Shrug off the blues and party at these lively and colourful festivals this northern winter. From carnivals and fire festivals to quirky parades, you’re bound to find something to warm your soul 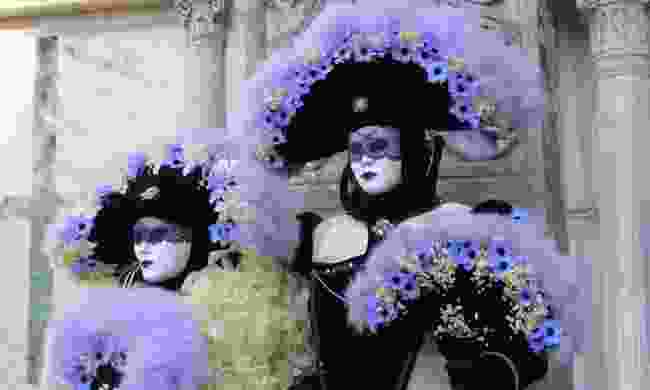 A couple in carnival costumes in Venice (Dreamstime)

Venice is picturesque and other-worldly at most times of the year, but during Il Carnevale the romance and intrigue goes up another level. The city’s narrow backstreets, city square and stately buildings are taken over by masked revellers, posing mysteriously or dashing off to a masked ball or colourful parade.

Held every February in the weeks leading up to Shrove Tuesday, Il Carnevale is a chance for Venetians – and a couple of million visitors – to hide behind an extravagant mask and indulge themselves. Even if you don’t take part yourself, it is certainly a spectacle, with decorated gondolas cruising the canals and impossibly costumed participants posing in St Mark’s Square and in front of the harbour nearby. 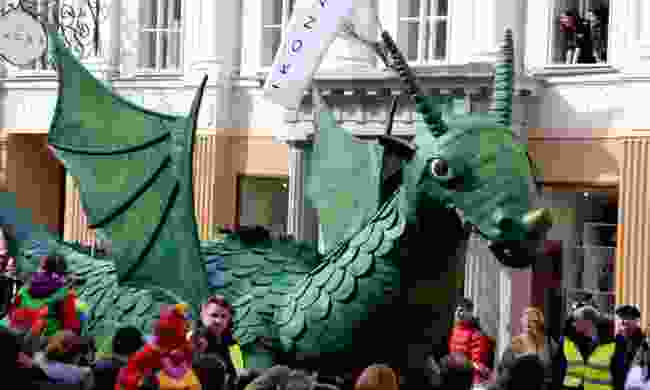 Should you find yourself in the Slovenian capital on Shrovetide Saturday, head down to Prešeren Square in the old centre of town for the annual Ljubljana Dragon Carnival. It’s a lively and much-loved event that includes dancing, puppet shows and a parade featuring local pagan characters like 'kurents', 'laufars' and marsh dwellers called ‘morostars’. It’s colourful and authentic and, for the uninitiated, a little scary.

The star of the parade is a huge green dragon, the symbol of the city. It leads the procession through the pretty streets of Ljubljana and is created anew each year by a local primary school.

Held on the last Tuesday in January in the tiny town of Lerwick in Scotland’s far flung Shetland Islands, Up Helly Aa is Europe’s largest and most spectacular fire festival. It’s a celebration of the islands’ proud Viking heritage, with islanders dressing up in traditional costumes, playing traditional music and partaking of a traditional drink or two.

The highlight is a dramatic torch-lit procession that culminates with over 1,000 costumed guizers throwing burning torches into a traditional Viking longship and watching it burn. It’s a sight you’ll never forget. 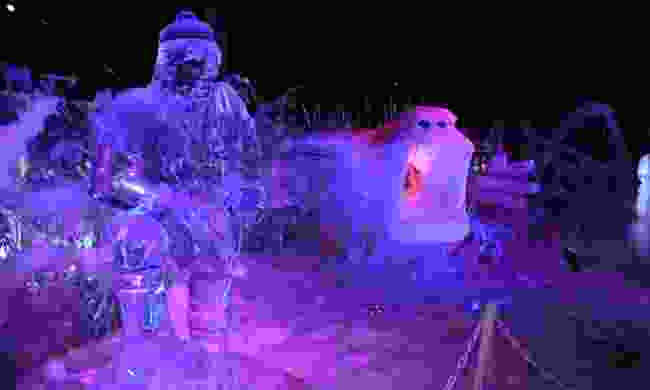 Ice sculptures based on the Disney movie ‘Frozen’ (Dreamstime)

Set amongst the charming Christmas markets and festive decorations in the chocolate-box town of Bruges, you’ll find the annual Snow and Sculpture Festival, held in a specially-constructed, climate controlled marque just in front of the station. From November to January, artists from all over the world descent on the town to create incredibly intricate ice and snow sculptures.

In 2018 the festival is celebrating the 90th anniversary of Mickey Mouse with a series of Disney-related creations, starring the most-loved heroes of Disney Classics, Pixar, Marvel and Star Wars. 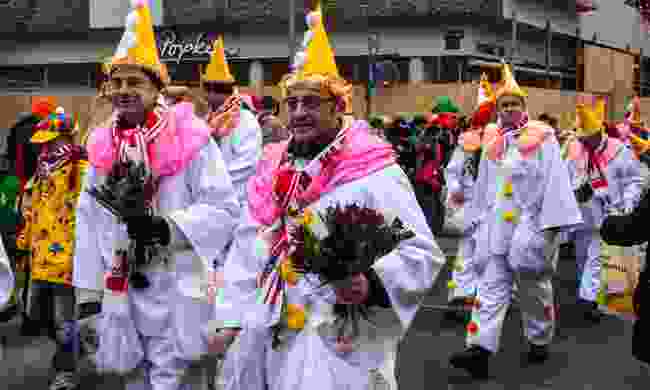 Without doubt the biggest and wildest celebration in Germany, the Colonge Carnival is so long and intense that it takes a breather halfway through. Kicking off on the 11th of November at 11:11 and finishing with a huge parade through the city on Rose Monday (two days before Ash Wednesday) it is temporarily suspended during the Advent and Christmas season, to give both the city and its people a break.

The carnival includes everything from concerts and traditional shows to balls and flamboyant processions. There is also a lot of drinking, and an awfully lot of people dressed up as clowns. It’s a traditionl, apparently, as is eating Krapfen (doughnuts), drinking Glühwein and yelling "Kölle Alaaf!” when your energy starts to flag. 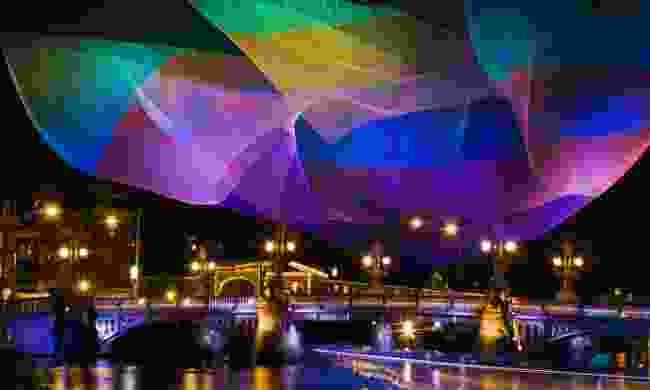 For 53-days in the darkest months of winter, Amsterdam throws off the gloom with a spectacular open-air exhibition that bathes the city in light. The very best light artists from the Netherlands and around the world descend on the city to use its world famous canals as their canvases, creating illuminated art works that are at once beguiling, intriguing and uplifting.

The Amsterdam Light Festival is held between November and January each year. The light sculptures and art installations are created to particular themes. In 2018 they are Biomimicry and A view on Amsterdam.

A colourful creation made from oranges and lemons (Dreamstime)

Nothing is guaranteed to banish the winter blues quicker than a colourful festival celebrating lemons in the south of France. Created when the region was the largest producer of citrus fruit in the world by hoteliers looking to create a bit of winter cheer, Fête du Citron is a zingy, zesty celebration that is joyous and fun.

Held every February in Menton, a picturesque coastal town on the French Riviera, the event includes a series of exhibitions and parades featuring fanciful citrus fruit creations. Head to Jardins Biovès to see the most spectacular ones.