Europe’s 9 most intriguing and impressive castles

These impressive fortresses were some of the most important buildings in medieval Europe, each with their own distinctive style and particular stories to tell... 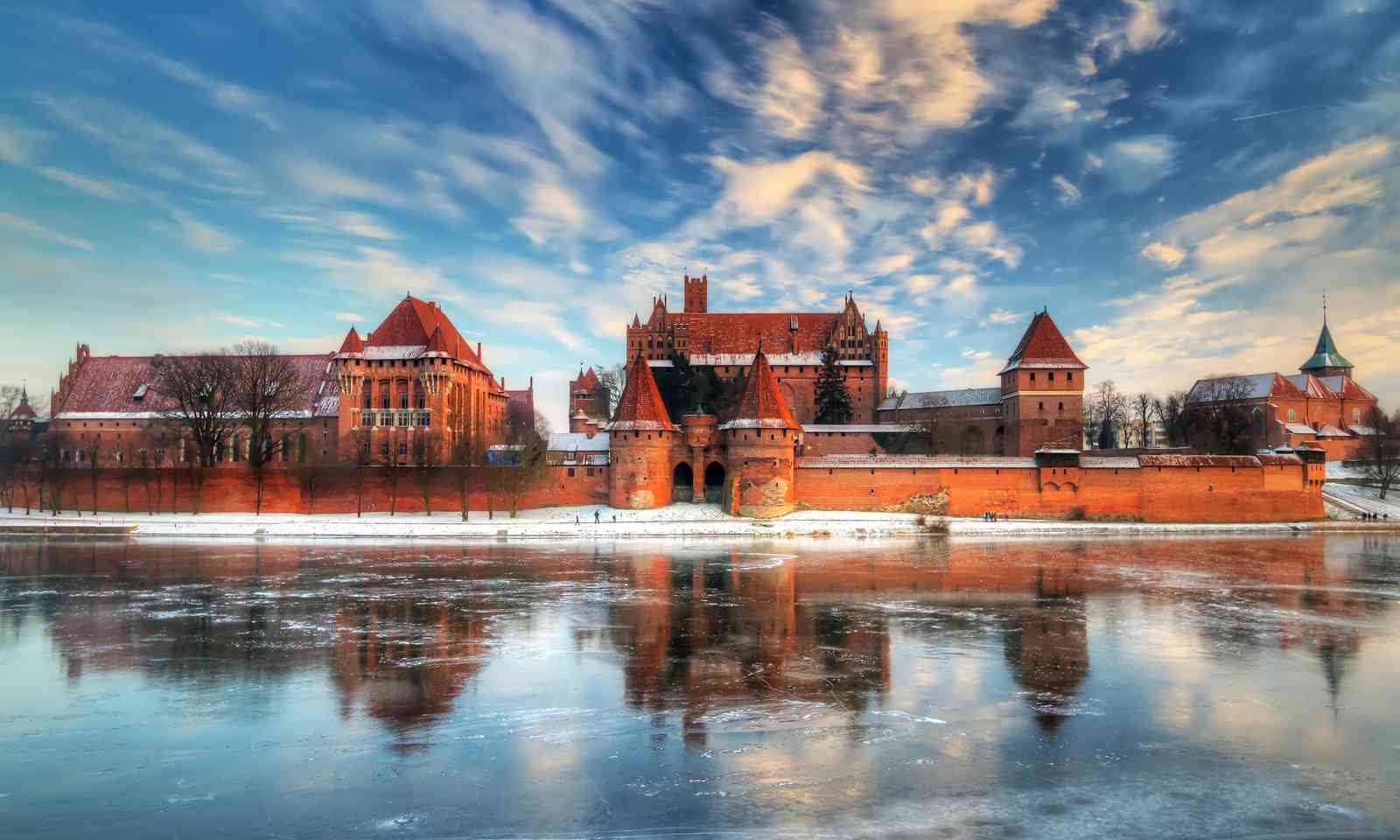 Built in 1274 by a German Roman Catholic order of crusaders known as the Teutonic Knights, Malbork Castle in Poland is the largest castle in the world measured by land area. Built with distinctive red bricks in a Gothic style, the complex is actually made up of three castles and was extended numerous times over the course of its history.

The castle has served as the residence for several Polish royals and was, at one point, occupied by Swedish forces. It is a designated UNESCO World Heritage Site and can be easily reached from Gdansk, a city the Knights who built the castle once controlled. Built on a craggy ridge above Spišské Podhradie to protect local lords from rampaging Tartars, Spiš Castle has always provided sanctuary for nobles feeling under the kosh. To quote the official Slovakian Tourist Board website, it’s a large castle that "stands proudly on the hill above the plebs."

Today, only ruins remain, but the castle is impressive nonetheless. Both Dragonheart and The Last Legion were filmed here. The castle was declared a national monument in 1961 and made the UNESCO World Heritage list. 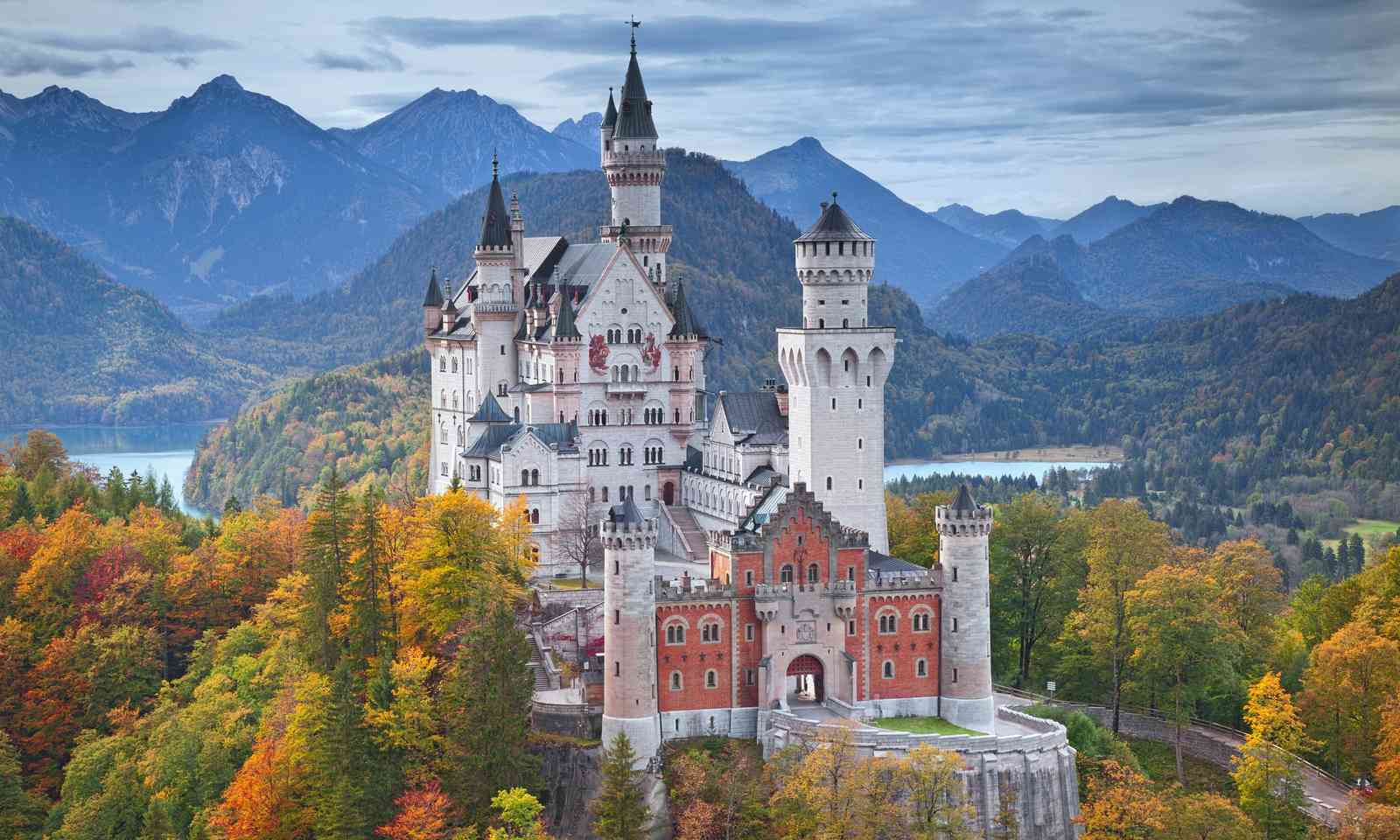 A little bit of Disney in Bavaria, or vice versa (Dreamstime)

If you’ve been to Disneyland, chances are you’ll recognize Neuschwanstein Castle, even if you’ve never been to Germany. The fairytale castles at the heart of every Magic Kingdom around the world are based on the extravagant structure built by King Ludwig II in 1869.

Perched on a rugged outcrop above the tiny Bavarian village of Hohenschwangau, Ludwig built the castle as a refuge in an attempt to hide from the outside world. Ironically, the castle is now one of the most visited in Europe with 6,000 visitors streaming in the grounds every day in summer. 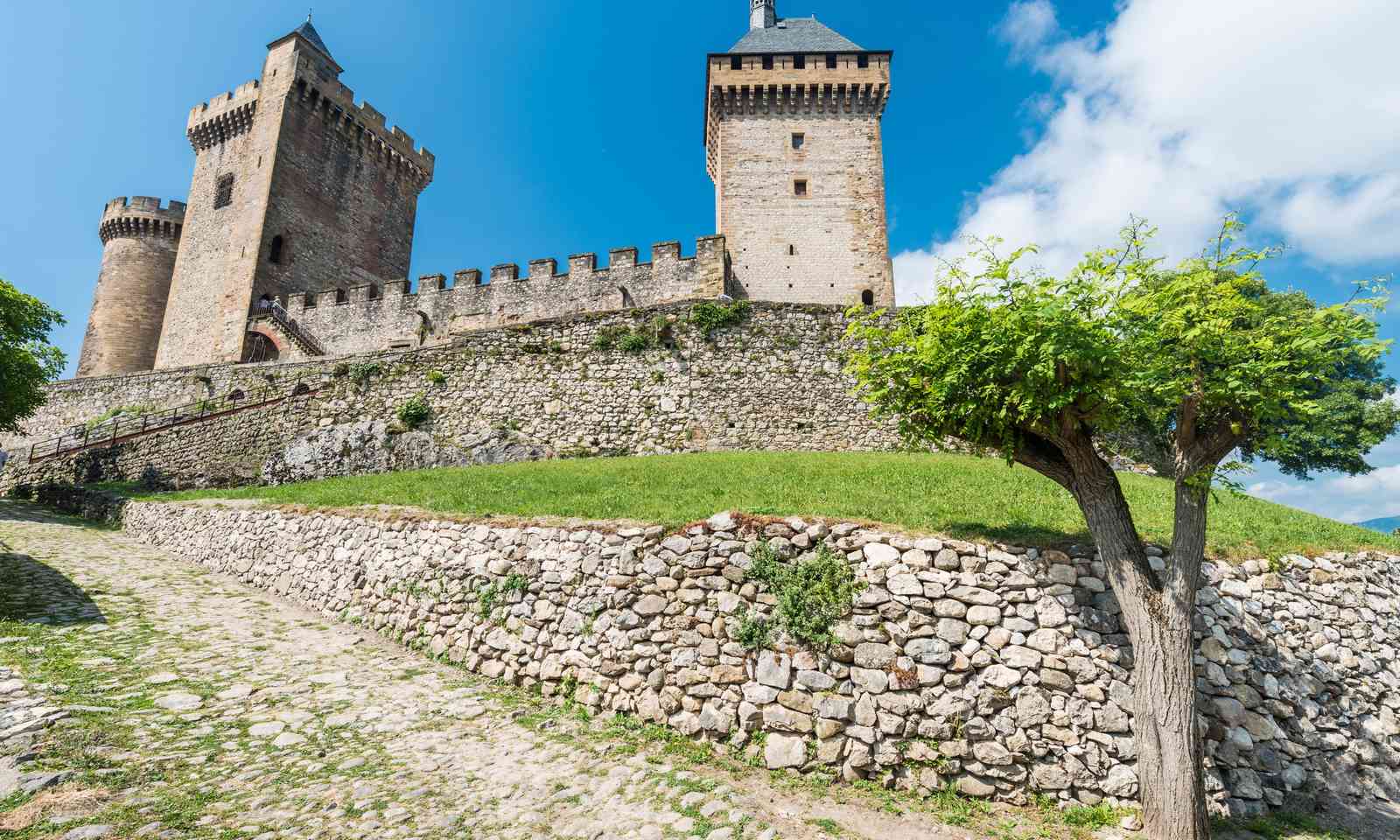 Dominating the town of Foix in Ariège, Château de Foix is perhaps the most impressive of the Cathar Castles that dot this region of France. It provided sanctuary for persecuted Cathars and survived numerous sieges, most famously by Simon de Montfort, twice. It was only taken once and, even then, only because of treachery from within the castle.

Today, the castle houses a museum on the history of the site and exhibits designed to show how it was used in medieval times. 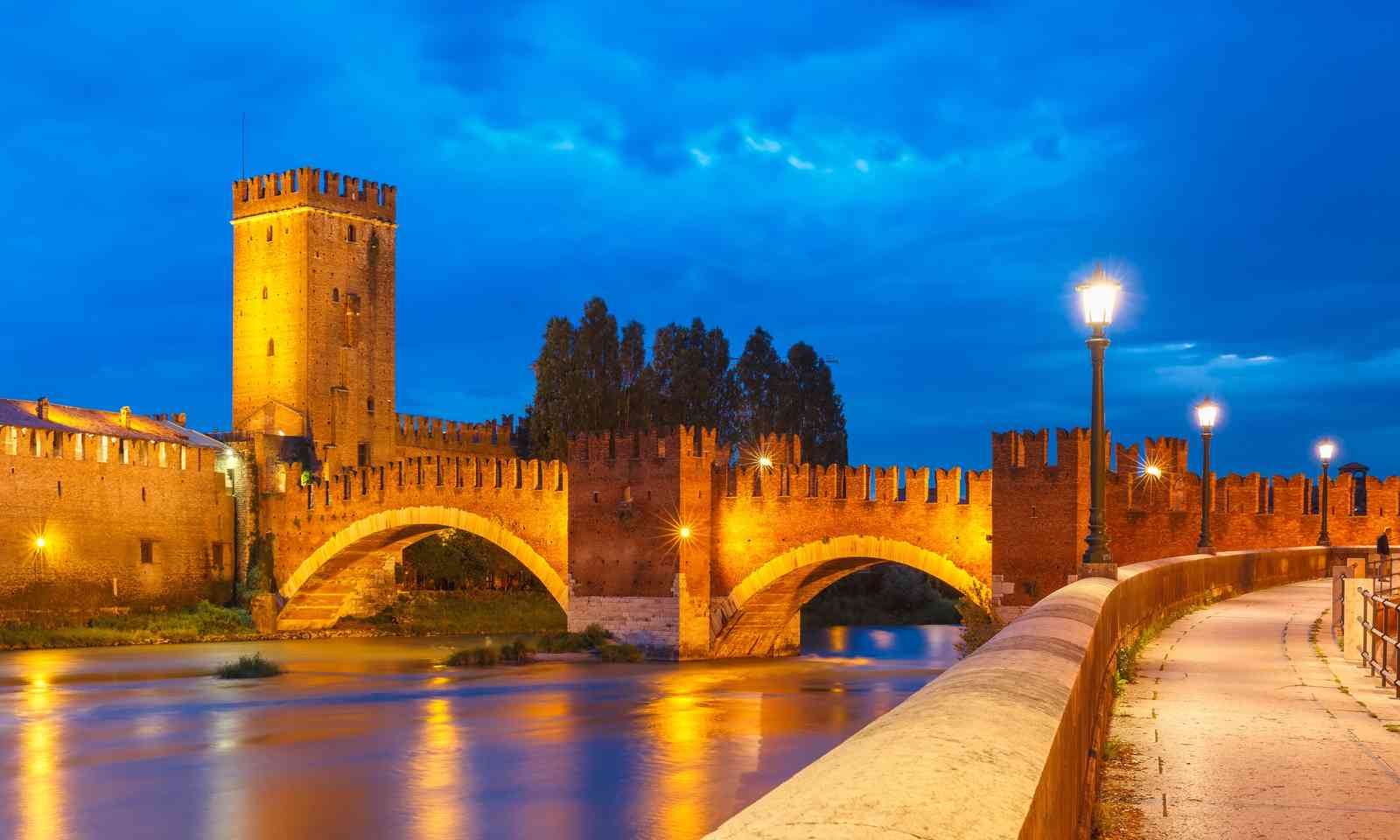 The most spectacular medieval edifice in Verona, Castelvecchio was built on the banks of the Adige by Cangrande II della Scala in 1354. It was intended to defend the people of Verona, he claimed, but many believed it was designed to provide Cangrande II with an escape route north to Austria, where his relatives lived.

The structure is plain by Italian standards, with the M-shaped merlons running along the castle and bridge walls providing the only flourish. It sits strong and compact beside the river, housing the Castelvecchio Museum and a local officers’ club. 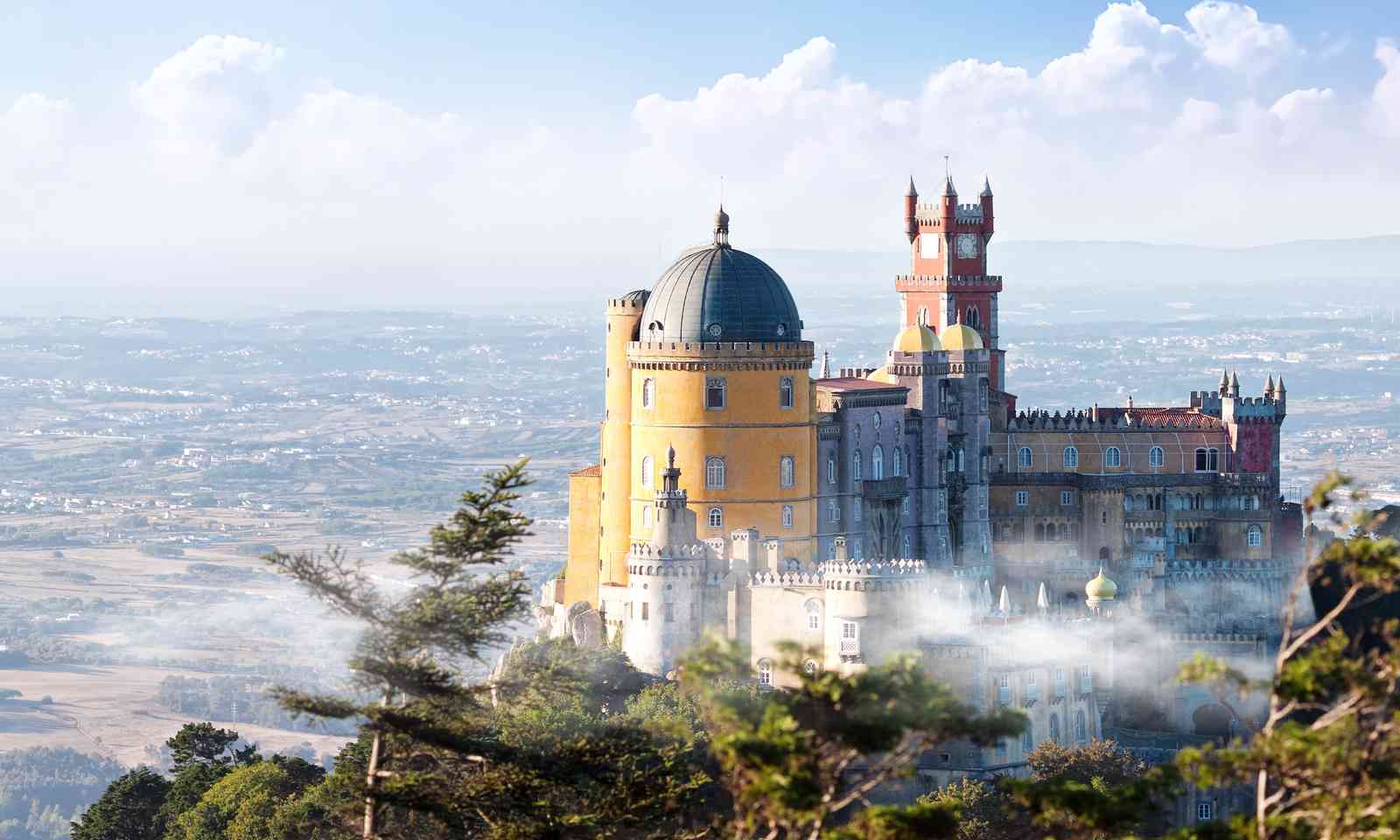 Pena Palace in the mist  (Dreamstime)

Displaying influences from both Manueline and Moorish styles of architecture, the Palace of Pena in the Sintra Hills near Lisbon is regarded as the greatest expression of 19th-century romanticism in Portugal. Commissioned by King Ferdinand II, it was built to be seen from any point in the park that surrounds it.

The park is impressive too and comes complete with its own forest and a botanical garden (of sorts), boasting over five hundred different species of trees originating from every corner of the planet. 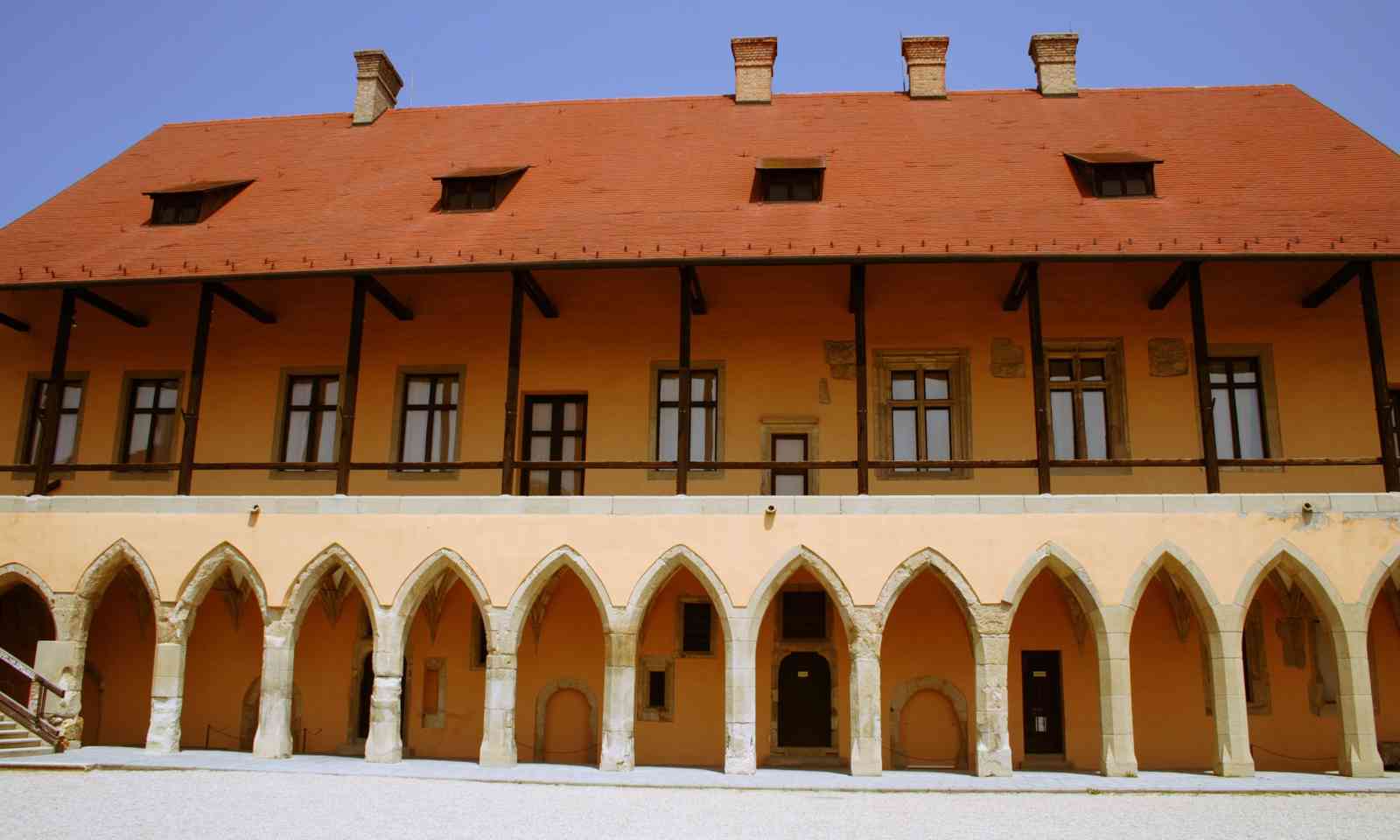 After the Mongols tore up the Hungarian town of Eger in 1241, the local bishop decided to build a castle on a rocky hill overlooking the town. A squat, compact structure was thrown up quickly and embellished with a Gothic palace in 1470.

The castle is most famous for fending off the Turkish army during the Seige of Eger in 1552. 40,000 Turks attacked the castle, even though it only had 2,000 men defending it. The Turks suffered massive casualties and withdrew.

Those exploits have ensured that the castle is one of the most popular attractions in Hungary to this day. Visitors are treated to a museum, a complex of underground cellars, an ancient vase exhibition and a waxwork display. 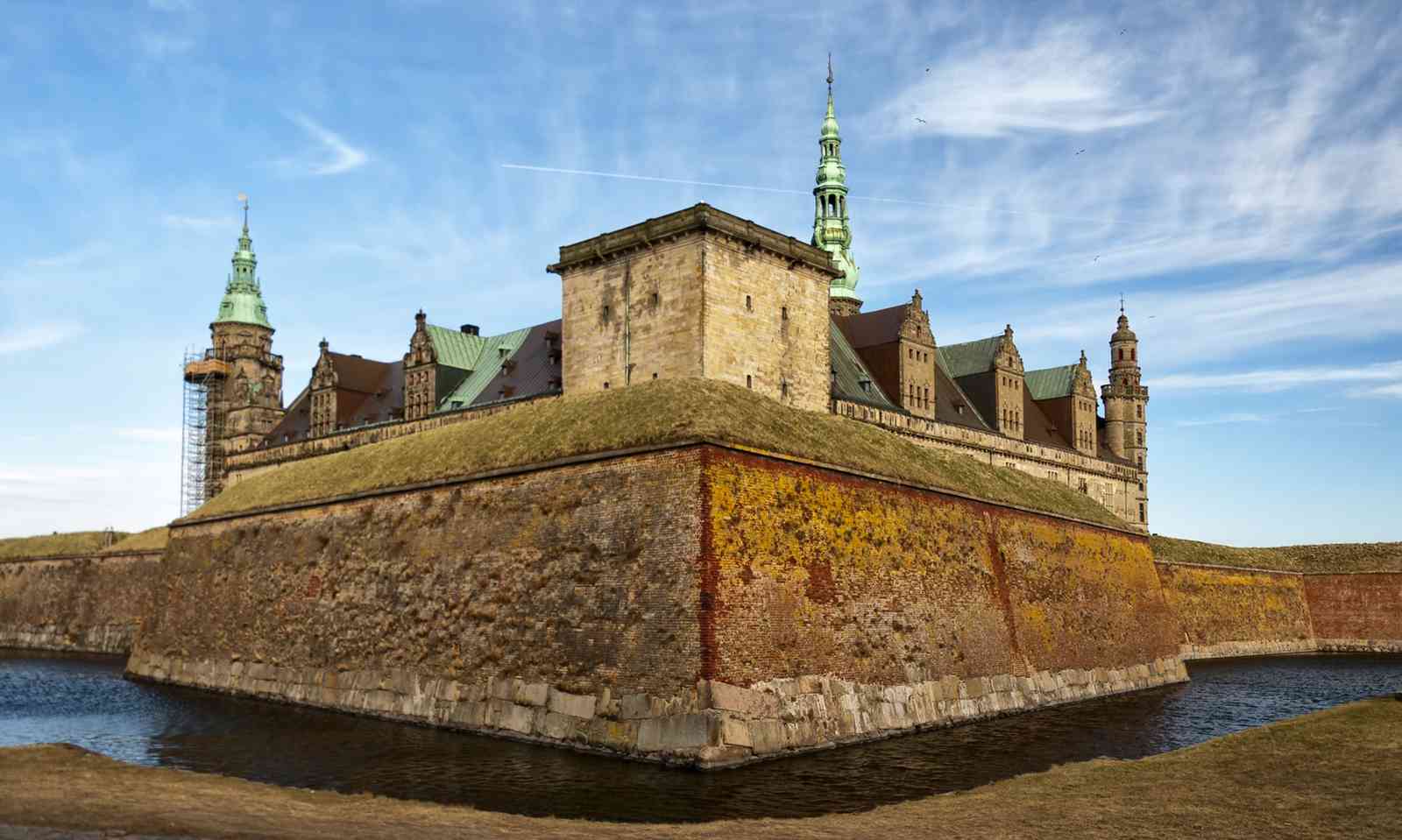 Kronberg is a castle and stronghold in the Danish town of Helsingør, situated on the north-east tip of Zealand. You probably know it better as Elsinore, the castle immortalised in William Shakespeare’s play Hamlet.

Originally an unassuming coastal fortress protecting this strategic part of the Baltic Sea, Kronberg was transformed into a magnificent Renaissance castle by Frederick II in 1574, capturing the imagination of Shakespeare at the time and UNESCO more recently.

Hamlet was performed in the castle to mark the 200th anniversary of the death of William Shakespeare, with a cast consisting of soldiers from the castle garrison.

9: The Alcazar of Segovia, Spain 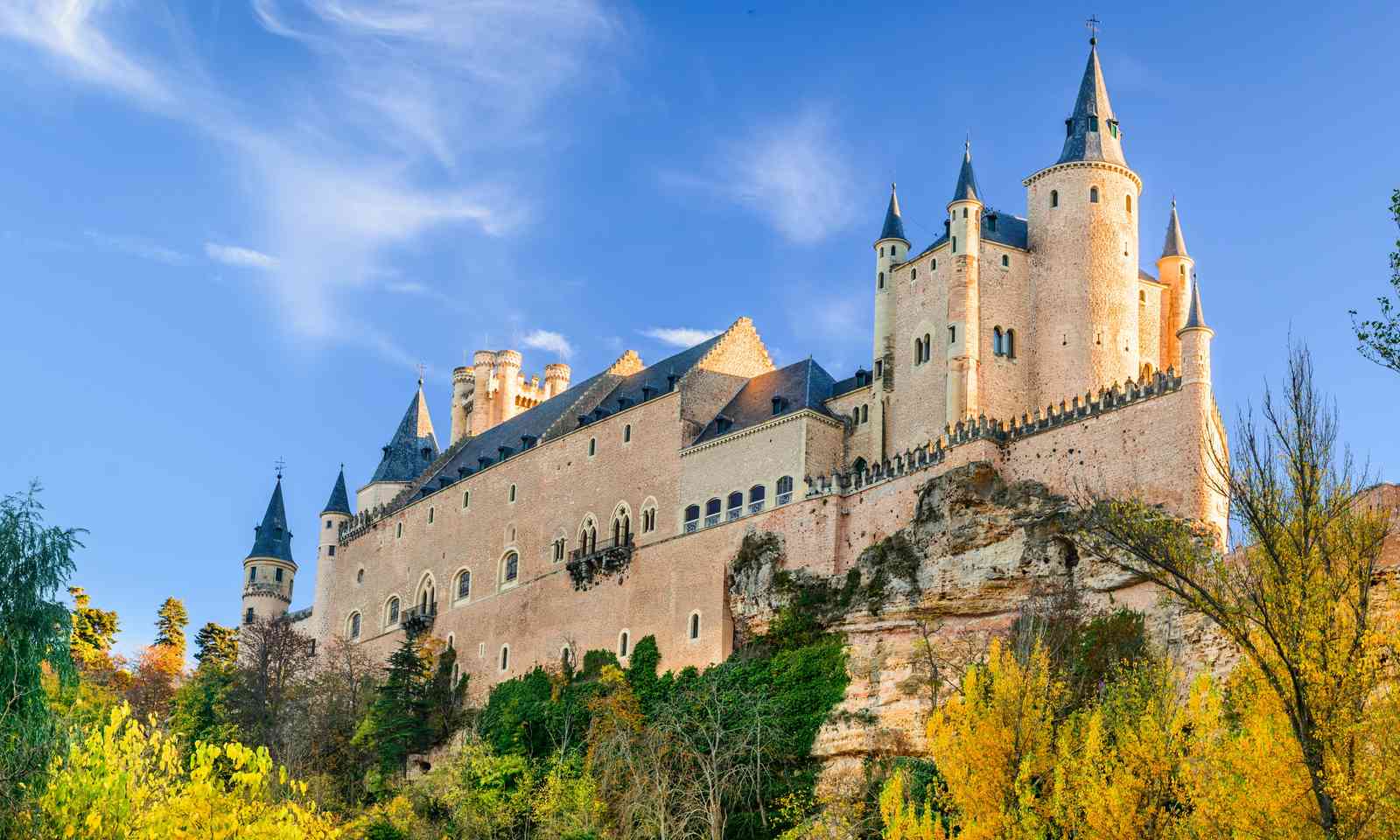 Ahoy, the Alcazar of Segovia (Dreamstime)

Jutting out on a rocky crag above the confluence of the rivers Eresma and Clamores, the Alcazar of Segovia certainly catches the eye. From some angles, it looks like the bow of a ship.

Originally built as a fortress by the Romans, it has served as a Royal palace, a state prison, a Royal Artillery College and a military academy. Legend has it that the castle was the inspiration for the castle that appeared in the original version of Walt Disney's Cinderella.