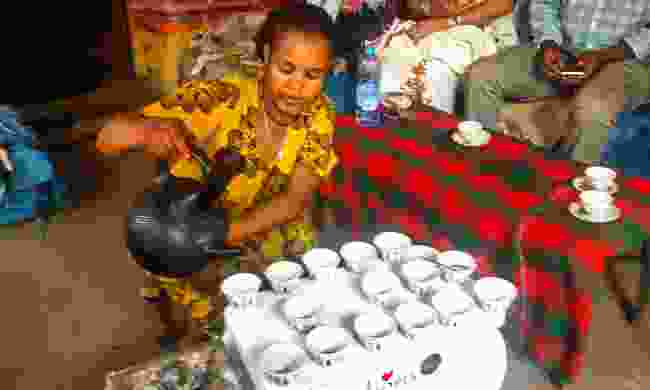 There are conflicting reports as to who first discovered coffee beans in Ethiopia’s highlands. Around 850 A.D., a goat herder named Kaldi noticed his animals eating the bitter red berries and noticed it altered their behaviour; this was then reported to the local Monks who took to brewing this magic potion. However, it is also recorded that the Oromo tribe would chew coffee beans as a stimulus for hunting while a Moroccan Sufi mystic was also credited with being the first to try coffee while in Ethiopia.

Whatever the origin, Ethiopian people, and the world, have been enjoying this deep dark delicious drink for hundreds of years. The Ethiopian coffee ceremony involves getting neighbours over to share conversation and a beverage, but the ritual is performed in coffee houses, too. First, popcorn is made and set aside to accompany the coffee. Then fresh beans are roasted on a tiny fire with incense burning close by. Small china cups, without handles, are carefully laid out as the beans are roasting.

Once finished, the beans are then ground, mixed with water and returned to the fire in a metal coffee pot. An incredible smell wafts through the air as the coffee percolates. It is then carefully poured out, and enjoyed by everyone taking part.  Milk is never added but sugar is usually available. 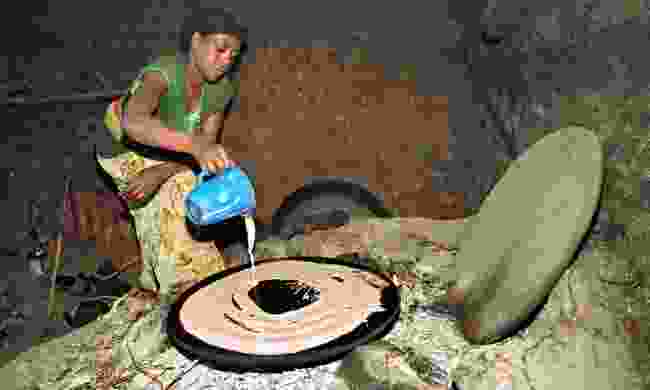 The Ethiopians, quite ingeniously, use injera, a type of flatbread, as an eating utensil.  With their right hand, they scoop up curries, salads, lentils and meat with a torn off bit of the bread and then pop it in their mouths. Injera is made with Teff flour, cooked and then allowed to ferment for 3 – 4 days. The result, after baking, is a sour, spongy bread that looks a bit like a soft tortilla and has quite an unusual tangy flavour. 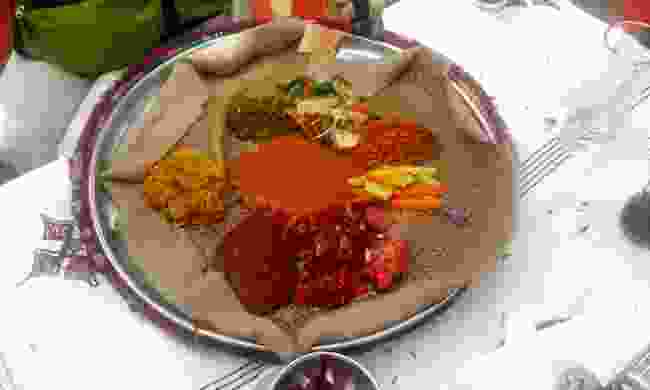 During a strict fast (such as Lent) Orthodox Christians may not eat meat, meat products, fish, eggs, dairy, wine, or oil; however, vegetables, fruit and lentils are all allowed.  A fasting plate, available in traditional restaurants, is a large circular platter draped with the ubiquitous injera bread. Portions of lentils, salad and curry sauces arranged in small palm sized portions on top.  A section of the injera is torn and then used like a small tortilla, to eat the curry sauce (be careful as these are often very spicy) and other food.  Ethiopians only ever use their right hand when eating as the left is, well, used for other purposes. 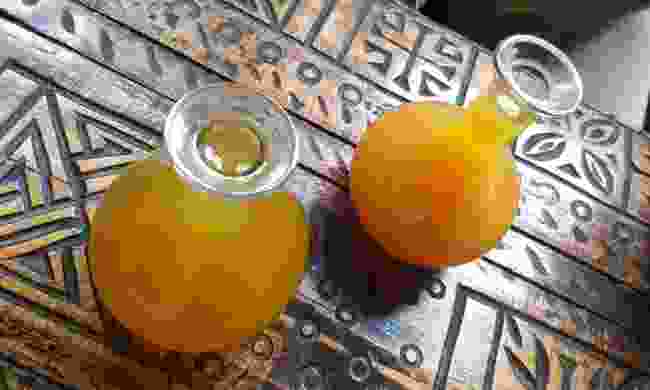 This fermented golden mead may be too sweet for some but is a solid favourite with Ethiopians and has been since time immemorial.  Also known as Tej, you can find it in Tej Houses and frequently in bars particularly in the highlands. Flavoured with gesho, the shiny leaves of the buckthorn plant, this drink can have an alcohol content of up to 40% depending on how long it has been fermented.  Served chilled in long-necked bottles known as bereles, it is the perfect foil to spicy sauces and curries. 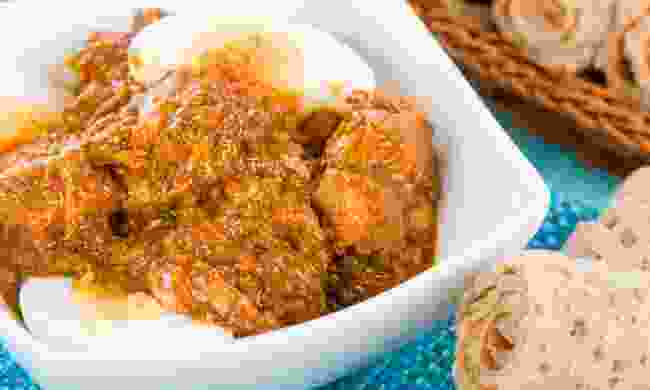 Popular all over the world, you will have to go to a traditional Ethiopian restaurant such as Totot Kitfo in Bole, Addis Ababa to try this dish but it is worth the effort. Doro Wet is a spicy chicken stew with ingredients that include a fiery red spice (berbere) onions and also niter kibbeh (clarified butter). Chopped collard greens and boiled egg are often added during the slow cooking process. This stew is very flavourful but extremely hot. You have been warned! 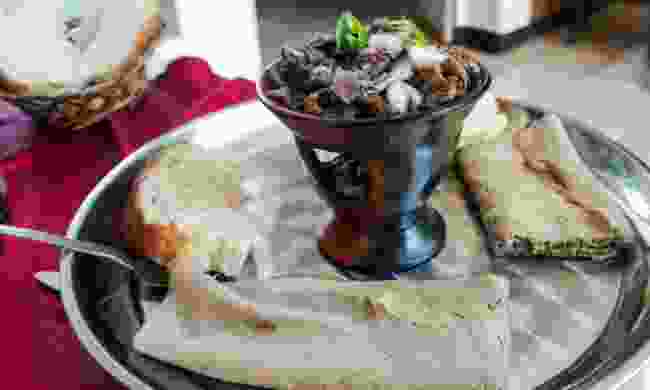 There are several dishes associated with Timket, the Orthodox Christian celebration of Epiphany, including Doro Wet, Kifto and Tibs. Tibs are small pieces of grilled meat such as beef or goat (often referred to as lamb in restaurants) that are frequently twinned with ayibe (a soft crumbly cheese). Kifto is minced raw beef marinated in mitmita (a chili-powder based spice) plus niter kibbeh (clarified butter). Tere Saga is another raw meat speciality that is a ceremonial dish frequently served at weddings.