From Wordsworth and the Brontes to Agatha Christie, England's produced some of the world's favourite authors. Pay your respects at the places where they worked and the landscapes that inspired them 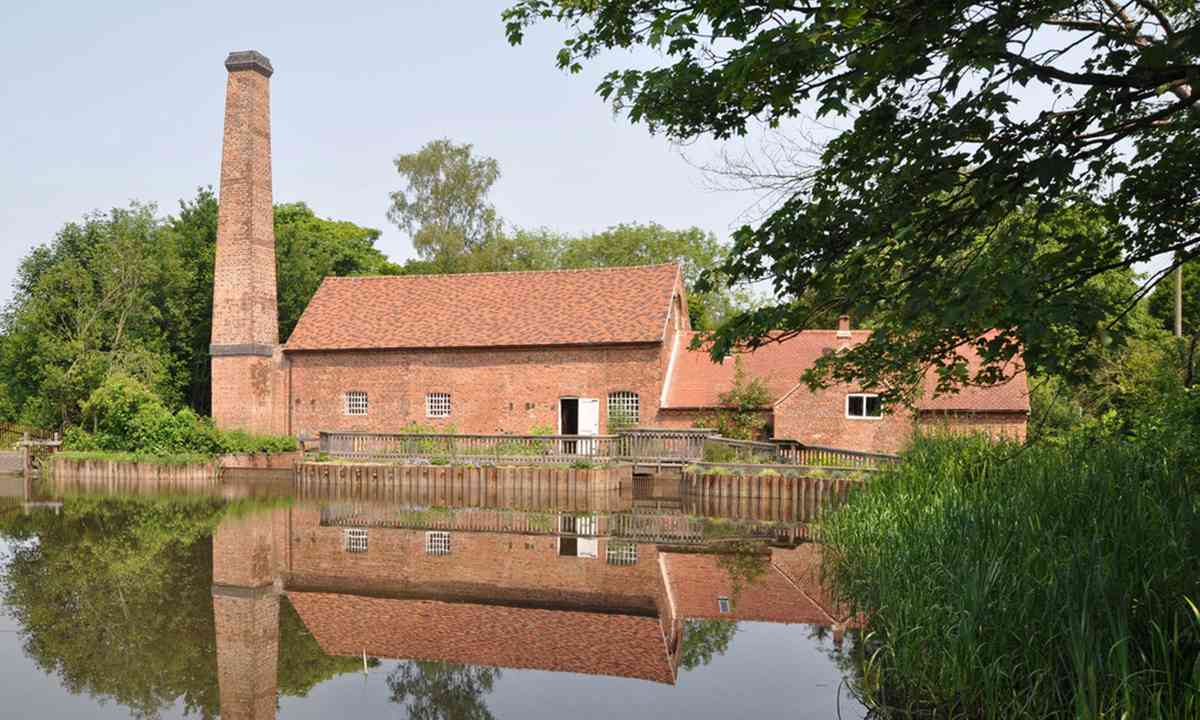 Forget what the New Zealanders would have you believe. The real Shire and Hobbiton are to be found near Birmingham, in the small village of Sarehole.

It was here that author JRR Tolkien grew up, spending hours playing around Sarehole Mill with his brothers and being chased by the miller’s son, who they unkindly nicknamed the 'White Ogre'.

Tolkien said that the times he spent at Sarehole were the happiest years of his youth. In the 1960s, he led a public appeal to restore the Mill. It is now a museum and a popular place of pilgrimage for Tolkien fans, many of whom dress up, especially as Gandalf and other characters for the occasion.

Agatha Christie, arguably the world's most famous crime writer, was born in Torquay in 1890 and many of her novels are set there. Indeed, 20 places that inspired her works can be visited by following the Agatha Christie Literary Trail.

Fans can also attend the annual International Agatha Christie Festival. The dates always fall around the 15th September, to celebrate Agatha’s birthday, and the programme includes talks from leading crime writers, murder mystery dinners, and tea parties designed to reflect the style and opulence of the Jazz Age. 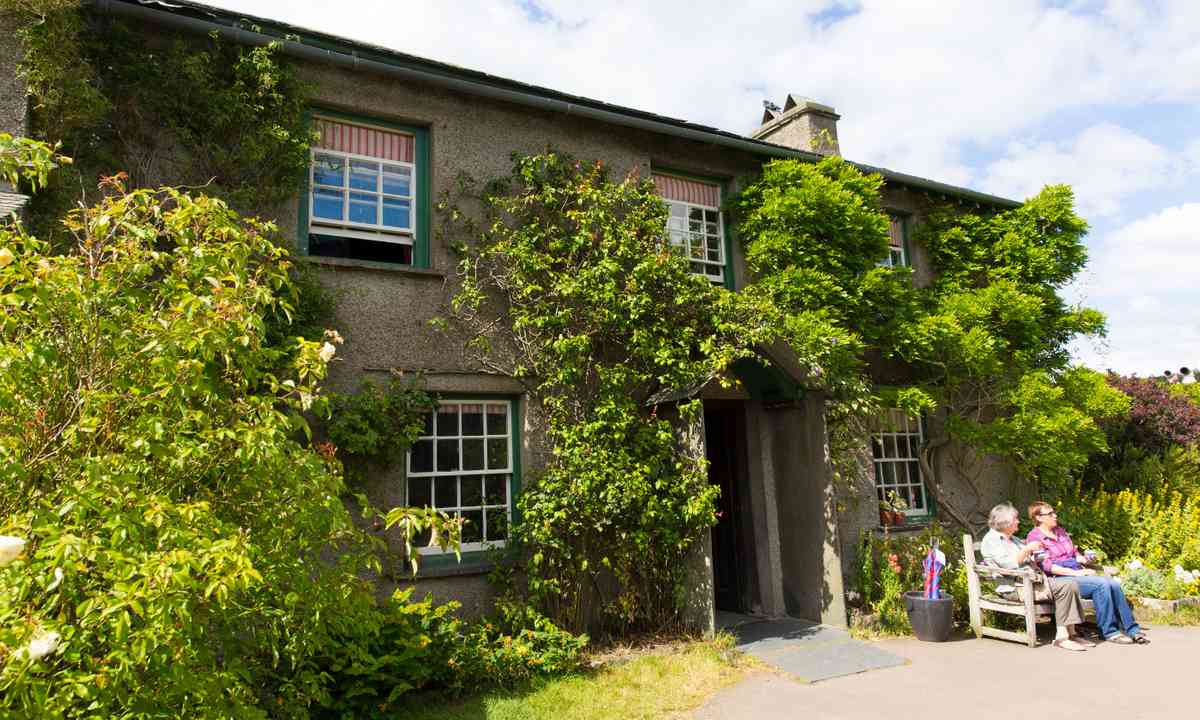 Within moments of arriving in England's enchanting Lakes District, it is immediately apparent what a great influence it had on the work of beloved children’s author and illustrator Beatrix Potter.

In works like The Tale of Peter Rabbit, Potter celebrated the British landscape and country life, capturing the charmingly quaint world immediately around her home at Hill Top.

Managed by the National Trust, the house is now open to the public and looks as though its owner had just popped out. Every room contains a reference to a picture in one of her 'tales'. 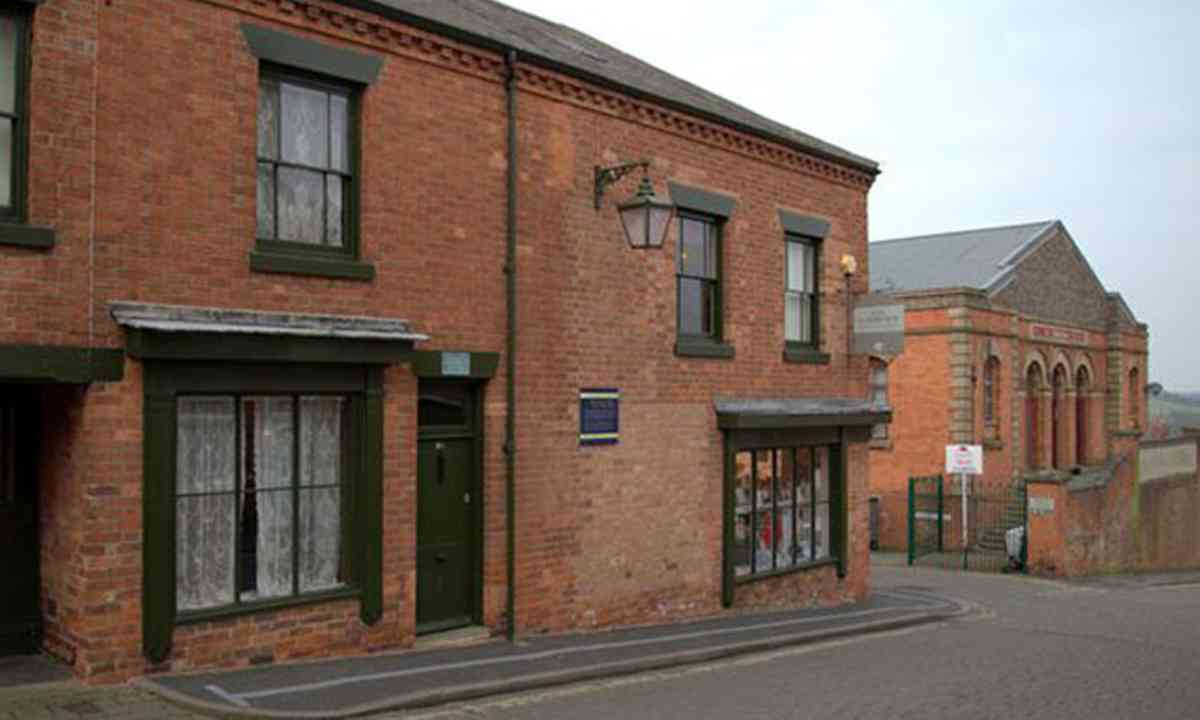 The house where Lawrence was born (DH Lawrence Brithplace Museum)

From Lady Chatterley's Lover to Women in Love, DH Lawrence was an author who always pushed the boundaries. Many scholars trace this back to his early life and working class origins in Eastwood, Nottinghamshire, an area you can still explore today and get a better understanding of the man and his work.

The DH Lawrence Birthplace Museum is housed in the place he was born and details his family history and how the local area influenced his writing. You can then follow in his footsteps along the Blue Line Trail and see firsthand many of the places that feature in his work. 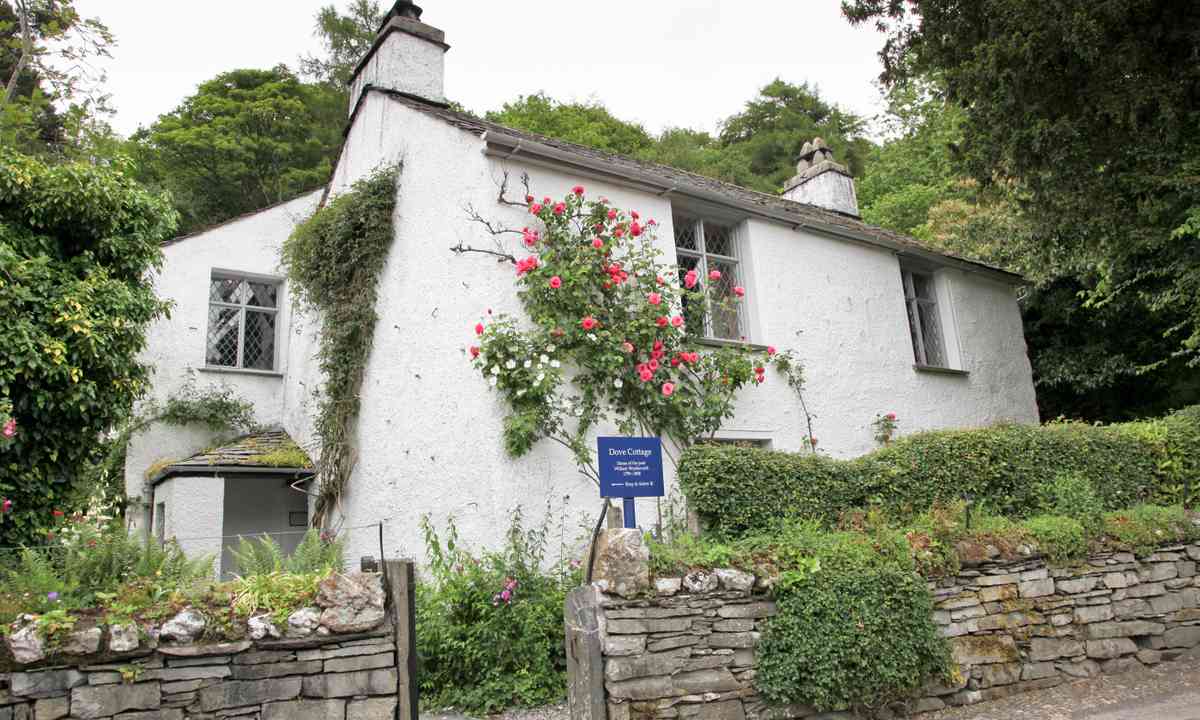 Wander "lonely as a cloud" through the picturesque corner of northwest England that inspired poet William Wordsworth to write Daffodils and other beloved poems.

Daffodils was written in Dove Cottage, a quaint home in Grasmere, where Wordsworth lived with his sister between 1799 to 1808. The cottage is open to visitors who can take a guided tour of the property and hear stories about the Wordsworth family’s daily life and entertaining tales about their famous visitors.

Entry to Dove Cottage includes a visit to the Wordsworth Museum and Art Gallery, where there are changing displays and exhibitions of historic artefacts and original manuscripts. 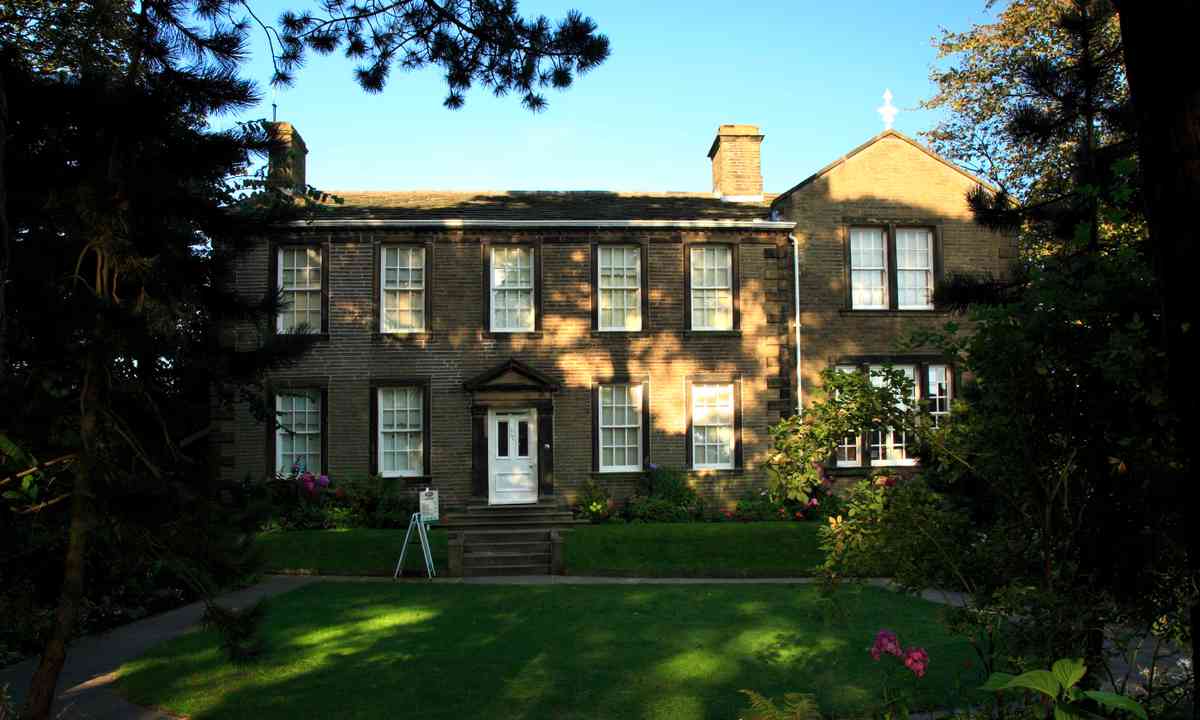 Set in a wild corner of the Yorkshire Moors, the Bronte Parsonage Museum is a great introduction to the way the sisters lived and an insight into the landscapes that shaped their writing.

The house is furnished with many of Charlotte’s personal possessions, including the original table where she sat and wrote Jane Eyre.

Nearby, you'll find the Brontë Waterfalls and the Brontë Bridge, considered to be the sisters' favourite places in the village of Haworth where they grew up. 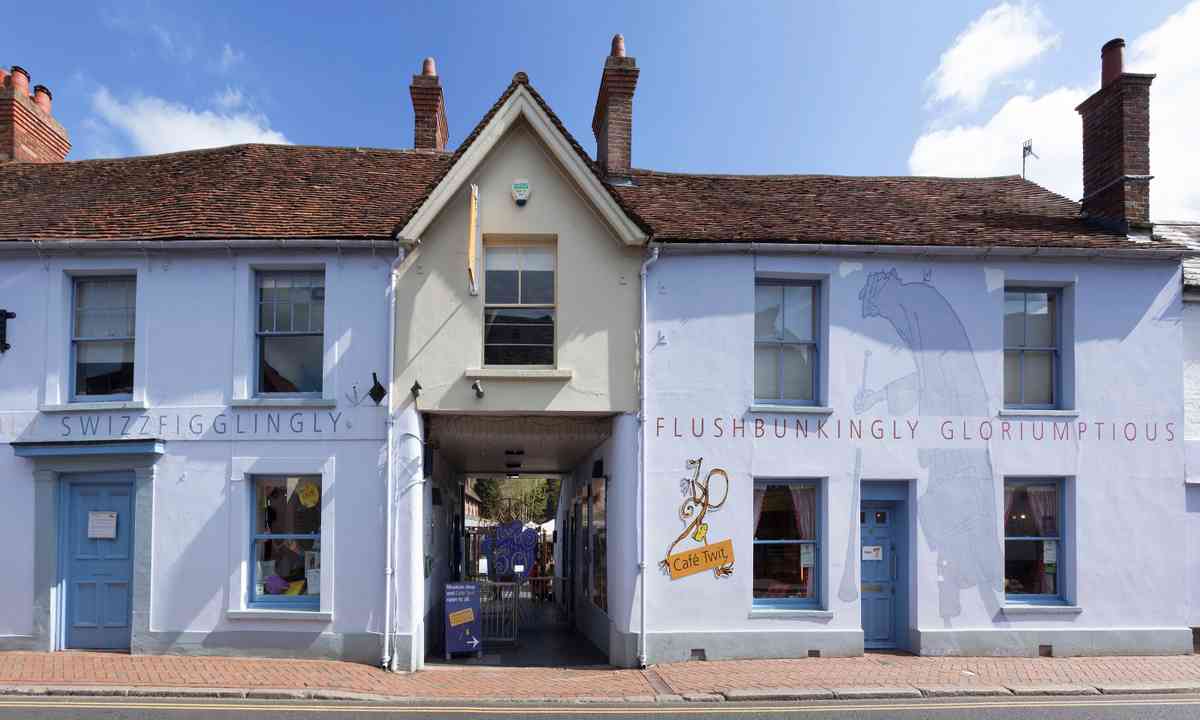 The Roald Dahl Museum in Great Missenden is as playful and strange as the man it celebrates. Featuring two fun and fact-packed biographical galleries, visitors are encouraged to rummage through his photo albums, smell the giant chocolate doors and poke around Dahl’s Writing Hut.

Aimed at 6-12 year olds , there's also a Story Centre where visitors are encouraged to dress up, make up stories and generally let their imagination run wild.

Finish your visit at Café Twit where Oompa-Loompa lunch bags, SandWitches and Whizzpoppers are the lunchtime staples. 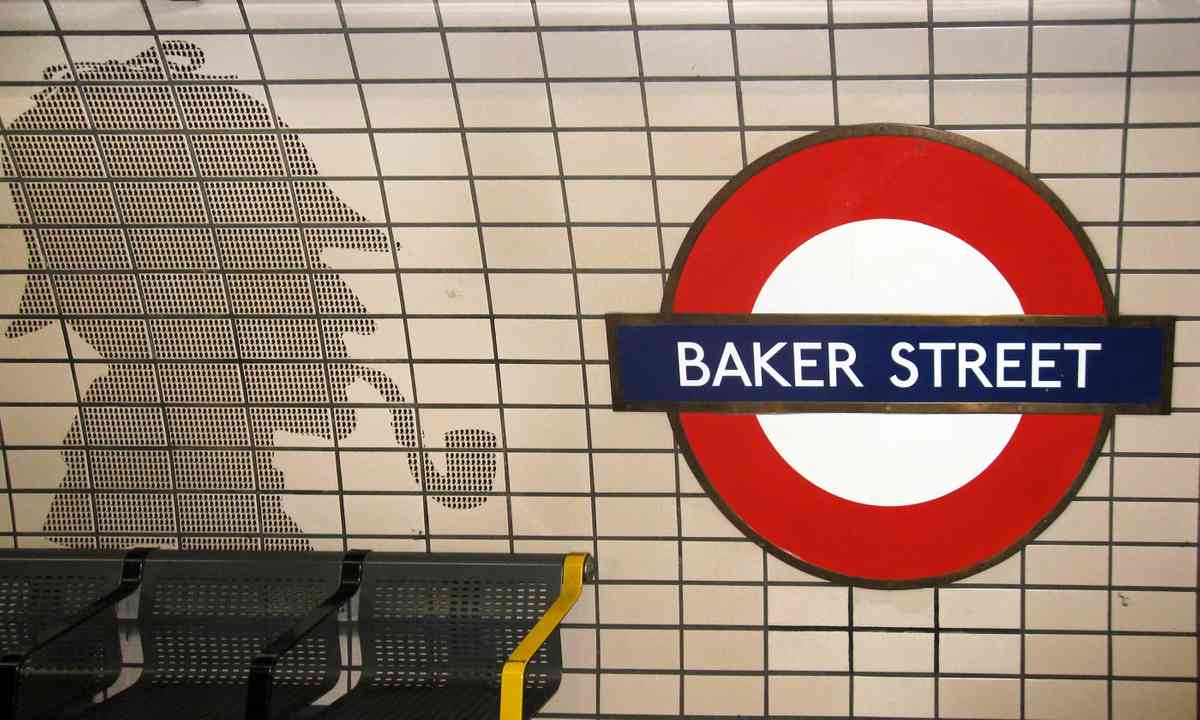 Written by Sir Arthur Conan Doyle in 1887, the adventures of Sherlock Holmes and his friend Dr Watson are world famous detective stories set in Central London. After a rash of Hollywood films and TV series on both sides of the Atlantic, interest in Sherlock Holmes has never been higher.

Finally, head to Covent Garden, where your table at Sherlock Holme's favourite restaurant, Simpsons in the Strand, awaits. 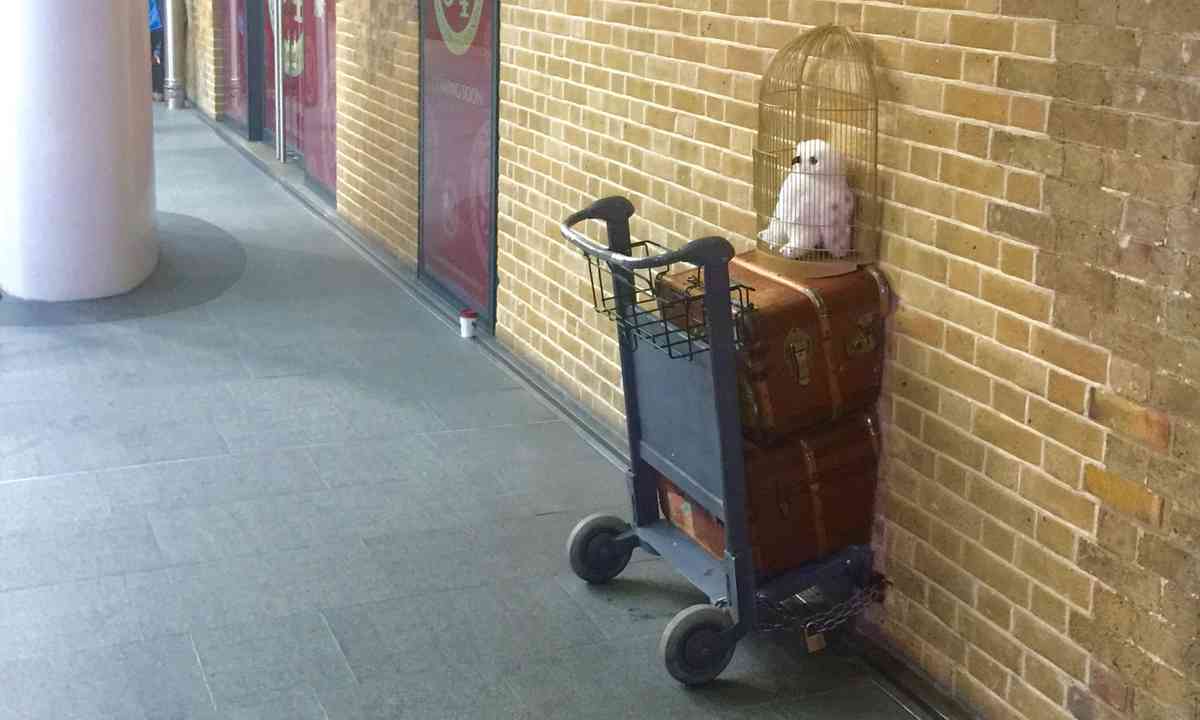 From Baker Steet, catch the bus to Kings Cross Station, home to the world's most magical platform - Platform 9¾ - where young wizards catch the Hogwarts Express to the famous wizarding school.

For years, a the back end of a luggage trolley stuck out of a wall that divided platforms 9 and 10, tucked away in a corner of Kings Cross station that very few people used. After massive renovations, it was moved to a wall in the main concourse, next to a conveniently located Harry Potter Shop.

Watched over by security guards, on hand to quell excitable Harry Potter fans, you can get your photo taken next to the trolley, since embellished with a cage, sometimes holding a stuffed Hedwig.