Elizabeth White: “It’s a place that’s both heaven and hell.”

10 years on, Planet Earth is back. We talk to producer Elizabeth White about sloths, penguins, the epic journey to remote Zavodovski island and what it takes to be a wildlife film-maker…

Planet Earth was a massive hit. Was it exciting to work on Planet Earth II and to try to raise the game again?

It’s both an exciting and intimidating prospect to follow something as iconic as Planet Earth. In this series, we’ve taken a much more intimate look at life on Earth. The aim was to get eye-to-eye with wildlife and ‘see’ the world more as animals do. That’s mainly been possible through the use of the new, smaller hand-held camera systems, remote camera technology and drones, and also through the storytelling. We’re more about character and intimacy.

Why did you want to film on Zavodovski island?

While working on Frozen Planet, I had the pleasure of sailing with yacht skipper Jerome Poncet, who’s spent his career sailing in Antarctica. He talked about the South Sandwich Islands, and his description that Zavodovski was ‘something else’ just captivated me. The fact it’s the largest penguin colony in the world, a true ‘heaven and hell’, made it perfect for a film about islands.

It wasn’t easy though. The islands lie around 1300 miles east of the Falklands. They’re a chain of volcanoes, some still very active, and many difficult to land on. They also happen to lie in a remote part of the South Atlantic where bad weather is the norm, and with no other landmass as shelter, they’re battered by regular storms. 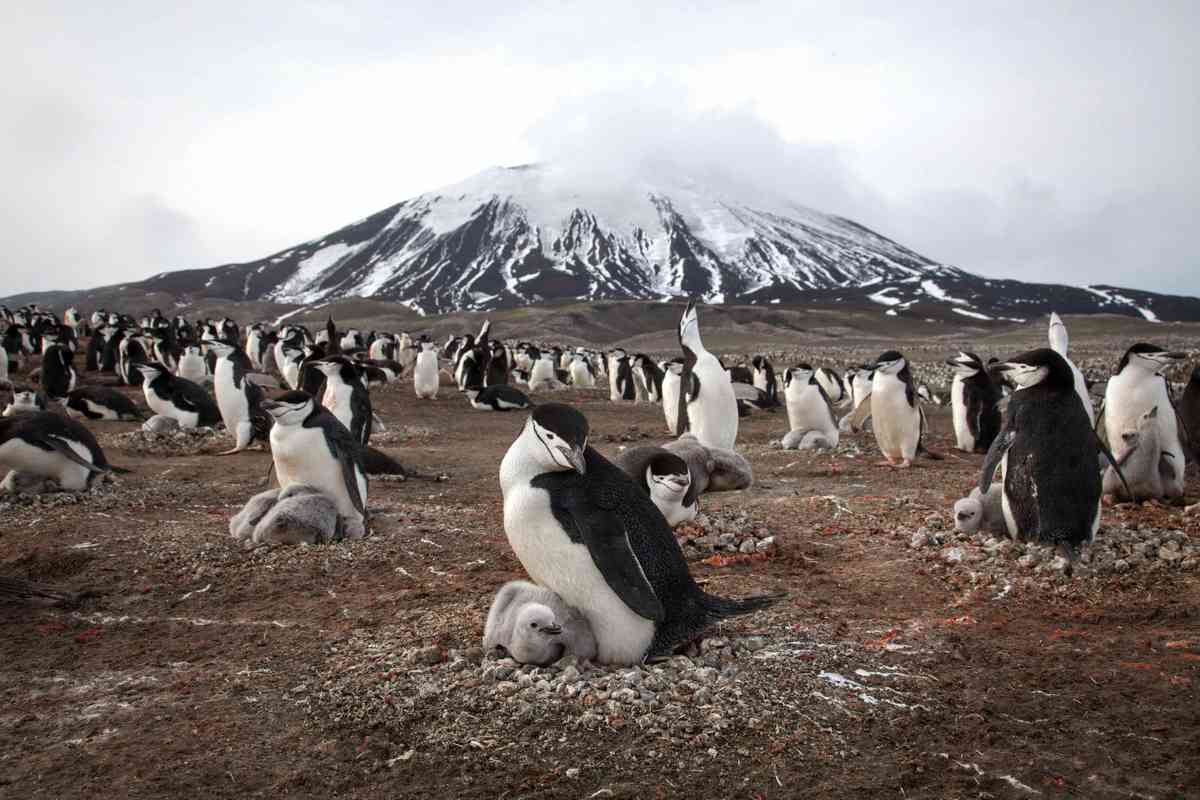 Any voyage in the Southern Ocean is likely to be rough, but this one meant seven days there, eight days back, on a 62ft small yacht in pretty almighty seas. I personally don’t get particularly seasick, but some of the team were bunk-bound for a large proportion of the journey.

Perhaps the hardest aspect is the boredom. It’s quite hard to actually do anything when you’re having to steady yourself against the waves.

Was it a difficult shoot on the island?

‘Committed’ is the word we used to describe this trip. Everyone involved had to be aware that it was very remote, the journey would be long and arduous, and that we were our own safety net; there’s nobody to help you if something goes wrong. Some cameramen turned it down.

It took around 18 months of planning, pulling together the right team, sourcing the right kit and getting permissions. As the producer, I had sleepless nights for months in advance. The reality was, I enjoyed every minute of it and would return at the drop of a hat.


Penguins have been seen in many wildlife docs before. What new sights or behaviours were you trying to capture to take the footage beyond what we’ve seen before?

Obviously, the location was ‘new’ and we knew we would see spectacular behaviour of penguins going out to sea and struggling to get back.

Beyond that, we were going for intimacy. We wanted to capture a sense of what it is like to be a penguin living in a place that is both ‘heaven and hell’. The aim was to put the viewer into the penguin’s world, following their journey and little moments at the nest that give you a sense of daily life. That involved putting in time, working carefully and slowly, getting the penguins used to us and finding individuals to film that were neither frightened nor too curious about the camera.

Were you using any new techniques or ideas to get original shots?

The story of the individual family was where we could try something different with the footage with regards to new technology. Small hand-held gimbals allowed Max, the cameraman, to walk ‘alongside’ penguins with the camera at eye-level, and put you into the penguin’s world.

We also got permission to fly a drone, which gives a birds-eye view of the colony, which is pretty incredible. Getting a helicopter to location was not an option, so being able to get into the sky was a real bonus.

Did the shoot go smoothly, or were there any problems?

We had minor issues, like tents getting splashed by waves, and it took three days for the swell to be suitable for us to get everything off the island. But there was only really one mishap. On Day 5, one of the cameras got drenched by a massive wave. It was incredibly unfortunate. A wave hit the side of the cliff and came from a totally unexpected direction. The camera was soaked.

It was the worst possible environment in which to have to clean up a camera, trying to contain tiny screws and camera parts while working on a camping mat in a small tent.  At that point the waves were too big to get back to the boat, so we tried all we could to warm and dry the camera in the cold, damp environment. Finally, we were able to send it back to the Golden Fleece and after 24 hours above the stove, it came back to life. 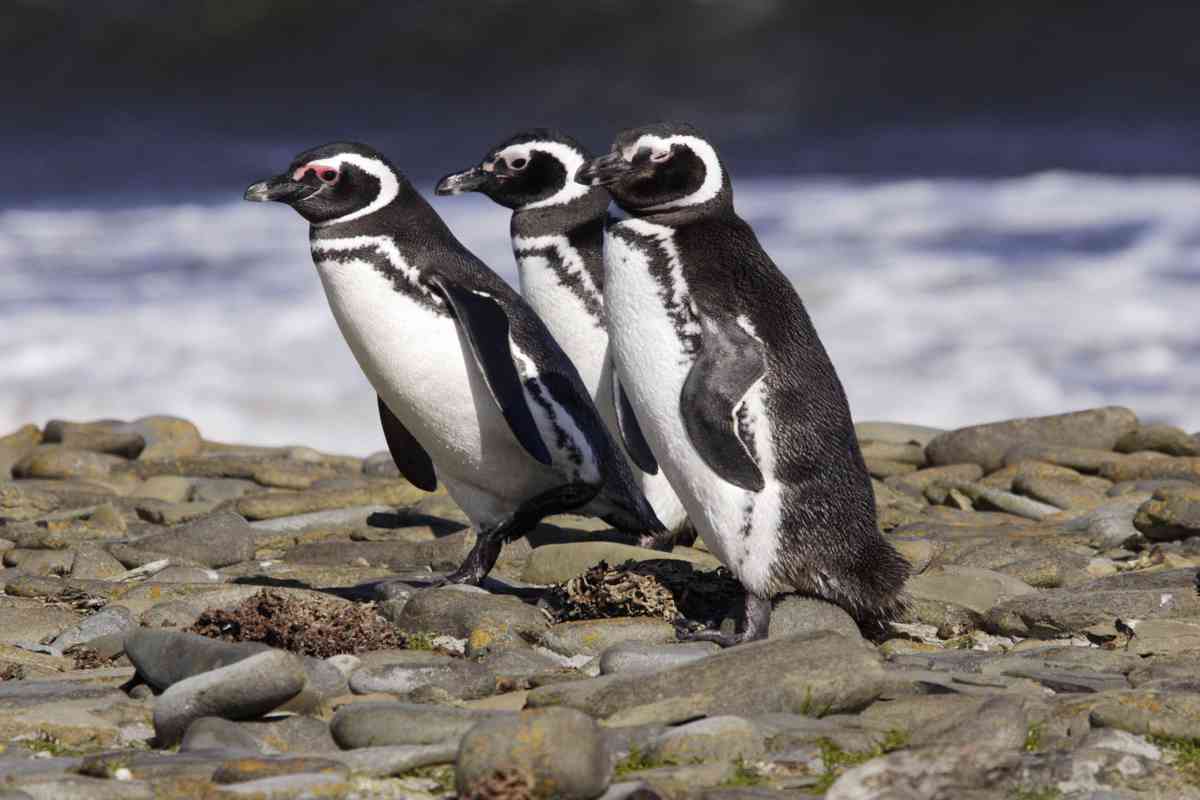 Do you have a soft spot for penguins?

I have a huge soft spot for penguins. They are fearless, curious and tenacious. Each species seems to have its own character: macaroni penguins are noisy and flamboyant, while chinstraps tend to stand back and study you.

Each evening before bed, we would take a little walk up to the colony and sit and watch the goings on. With so many individuals, there was always some little interaction or squabble going on.


What other locations stand out as your favourites that you’ve filmed wildlife in?

I enjoyed exploring some of the lesser-known islands. The New Zealand Sub-Antarctic islands are fabulous, and the beautiful island of Escudo de Veraguas off Panama, where we filmed the pygmy three toed-sloth, is absolutely idyllic.

Islands are wonderful place. Each one is unique, and often a little strange, and that’s what makes them such captivating places to visit. 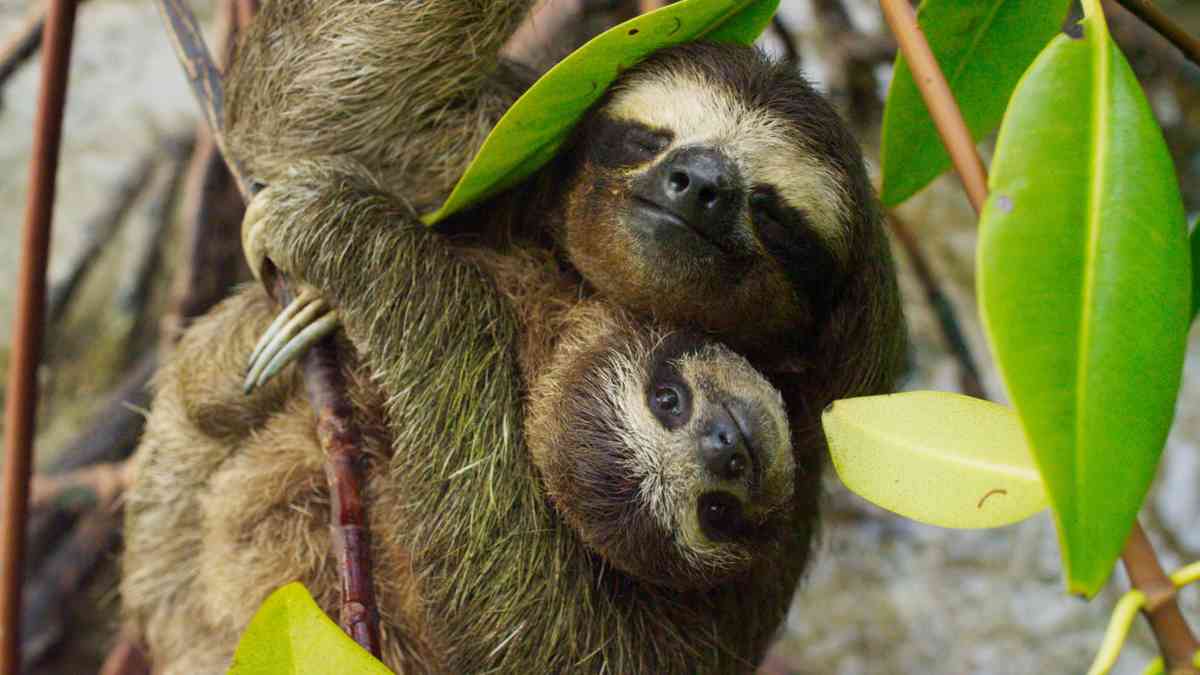 Making wildlife films is a lot of people’s dream job. Does the reality match up to expectations?

If you enjoy spending time in the outdoors, enjoy storytelling and have a huge amount of passion for wildlife, it’s a dream job. But the reality is hard work, and you have to be prepared to work long hours, go without home comforts and be very good at getting on with people, even when you’re tired and things aren’t going well. That’s the key thing in many ways: being able to work effectively with people in challenging conditions.

And you do need a lot of patience, as animals don’t tend to read the script.

What advice would you give to anyone wanting to make a career in wildlife film-making?

Time in the field is essential, whether its gap year-type projects or field research, anything that allows you to spend time observing animals and getting an idea of the practicalities of working in the wild.

Watching documentaries and learning the grammar of storytelling is also vital; your role is to communicate to people who may not be a biologist.

I’d also just say, "Have a go." These days, every phone has a camera and filming and editing equipment has become far more accessible. You can learn so much, and have a lot of fun, by getting out there are making your own stuff.

The 6-part series of Planet Earth II starts on BBC One on November 6 at 8pm with the Islands episode. The series is an immersive exploration of the islands, mountains, jungles, deserts, grasslands and cities of the world in ultra-high definition detail, presented by Sir David Attenborough, exploring how animals meet the challenges of surviving in the most iconic habitats on earth. For more details, see www.bbc.co.uk