Holly Budge, the founder of How Many Elephants, hits the front line with the Akashinga rangers in Zimbabwe to see how these fearless women are combating poaching It’s 5.45am, it’s still dark as I stand in line with four armed Akashinga rangers, ready to go out on foot patrol. “You may not see any wildlife, Holly. This is not a safari trip. Remain silent and please do what we say at all times,” says Nyaradzo, my go-to ranger.

I pinched myself as the realisation of where I was became very real. The Akashinga rangers are an arm of the International Anti-Poaching Foundation in charge of monitoring Zimbabwe’s Phundundu Wildlife Area, a 300 sq km tract of former hunting land in the Zambezi Basin to the country’s north. 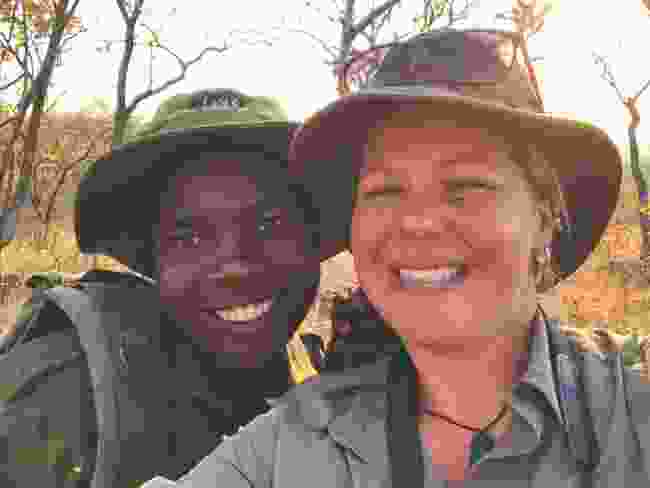 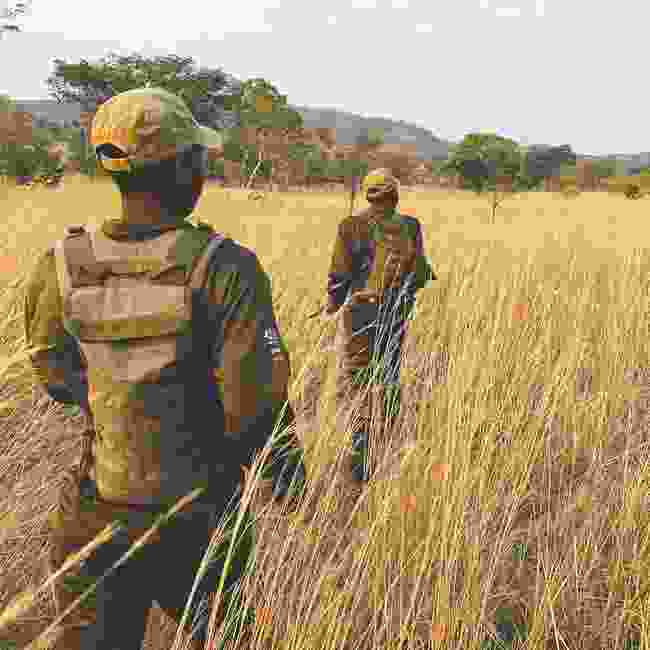 Akashinga translates as ‘the Brave Ones’, an apt name for the often dangerous work that they do. Coming face to face with poachers and wild beasts, heading up raids and sting operations, these women are making a huge diﬀerence to the future survival of endangered African elephants as well as other wildlife species.

The rangers loaded their riﬂes. The front ranger clicked her ﬁngers as a signal to go. I took a deep breath as we moved into the darkness. We covered the ground purposefully, with an occasional stick breaking underfoot or a thorny branch trying to take my eye out.

“These women are making a huge diﬀerence to the future survival of endangered African elephants as well as other wildlife species.”

It was impressive how these women navigate through the terrain, gracefully moving through the thick undergrowth, while simultaneously spotting wildlife and looking out for signs of poachers in the area. We stopped abruptly and knelt down.

I sensed a change in their energy, these women meant business. My mind started racing... What have they spotted? What’s going to happen next? To my delight, they had spotted an elephant cow with her calf, heavily camouﬂaged in the trees about 50m away from us. “A cow with her calf can be very aggressive,” one ranger whispered to me. 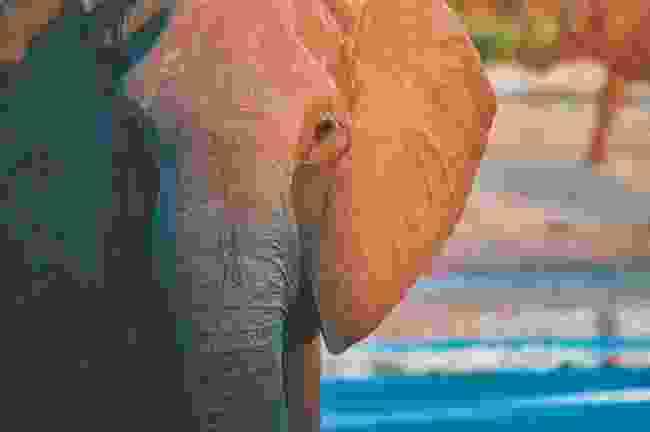 “We must move away slowly.” You could see the excitement on the rangers’ faces from the elephant sighting. Their passion for the wildlife shone through. No words were needed. That night, we got dropped oﬀ with supplies and equipment to a remote area in the bush. After we set up camp, we patrolled the surrounding area to identify any imminent threats. 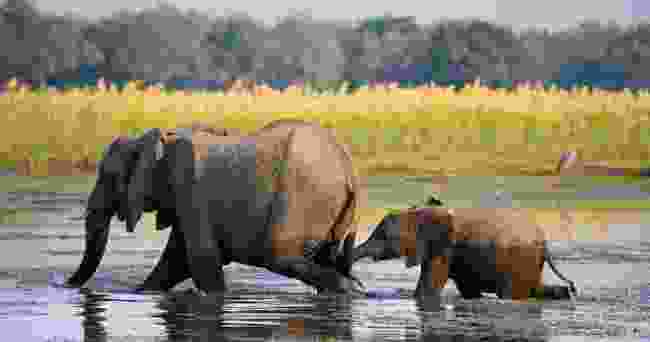 One armed ranger stayed behind to guard and protect while we walked for two hours on a big loop around the camp. We spotted a herd of elephants relatively close by and could hear hyenas too. When we returned, we ate stew with sadza (thickened porridge made from maize ﬂ our) and stoked out the ﬁre so our location could not be identiﬁed by the poachers. 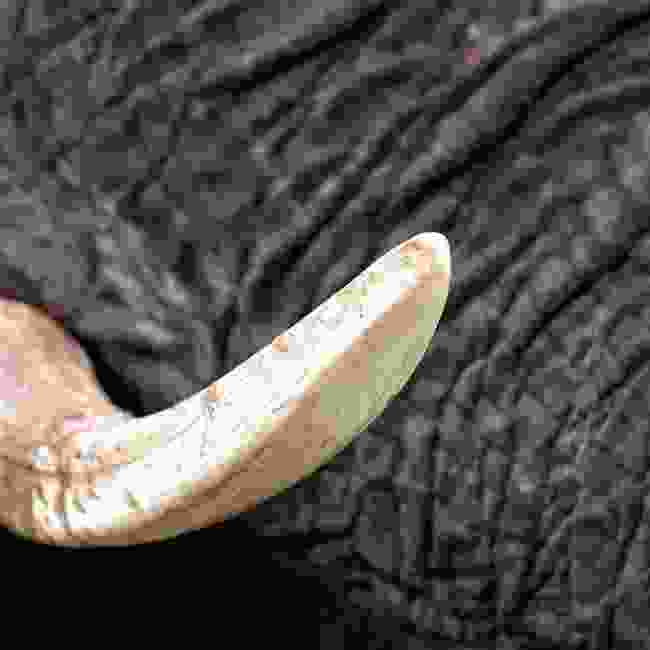 The plan was to sleep for a couple of hours before night patrol. As I lay on the hard ground, alone in a small tent, it dawned on me that I was completely and utterly out of my comfort zone in this environment. These rangers were my lifeline. Without them, I was a dead woman.

"Wake up Holly, we are going out on patrol." I quickly pulled on my boots. As we left camp, we resumed our positions in line and moved slowly into the darkness. We sat on the ground, waiting and looking our for poachers; torch lights. Alter a few minutes, one of the rangers whispered, "We are going to retreat because that noise is one of the most dangerous snakes in the bush and it is not far away." I gulped. We made our way back to the camp. I opened the tent zip enough to see the starry night sky. The strange noises coupled with the intense energy of the bush made me fell more alive than ever.

At 6am, I awoke feeling relieved to have survived the night. I was instructed to wear an Akashinga uniform to blend in better in the bush. During our six-hour patrol we dismantled snares and recorded the location of several elephant herds. The heat was sweltering.

This was just two days in the life of an Akashinga ranger. These courageous women are doing such valuable but often challenging work and making a real difference. The thought of the African bush devoid of elephants is heart-breaking enough but putting emotion aside, the impact of losing these animals will be to the extreme detriment of the environment and beyond. Elephants are a keystone species and important ecosystem engineers. If they go extinct, entire ecosystems could follow, but for now these women – the face of conservation – are here to do their best to stop this happening.

Holly's awareness campaign, How Many Elephants, is inspiring and educating an global audience about the devastating impacts of the African elephant ivory trade.
Read more at howmanyelephants.org