Ed Stafford: "The hardest bit is not just throwing the towel in."

Hardcore adventurer Ed Stafford talks about the power of the mind, escaping the world's most demanding environments, being inches away from death and his new survival TV series

Has there ever been a moment in your expeditions where you've thought, "This is it, I'm going to die?"

There's always the possibility. The risk is that I'm very remote a lot of the time. During the 60-day challenge I did on the island in the series Marooned, I had no contact with anyone apart from when they came in with medicine because I was ill. That was extraordinary.

The last time I thought I was going to die was the beginning of last year when I joined my wife in Ecuador. She was doing a challenge to cycle across South America and at one point I decided to join her. I was cycling and got hit by a juggernaut, and I remember being absolutely smashed in the back and all the wind being knocked out of me. I was just thinking, "If I'm unlucky, I'm going straight into the back wheels of this juggernaut and if that's it, then I'm dead."

I've been to Afghanistan and done all sorts of bonkers things. In Ecuador, I just remember the cliche of life flashing before your eyes, as I tumbled away from the lorry, luckily not under the wheels.

Is your survival knowledge influenced by your a military background?

It was a key part of everything. I'm pleased I did all the stages on the path to what I'm doing now. I loved scouts and then I went into the Royal Marine Combined Cadet Force, then reached Captain in the regular army as part of the Devon and Dorset regiment. It's certainly something that enabled me to go through some pretty hard exercises and a 6-month operation in Northern Ireland. It certainly taught me a lot.

Did you find that influenced the challenges and expeditions you went on to complete?

It set me up with having the confidence to do something like walking the Amazon. During the Amazon walk, I had to take my military hat off in many respects. I had to drop the brutality of timings being kept to. In South America, you can't have that sort of attitude. It was a great springboard and it's something that I'll always value, but in terms of the actual survival lessons and skills, most of that comes from time with indigenous people.

Although walking the Amazon was a sort of transitory walk and I wasn't staying in villages, there was only one day of the whole expedition where I didn't walk with somebody else. All those people have different knowledge about the forest, fishing and more. Now, most of my knowledge has come through indigenous people and local people of the area, which could be colonial settlers and people in the area who are far more knowledgeable than I am.

I'm the lucky person who gets flown around the world and can gleam all of this information off of local people. Hopefully I remember some of it and then use it on my trips. 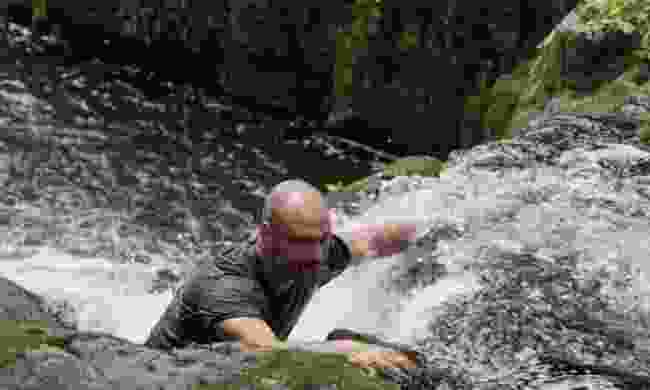 “I’ve been to places all over the world, from Afghanistan to Patagonia, and I think there’s good everywhere.”

How did the idea of your new series Left For Dead come about?

We'd been working on the previous series of Naked And Marooned, which was about thriving. But because it's very difficult once you get dropped off in the middle of nowhere to get to a position where you're actually thriving, there wasn't the opportunity to do big journeys or to move and see all the locations for what they're worth.

Left For Dead was almost sculpted as a concept to set me a bigger challenge, to drop me into locations where I had to achieve a much larger journey, and the whole thing would be more dynamic with decision points and obstacles to cross. I think it was revitalising a survival concept, making it a bigger and tougher task.

What would you say is tougher in these challenges: the physical endurance or the mental endurance?

They almost overlap each other. The hardest bit of the physical stuff is mentally continuing, I suppose, and not just throwing the towel in. I've always been one of those idiots who sets themselves a big task. Maybe it's the satisfaction of achieving them and then looking back and then sort of kidding yourself that it was actually fun.

Although the challenges are inevitably physical, I'm not an athlete. The things that I've done over the past few years have been because of a dogged determination, rather than any sort of heroic strength.

It's the mental side that both appeals and fascinates me. I've started doing a Masters degree in mindfulness-based psychotherapy because I feel like the power of your mind over what you're doing is extraordinarily big. To think that you can go into an environment and not manage or look after your brain is absolutely daft. Everything is experienced through your brain, whether you're able to spot food or materials to make a fire. All of that is in the mindset, and whether you've got a busy head that's frantic or one that's calm enough to be able to compose yourself and deal with situations in a clear and precise manner. The mind is where you can take yourself that bit further. 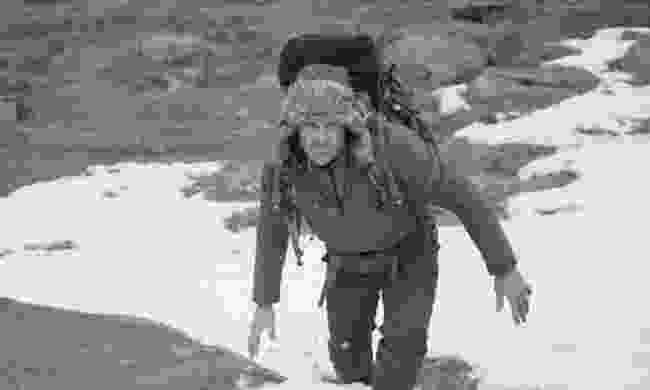 How do you stay positive when you're in isolated environments for long periods of time?

I would hold my hands up to say it's the thing that I struggle with the most, being on my own. Isolation opens up every single vulnerability that you have. If you're with somebody, it's very easy to distract yourself, have a little joke about your situation with a black sense of humour and suddenly things aren't as intense. When I'm on my own, I do struggle, and for some reason I keep picking daft concepts that involve me being on my own, probably because the challenges are more challenging and more intense.

No sort of mind state lasts forever and I know that if I'm feeling down then every day, I manage to get some food inside of me, or if I manage to get a good night's sleep then I feel better in the morning. That applies to life as well.

I also use meditation a lot because it's something I can take with me. A lot of British people might use having a glass of wine in the evening or having a beer as their way of relaxing but if I'm plonked in the middle of nowhere, there obviously is no beer and no glass of wine. Meditation is almost better than either of those two things because the thing that both meditation and a glass of wine try to do is calm the mind down and stop thoughts racing away and anxieties. For me, drinking dumbs it down, whereas meditation lifts you above the core and gives you a bit more clarity. It leaves you clear-minded and able to see everything in its context and not get too down.

Is there anywhere in the world that you would happily never return to?

There are times when I haven't enjoyed trips. Invariably, you don't enjoy everything. I think it's because I've been struggling at that time, though, rather than because it's been a bad place. I remember going to Western Australia and doing an episode for Discovery Channel. There was no food there and it was an extraordinarily barren experience. I remember being miserable at the end of it and saying to the aboriginal guys, "How would you have survived it?" and they replied, "Well, we wouldn't. We would have gone 100km inland."

I think it's the energy that you bring with you to a situation. I've been to places all over the world, from Afghanistan to Patagonia, and I think there's good everywhere. There are good people and good things to see everywhere, even if it's fascinating for the wrong reasons. I'm still addicted to travel. 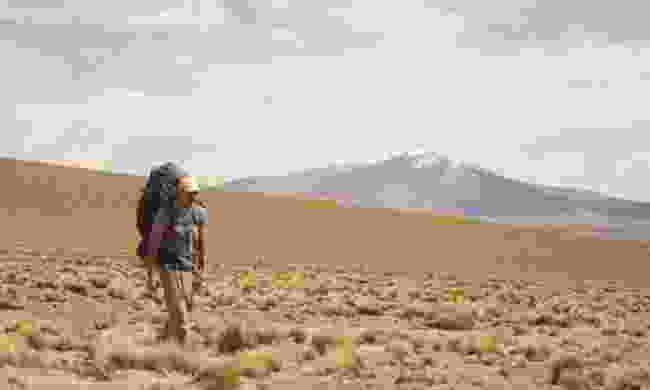 Where in the world do you most detest?

The Atacama Desert in the most recent series. Basically, it's a survival programme in the middle of the Atacama Desert. It's high altitude and nothing grows there. There's not even a tree to make a fire kit out of. At times, I was really losing my sense of humour because there really is only a certain amount you can do, so obviously the way of getting around it was to leg it as far as I could off the high altitude and into the valleys.

There's a huge trudge at the end of the episode to try and finally get out, and it's up and down this horrendous dry valley, and at one point I literally got the camera and threw it at the floor. I was angry beyond belief, but the challenge was just so difficult that I wasn't filming. That's the weird thing about the episodes because they're self-filmed, so finding the energy to turn the camera on was so exhausting. I was peed off with the whole situation and I was trying to smash the camera, but the camera carried on working. That was certainly the hardest episode of this new series.

If you're filming, you also have the ability to edit which parts of the experiences you show, don't you?

Absolutely. You can self-edit and if there's a piece you don't want the audience to see, then you just don't turn the camera on. But to that end there's certainly dark moments that you think, "Ah, I wish I filmed that", but at the time you're so upset and you don't want to expose that vulnerability.

Ed Stafford's new series Left For Dead will air on the Discovery Channel on Thursday September 14 and runs until October 19.