Where was Downton Abbey: A New Era filmed?

Downtown Abbey: A New Era has been released in cinemas nationwide. Here, we round up the sequel's most beautiful filming locations, so you can follow in the Crawley family's footsteps...

"The modern world comes to Downton", announces Coral Crawley in the trailer for the much-anticipated Downton Abbey sequel, based on ITV's hit series. Those who have followed the story of the Crawley family and their beloved staff since they first appeared on our screens in 2010 will know the settings have not strayed far from its beginnings. The next film not only includes familiar scenes, but takes our favourite characters overseas and as the title suggests, provides a glimpse into the future.

Downton Abbey: A New Era transports us to stunning locations across England, Scotland and France. Here. we take a sneak peek at some of the movie's top filming spots. 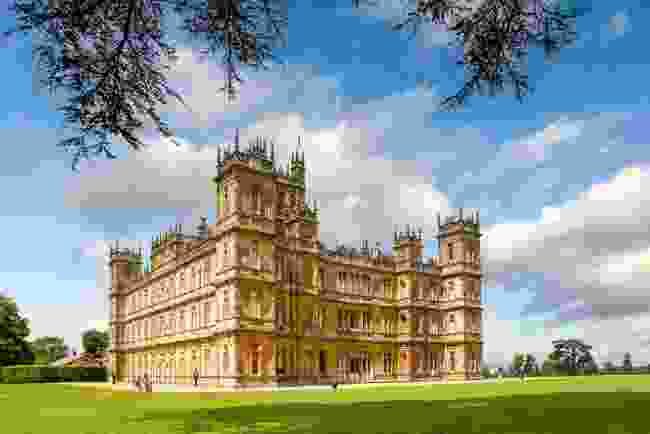 Highclere Castle is the home of Downton Abbey (Shutterstock)

Even those who haven't watched the films or series should know this iconic filming location. The real name for Downton Abbey is Highclere Castle, a 5,000-acre estate hidden in the Hampshire countryside (no, it's not in Yorkshire) and home to the Earl and Countess of Carnarvon. Originally constructed in the late 17th century, the centrepiece building was largely renovated in the 1840s. The Grade I listed property is open to the public for tours of the castle and gardens. From Hampshire to the French Riviera. We are teased in the trailer of the new film that Lady Grantham (played by Maggie Smith) inherits a rather lovely home in the South of France, the Villa of the Doves. Well, that's its name in the film. It's actually called Villa Rocabella, and it was constructed at the tail end of the 19th century. The villas first owner wanted to build something which combined 'elegance with nature’, and this beautiful property certainly delivered on his vision. The Belle-Époque villa has been an art and literary salon, a holiday home for children post WWII, and now provides tourist accommodation and a venue for events.

Read next 5 hidden gems in the south of France 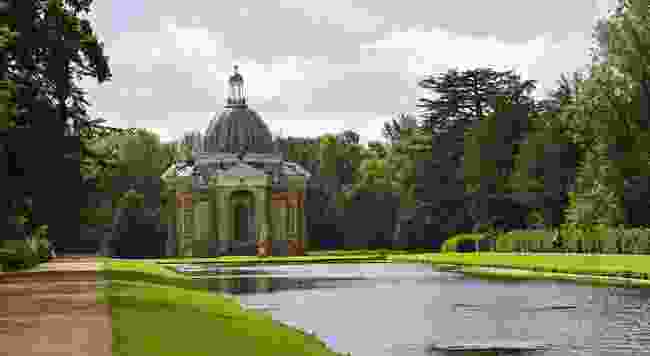 The gardens are Wrest Park (Shutterstock)

Many of the outdoor scenes at the Lady Grantham's new villa were filmed back in the UK due to uncertainty around travel at the time. They picked a property which would emulate that of the Villa Rocabella, and the chosen filming location was Wrest Park country estate. Open to the public, with 90-acres of landscaped garden and woodland walks to explore, the English Heritage site is equally as beautiful in the colourful spring as in the autumn when the leaves turn to hues of orange and brown. Among the gardens are some hidden gems, including a marble fountain and the Archer Pavilion, built in the early 1700s. 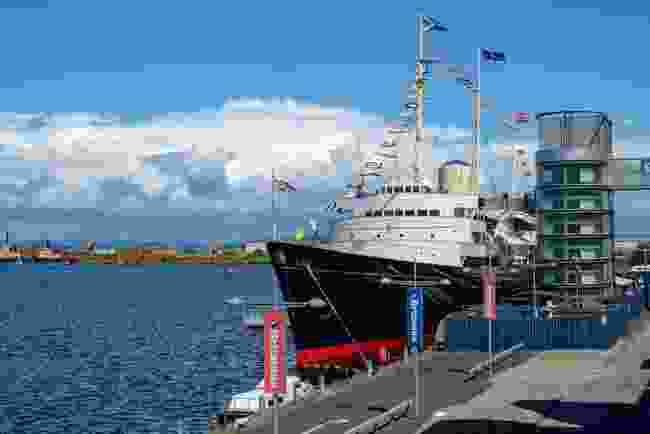 Scenes of the Crawley family’s journey to France were filmed aboard a very familiar looking vessel. The Royal Yacht Britannia can be seen sailing across the Channel in the film, but the five-star tourist attraction is actually permanently docked in Edinburgh. The boat was a royal residence for more than 40 years, and went on 948 state visits with the royal family. Now, visitors can step aboard and learn the extraordinary history of the yacht and stories of life at sea.

Read next Scotland’s 15 most awe-inspiring castles 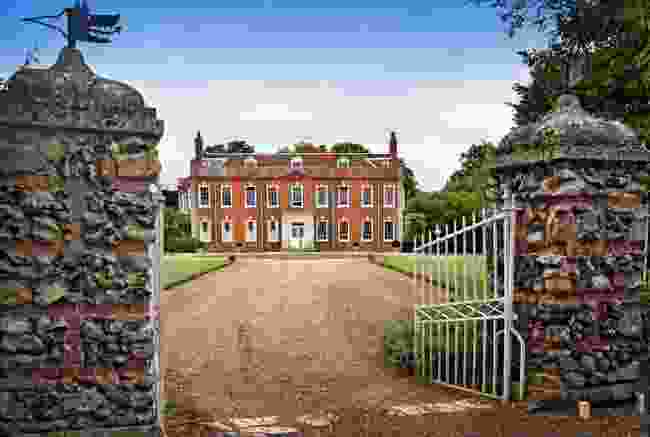 Spoiler alert! In the new film, Tom Branson (Allen Leech) and Lucy Smith (Tuppence Middleton) finally tie the knot, and the backdrop for their wedding is another fabulous historic estate in Suffolk. Belchamp Hall is a period Queen Anne property built from red brick. The venue provided the perfect wedding location, as a 13th century church can also be found on the grounds. Those who would like an overnight stay can rent one of the three holiday cottages nestled within the estate. 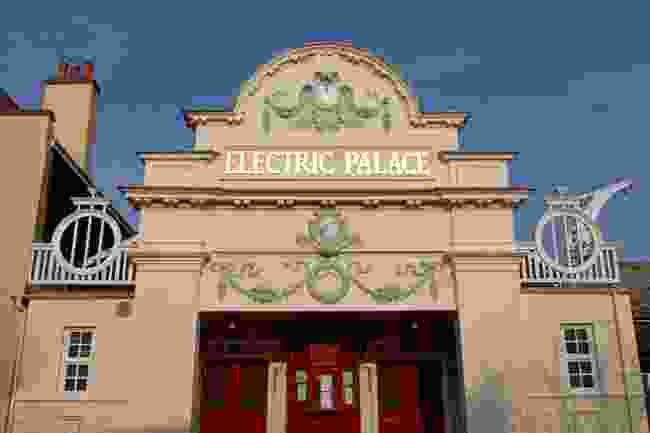 The sequel's title ‘a new era’ alludes to a more modern side coming to Downton, and in the trailer we learn filming for a silent movie is to take place on the estate. The film's producer and Lady Mary (Michelle Dockery) go to watch a motion picture at Electric Palace Cinema in Harwich, Essex. Constructed more than a century ago, this building is one of the oldest purpose-built cinemas with silent screens, an original projection room and decorative frontage. Still functioning as a cinema today, you can now buy tickets to watch the new Downton Abbey film!

12 of Britain's most mysterious ancient sites

Where was The Crown filmed?

Where was Normal People filmed?