Travelling is really good for triggering certain kinds of creativity. I used to have this superstition in the 1990s that I would only ever start a book in Las Vegas, off Interstate 15 at the International House Of Pancakes. It was really ritualised.

There’s a sort of horrible vacuity you get in that part of the world that forces you to cough up something to fill the vacuum. There’s always a wind somewhere, a desert wind that’s never quite there. It’s very calming.

I’ve spent a bit of time in Vegas. I don’t gamble. You may as well set fire to your money. The best thing I like to do in Las Vegas is rent a car and drive, check out the strip malls and the almost completely ahistorically blank neighbourhoods. You can just get turned on by the big sexy bland boringness of it all. 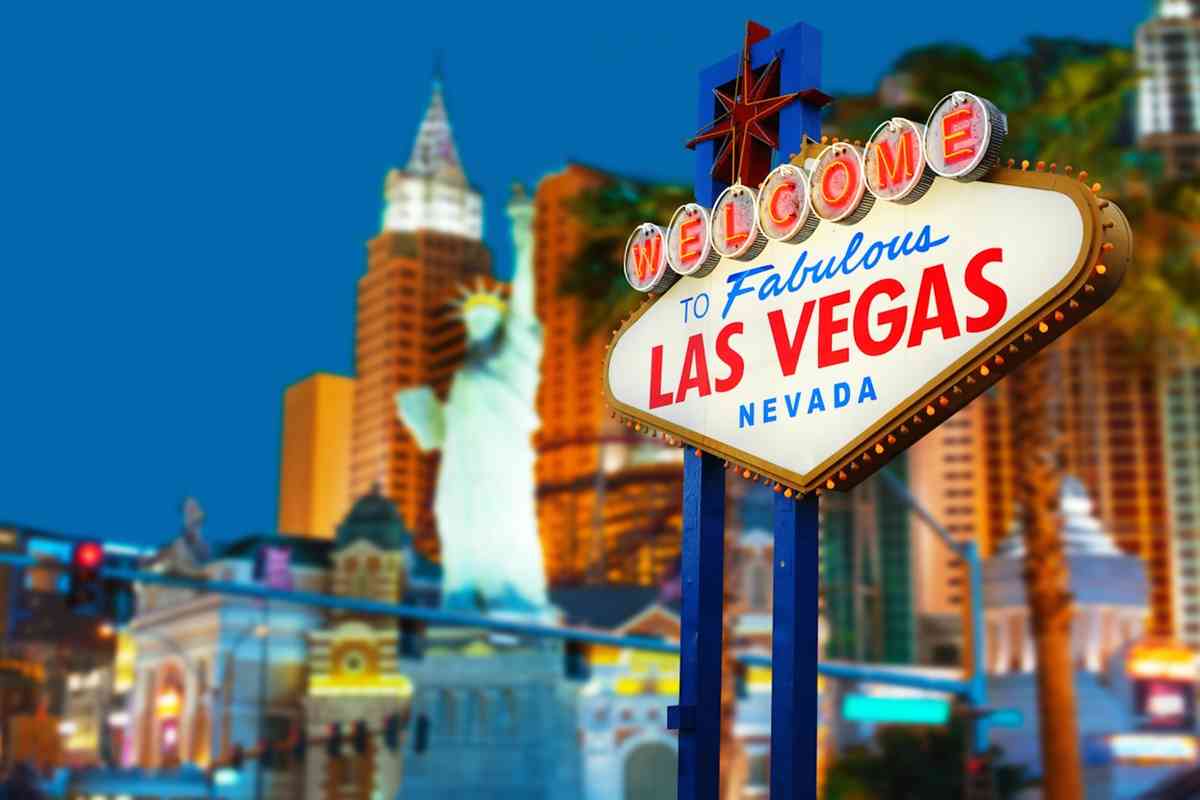 Even at home, if I have writer’s block or have to figure things out, I just get in the car with all my favourite music, crank it up full, and drive from Vancouver, where I live, up the Coquihalla Highway to Kamloops and stay in a motel.

Next day, I drive down the old No 1, which nobody drives down anymore, so you have it all to yourself. You can see the road for six miles ahead and there’s no radar, so you can go as fast as you want. Then you go up to Cache Creek, up a few miles and down the Marble Canyon and through the big Sound-of-Music Alps to Whistler, then drive back to West Vancouver. You get home, turn off the key, turn off the music and ‘Ding’, you’ve got your head screwed on. It’s the best.

I spent a lot of my life in Japan. I studied art and design there and I’ve been back many times.

Hands down the best place on earth is Kyoto. You just walk for two weeks. Kyoto is by far the best walking city on earth. It’s a city of no repeats. Every single thing you see is different and by the time you get back to a point, it’s all different again. 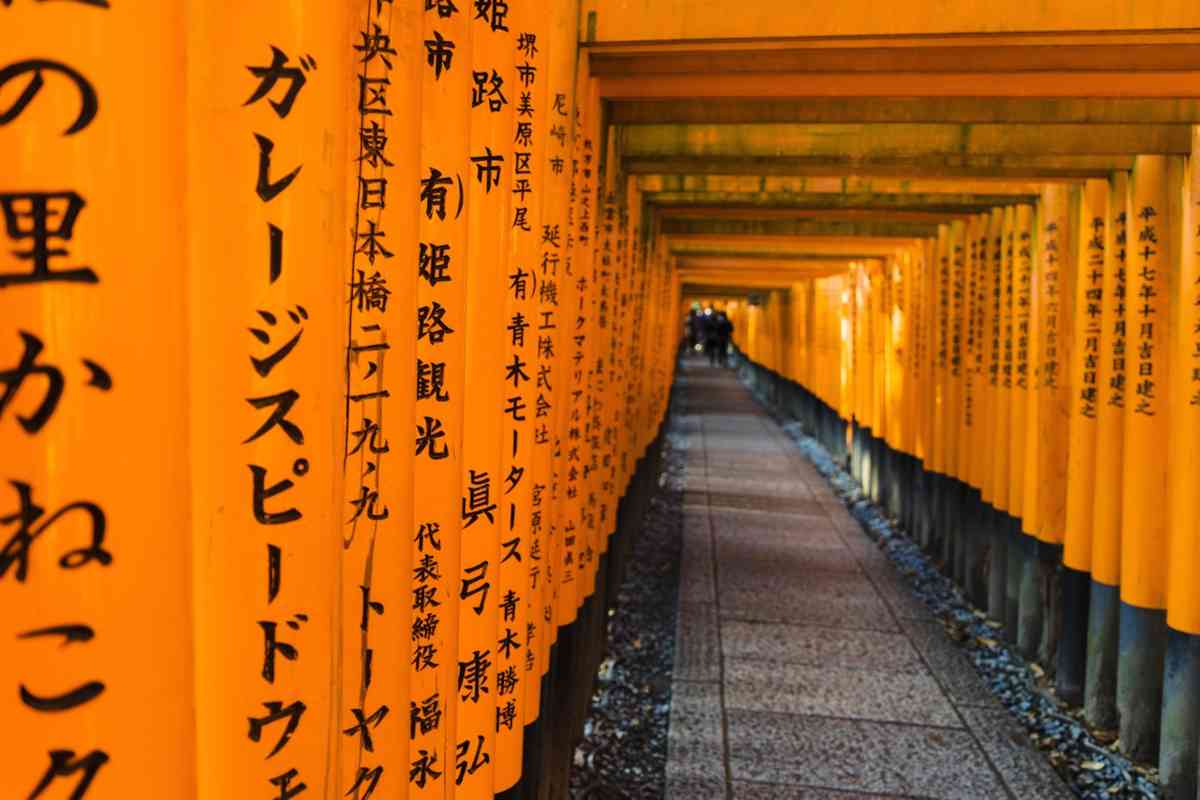 Tokyo is the same way but Kyoto’s got all the history. You walk down the street and there’s a shop selling brooms that was selling brooms before Leonardo Da Vinci was born. Kyoto makes you simultaneously feel like you’re in the far future and the past. It really temporally messes with your head.

Tokyo got so bombed in the war, but nothing got destroyed in Kyoto. What new stuff they have is crap and they know it, so they focus on the old. I went there, the best trip of my life, on an arts and supply binge. They do the best brushes, the best everything, in Kyoto. The concentration of stores is insane. I rented a car and driver and said "We’re going to this supply shop, then this supply shop, then this lumber store…" I freakin’ love wood.

Other than that, cities don’t really do it for me. I like remote places. I always end up going to islands. Vancouver is sort of in the middle of nowhere, so I like to go to places even more remote than that.

On the north west coast of British Colombia, there are islands on the map called the Queen Charlotte Islands but they’re actually called Haida Gwaii now. They’re remote and getting there is hard and expensive and boring. But once you’re there, you’re really there. 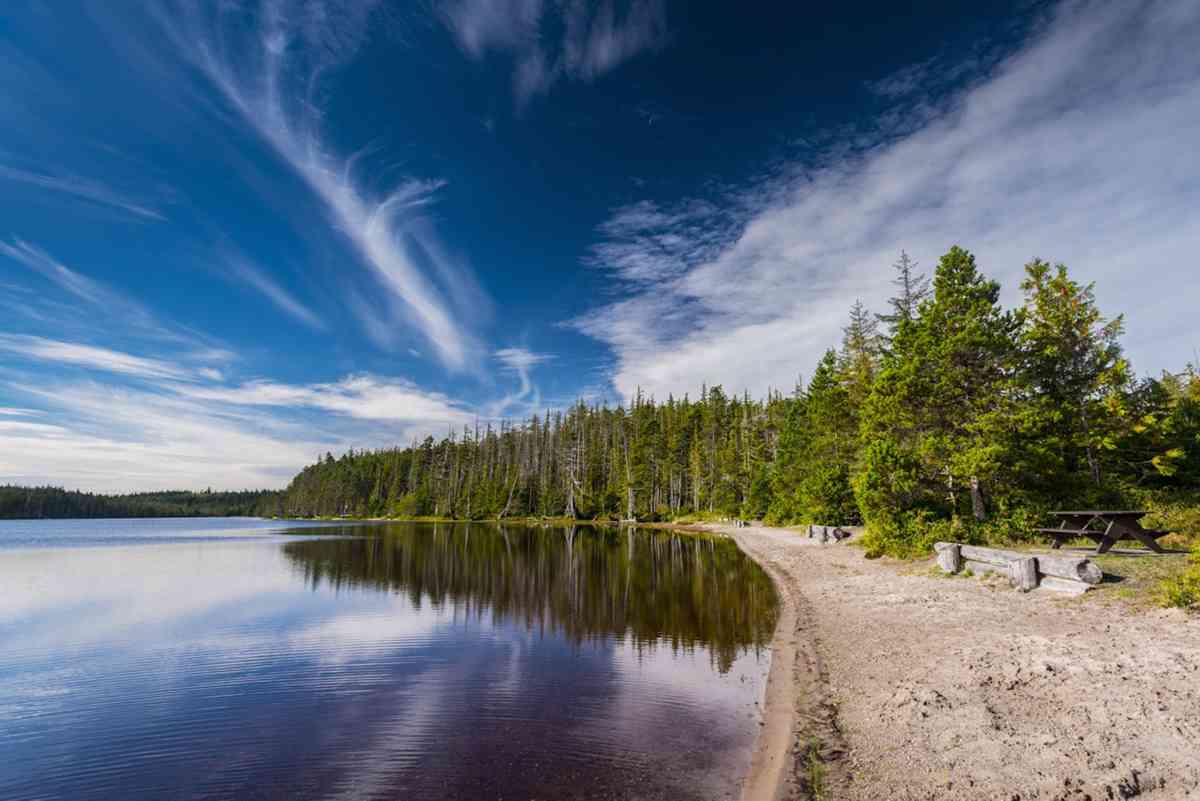 There’s an indigenous population there. In all of north and south America, they were the only undefeated indigenous tribe. Their kids have gone to law school and they’re planning to secede from Canada. I think they should. It’s an incredible place. I go there to recharge.

Another island I spend time on is down in the Bahamas. My cousin Philippa owns a really great hotel on Harbour Island. I go there because I have a relative I genuinely adore. But it’s a great place with a pink sand beach.

I also like going to Hawaii. I went to school there. I go to Waikiki on O’ahu. It’s worse than you think. Hawaii is for when I’m on deadline or I’m having a block.

There’s a hotel there called Halekulani. The secret for going there is you go during the school year, midweek, when the only other people in the hotel are Japanese honeymooners, so you get the whole place to yourself. It’s kind of decadent. Outside the hotel, it’s noisy and there are all the ABC stores selling their spurious items. I rent a car and just drive around. My family didn’t really go on holidays. My brother and I worked out one time that the only time we’ve all been in one vehicle at the same time was going back and forth to the Lake Country in Quebec. But here’s where it’s different: my Dad was in the Canadian Air Force. I was born on a base. When my dad went civilian, he got this little De Havilland Beaver (single engine plane), which I’m convinced was a deathtrap. It’s a miracle I’m still alive.

At the weekend, my brother and me and the family dog would get in the plane in BC and fly to Alberta Day or to the Yukon or to the Alaska Panhandle. We went here, we went there. At the time, it was like, “Oh, whatever, we’re travelling in the plane again.” But really it was quite wonderful. It was like a dream of travel. We’d just say, “Let’s go there today” and fly there.

I look back on it and that really changed the way I saw getting from A to B and the way I saw landscapes. We really saw the land on a scale you can’t get in a 747.

Oddly, I have no interest in being a pilot. My favourite thing on planes is drinking wine and getting insane amounts of work done. The first three glasses of wine and all those calories you’ve eaten go straight to your brain, so your brain’s happy. Then by three and a half glasses, it’s all crap. 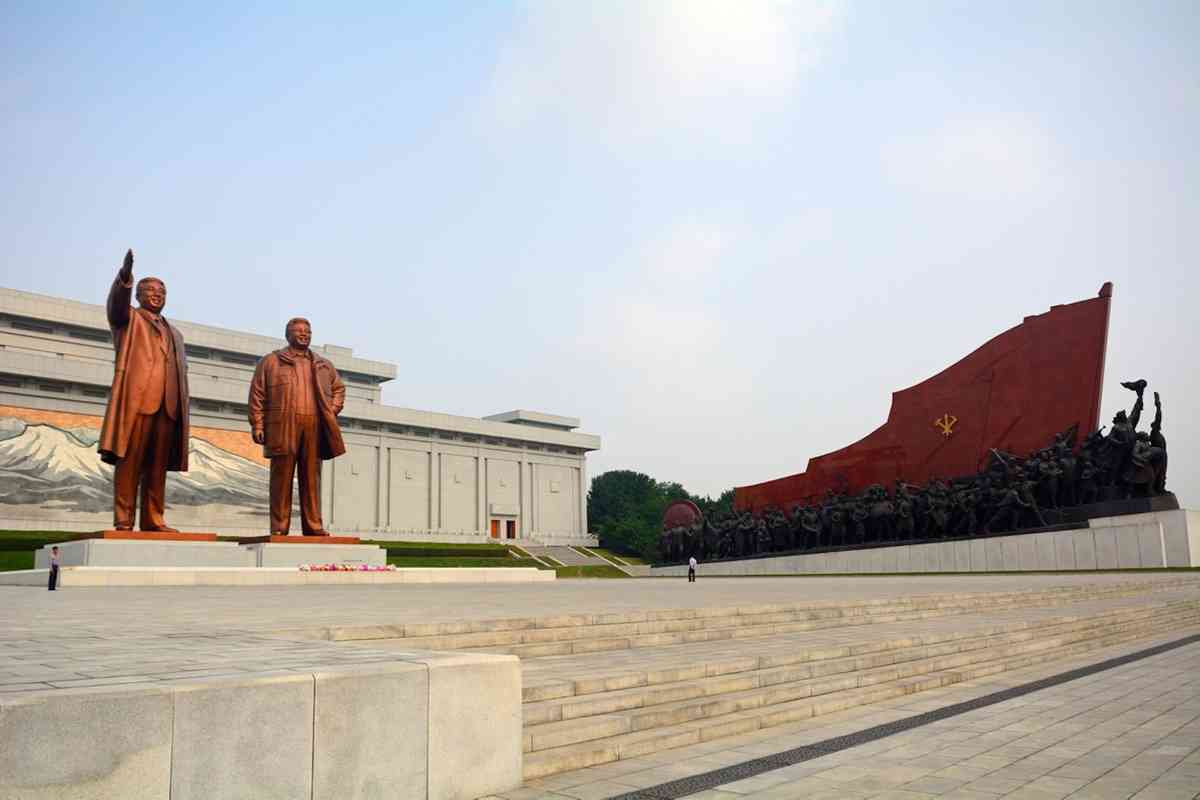 There are a few places I’ve never been to that I’d like to. I’d like to see Korea, both North and South. I’m fascinated that North Korea even exists, that they have flash cards as a national art form, that their national leader wears pant suits. It’s so random and accidental and strange.

South Korean airlines, by some number, has more crashes than almost any other airline. It’s in Malcolm Gladwell’s Outliers book. He asks what is it in Korean culture that makes them always crash their jumbos. It’s worth the read. 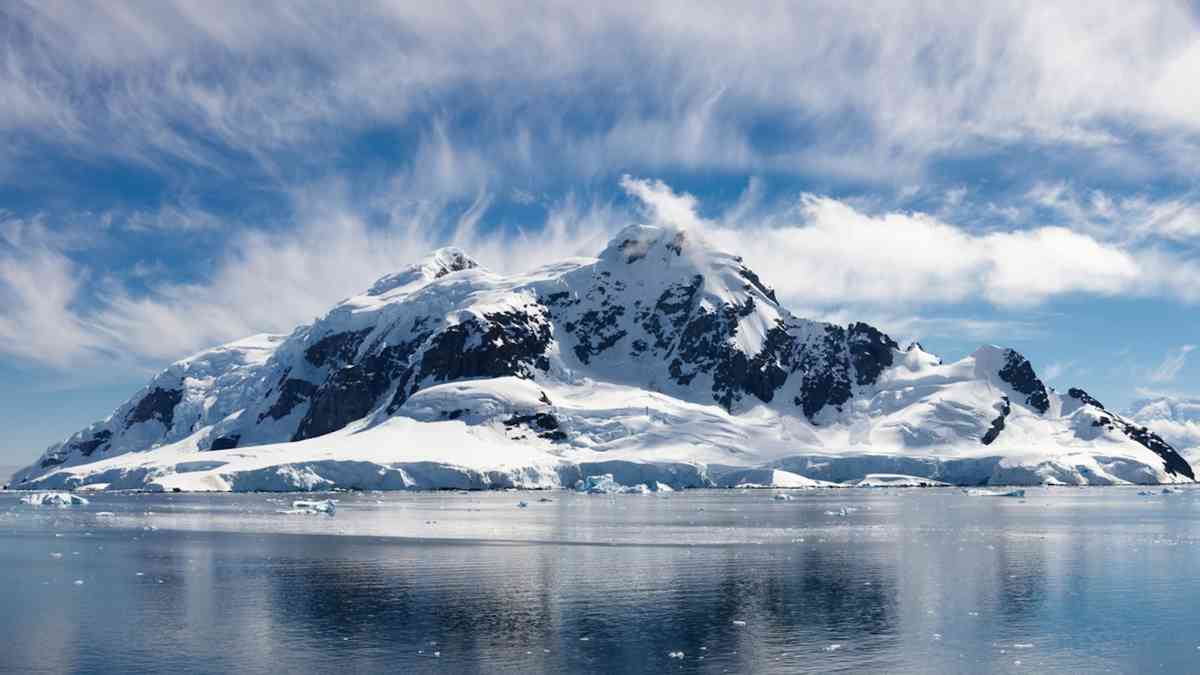 I wish I’d gone to Moscow back when it was still the USSR. I don’t think I want to go there now. I’d just get kidnapped. Look at me: it’s like I have a kidnap sign on me.

Another place I’d love to go to is Antarctica. I’ve been up north to the Arctic. But I’d love to see Antarctica, for the isolation and remoteness. If there’s one good thing about global warming, it’s that it will unlock secrets about Antarctica. I just know that place has bodies buried everywhere. There’s all sorts of stuff just waiting to come out.

Douglas Coupland is a Canadian visual artist and author of novels including Generation X, Hey Nostradamus!, Microserfs and jPod.

Bit Rot, his latest collection of stories and essays, is out now, published by William Heinemann.

For more, including details of upcoming exhibitions, see www.coupland.com.