When Dominica was hit by a tropical storm in August 2015, floods destroyed everything in their paths. But the 'Nature Island' is bouncing back, says Paul Crask – and it's more vibrant and vivacious than ever

They say that if you stand still for long enough on Dominica, things will grow on you. It’s easy to believe when you look around. There is so much wilderness, much of it still untrodden, and so many mountains, waterfalls and rivers crammed into this diminutive eastern Caribbean island, that it makes your head spin.

Dominica has such infinite appeal to nature lovers, adventurers and people who love the freedom of the great outdoors. It’s fairly certain you’ll get wet, muddy and sweaty when you visit this place, but it makes you feel alive.

Often confused with the Dominican Republic, Dominica has stayed well off the Caribbean’s beaten path for years; almost a whispered secret between travellers who are in the know. And, in very many ways, this is part of its appeal. Save for cruise ship arrivals, when day-trippers descend on accessible sites and souvenir markets, and carnival time when the streets are full of colourful parades and revellers, crowds are few here. You could walk a trail all day and never see a soul.

But Dominica did make the headlines recently, albeit rather fleetingly. On 27 August, during the peak of the Atlantic hurricane season, tropical storm Erika ravaged the island. This was supposed to be a quiet hurricane season, tempered by the so-called el niño effect, and so Erika caught everyone completely by surprise. 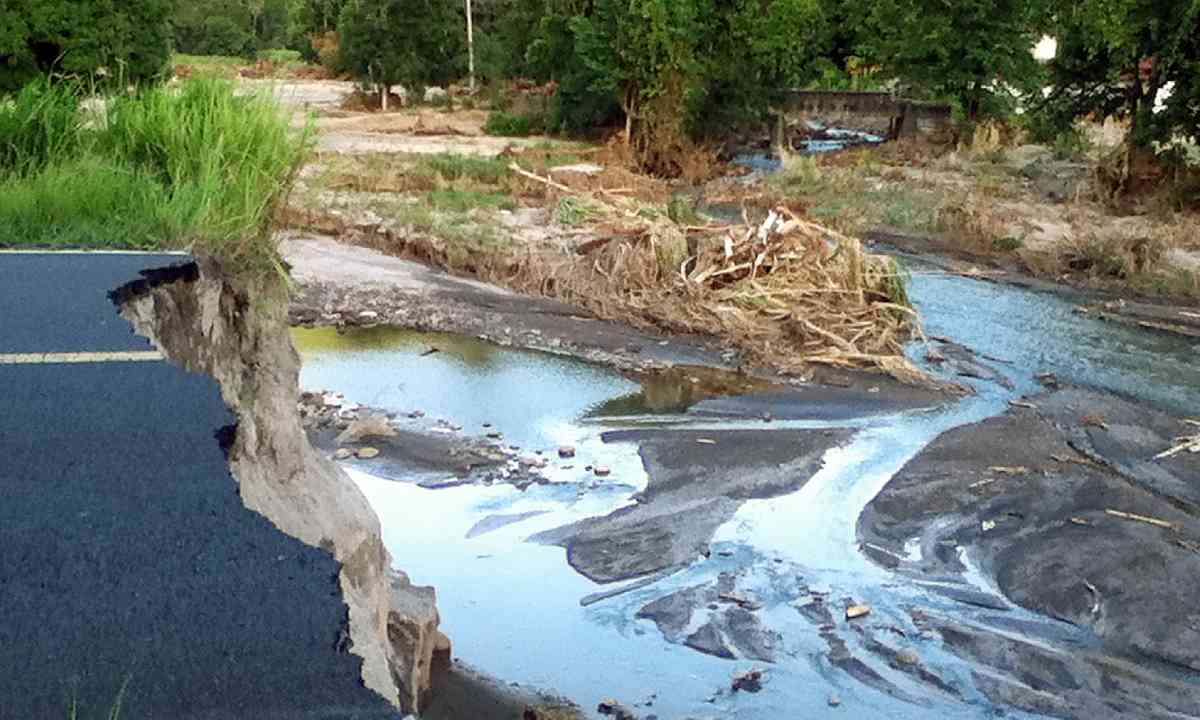 Damage after the storm (Paul Crask)

It turned out to be the worst storm the country had experienced since the wrath of Hurricane David in 1979. This time there was very little wind, but instead almost a foot of rain fell in just a matter of hours. The island overflowed. Rivers became raging torrents, hillsides and forests turned into deadly landslides. Homes were buried, roads were wrecked, bridges were washed out to sea and, tragically, an estimated 30 lives were lost.

Regional island neighbours were quickest to react, sending helicopters and emergency aid, and Dominicans worked 24/7 clearing blocked roads, the flooded capital and the main airport, and re-establishing water, telecoms and power supplies. One village in the south was entirely evacuated, another is still cut off, but islanders are beginning to dust themselves off and get back on their feet again. 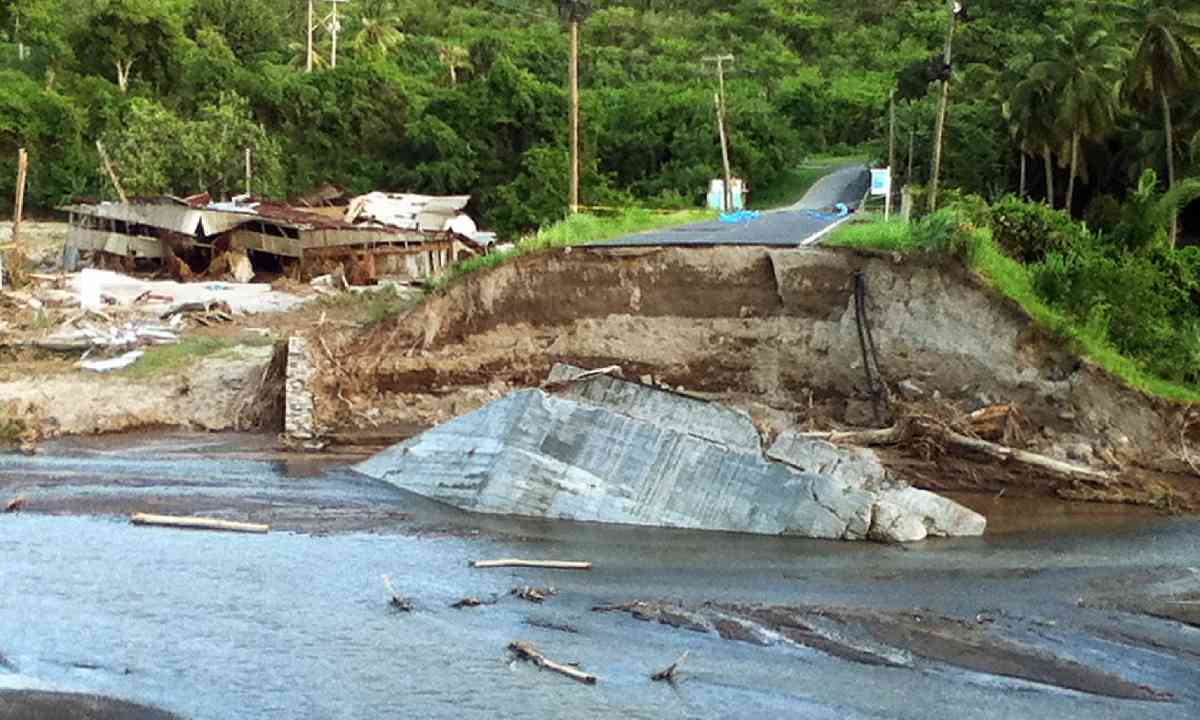 Damage after the storm (Paul Crask)

Rivers now look rather wide and barren, open wounds that are strewn with boulders the size of cars. But it won’t be for long. Already green shoots are growing, appearing between the cracks, and very soon nature will have softened the raw edges and hidden some of the physical, if not the emotional scars that tropical storm Erika has left behind.

In the immediate aftermath of the storm Dominica needed emergency assistance, but now, as it emerges from the disaster, this small island nation needs financial aid from richer countries so it can rebuild broken its roads and bridges, its schools and its homes. It can’t do all this by itself – it’s an immense and expensive challenge.

Conscious, nature-loving travellers can help in a small but very direct way by making a trip to the Caribbean’s nature island sooner rather than later, for its economy depends on an already fragile eco tourism sector that cannot be allowed to be further battered, and money spent will filter through to the people who really need it.

Dominica has nine active volcanoes – one of the greatest concentrations in the world – it has diverse natural habitats including swathes of cloud, montane and rain forest, and it has hundreds of rivers, cascades and waterfalls. Volcanic activity is evident and accessible in the form of effervescent fumaroles, steaming calderas, mineral rich hot springs, and the second largest boiling lake in the world. 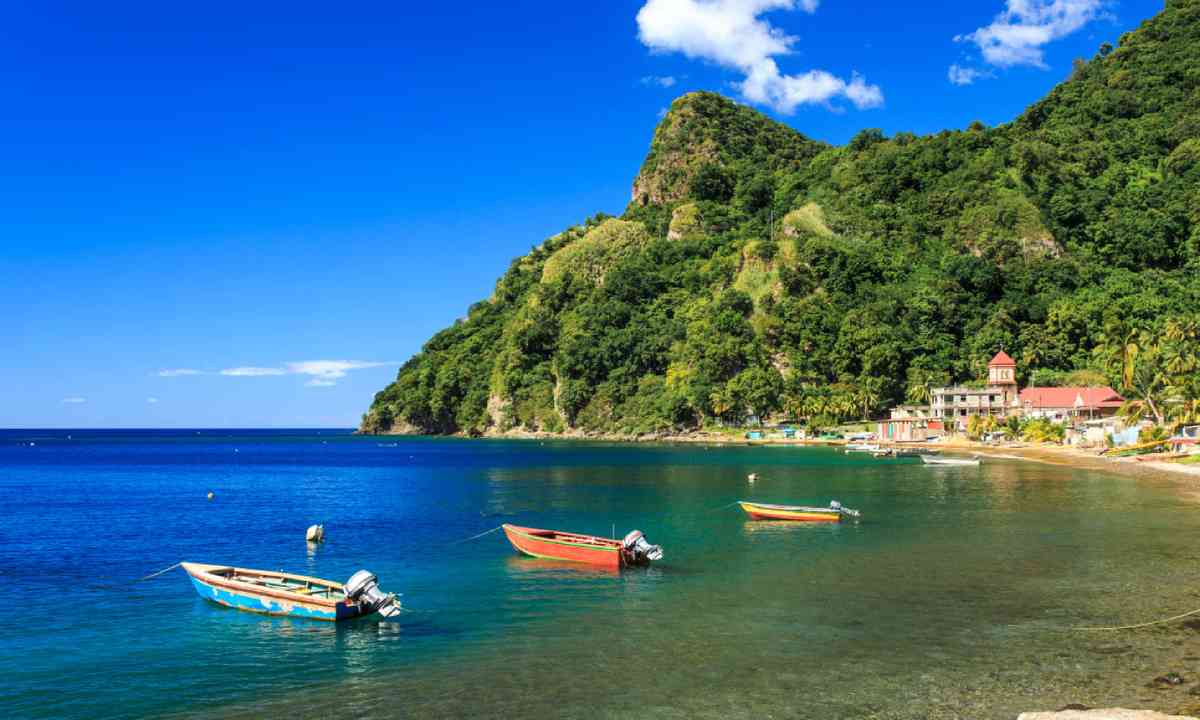 Joining the dots is a vast network of walking trails that were originally created by the island’s indigenous Amerindians, the Kalinago, and by escaped slaves (Maroons) who had secret camps in the deep forests of the elevated interior during colonial times. The 14 segment 200km Waitukubuli National Trail is unique to the region, and the 7,000 hectare Morne Trois Pitons National Park is a UNESCO World Heritage Site. It is an amazing little corner of the world.

The majority of Dominica’s hotels, eco retreats and self-catering cottages are open for business again, and where once were bridges, there are now cross-country detours and exhilarating 4x4 river crossings. But that’s all part of the adventure. It’s why you come.

Dominica’s pristine coral reefs and dramatic abyssal drop-offs were undamaged by the storm, and the resident sperm whale population never left. Momentarily down, but never out, Dominica is open for business again for those who are lucky enough to have heard of it.


Paul Crask lives on Dominica. He is a writer, editor, and author of two Bradt Travel Guides. His Dominica Traveller magazine will be available on the island and online from October 2015 and the third edition of his comprehensive Bradt Dominica travel guide from October 2016.