Day of the Dead: Everything you need to know about Día de los Muertos

From skeleton parades and sugary skulls to homemade feasts and lavishly-decorated altars, here's everything you need to know about celebrating Día de los Muertos in Mexico... 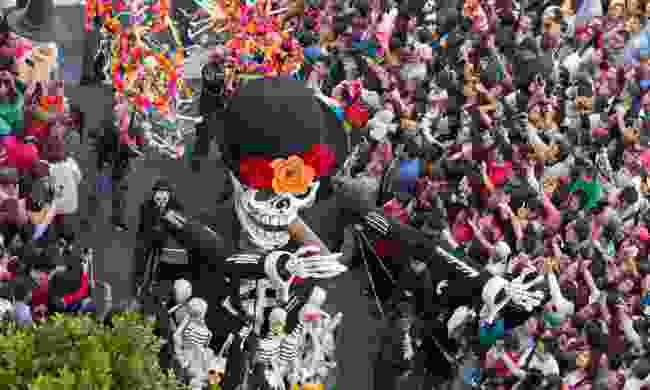 Day of the Dead parade in Mexico City (Dreamstime)

Au contraire, or de lo contrario. Día de los Muertos, or the Day of the Dead, is held around the same time but, as visitors will quickly find out, it is less about scaring people and more about celebration. The theme is death, but it’s a life-affirming explosion of singing, parades and revelry.

So, Day of the Dead is a celebration? 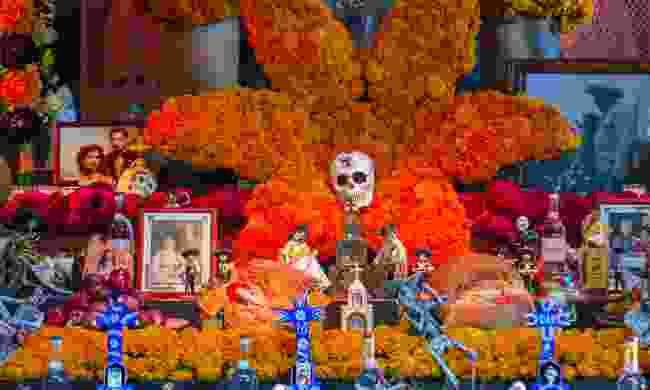 An altar for the dead, Mexico (Dreamstime)

Yes. Mesoamerican cultures saw death as a cause for cherishing life, rather than mourning, which was seen as disrespectful. The Aztecs duly created a riotous festival (originally held in summer) honouring Mictecacihuatl, the mythological Lady of the Dead, who was sacrificed as an infant.

For the two days of the festival, the underworld is said to have opened, allowing deceased souls to return to Earth for a knees-up. After the Spanish colonisation of Mexico in the 16th century, the festival fused with Christian celebrations around All Saints’ Day (1 November; the day after Halloween); the date changed and the festival became a mash-up of Aztec rites and Catholic feasts. 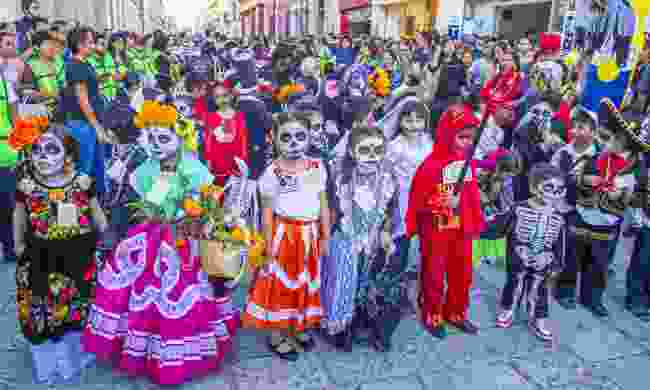 The prelude to the Día de los Muertos is known as the Day of the Little Angels (1 November), which nods to the story of Mictecacihuatl and celebrates those who died young – with toys, milk, and sweets offered at the graves of children.

The following day (2 November) brings the adult version, as bottles of tequila and mezcal (a liquor made from agave) are offered at graves along with personal trinkets and sweets, including sugar skulls.

So, it's not all one big party? 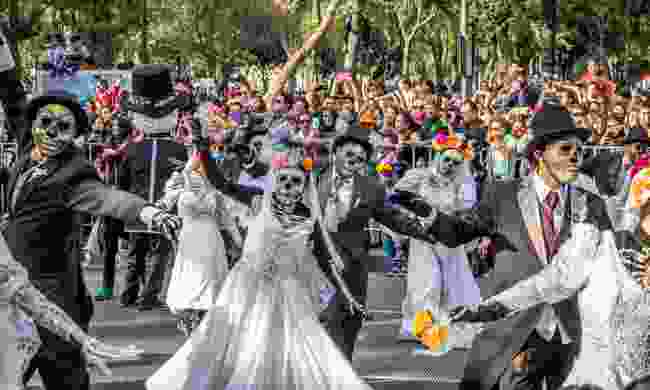 The core of Day of the Dead is deeply personal, revolving around homemade feasts and lavishly-decorated temporary altars (ofrendas). But the celebrations invariably spill onto the streets, where revellers dress up as skeletons and party hard.

Where can you experience Day of the Dead as a visitor? 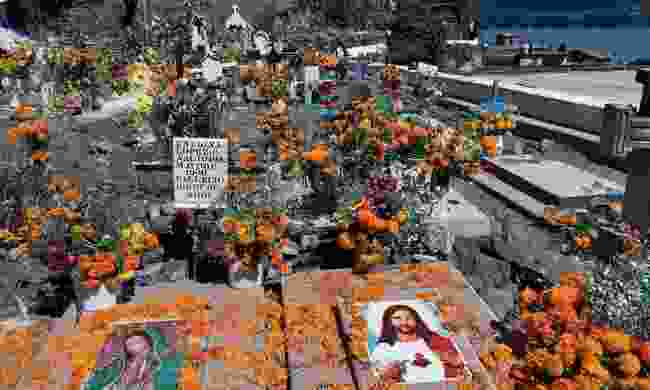 Just as individual celebrations are personalised, they also vary from place to place. In the Michoacán state town of Pátzcuaro, people from the surrounding countryside converge on the shores of its eponymous lake, pile into canoes, and head to Janitzio island for an all-night vigil.

Elsewhere, celebrations are intense across the southern state of Oaxaca, especially in the small city of Tuxtepec, where locals create elaborate patterns in the streets from sawdust, petals and pine needles. Just about anywhere in Mexico, though, you’ll find a party.

The best places to celebrate Day of the Dead

3 more festivals of the dead around the world... 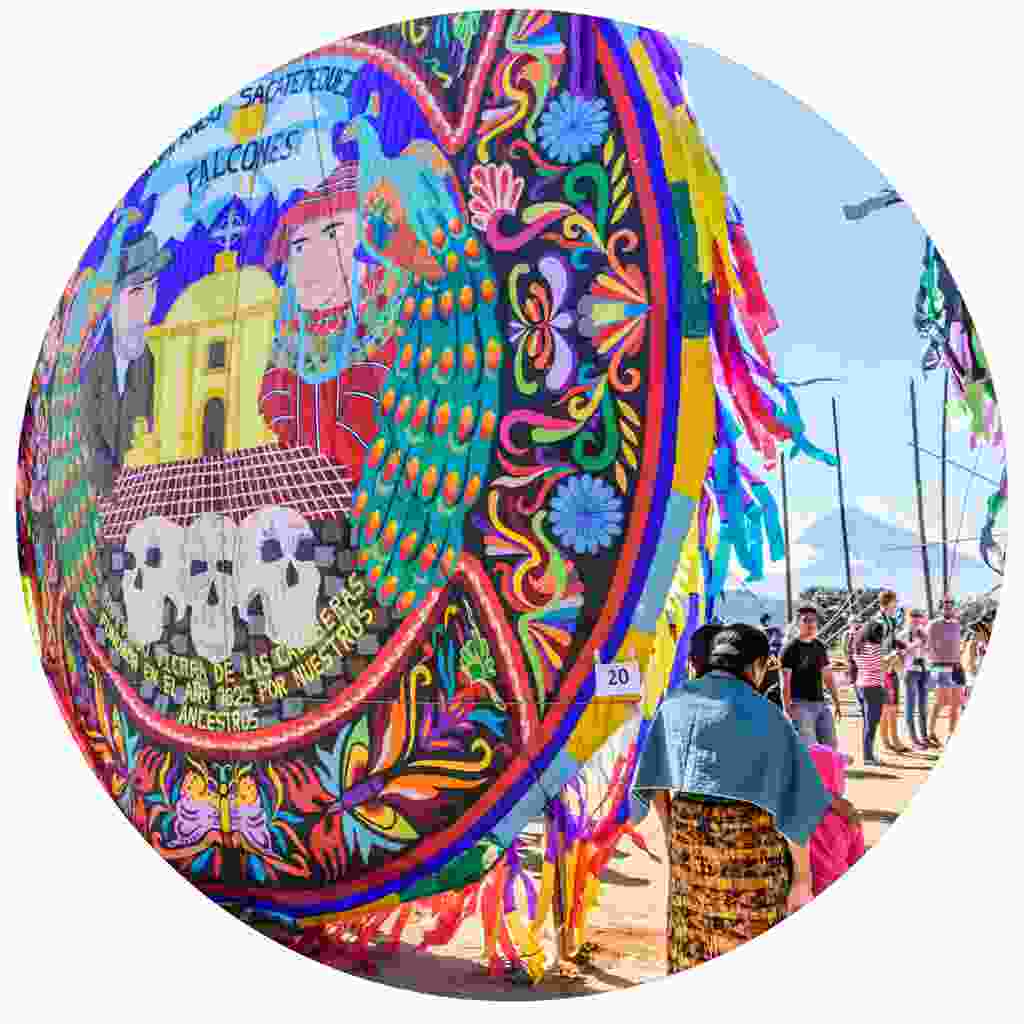 There are festivals similar to Day of the Dead across South and Central America.

In Guatemala, Barriletes Gigantes is held on All Saints Day (1 November) and is marked by the making and flying of huge kites (some over 12m wide) over the graves of the dead.

Locals also prepare fiambre, a dish of salad and cold cuts that can include more than 50 ingredients. 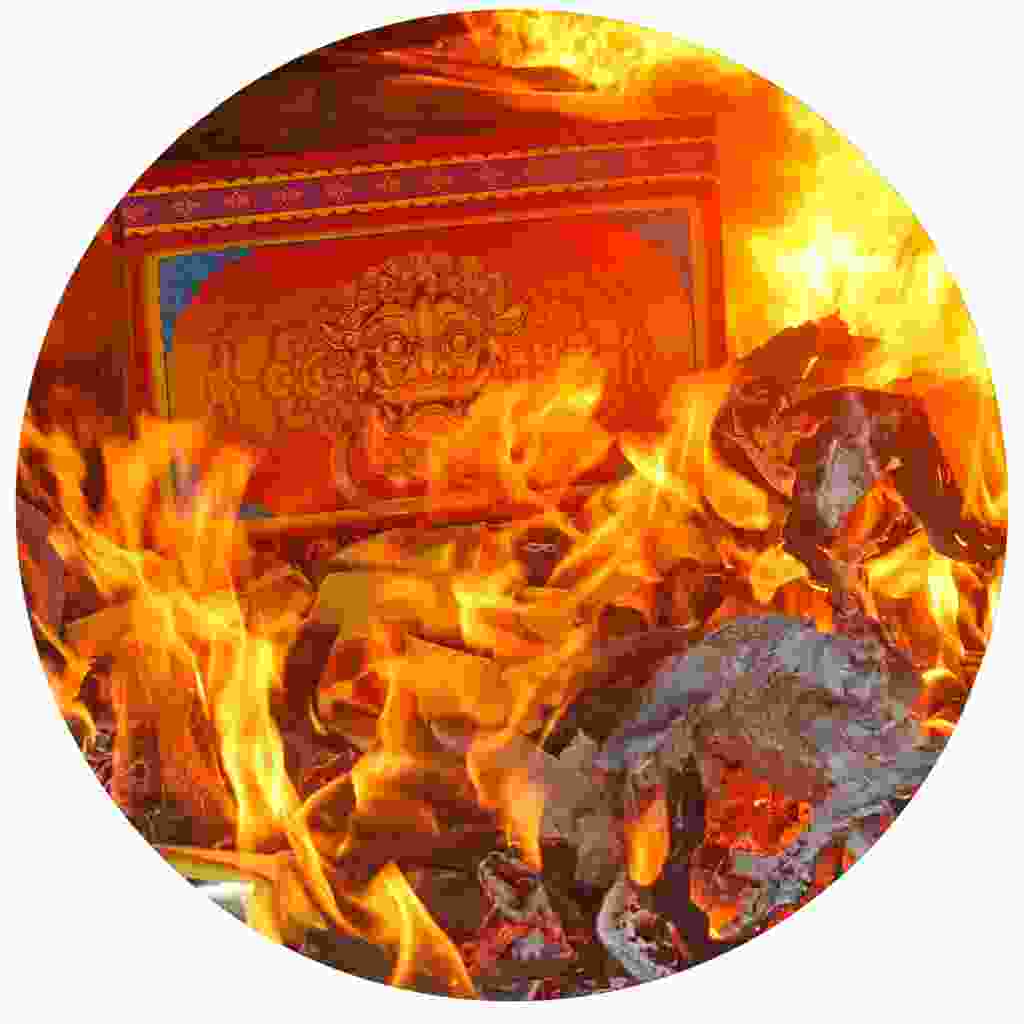 On the day, which is based on Confucian teachings, people often eat qingtuan green dumplings, filled with red or black bean paste. 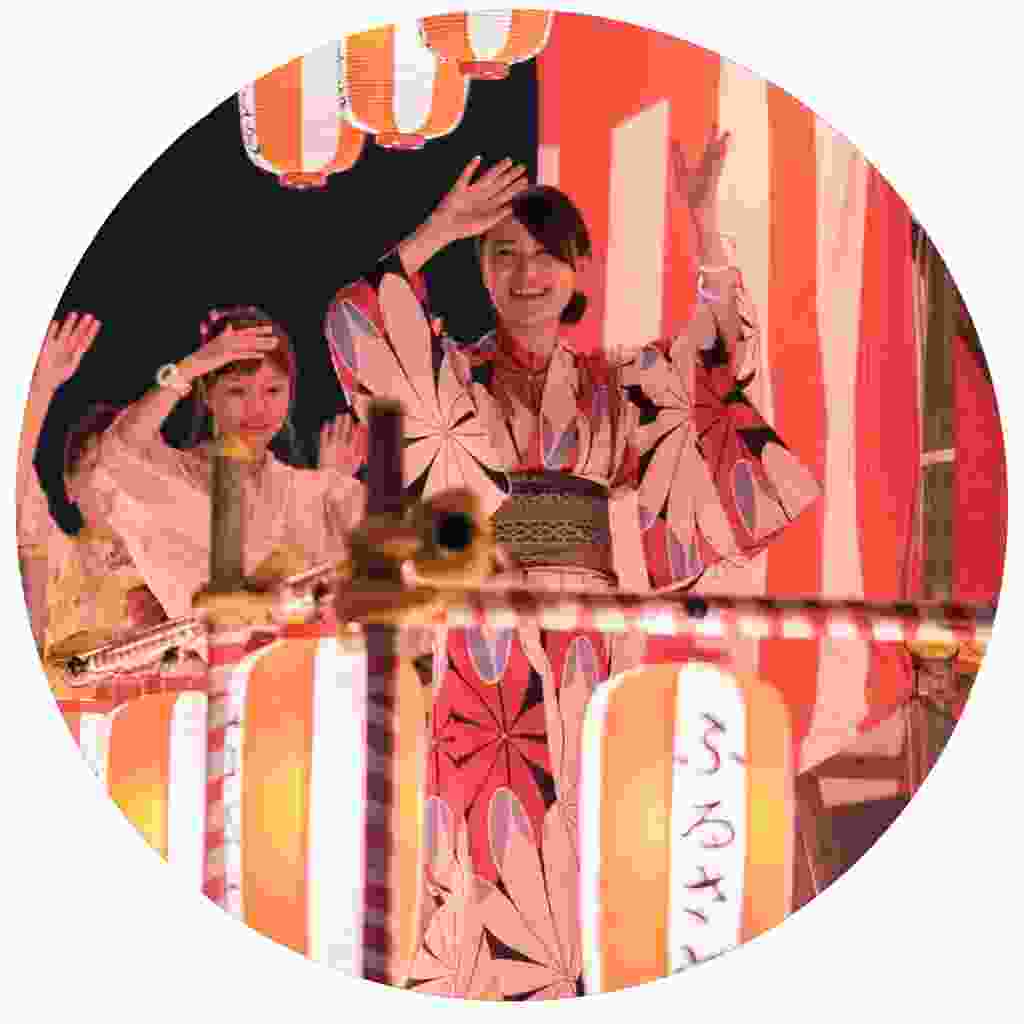 Obon, or simply Bon, is a Japanese Buddhist festival honouring peoples’ ancestral spirits, held in mid-July or mid- August depending on the region.

As well as grave visits and offerings, notable traditions include obon dances (bon odori) and hanging red lanterns outside houses.

At the end of the festival, floating lanterns are said to guide the spirits back to their world.

Read more about Day of the Dead:

Where to celebrate Day of the Dead in Mexico (and beyond)

Day of the Dead: An authentic Mexican experience