5 chilling dark tourism destinations and the lessons they teach us

They may have sprung from terror and greed, but author Tom Coote argues these dark destinations can reveal important lessons from our past and highlight the mistakes we are still making 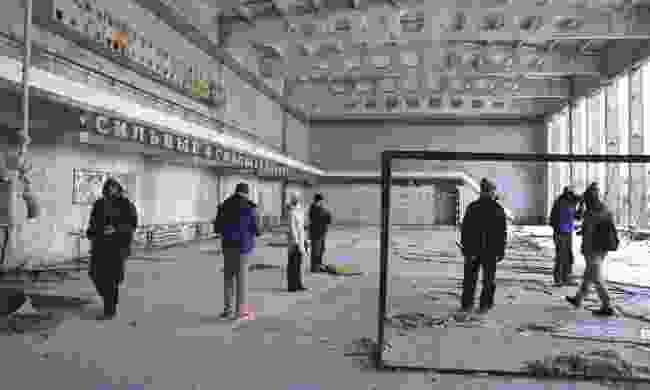 Over thirty years after the nuclear power plant disaster at Chernobyl, both tourism and wildlife are thriving within the exclusion zone.

A number of companies now run guided tours to Chernobyl and Pripyat from Ukraine’s capital Kiev. After a short lecture on safety, visitors are guided through eerily abandoned class rooms, crumbling buildings, and an atmospherically rusting fun fair, before taking lunch at the surprisingly busy worker’s canteen within the exclusion zone. The number of hours that the staff can stay within the exclusion zone is strictly controlled, and their radiation levels regularly monitored.

There wasn’t actually a nuclear explosion at Chernobyl. A series of gas explosions caused a fire and radioactive particles were released into the atmosphere. If not for the sacrifice of many Ukrainians made in controlling the disaster, it could have been far, far worse. According to the tour guides, a full nuclear explosion could have left around half of Europe uninhabitable. 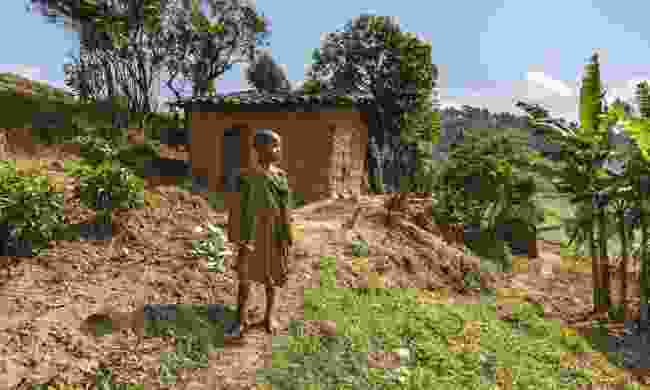 The effects of the genocide are still felt today (Dreamstime)

At the end of a dirt track, on a hill surrounded by forest, within a complex of unremarkable buildings that was once a technical college, now stands the Murambi Genocide Memorial. The incongruously modern museum is dedicated to the estimated 800,000 souls who lost their lives during the 100 days between April and June 1994.

Despite the well-funded facilities and slick presentation, there is no attempt made to shield the visitor from the harsh realities. Corpses preserved in lime have been exhumed from huge pits, holding thousands of victims, to be displayed amongst the outbuildings and within lavish museum display cabinets next to their tattered clothes and family photographs. Compressed by the weight of the thousands of bodies thrown in after them - many of who were still alive - their skulls and remaining limbs have become so distorted as to be barely recognisable as human.

‘We want people to know what happened’ said the curator. He had been nineteen at the time of the genocide and only survived by running away from another nearby internment camp. 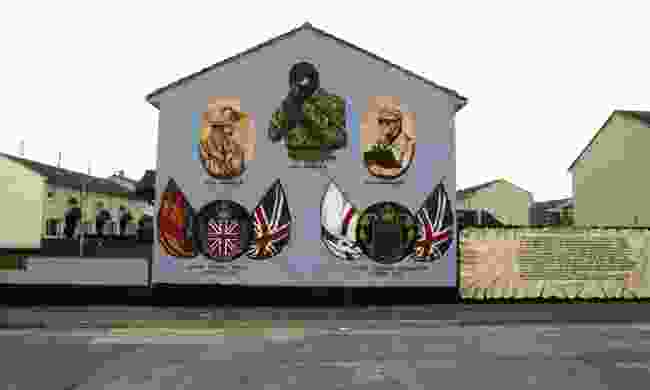 For years, tourists were put off visiting Northern Ireland because of The Troubles’. But this often brutal living history has now become a significant tourist attraction in its own right.

While Belfast’s Black Taxis – run by separate associations for nationalist and unionist areas – started off as shared transport strictly within religiously designated areas, they are now best known for their popular ‘Troubles Tour’. During the day they herd cab loads of camera wielding tourists between sectarian murals, murder sites, and cemeteries, in both Protestant and Catholic parts of Belfast. But every night, the gates across the ‘peace lines’ marking sectarian divisions still come down. 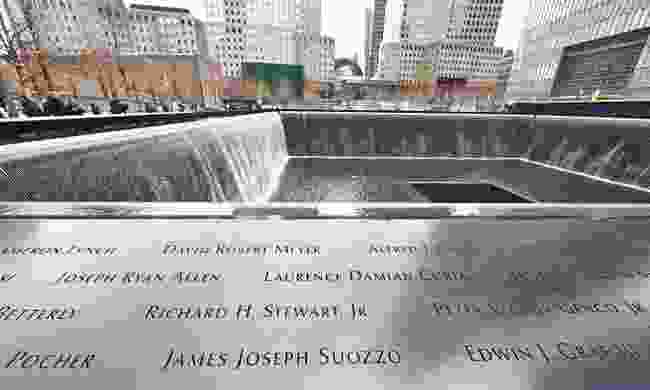 The site of the largest terrorist attack of the 21st century has inevitably been turned into an expensive tourist attraction. Although they can’t charge visitors to stand in front of the Memorial Pools, filling the void at Ground Zero itself, or to stare up at the new One World Trading Centre (or Freedom Tower), there is a charge of $24 for anybody who wishes to pay their respects to the 2977 victims from within the memorial museum itself.

In fact, the whole issue of cost around the new World Trade Centre complex is highly contentious. Every component of the reconstruction project appears to have gone insanely over budget. The One Word Trade Centre has cost over $4 billion, so far, making it the most expensive skyscraper of all time. The cost of what was supposed to be the low budget transport hub has skyrocketed to over $4 billion. Even the memorial and museum reportedly cost over $1 billion.

As some kind of recompense, visitors spend millions more dollars each year at the Ground Zero gift shop, buying such items as Word Centre ties, commemorative key chains, and stuffed animals. A sobering reminder that in the US, even grief can be commercialised. 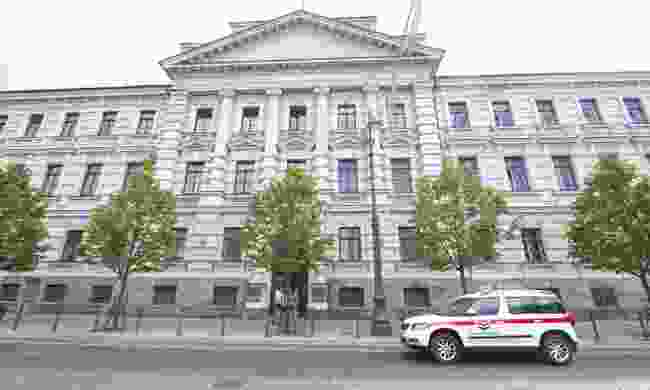 The KGB's notorious headquarters and prison in Lithuania’s capital, Vilnius, was still operational, torture chambers and all, up until 1991. It is now known as the Museum of Genocide Victims, and offers both audio and fully guided tours of the former prison cells, interrogation rooms, and execution zones. Some of the larger cells have been turned into exhibitions featuring torture devices, gas masks that look like gimp masks, and sepia tinted photographs of uniformed young men being 'disciplined'.

Many of those tortured or executed within the prison were Jewish insurgents. Up until the Second World War, Vilnius used to be known as ’the Jerusalem of the North’. Together the Soviets and Nazis, along with the help of many ethnic Lithuanians, murdered around three-quarters of the city’s 100,000 Jews. Today, only around 3000 Jews remain in Vilnius. 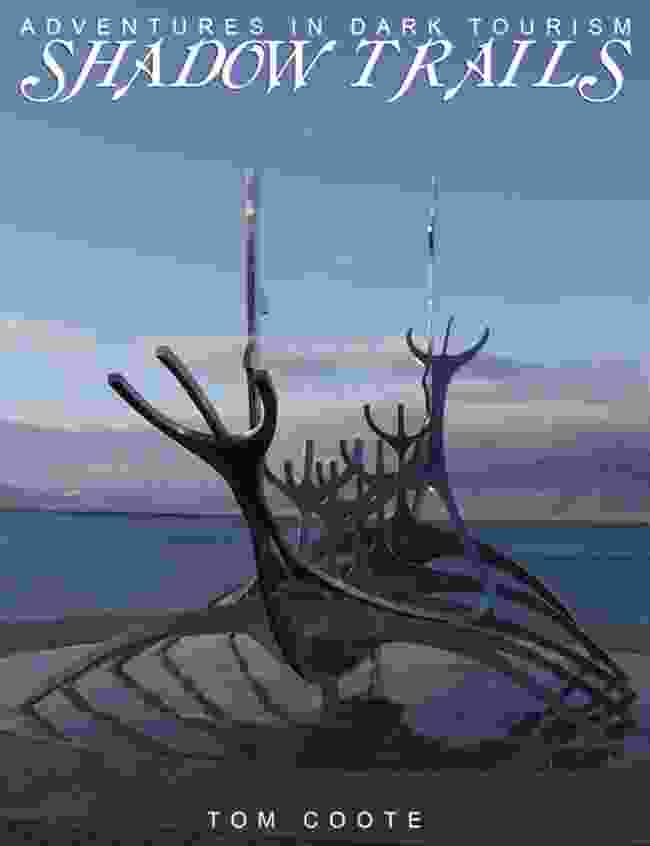 Tom Coote is an author and travel. His latest book, Shadow Trails: Adventures in Dark Tourism, is out now and can be ordered on Amazon.