Cycling around the Loire valley, France

“And zees room... zees room we call ‘eaven,” drawled Jean-Michel, the proprietor of Aubert La Chapelle vineyards. I looked around me, decidedly unconvinced.

I was standing in a dimly lit 13th century cellar that looked like a school biology experiment gone horribly wrong. Black furry mildew shrouded every surface, crawling up the walls like Mother Nature’s own attempt at flock wallpaper. Bottle-shaped stalagmites of mould protruded from every shelf. It was cold, damp and smelt like my grandfather’s shed. Now while I happily concede that we all have different views on what the celestial afterlife might be like, I was pretty sure that this was not mine. But then it all became clear.

Somewhere under that blanket of fuzz lurked bottles of wine dating back as far as 1856, only to be brought out for special occasions in the Aubert family calendar. Sadly, my flying visit did not warrant cracking open a bottle of the revered 1921 vintage, but I couldn’t complain as I looked out over the vineyards in the evening light, thoughtfully sipping some of the more recent Aubert La Chapelle produce. 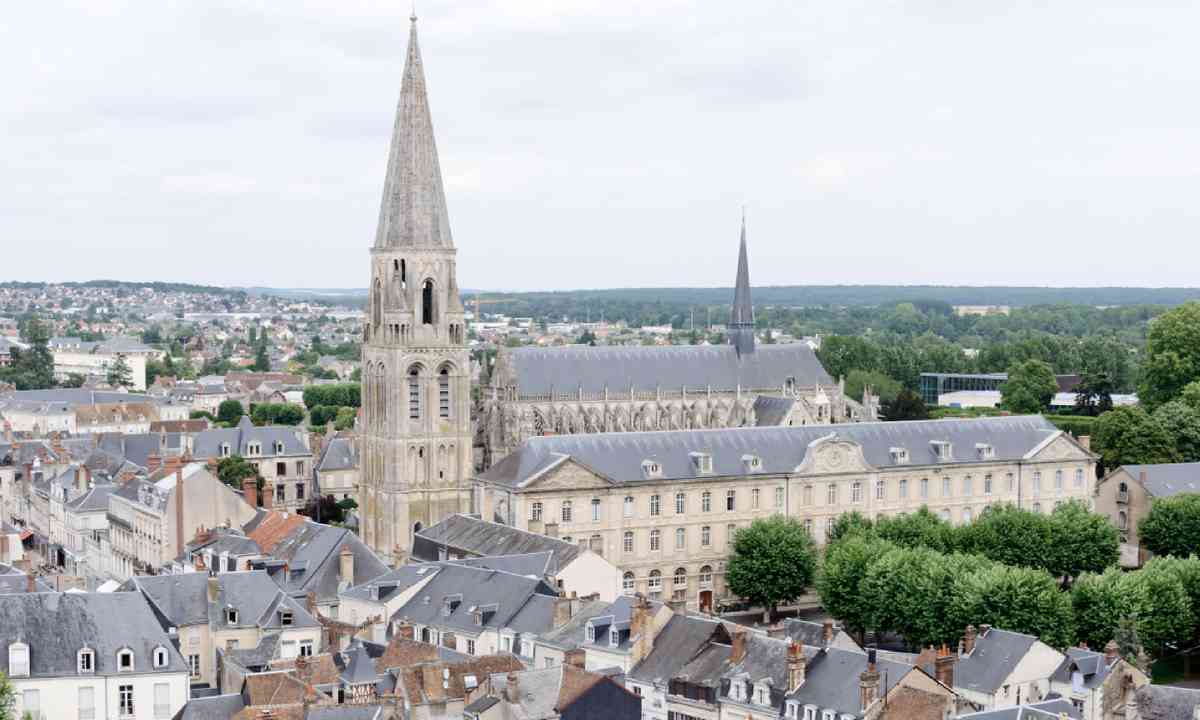 Wherever you are in France, you can guarantee that wine will play a leading role. In fact, wine, good food and decadence in general featured heavily on my cycling tour of the Loir Valley. North of the more famous River Loire (with an ‘e’), the River Loir (without one) flows from just north of Vendôme, across to the outskirts of Angers. To confuse matters further, the Loir Valley is actually inside the general area of France known as the Loire Valley. Perhaps this was just down to a lack of imagination when it came to the naming of rivers, but in my opinion it was a deliberate ploy by the French to baffle as many foreign visitors as possible. And it works.

The Loir might not have as many letters to its name, nor quite as many flamboyant châteaux per capita as the Loire, but as a result it is quieter, more unspoilt and free from coach parks and tourist gift shops. With its gently undulating hills and peaceful stone villages where flowers drip from every window sill, the bicycle is the only way to explore the region at a suitably relaxed pace. Added to which, cycling involves just the right amount of physical exercise needed to justify the copious baguette and cheese consumption at every stop.

So, equipped with a map and a purple bicycle, I set off from Vendôme, a charming town of manicured riverside gardens, humpbacked bridges and fantastically ornate Gothic abbeys with gargoyles leering down from the spires. Outside the town, it was not long before I found myself pedalling peacefully through fields of sunflowers, all bobbing their heads towards the sun like a group of ardent worshippers.

I was in the real France, and as far as I could tell, I was the only foreigner. Everyone I saw was unmistakably French, from the cheery couple picking berries at the side of a field, to the two old ladies chatting while standing nonchalantly in the middle of the road. Not that there was much traffic to worry about – the occasional car, a tractor here and there, and the nervous-looking postman that I happened to follow on his rounds for the entire morning. 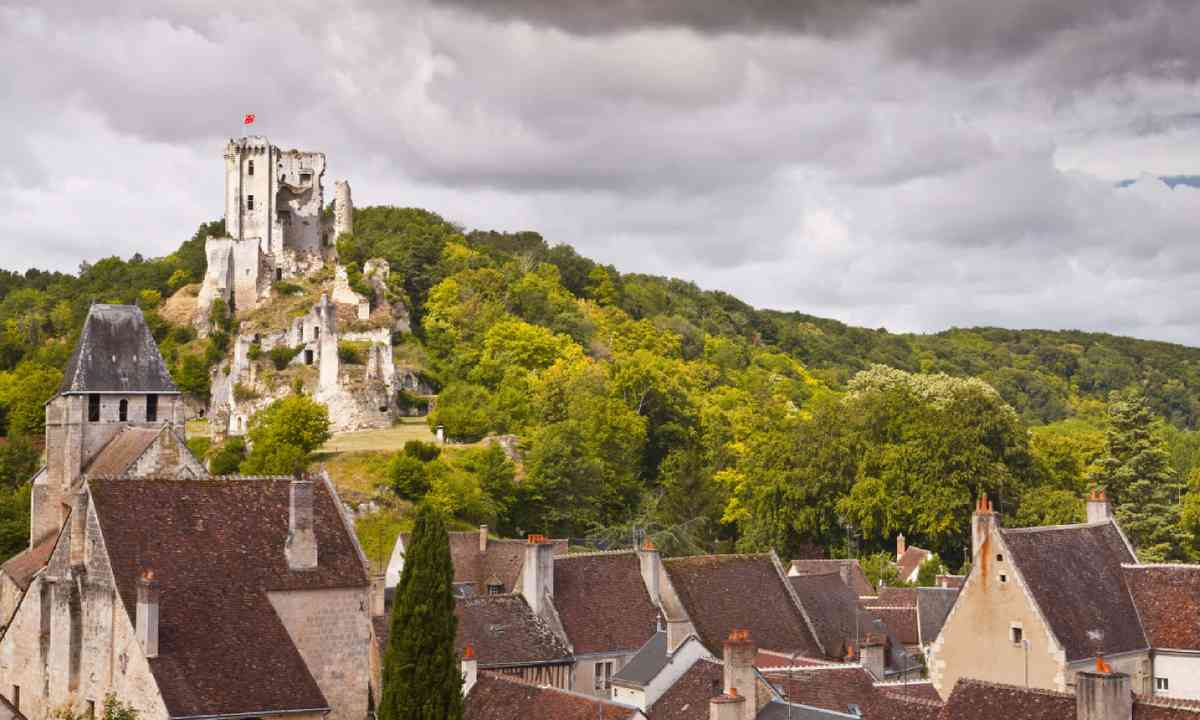 Coasting happily down a road, I passed a sign that informed me that I was soon to be entering Lavardin – ‘Le Plus Français des Villages de France’ (The ‘Frenchest’ village in France). Instinctively I slowed down with a heavy heart, half-expecting to go round the corner to find some Disney-inspired mini theme park where Tricolore flags fluttered from every window and ‘La Marseilleise’ played from concealed loud speakers. Actors in striped jerseys would cycle around with their strings of garlic, past card-playing old men drinking carafe after carafe of wine.

Of course, I was wrong. As I rumbled over the Loir on an arched Gothic bridge, Lavardin came into view – a ridiculously pretty cluster of houses made from stone the colour of crème brûlée, a 12th century church, and what’s left of a château standing sentry-like on a hill. No fluttering Tricolores, not even a whiff of garlic. Just a quiet village and the sweet aroma of bread and marzipan luring me to the local boulangerie, where I happily parted with my euros in exchange for a selection of quiches and fruit tarts.

I spent my afternoon trundling past sunny pastures, grand châteaux and green river banks that just begged to have a chequered tablecloth and a picnic basket laid upon them. I didn’t have to worry about finding somewhere to stay the night, for at Le Cheval Blanc in Trôo, not only would there be a five-course meal and a warm bedroom waiting for me, but my luggage would be there too.

The wonderfully civilised Vèlo Bleu–Vèlo Vert scheme has been set up by the Loir Valley Tourist Board to allow visitors to explore the area by bike, while their bags are transported on to the next hotel on an arranged itinerary. They provide you with a detailed map and then it’s simply up to you to spend the day getting to your next resting place.

The village of Trôo wraps itself in and around a steep cliff that looks down into the Loir valley. Even from a distance I could see precipitous staircases and daunting paths criss-crossing the chalky rock. So it was with a substantial sigh of relief that I also spied Le Cheval Blanc tucked comfortably at the bottom of the cliff, just yards away from the banks of the Loir. The exploration of Trôo would have to wait until tomorrow. For now, an exploration of the menu and the wine list would more than suffice.

The next morning I found myself wandering around the most extraordinary of villages. Not content with carving steps and paths into the rock, the medieval town-planners of Trôo decided to go one further and carve houses into the cliff face too. A vast network of caves and troglodyte dwellings exists behind the rock face, only noticeable from the occasional tiny doorway or window peeking out from the limestone. In the hazy sunshine the whole place felt like something out of Tolkien. A random hobbit would certainly not have gone amiss among the winding paths and neat kitchen gardens.

Instead I came across the Cave-Expo des Amis de Trôo, where an eccentric young French man showed me what life must have been like for the medieval inhabitants of the village. Chilly, damp and pretty miserable was my general conclusion. Even inside the caves, they were far more suitable for someone of hobbit-proportions than a fully grown human being. The bed in particular I thought peculiarly tiny, until my guide explained that people in those times believed that to lie down flat in bed was to tempt the Grim Reaper. No doubt a superstition started by the local opportunistic osteopath. 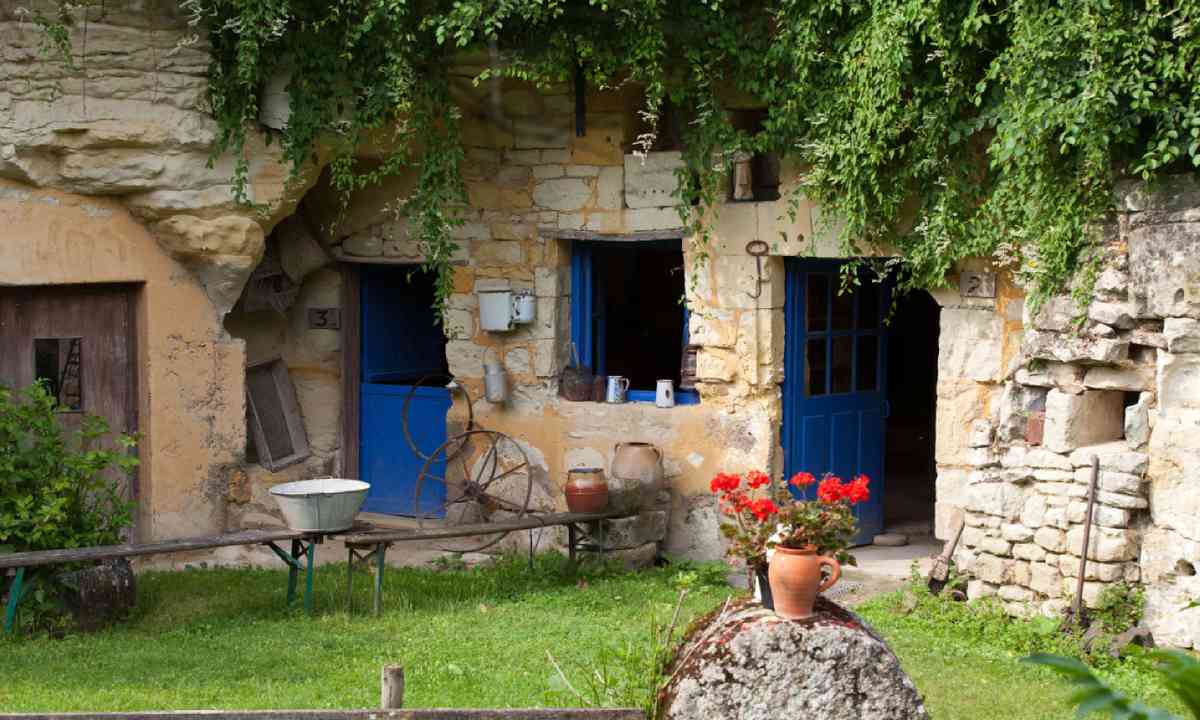 Thankfully, almost all modern comforts have now been brought into the troglodyte homes and I was very tempted to stay the next night in the ‘troglo-gîte’ that I spied on one sun-filled terrace, but I knew I should push on to my next destination. Back on my bike I careered along rural roads trying desperately to ignore the tempting culinary smells that emanated from every humble restaurant and village shop. But trying to avoid good food in France is a futile exercise, so I took to sampling as much of the local cuisine as was feasibly possible when having to cycle between meals.

On my third day I even pulled into one of the many farm shops that were signposted by the side of the road. Alongside the delectable looking homemade jams, lay a vast selection of wares that, frankly, would have looked more at home in an autopsy. A pretty comprehensive catalogue of animal body parts was displayed boldly in large glass jars with only the occasional carrot or onion inside to denote that they were in fact meant for consumption. I pointed nervously at one jar: “Qu’est-ce-que c’est, Madame?”

“Tripes de cerf,” she replied nonchalantly. Deer’s stomach wasn’t exactly what I had been craving, so I tried another, a bit further down the counter.

“Confit de cœur de cerf.” Again, a deer’s heart submerged in fat wasn’t really tickling my tastebuds, so I moved even further down the rows of jars, all too aware of the by-now-rather-bored farmer’s wife following slowly behind me. Desperate not to leave empty-handed, I pointed to the most inoffensive-looking jar I could find.

“Miel” she said, before I could even ask. I smiled with relief. Honey. Now that I could handle. 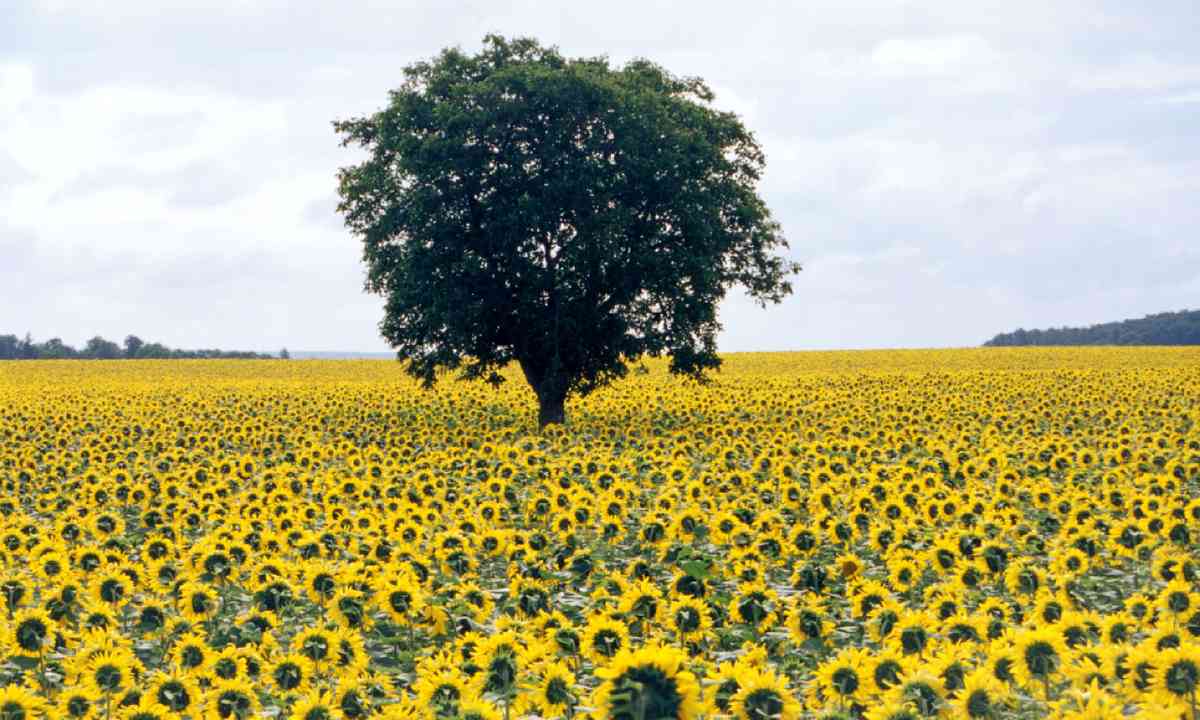 Sunflowers in the Loire region (Shutterstock)

Further down the valley I was to exchange fields of sunflowers for a dense oak forest, and my standard (but by now quite beloved) purple cycle for a yellow mountain bike and a blue kayak. Deciding I was in need of some fuel before my afternoon of action, I headed into the heart of Bercé Forest where a restaurant is hidden among the trees. In fact, the forest has even made its way inside l’Hermitière’s main dining room – a 400-year-old pear tree sprouts up through the floor boards and disappears into the ceiling while waiters busy themselves around it. Outside, sitting in the dappled shade beside a small green lake, I ate some of the finest food of my life in one of the prettiest settings.

A few hours later I was paddling serenely on the river, having only just survived a vigorous bout of mountain biking along leafy forest trails and hillside vineyards. The poplar-lined Loir stretched out before me where no doubt it would pass through more untouched hamlets and rolling hills. I was tempted to keep going to the river’s end, but that evening I had a date with a French wine man who said he was going to take me to heaven.