Hvar and beyond: The 7 best, most beautiful islands in Croatia

With 1,244 islands to choose from picking which one, or ones, to visit on your Croatian adventure is hard. Allow us to help, with the best, most beautiful and slightly hidden gems...

So many islands (1,244 to be exact), so little time. We share the best of the glittering Adriatic necklace  - so you can make the sure you're using your time wisely during your stay along Croatia's glorious coastline.

The best and most beautiful Croatian islands are... 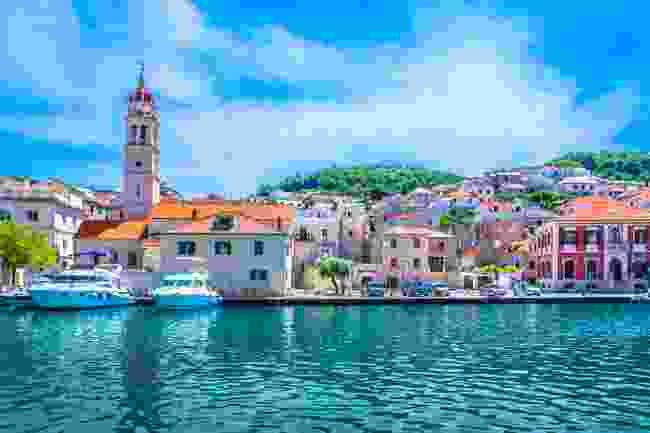 Hikers and beach lovers should make a beeline from Split for this rugged island. If the quality local stone looks familiar, it's because it was used in the construction of the Hungarian Parliament in Budapest and the White House in Washington D.C., USA.

The main hiking attraction is the sweep up to Vidova Gora, the highest peak of any of the Croatian islands, at 778m. From this lofty perch, you can enjoy a panoramic view back towards the city of Split and out across a slew of other islands. If you're island hopping, it makes a great place to kick off your adventure, as you can clearly see your next steps.

Another superb hike is the gorge walk to the remote Blaca Monastery, which is built into the local hillside. Beach-wise, the big attraction in the island town of Bol is Zlatni Rat, or the Golden Horn. It's arguably the most famous beach in Croatia, as it shimmers out in all its starched white glory into the clear blue Adriatic, fringed by pine trees.

You won’t be alone in Brac, but you’ll still be glad you have come to discover this idyllic spot. Sneak down at sunrise if you want to enjoy it in its best light devoid of the crowds. 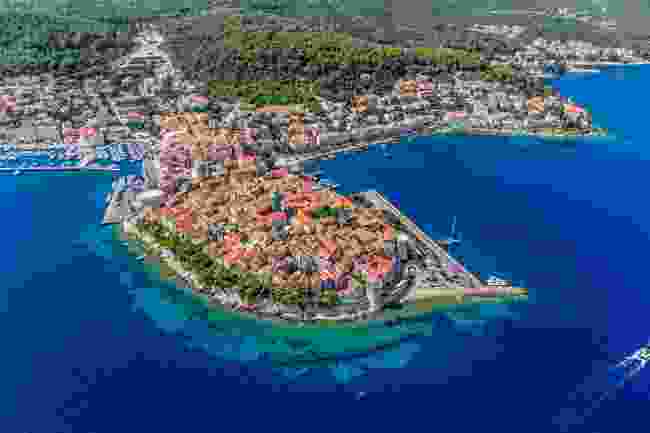 This varied isle is said by the locals to have been the birthplace of a certain Marco Polo. They even have a ‘Marco Polo House’ in the island capital of Korcula Town.

It’s easy to see why this world weary explorer would have wanted to call Korcula home, too. It’s a chocolate box Venetian stunner - a mini Dubrovnik if you like.

You could easily while away a few days in the local cafes, bars, restaurants and on the shingle beaches. Let yourself be tempted eastwards to the Lumbarda Peninsula, home to plenty of proper sandy beaches. (Those are surprisingly rare in shingle and pebble-speckled Croatia).

Local wine is also fairly tempting. Remarkably, the Grk grape is only cultivated on Korcula. You can enjoy a tasting at Bire, a family-run winery that has recently started experimenting with oak aging with some delicious results. 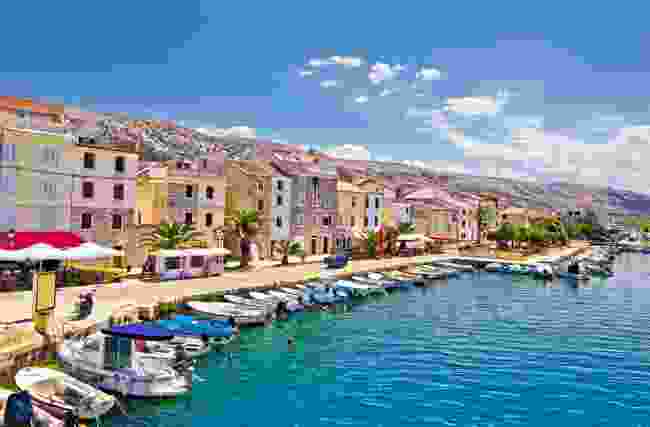 If you're a fan of lamb or cheese, that alone is reason to visit Pag. Many travellers report that the finest lamb they've ever tasted hails from Pag, where it marinates itself on the salt swept local terrain with a diet of local herbs. It is best enjoyed slow cooked on a traditional peka oven.

The deliciously sharp and creamy hard sheep cheese the island is renowned for is utterly delicious, too. It is often served along with the local version of prosciutto, pršut. Incredible.

Stellar food aside, the island is most famous these days for the nefarious dance parties in the northern town Novalja, though the island capital of Pag Town still retains its pleasantly historic air, and remains the best base for exploring. 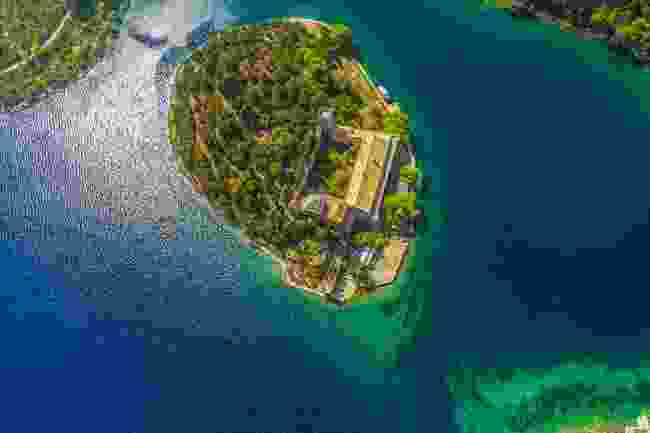 If you came to Croatia to get closer to nature, this island is the place for you. Mljet is an emerald jewel, green and virginal, with half of it protected as a national park.

In a nutshell, Mljet is the perfect antidote to the busier islands. There is little to do here bar bathe in the clean sea by a secluded tree-shaded bay, or float around the salty inland lakes. Soon, you'll forget that the modern world exists.

Hopping on a bike is a great way of getting around the island. Take in nature on two wheels, all while keeping active. 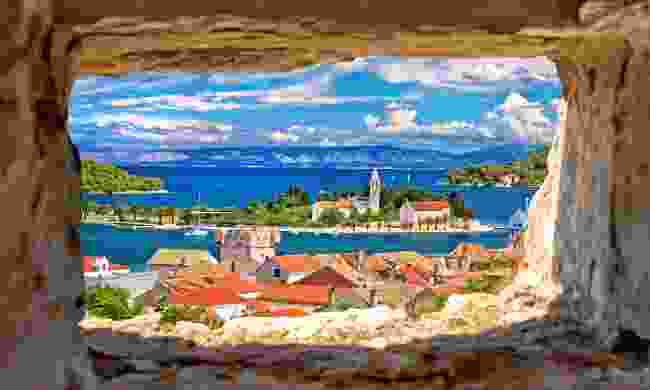 If you’ve been to the islands that grace Scotland’s west coast, Vis might look a tad familiar. The rugged hulk of this unique Croatian island – the most remote inhabited isle in the country – is positively Hebridean.

Arrive in Vis Town, where it looks like the Venetians left yesterday. Admire the ornate architectural touches around the windows, and those graceful balconies. The Kut district is also home to the finest buildings, as well as the town’s best seafood restaurants.

The other significant settlement is Komiža, on the other side of the steep island. It also has Venetian architectural flourishes and superb lobster restaurants. It is most known, though, for the access it offers to scuba and snorkel trips out to the famous Blue Grotto on the island of Biševo, Croatia’s version of Capri. 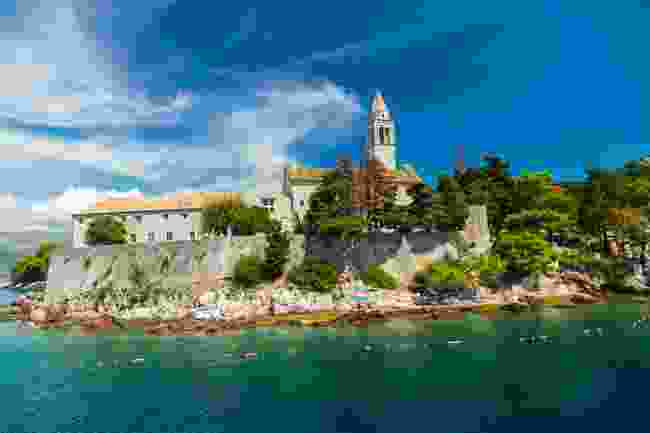 OK, so we’re cheating a little here, but not only is this small archipelago a great option for island hoppers (as they are so close together), but the main islands are very easy to get to by ferry from tourist-crammed Dubrovnik.

As well as new money hotels and yacht owners, you'll get the chance to see little snatches of local life, too. To really experience them, get a skipper for the day via Dubrovnik Boats, and take in all their favourite spots.

Avoid the packed tour boats from Dubrovnik that chug around the busiest bays, trying not to run over snorkellers as they go.. Instead, use the local Jadrolinija ferries to travel between Sipan, Kolocep and Lopud.

Sipan is the largest with over half the archipelago population (around 450 inhabitants). Sipan also has the best beaches, though Kolocep is the closet to Dubrovnik. 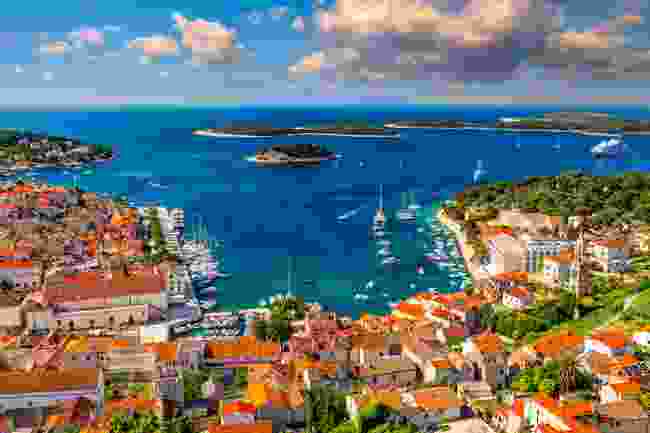 It’s tempting to write off the glitziest of the Croatian islands as a party place and a parking spot for millionaire yachts.

Do so and you miss out on the grandeur of Hvar Town, home to some of the most impressive Venetian-era architecture in Croatia. And that is saying something.

If it all gets too much, it’s easy to take a boat trip out to an uninhabited isle, naturist or otherwise. Yes, the prices in the local restaurants tend to be high, but the quality is good especially if you slip a few streets back from the waterfront.

7 of the best things to do in Šibenik

5 reasons you must visit Pula, Croatia