Where do the world’s bestselling crime writers go on holiday?

We asked top crime writers, including Patricia Cornwell and Val McDermid, where they travel to to escape the darkness. These are the places they love to hike, dive, climb or learn about medieval torture… 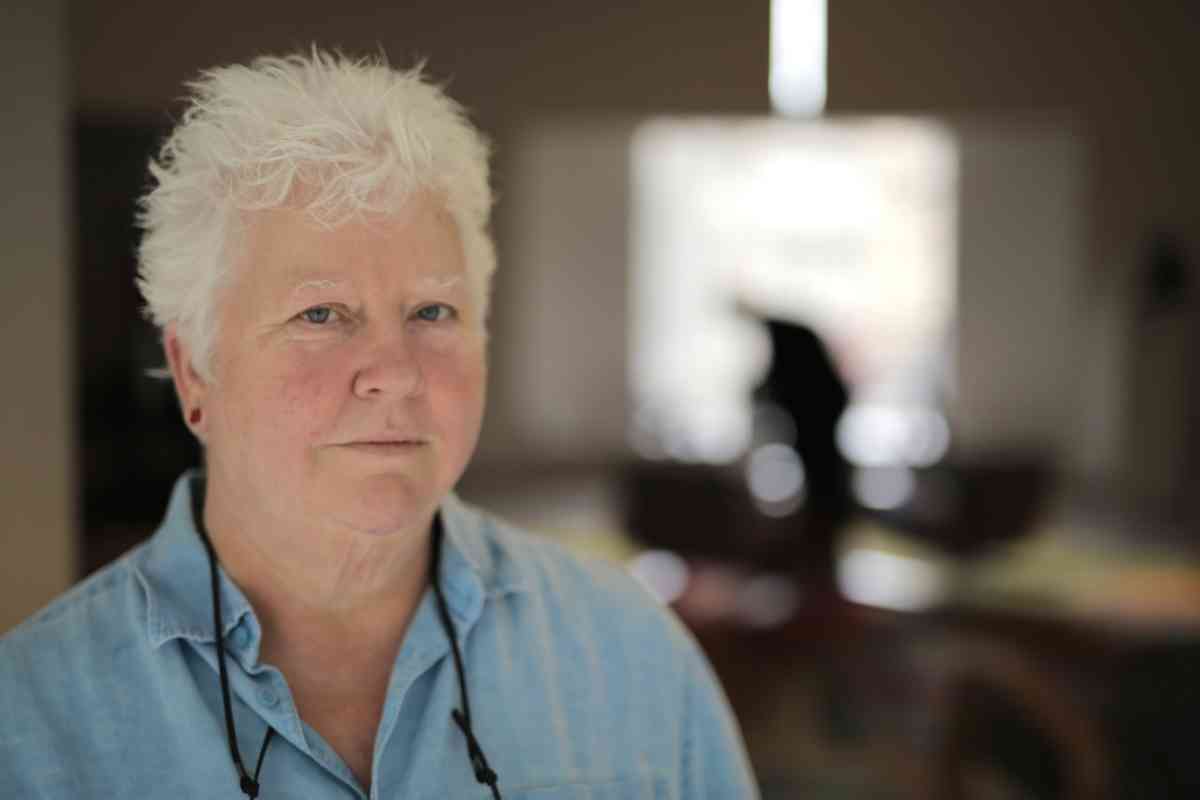 I don’t usually go on holiday looking for inspiration but sometimes the atmosphere of a place is irresistible. I’ve probably spent more time holidaying in Italy than any other country. I love the landscapes, the hill towns, the food and drink, the generosity and warmth of the people.

Inevitably, I’ve butted up against elements that have ended up inspiring my work. When I was working on the idea for The Mermaids Singing, I was struggling to find an illustrated guide to medieval torture, so I could picture the devices I needed to write about.

Meanwhile, we were on holiday in Tuscany. All over Florence were adverts for the Museo Criminologico in San Gimignano, which intrigued me and my companion, a criminal lawyer, so off we went to San Gimignano, only to discover that the museum was in fact dedicated to implements of torture. 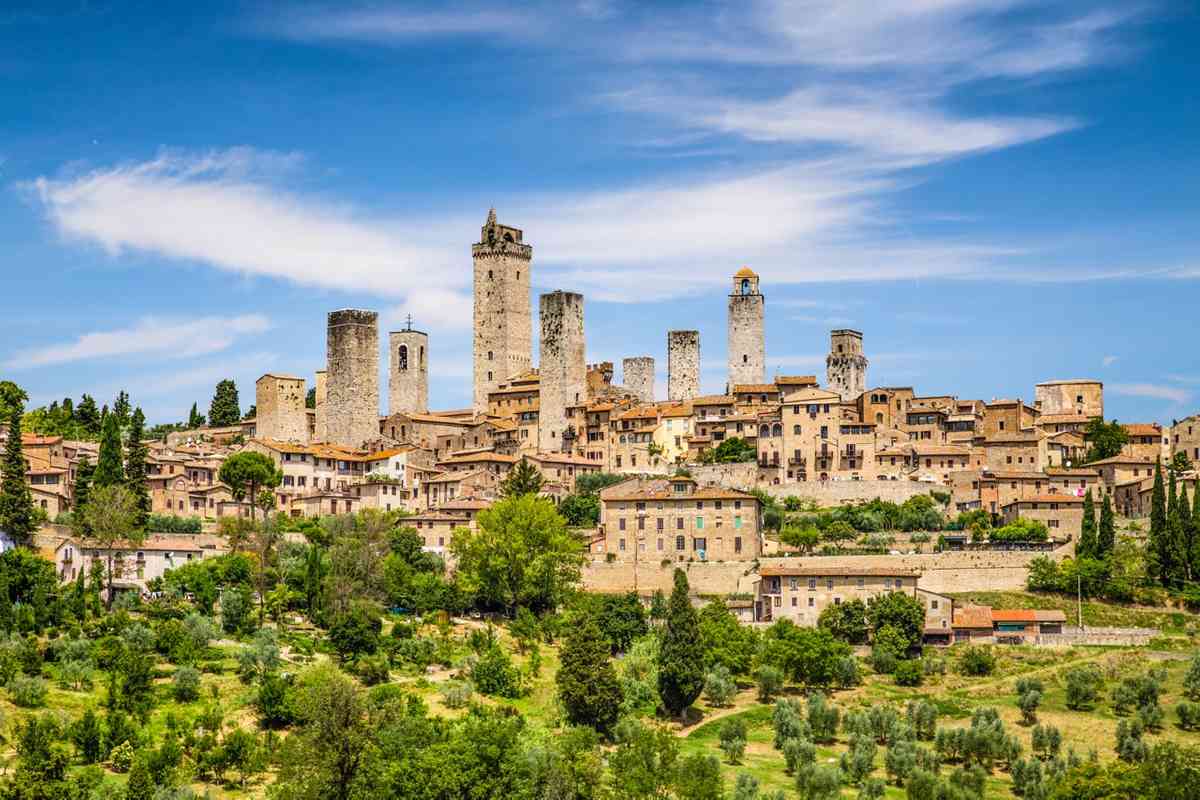 While others flinched and ran away, I took notes and pictures that became the basis for the book’s descriptions, which won the Gold Dagger for best crime novel of the year.

Another book that drew inspiration from Tuscany was A Darker Domain. We regularly stay in a converted casa collonica in the Val D’Elsa, and my imagination caught fire when I discovered that a ruined house halfway up the track had been squatted by itinerant puppeteers, who seemed to have left in a hurry.

I lay by the pool wondering what the story behind their departure might have been. By the end of the holiday, I had a twisted tale that included, among other things, the rare breed pigs kept by our friends down the hill. 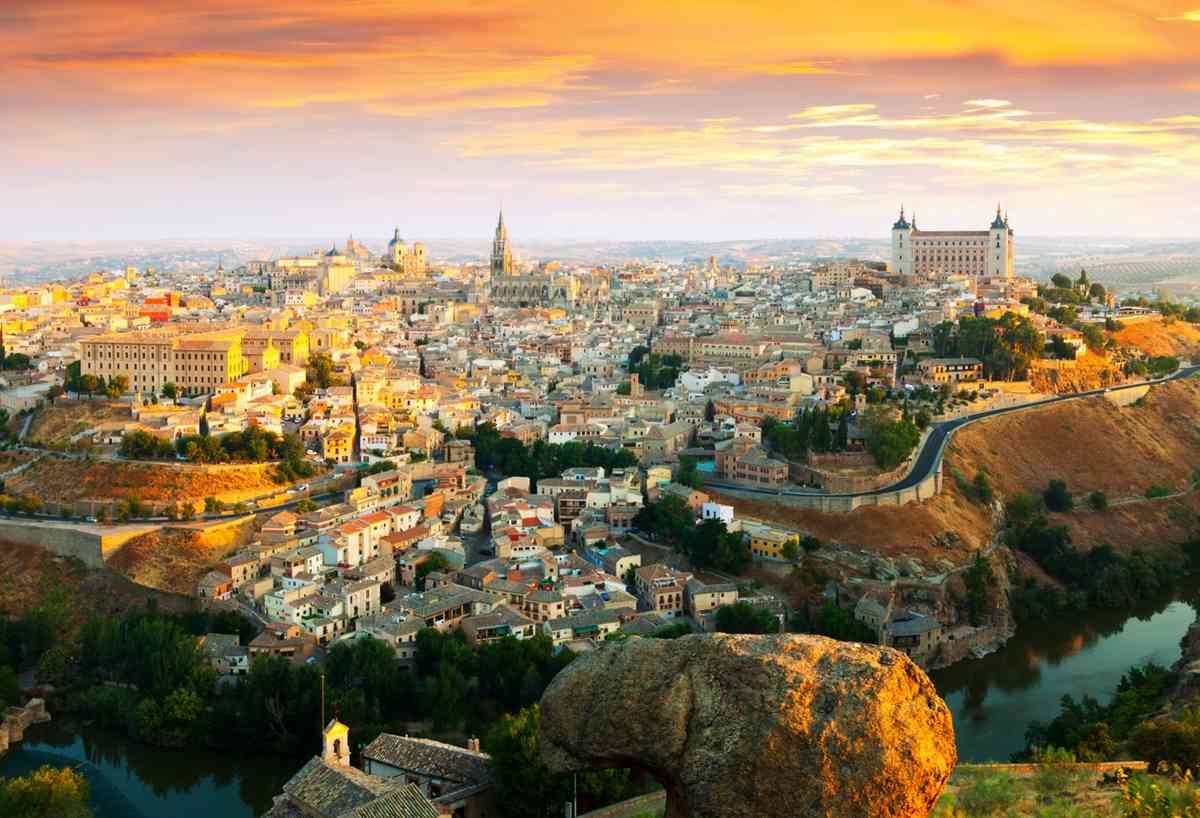 One city that gripped me from the first was Toledo in Spain. From the first sight, it’s breathtaking, a honey-coloured fairytale city perched on a rock in an oxbow of the river Tagus.

But as I read more about its history, I realised that below that gorgeous medieval surface lies a city steeped in blood. From the Romans to the Spanish Civil War, its citizens have taken up arms against each other, as well as outsiders. That understanding felt like a gift to me as a crime writer. Where better to set a series of murders rooted in civic pride? So began another one of my books Killing The Shadows.

Val McDermid is the author of The Wire In The Blood, A Darker Domain, Fever Of The Bone and latest novel Insidious Intent (Little, Brown). See www.valmcdermid.com. 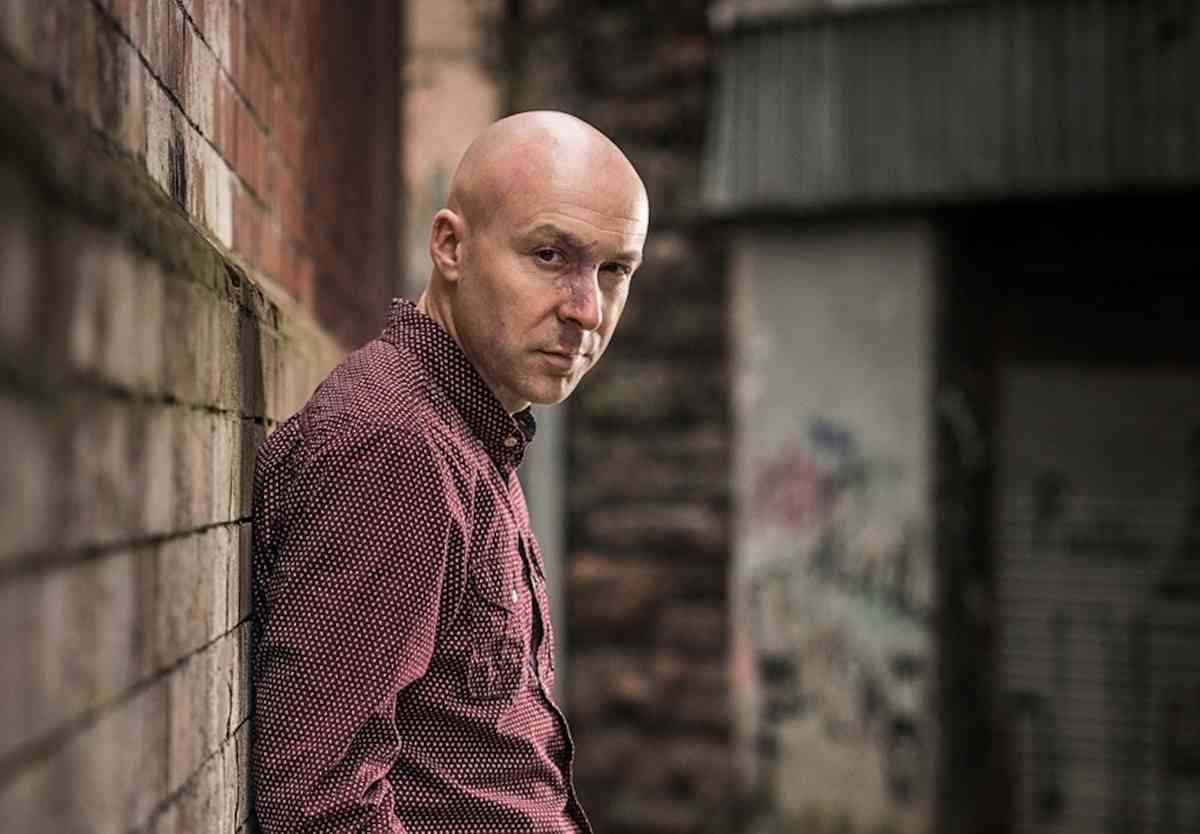 Having never been to Berlin, I made the arguably foolhardy decision to go there on a city break with my family recently. It was by some distance the most terrifyingly cold holiday any of us ever had, a series of sprints between museums and coffee shops, glaring at anybody who left a door open for more than five seconds. It left a mark, though.

In Berlin, you feel stalked by history at every turn, and being there in the cold and the snow and the dark, you can’t help but think of cold war thrillers, of conspiracy, surveillance and paranoia. 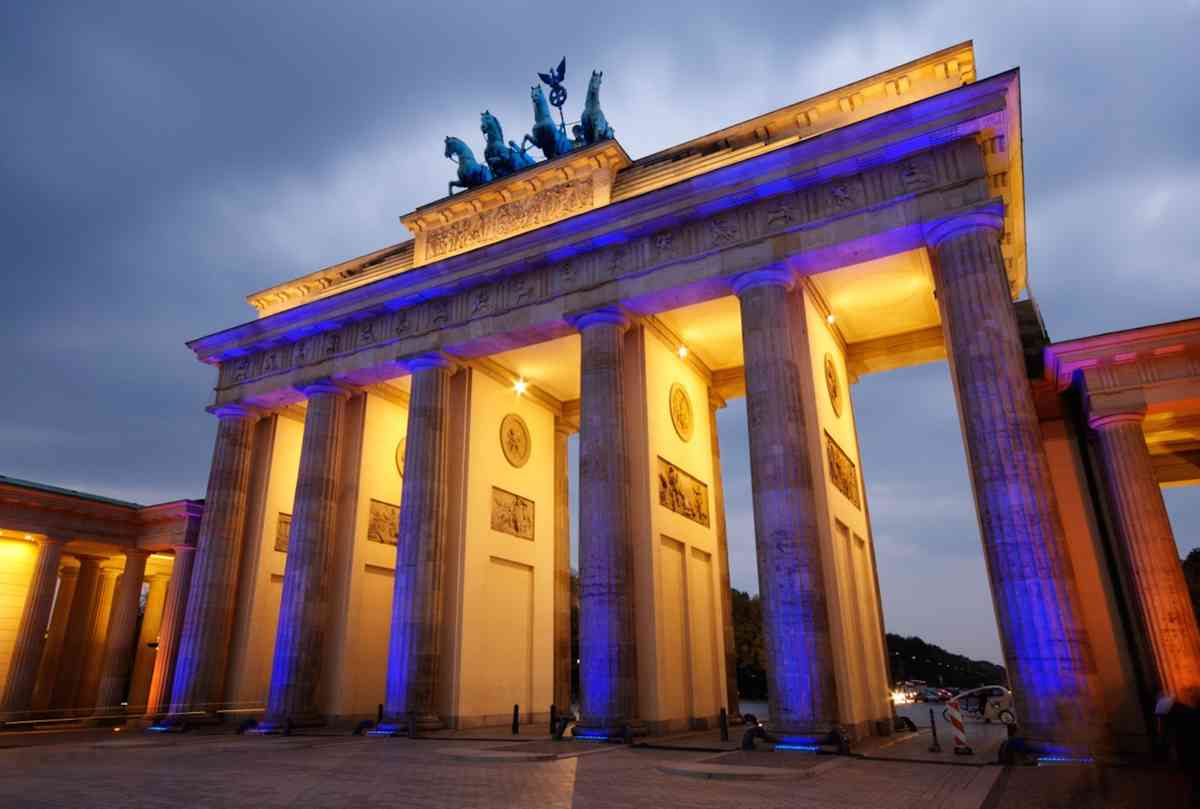 I returned to Los Angeles with my family a couple of years ago, having spent a bit of time there when I worked for Screen International back in the 1990s. Being European, it took me a long time to get my head around the place, as it’s a city with no centre, but I learned that this doesn’t mean it’s a city with no heart.

It is a city where one of the principal industries is the creation of artifice, a place where dreams and fantasies are manufactured. A lot of people might think that sounds soulless, but it always has the opposite effect on me. It’s a destination that inspires me to up my game creatively.

I realise Sorrento must be one of the most clichéd, tourist-bait hotspots I could possibly mention, and I was put off for a long time for that very reason, but when I finally went there with my wife and son, I wished we hadn’t waited.

When I saw the Amalfi coast, I was overwhelmed almost to the point of tears by the beauty of it. Then there is Pompeii, which is like a gym for the imagination. Nothing prepares you for the scale of it. You just walk around, your imagination projecting by reflex. It is a spectacular monument to classical civilisation and culture that constantly confronts you with the starkest reminders of mortality. 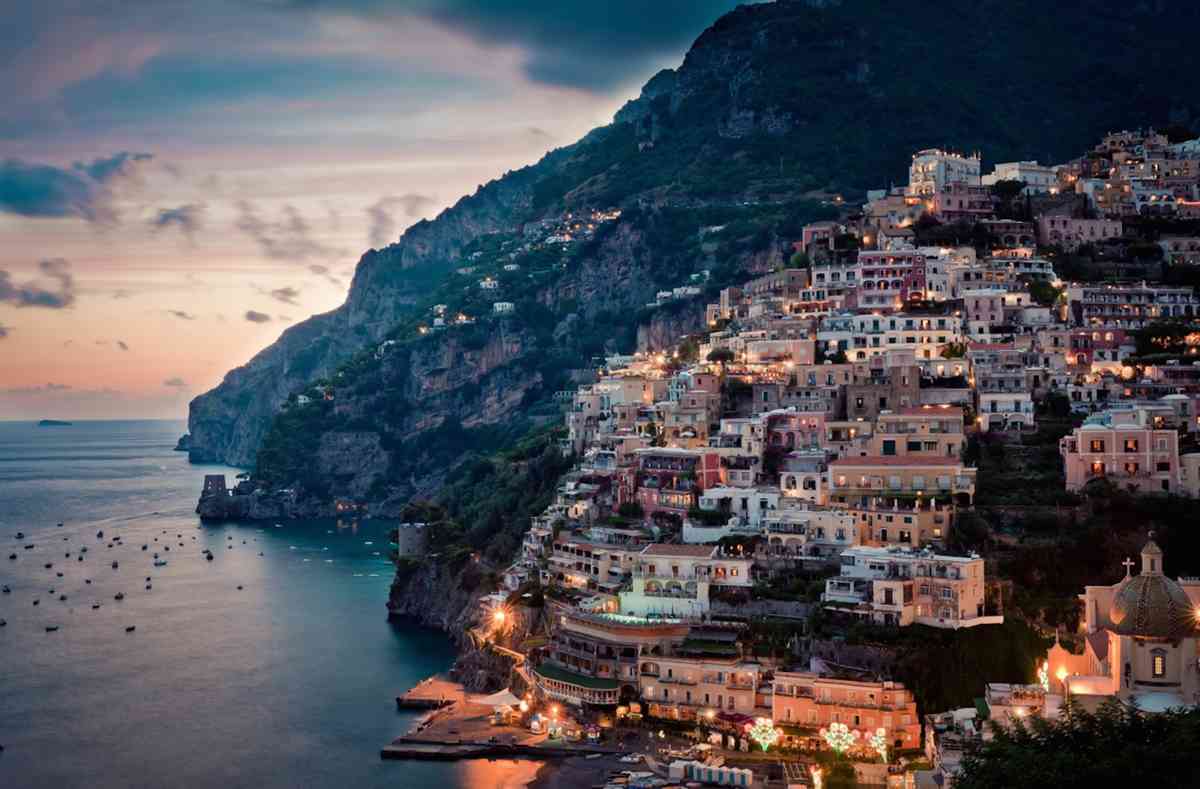 Since becoming a parent, Praia da Luz in Portugal has been my most frequent destination. It can be difficult to disengage after writing a novel, but this place does it for me. They say you might as well be anywhere on a beach holiday, but I don’t think that’s true. Sometimes you find a place where the combination of the light, the landscape and the architecture makes it feel like an escape and yet simultaneously like home.

It is an effect all the more potent as it becomes mixed with all the previous memories you have of the place, such as of your children at different ages. In my case, it calms the soul and gets me ready to write more mayhem. 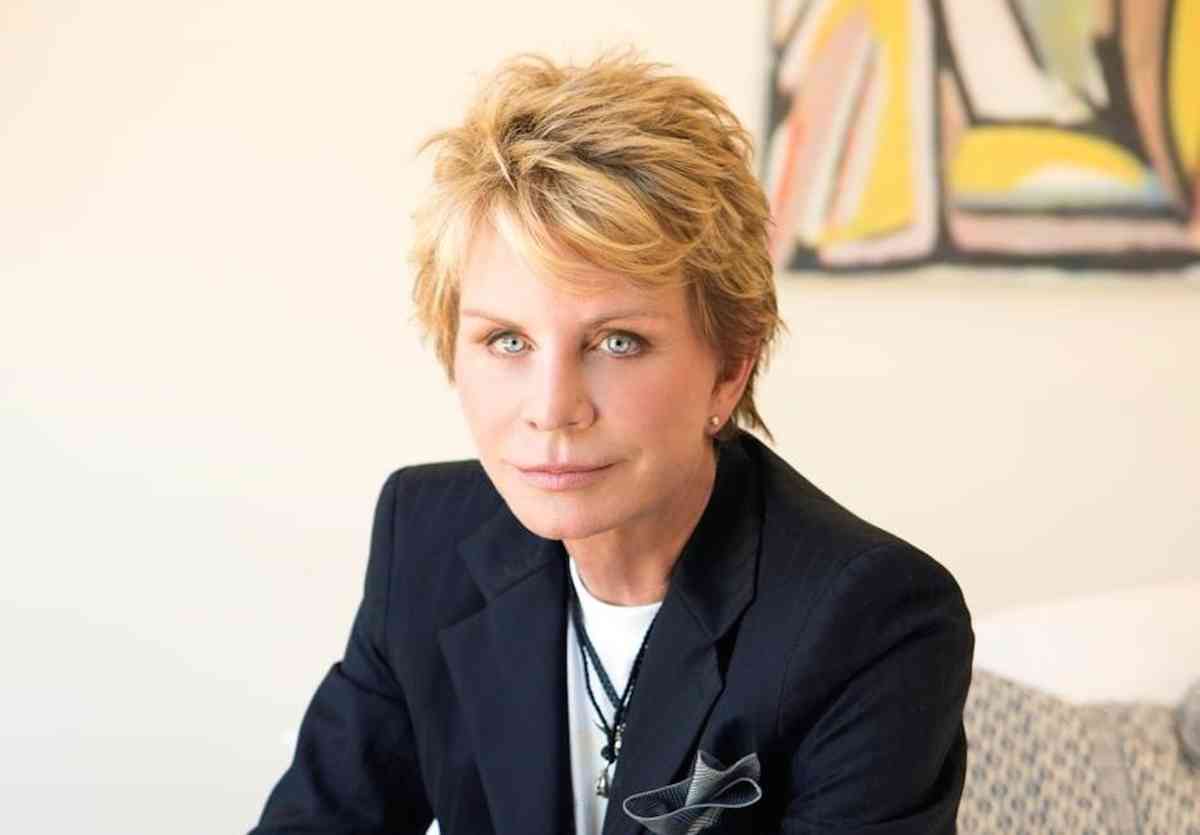 I spend a lot of time in dark places. When I travel, I’ll go to the Catacombs in Paris or the Paris Morgue, or I’ll spend time going through the transit tunnels in New York City because a body is going to be found there in one of my books.

My partner, Staci, spent time in London with me, and we were always at Kew in the public records office because of my research into Jack The Ripper. My point is: I’m not sure anybody would want to follow me around on my travels.

Sometimes I really need to get away from the darkness, though. I love to hike and to see beautiful parts of the world where you can enjoy nature. California’s one of my favourite places for hiking, because there are so many great trails and beaches. I’ve done humungous hiking in Paris. I love walking in London, places like Hyde Park. 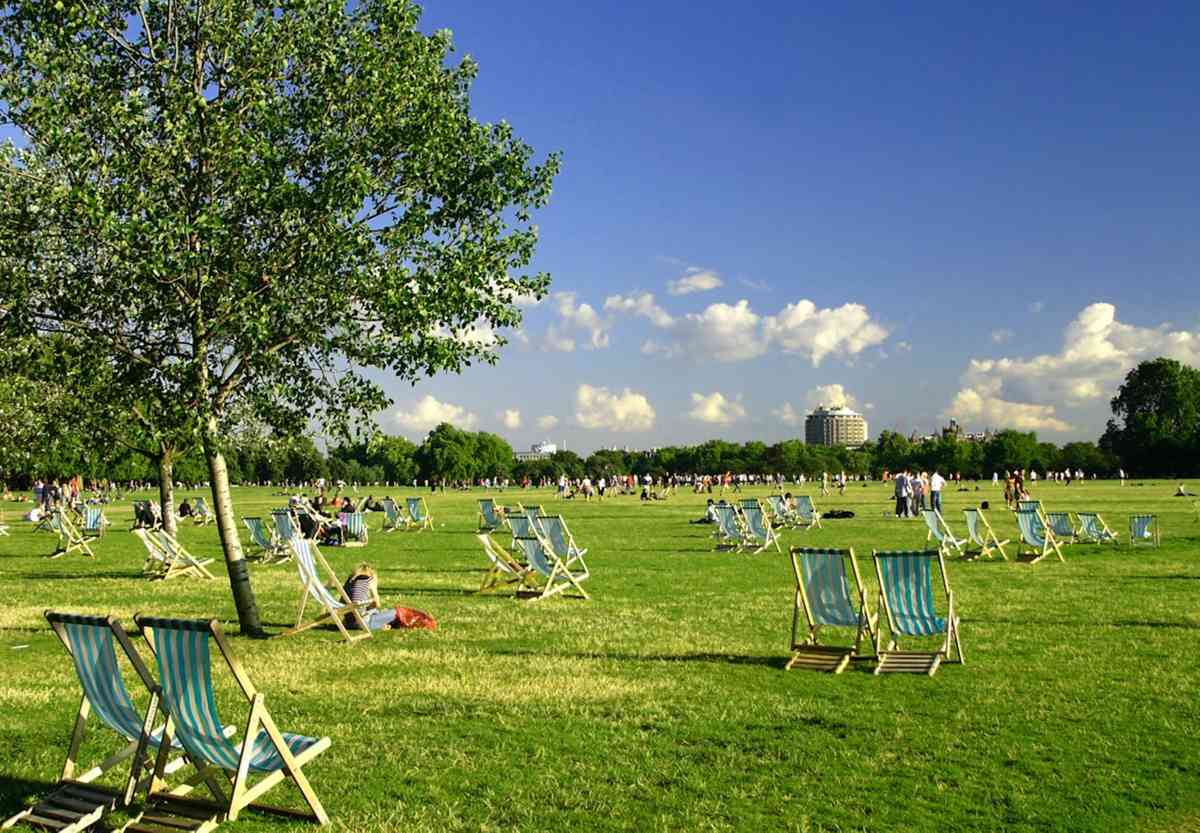 If I’m doing research on a geographic area, I walk it. If I want to live, breathe and feel it, I walk around the area the same way cops walk around areas where crimes occurred. When you see graphic descriptions in my books of buildings or parts of a city, it’s because I spent time walking there taking notes.

My favourite thing is to walk on the beach. I love the ocean, going out on boats and scuba diving. There are great diving areas around Bermuda with shipwrecks that go back the 18th century and even a military aircraft that crashed. I’ve seen sharks in Bermuda, usually just little ones.

I had a close encounter with a really huge Moray Eel in the Grand Cayman. It was like a green sea dragon. I was sucking in half of my tank, looking at this humungous thing moving it’s huge mouth. The next thing I knew, I’d run out of air, and I had to signal my divemaster and ‘buddy breathe’ my way up to the surface. That was really stupid.

Sometimes I like to splurge. My biggest splurges in life are machines: helicopters, private planes, motorcycles, Ferraris. I’ve flown a helicopter in Scotland. I’ll never forget flying in and out of the mist, seeing how green all of it is. 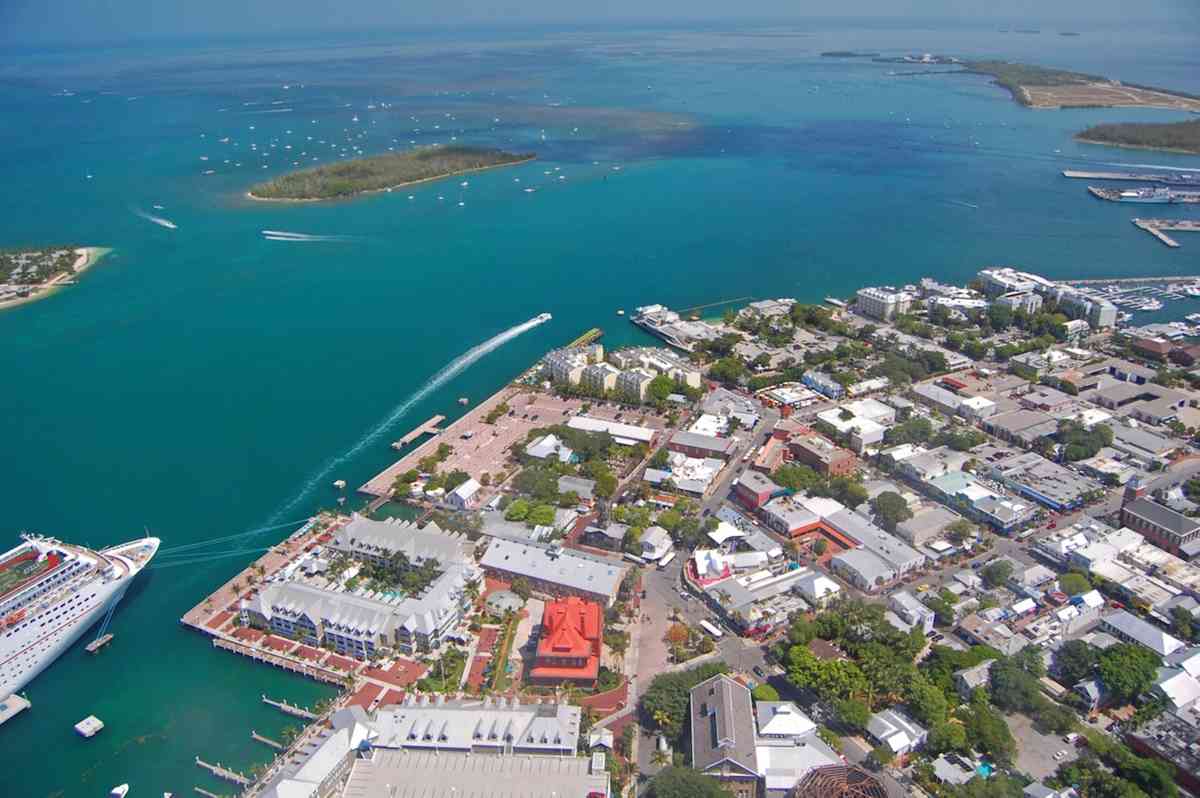 I used to fly a lot from Boston all the way down to Key West. Flying in the Keys is unbelievable, because you’ll be really low and the shadow of the helicopter is right under you in the emerald water. It almost looks like there’s a whale beneath you, but it’s just your shadow. You can see the turtles and the manatees and the stingrays.

My most extravagant trip though was many years ago, when the Concorde was still flying. I flew the Concorde from London to New York, then got in a private jet and landed in Richmond in Virginia, and then got in my helicopter and flew to Hilton Head Island in South Carolina. I don’t think many people could say they’ve done a trip like that. 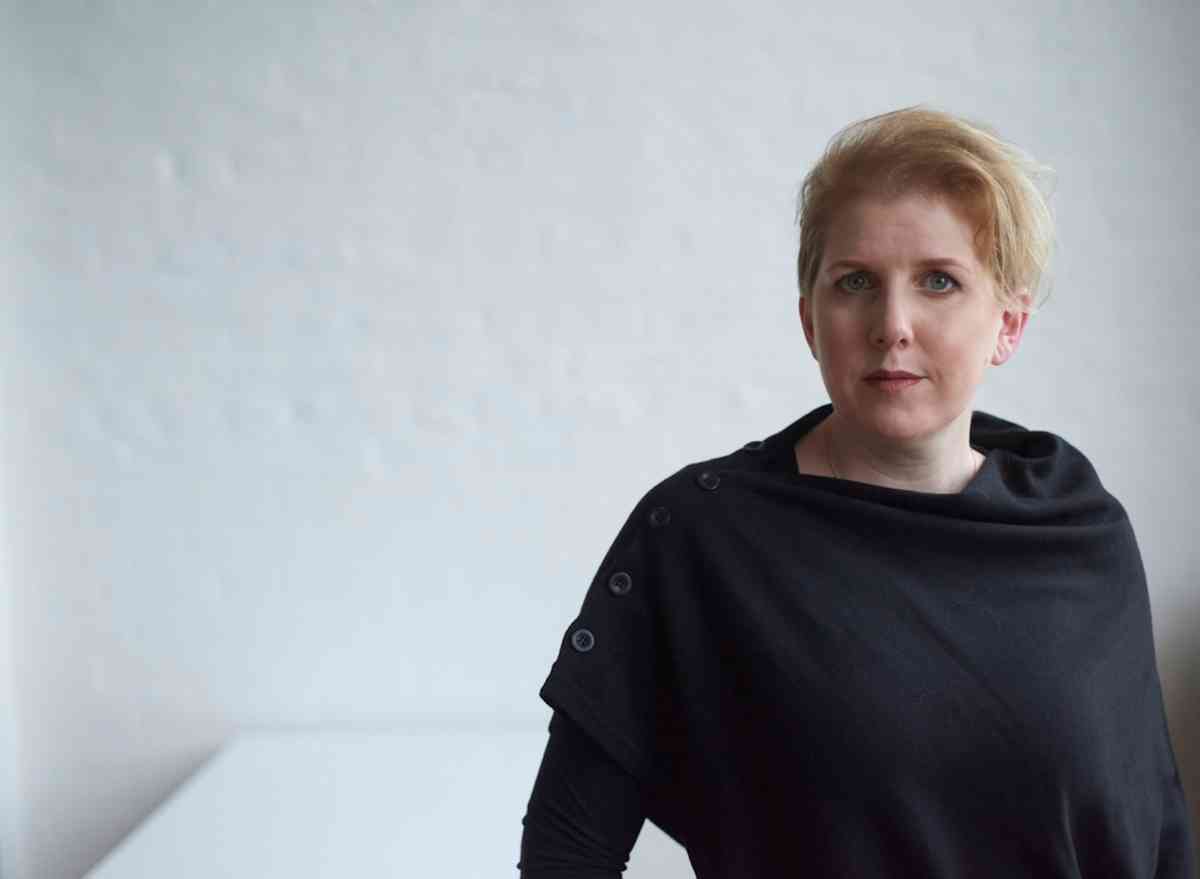 In my teens and early twenties, I spent two years living in France, and I feel very much at home there. Every year, I disappear to Chez Castillon, a writing retreat in Castillon-la-Bataille on the Dordogne in South-West France. The town is friendly and filled with affordable yet fabulous restaurants, and it’s a stone’s throw from St Emilion, Bordeaux and Bergerac.

If I was feeling energetic I could head off for a day’s kayaking on the Dordogne, but somehow the lure of the pool and a chilled glass of rosé always wins out. I always get a huge amount of work done while I’m on retreat, and it’s blissful spending a whole week without worrying about domestic chores.

I once flew alone to Oslo, a fleeting visit to attend a Norwegian crime-writing festival. I could have spent a week there and still not seen everything I wanted to. Oslo is a wonderful city. 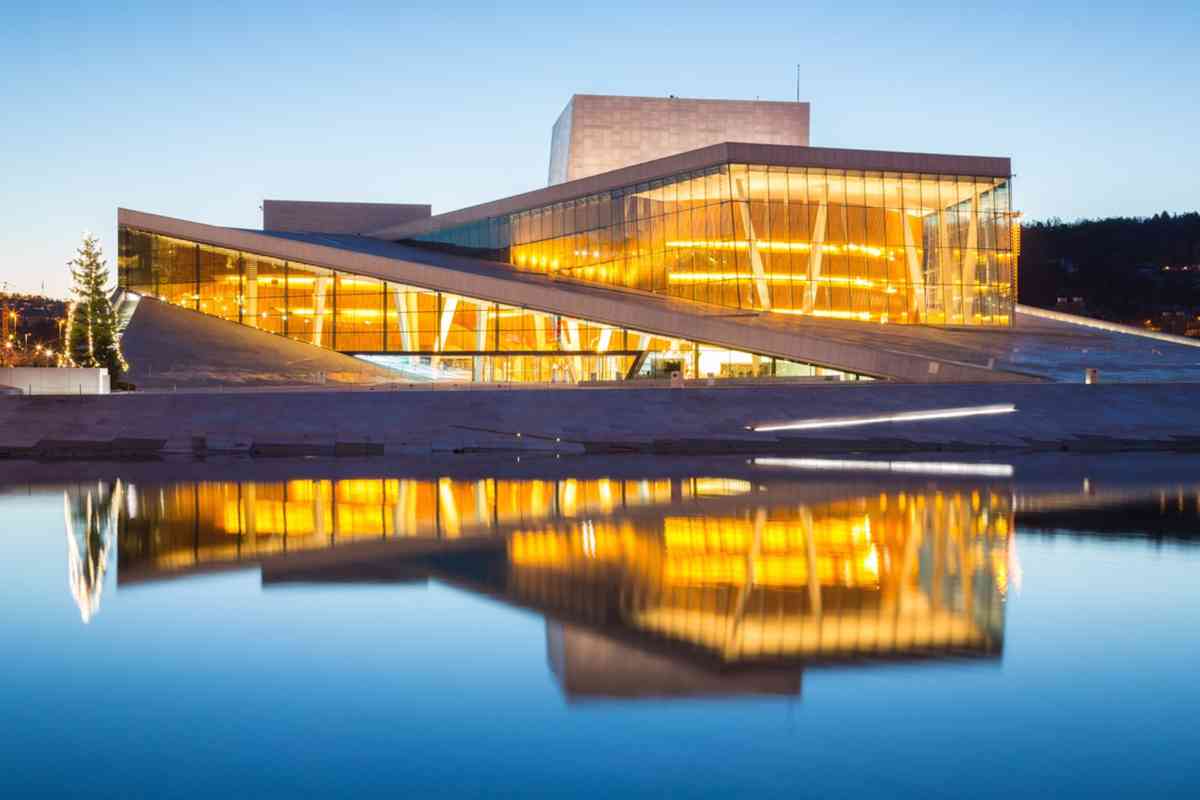 I was captivated by the Oslo Opera House, an incredible structure that appears to rise directly out of the water. The roof slopes right down to the pavement, inviting people to walk on top of the building. The result is not only visually striking but brilliantly effective in integrating culture and the community. I wish I’d had time to see a performance there.

In May 2015, I spent a week in Mexico with fellow crime-writers Val McDermid and Mari Hannah, as we were all guests at the inaugural Huellas del Crimen crime-writing festival in San Luis Potosí.

In addition to a few nights in San Luis Potosí, a beautiful town filled with attractive squares and unusual architecture, we topped and tailed our visit with time in Mexico City. Everywhere we went there seemed to be street food, delicious-looking tacos and quesadillas, everything topped with melted cheese and fat chillis.

Mexico has quite a lot of protests, and our final night in Mexico City included a detour around the hundreds of riot police stationed outside our hotel. As a former public order commander, the sight was less threatening than it might have been for my fellow authors. 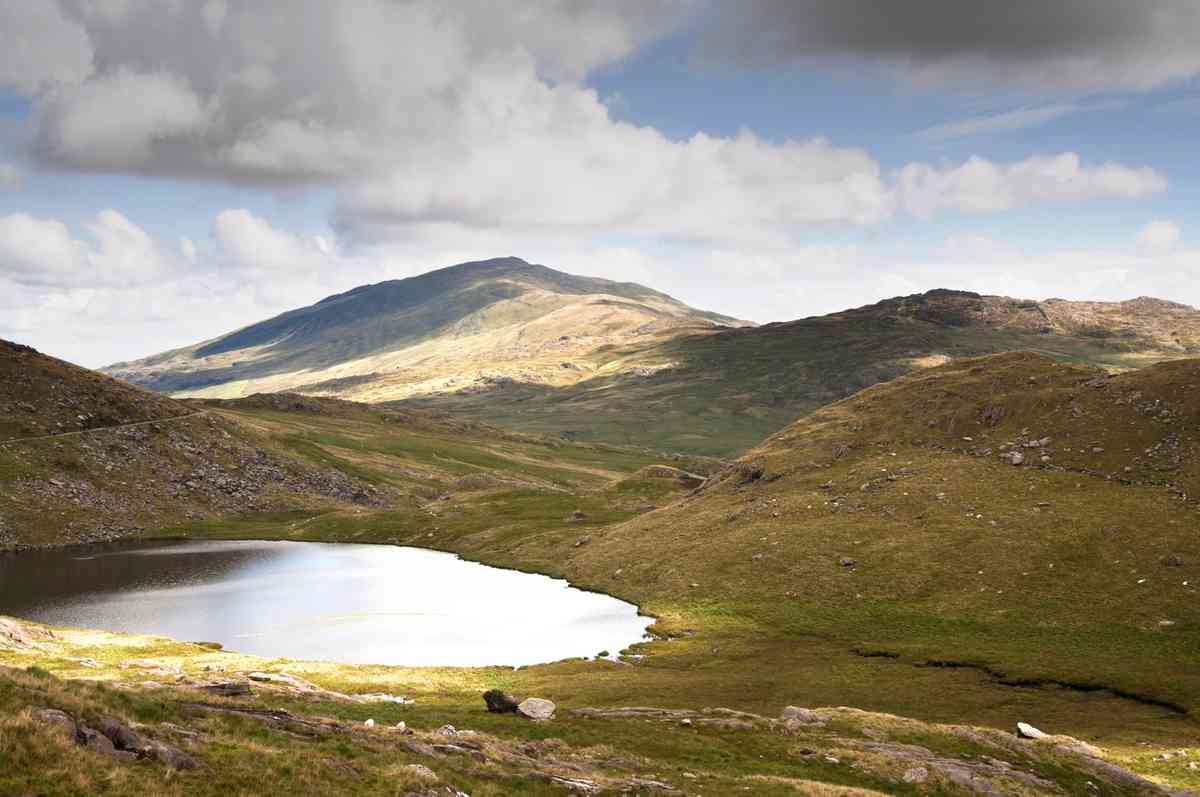 Following the success of my first book, I Let You Go, we splashed out on a metallic grey camper van with bright orange kitchen cabinets inside. It is my pride and joy, and I take any opportunity to take the kids away in it. We recently escaped to Betws-y-Coed in Wales for the week, where we sat out under the stars and toasted marshmallows round the fire pit.

We climbed our first mountain, Moel Siabod, as a family, with all three children and the dog completing a grade 1 scrambling route to reach the summit. Blisters and arguments aside, the sense of achievement was immense. That evening’s beers were well-earned.

Clare Mackintosh is the author of I Let You Go and latest novel I See You (Sphere). See www.claremackintosh.com.