For a short, sharp blast of weird fun on your travels, you can't beat a round or two on these fantastically bizarre mini golf courses. Ready for a hole in one? 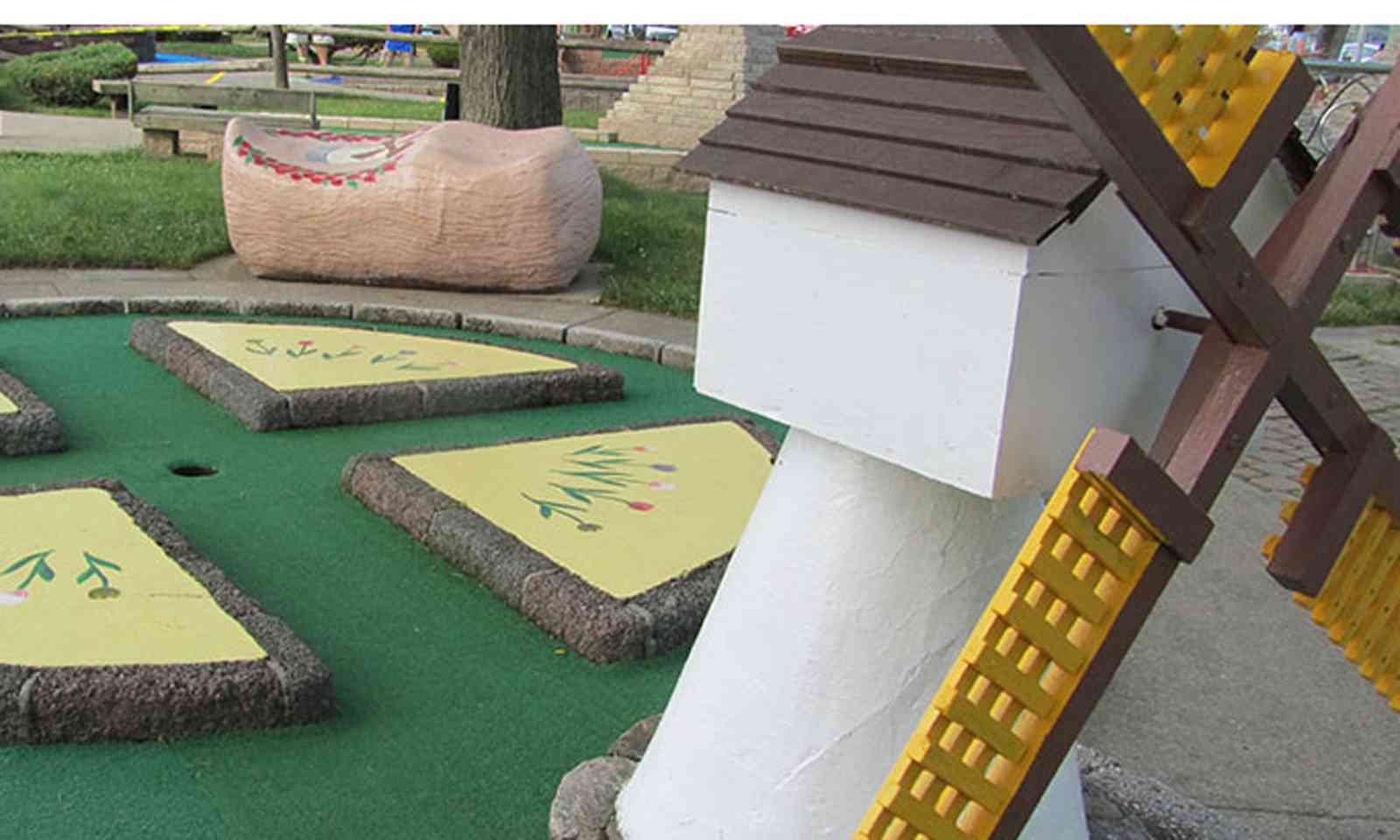 This 40-year-old mini golf centre in upstate New York offers an intriguing proposition: the chance to putt your way around the world in 18 holes. But be warned: the holes are mainly European and Oriental in their theme, so if you've always had a hankering to visit Africa or Latin America, perhaps this course isn't for you.

For Americans concerned about travel bans and so forth, there is a second course that allows you to putt your way around the USA, including holes featuring a giant Native American and another with a colossal axe-wielding lumberjack. It may be four decades old, but this is a course whose time has come. 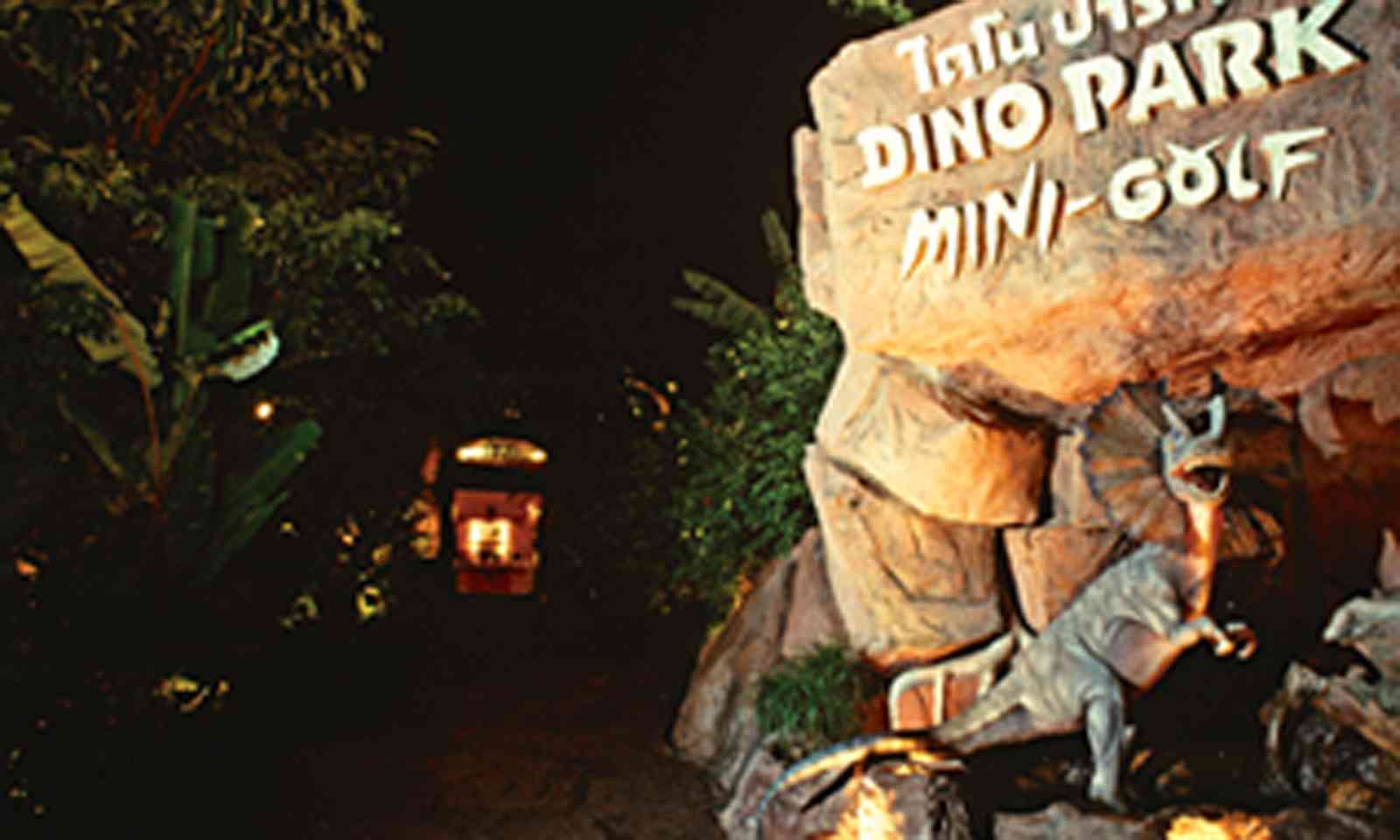 Watch out USA. There's a new kid on the mini golf block that wants to steal your crown as the world's best: the Dino Park course in Phuket, Thailand.

Eager to create the most authentic Jurassic period golfing experience, the course features awesome scale replicas of the period's most fearsome dinosaurs and the environment they lived in.

The course opened in 2007. Here, you'll find yourself putting in a lava cave, next to a primeval swamp, with a moving, roaring T Rex trying its hardest to put you off your game. Throw in a Flintstones-style caddy, a 40-foot waterfall and an erupting volcano and you've got the total prehistoric mini golf experience. 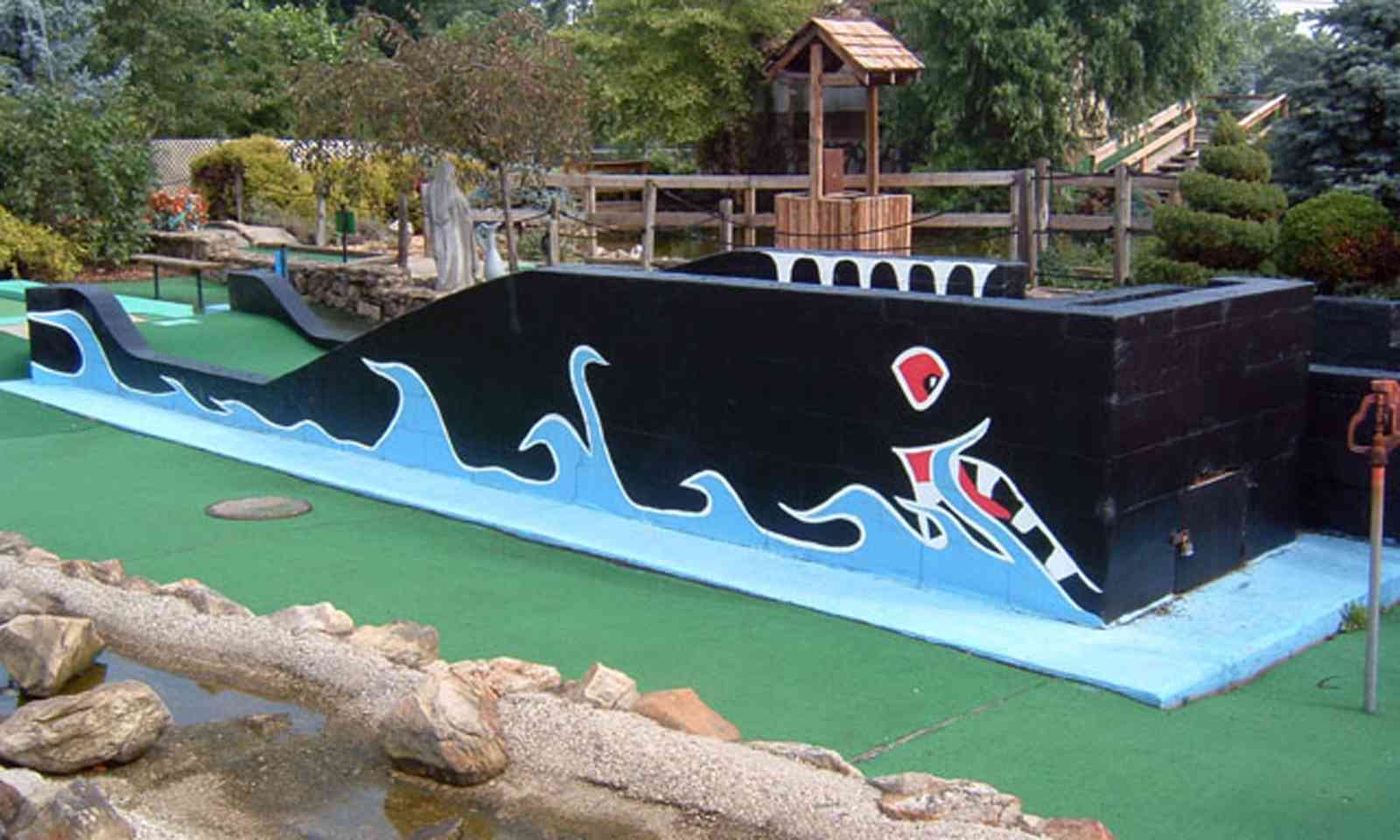 The Jonah and the Whale hole (lexingtoncentre.com)

Arguably the only mini golf experience that offers spiritual salvation as well as hot dogs and soda, the course at the Lexington Ice Centre in Kentucky is themed on stories from the Bible.

Golfers choose between three courses: Old Testament, New Testament and the Course of Miracles. Each features holes themed on stories from the appropriate part of the Bible, as well as suitably educational (or motivational) Bible texts. One minute, you'll be putting around the whale from the Old Testament story about Jonah and the Whale; the next, you'll be making your way up Mount Sinai, just like Moses did.

The Course of Miracles, on the other hand, is dedicated to miracles performed by Jesus. Hole 1, for example, celebrates Jesus feeding the 5,000, not the fact that you just hit a hole in one. 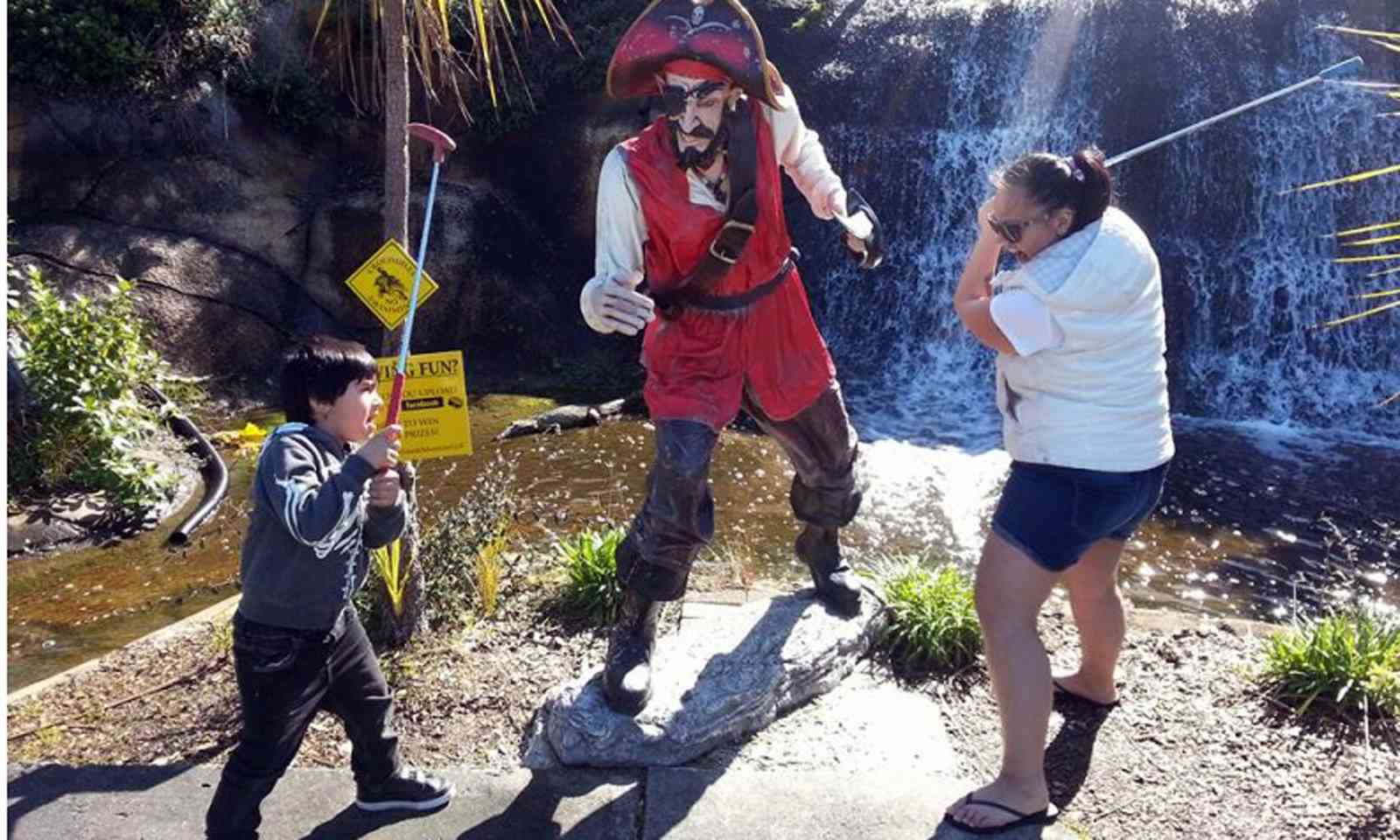 Crazy golf courses the world over love a good pirate theme, but few do it as well as the Treasure Island course at Auckland Airport. Featuring two 18-hole courses, Blackbeard's & Captain's, the whole centre was recently refreshed with new greens and new obstacles.

It's the scale of its features that impress here. Pirate ships are life-sized, the cascading waterfalls immense, and the pirate figures scarily realistic. Run by the Original Adventure Golf Company, they have other pirate-themed courses in Christchurch and Wellington.

The two mini golf courses at the Mayday Golf Centre in South Carolina take the 'sport' to a new level, with players not just negotiating 18 holes, but a survival scenario as well.

As you enter the course, set on a tropical island, your situation is explained to you: the plane you have been travelling on to a golfing holiday has crashed. The only things that survive are the people and golf equipment. Your goal is to putt your way to civilisation, past caves and waterfalls to a waiting rescue helicopter. Just think of it as a cross between the US Masters and The Island with Bear Grylls. With every feature of every hole handmade and painted, the Par King in Lincolnshire Illinois is much an American folk art museum as a thrilling mini golf centre.

The two 18-hole courses feature a colourful array of mechanical obstacles, including clowns, knights in armour, hand-carved carousel horses and a 9ft-tall roller coaster. The final hole has a roulette wheel where players can win a free game.

Putting Edge centres offer a unique glow-in-the-dark mini-golf experience across 18 holes in 18 locations throughout Canada and the US. From the moment you enter one of their black-lit courses, you leave the real world and enter a kaleidoscope of dazzling glow-in-the-dark colours, images and sounds.

The first Putting Edge centre opened in 1995 in Ontario, Canada and featured Aztec and Under The Sea themes. The franchise has expanded rapidly, with each course offering their own neon universes to create a truly mind-expanding experience. The world’s first mini golf course for Hipsters, this indoor 'installation' is the perfect sporting metaphor for San Francisco. The course offers 14 holes, each designed by an artist or collective, and the downstairs bar features microbrew ales and comforting street food for both bearded and non-bearded players after the round.

Set in an historic Victorian building that once served as a mortuary, the course features holes that are based on the Labyrinth board game. Another is set in a Jules Verne-type submarine with various gadgets to distract your opponent. The Duck Shooting Gallery hole is regarded as the most difficult.

9: Ripley’s Believe It Or Not! Mini Golf, Gatlinburg, Tennessee

Set in the Ripley's theme park in Gatlinburg, Tennessee, the two courses that make up the Ripley's Believe It Or Not mini golf experience are notable for not having much to do with the Ripley's ouevre at all.

One course, for example, is based on Davy Crockett, with cartoon creatures and interactive displays reflecting the life of the King of the Wild Frontier. The other takes Old McDonald's Farm as its inspiration and features an unseemly amount of pigs. Still, a hole-in-one secures you a free game, so you can't complain.