For tasty food and scenery, you can't beat the south-west corner of the Emerald Isle for a hearty slice of the country's best bits in miniature. Find out for yourself with a weekend break away...

More food?” asked the waitress as I polished off my dessert in the old halls of Cork City’s English Market. If the Emerald Isle’s largest county had a catchphrase, this would unequivocally be it. Whether you’re in the eponymously named capital, visiting one of its many thriving eateries, stopping at a tiny café on the windswept coast while driving the Wild Atlantic Way or taking a boat out to one of the little islands cast out into the ocean, food is never far away, and the friendly Corkonians are always keen to offer you their locally sourced fare.

Surrounded by prime farmland perfect for dairy cows, craggy peaks dotted with sheep, and an oceanside setting stocked to the gills with fish and seafood, it’s an area where farm-to-table cuisine is always on the menu. But it’s not only the food that is mouthwatering. The county is also home to the famed Blarney Stone (which, legend has it, you must kiss to receive the gift of eloquence) and its accompanying castle, not to mention the gothic St Fin Barre’s Cathedral in the city of Cork, the ornate gardens of the stately 17th-century Bantry House and a plethora of other architectural offerings. There are more than enough significant buildings here to keep history-hungry travellers at bay. 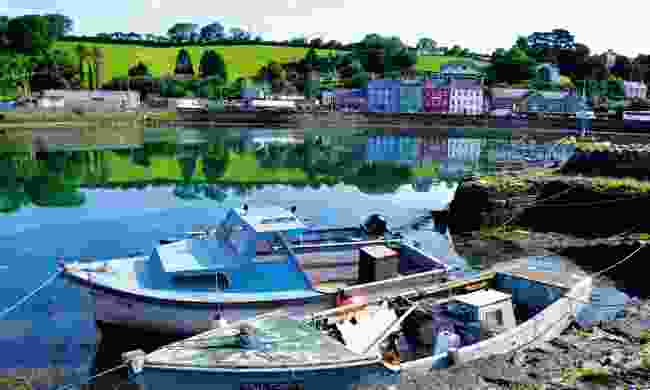 Between these landmarks are also found a sprawling collection of market and port-side towns. A particularly tasty morsel is found on Bantry Bay, where colourful houses line the water’s edge, while a ferry can take the intrepid to windswept Whiddy Island, home to a 6th-century graveyard, holy well and an abandoned school, all of which can be explored by bike or on foot.

For a visual feast of Irish wildlife, head to Baltimore, entry point to the Atlantic Ocean. Here, regular aquatic visitors include basking sharks and minke whales, and the cliffs are home to flocks of jostling, squawking, bickering seabirds.

Hikers will be spoilt with hearty helpings of options, too. The wild peninsulas of Sheep’s Head (home to a long-distance walking path that you can easily slice and dice), Beara (with its Neolithic stone circle) and Mizen (home to Ireland’s most south-westerly point) are perfect for a stroll.

It’s no wonder that, after all that, locals are accustomed to dishing out food to ravenous visitors. As well as plenty of seafood, all that green grass has given rise to some dairy specialities. Be sure to try O’ Conaill chocolate (both the drink and the bars – there’s even a bakery in the city centre). Also taste the local cheeses, from the harder Milleens to the softer Ardrahan, as well as the classic melt-in-the-mouth Coolea cheddar.

Lastly, of course, there’s ample amounts of local beer. Forget Guinness, Cork’s famous tipple is Murphy’s, a stout that is practically made for toasting a county where you can, literally, have your cake and eat it, too... 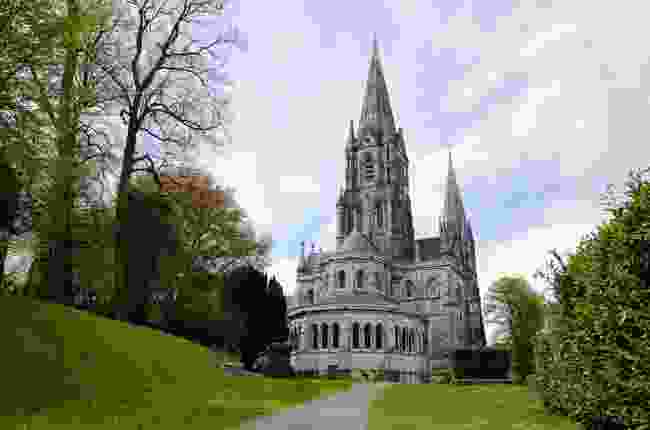 When to go: Year round, though the best time for minke whale sightings is March-November; for basking sharks April-July; and humpbacks November-January.

Getting around: The best way is by car as buses are not very frequent, especially around the Bantry and Sheep’s Head areas – plus it gives you the chance to explore the Wild Atlantic Way road trip route.

Where to stay: In Bantry, the main option is The Maritime Hotel. In Cork, try The River Lee Hotel, a heaven of calm in the city’s historic and charming centre.

Where to eat: In Cork, head to Farmgate Café in the English Market for tasty local fare and great coffee. And at night, make for the excellent family-run Blairscove House in Durrus, West Cork, for some excellent seafood and desserts.

Top tip: If you’re feeling adventurous, be sure to try the famous tripe and drisheen (Irish black pudding) dish. It’s a Cork classic, if you can – pardon the pun – stomach it... 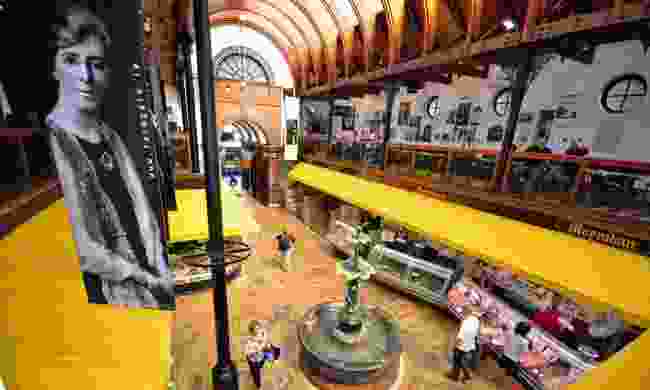 Laced with a network of waterways – the two channels of the River Lee – and spanned by bridges, Cork is a city that seems designed for a meander on foot. Handily, there’s a series of self-guided walks marked by colour-coded signs to make doing just that a simple affair – The Shandon Walk (red), City Centre Island Walk (orange), University Walk (green), and South Parish Walk (blue). They all begin at Daunt’s Square and guide you to the city’s many highlights. Try one or a combination to work up a hunger.

Next, head to the English Market on Grand Parade, created in 1788 by the Protestant (aka English) group that ran the city until 1841. Wander the stalls where locals sell their freshly caught, grown or made wares, then head upstairs to the Farmgate Café where you can eat while people-watching.

Visit the gothic, triple-spired St Fin Barre’s Cathedral, the University campus and browse rare titles in The Timetraveller’s Bookshop (Wandesford Quay). Finish up with a visit to the Franciscan Well Brewery to sample one of the local ales. 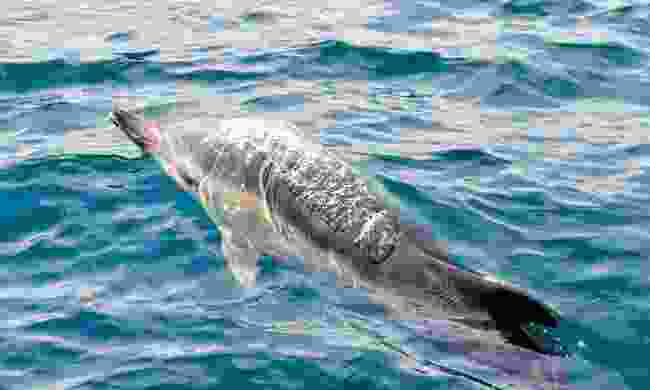 Day 2: There be whales

Not all of Ireland’s delights lie on land. Head to the peninsulas at the south-west tip of the country and you may well spot some of the larger marine mammals that visit the Celtic Sea, even from the cliffs.

But to be in with the best chance of catching a humpback breach or the tail of a minke whale, you will need to take to the water. Head to Baltimore, where Nic Slocum of Whale Watch West Cork has been running ethical trips for years on his 12-person catamarans. Keep your eyes peeled for rarer orca and basking sharks as well as the more commonly spotted Risso’s, bottlenose, white-beaked and white-sided dolphins, plus Atlantic grey and common seals basking on the rocks. You’ll also get the chance to stop at Cape Clear Island – the southernmost inhabited isle in the country – for refreshments.

Highly recommended is a portion of freshly cut chips from the island’s kiosk on the harbour. Devour these before taking a stroll on one of the trails over the little hills that take you to the dramatic cliff edges from where you can spot, among other birds, gannets, kittiwakes, skuas and guillemots. 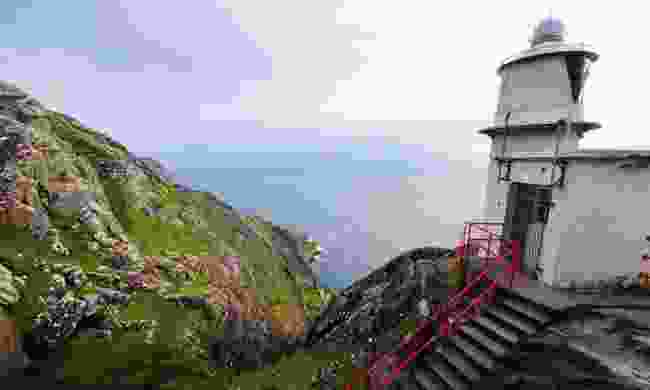 To really get a feel of the wild Cork coastline, head first to the port town of Bantry where a host of independent shops line the winding streets.

Grab some food from the Fairtrade and health food eatery Organico Café, then take the ferry to Whiddy Island – population 20. Hire a bike and pedal to the remains of the old schoolhouse before climbing to the island’s highest point and imagining what it must have been like here in 1918 when it was taken over as a US naval airbase during the First World War.

Back on the mainland, grab a car and head down the coast to Sheep’s Head. The drive alone is worth it as you wind through tiny villages along the water’s edge. Follow it to the end, then stretch your legs with a stroll to the tip of the land on part of the waymarked Sheep’s Head Way (the entire trail is 200km one way, if you fancy it) to the obligatory lighthouse. It’s a pleasant walk that should take no more than an hour.

Reward yourself with a dinner at Blairscove House & Restaurant (open mid-March–October; see ‘Where to eat’) on your way back – it’s known for its local cheeses and seafood as well as its ‘fill your plate’ starters and desserts. A fitting end to a tasty long weekend of views and food.