Conscious Traveller: Why being mindful of the past makes travel better

Travel has not always been good for everyone, says travel writer, film maker and storyteller Ash Bhardwaj, and knowing that helps us travel better

The great travellers of history, such as Magellan, Columbus, Cook and Speke, are known as brave souls, whose discovery of new lands increased knowledge and opportunity for everyone.

But for the people who already lived in those lands, the explorers’ arrival was rarely a good thing.

Following in the wake of those initial explorers were the traders, the conquerors and the curious. Indigenous people were studied, at best, with exploitation, dispossession, enslavement and genocide as more common outcomes.

Now, we shouldn’t feel responsible for the behaviour of our ancestors, but we need to be aware of it, because that history shapes the world today.

Of course, destinations want to present a positive image to visitors, so the onus is on travel writers to provide context, even when it is tempting to ignore it. Until recently, a well-known guide book wrote about the ‘colonial beauty’ of Caribbean cities, while neglecting to mention that those same cities were built by enslaved people.

When British Airways started direct flights to Charleston, South Carolina, travel sections were filled with articles about pleasant stays on plantations, but few of them mentioned the slave history of the area. 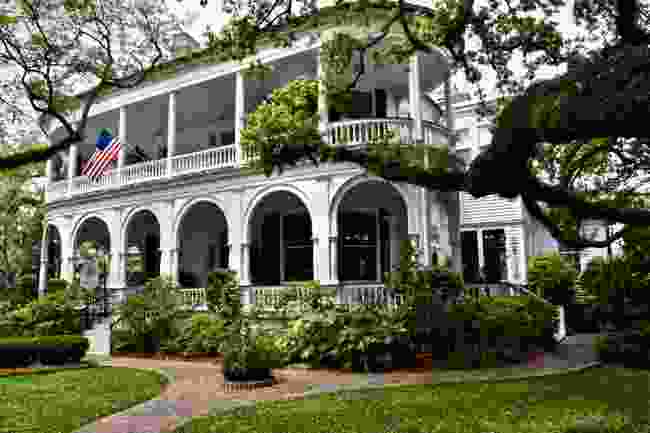 Sometimes, when journalists do provide context, squeamish editors remove it. Recently, a magazine cut any mention of the British Raj from an article about Darjeeling by the author Monisha Rajesh; in doing so, the context about Darjeeling’s creation (as a summer escape for British Imperial overlords) was lost.

This sort of editing is rarely an act of censorship; it usually comes from an editor’s desire to keep travel ‘light’. But the upshot is continued ignorance about the sometimes unpleasant past of pleasant places.

“Accept that your knowledge is incomplete. There will be elements of history that have been left out of guidebooks”

So, how should the conscious traveller approach these matters?

First of all, accept that your knowledge is incomplete. There will be elements of history and culture that you won’t have been taught, or which have been left out of guidebooks (intentionally or not).

While I was planning for a trip along Russia’s European border, I mostly read current affairs and travel books by British journalists. I happened to know a Professor of Modern History who was originally from Belarus, and I asked her what else I should read. “Tolstoy and Dostoyevsky,” she said, “Sure, they won’t give you a run-down of modern history, but you will be reading books about Russia, written by Russians – free from Western preconceptions. And you’ll get an insight into the Russian soul, rather than the author’s travel problems or political opinions.” It made me connect with the places I visited in a more visceral way, and gave me a cultural touch-point with the people that I met.

Secondly, be humble about history. As Brits, we are proud of our ‘good’ history, such as the Second World War.

But we remain comparatively ignorant about Britain’s more shameful acts, like war crimes in Kenya or Malaya. Locals in those countries will not be ignorant of that history, so talking about a ‘benign’ British Empire in places that suffered occupation, looting and massacres is insensitive and ill-mannered.

European colonisation affected most of the world. You don’t have to see everything through that lens, but being conscious of the past provides you with context and humility. That will make travel more rewarding for you, and for the people that host you.