Papua New Guinea is a country that has a ubiquitous air of mystery and provides a fascination even to those who have visited it many times. It occupies the eastern half of the island of New Guinea, the world’s second largest island, as well as a myriad of smaller islands surrounding it. New Guinea is located in the southwest Pacific ocean just north of Australia. and is part of the Australian tectonic plate. In the past, when the sea levels were lower, it was actually connected to Australia itself.

What I found the most astounding about Papua New Guinea was the incredible diversity of traditional cultures. With a population of only just over seven million people, Papua New Guinea has more indigenous languages than any other country in the world. Here, more than 800 languages are spoken; however, many have less than 1,000 native speakers. English is the official language, and yet it is not as widely spoken as one might expect.

The majority of people live in rural areas, in traditional societies, practicing self-sufficient farming in order to survive. They grow yams, taro, sweet potatoes; they rear chickens and pigs. Fish and seafood also form a considerable part of their daily diet. I was particularly envious that they could easily have large fresh lobsters for lunch! 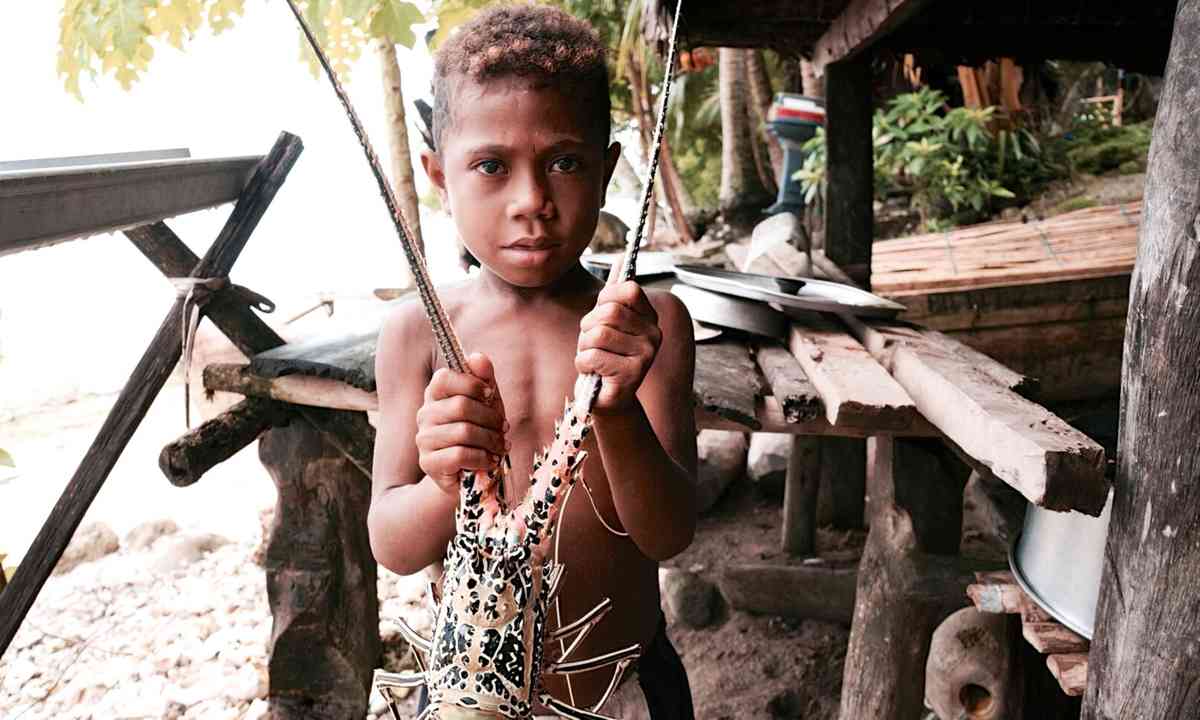 This trip provided me with an extraordinary opportunity to immerse myself in a vast diversity of cultures: I found every single village visit enchanting, fascinating, and distinct. Some of the villages had not had foreign visitors for many years, some only once or twice in the past. Not a single thing is contrived for tourists, and these communities feel very remote and authentic. The local people were amiable and greeted us enthusiastically, their excitement thoroughly infectious. In each village, there were dozens upon dozens of children scampering around.

The children would often stare and point at us in great wonder because of our fair skin and hair, as if we were some fascinating exotic animals that they have never seen. If I tried to make contact with them, they seemed to be shy, and yet they had a playfully mischievous glint in their eyes. I would extend my arm to shake their hands. They would return the gesture with a timid laugh.

The local women cooked us delectable feasts, using the freshest produce available: curries made with fish, pumpkin, sweet potato and cassava in a mouth-watering sauce of coconut milk and spices; freshly steamed lobsters and crabs; huge fruit platters containing the ripest papayas and bananas; and fresh young coconuts to quench our thirst. They would often put on traditional dances and sing for us, trying to engage us as much as possible in their culture.

One thing that was universally present throughout all the villages was betel nut, a natural stimulant whose users can be easily identified by the telltale permanently stained blood-red teeth; no matter how many times I saw a betel nut chewer smile, it would frighten me every time. 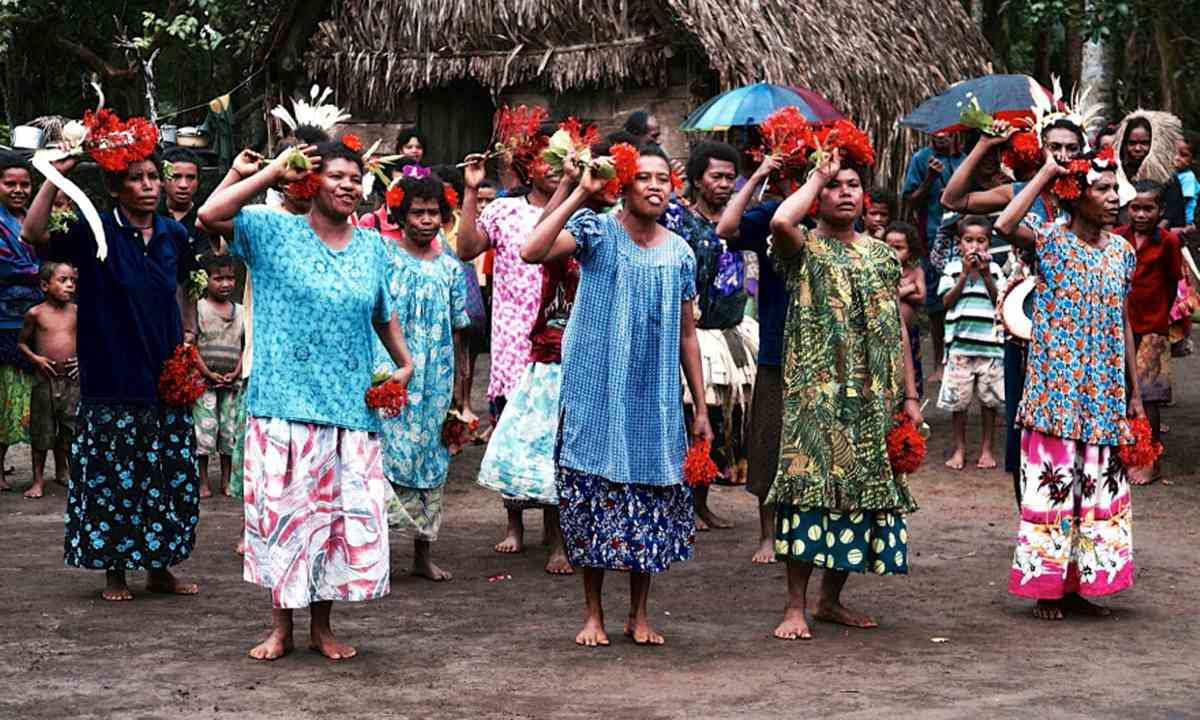 The biodiversity in Papua New Guinea, especially of the New Guinea island, is immense. However, it was not until I was there that I was able to appreciate its true extent. Regardless of the island’s relatively small size – half a percent of Earth’s surface – New Guinea contains between 5 and 10% of the world’s species, many of which are endemic. There are almost 700 resident birds, including 39 out of the 41 species of bird-of-paradise, and between 11,000 and 20,000 plant species.

For a beginner naturalist like me, this trip was absolutely thrilling. Every day I had a chance to go snorkeling amongst stunning coral reefs with astoundingly rich underwater life; every other day I got up at the break of dawn to go bird-watching in lush emerald green rainforests; and, on occasion, we watched dolphins and whales from aboard the ship. What made this trip even more fascinating and educational was the fact that all of our wildlife activities were led by some very talented and experienced marine biologists and ornithologists, who were able to teach us about all the things that we encountered.

Papua New Guinea provides some of the world’s best snorkeling and diving experiences. The waters are teeming with brilliantly-coloured fish; the luscious reefs are adorned with gorgeous soft and hard corals, big sea fans, pretty sea anemone and rather creepy-looking giant clams. My favourite fish to watch was the orange and white clownfish hiding in amongst the stinging tentacles of a turquoise sea anemone, a very picturesque and captivating sight.

On the rare occasion that I got tired of snorkeling, I swam ashore and wandered along the white sandy beaches, or relaxed in the shade of a palm tree sipping sweet coconut water right out of a fresh coconut. 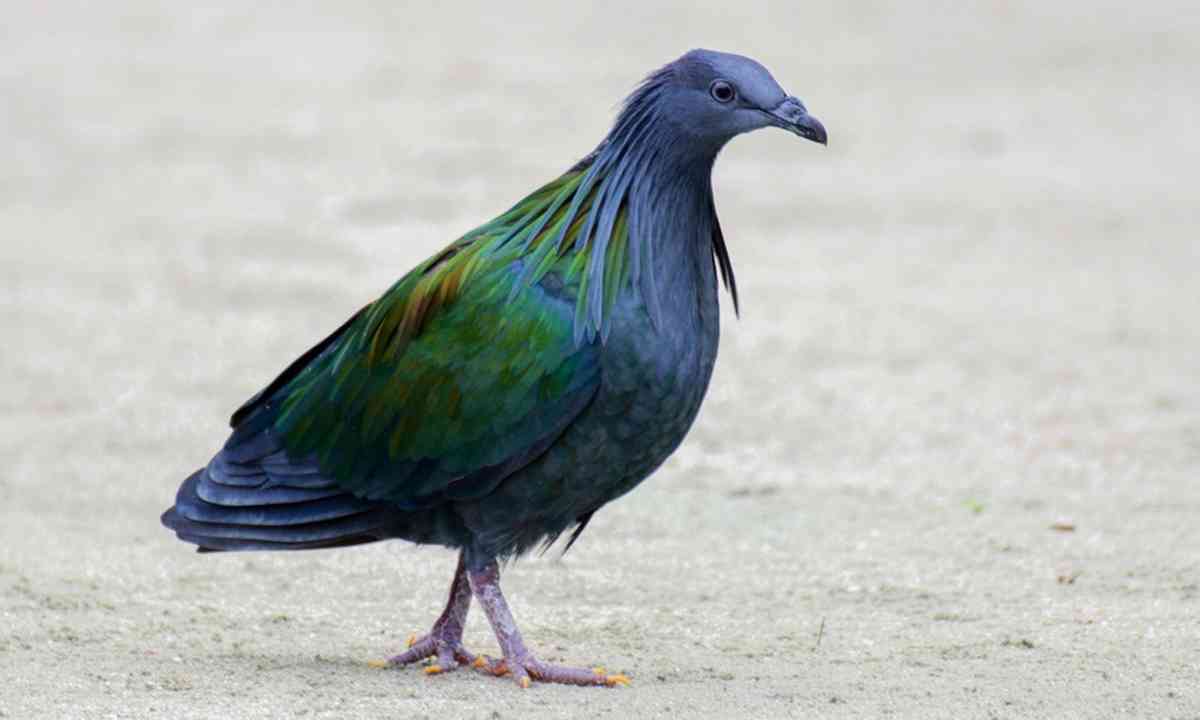 Birds in Papua New Guinea are striking and vividly coloured. They make it impossible for me to call bird-watching “dull” ever again. In Port Moresby, Papua New Guinea’s capital, I got a chance to see a cassowary, a large flightless bird, only slightly smaller than the ostrich and the emu.New Guinea is home to the most stunning pigeons: Victoria Crowned Pigeon, a large blue bird with a stunning lace-like crest and maroon breast, named after Queen Victoria; and a very rare Nicobar Pigeon, another large bird with the most gorgeous iridescent plumage of gray-blue and metallic green and a pure white tail.

On one of the islands, we came across a huge colony of red-footed boobies, with thousands of birds perching on trees and soaring in the air. I always find visiting large colonies of birds extremely overwhelming; being surrounded by countless birds is in a way an other-worldly experience.

You might have gathered from my reflections on Papua New Guinea that it is a country well worth paying a visit to, if such an opportunity comes your way. This country was like no other that I have ever experienced: a place with an incredible variety of cultures and peoples; a place of idyllic natural beauty with stunning and unique flora and fauna; and a place where the powerful belief in the supernatural still exists, and where cannibalism and headhunting was, up until recently, considered an accepted form of social behavior. Papua New Guinea is a country perfectly suited for an adventure you will never fail to remember.

WIDE SEA | NO ANCHOR unites my love for the world, photography and writing. Travel blogging is my career number three, following a two-year stint in investment banking and a spell in the art world.

WIDE SEA | NO ANCHOR is my personal reflections and recommendations for the places that I have travelled to, and I hope this blog will be a source of inspiration for your future travels!