Iran is one of 2016’s most talked about destinations. Head there, and you’ll find its capital to be a friendly base for exploring the country

8 mins
It’s not uncommon to touch down in the Iranian capital with mixed feelings. There’s excitement and high anticipation at finally reaching this once out-of-bounds land, but also some sensations that are rather more unsettling. What kind of a welcome will I get? Do they hate Westerners? Will going through the airport be like a scene lifted from Argo?

Well, first things first: you have nothing to worry about. Aside from the odd anti-West billboard and the mural of a skeletal Statue of Liberty painted on the wall of the former US Embassy, there’s no ill feeling to be felt towards visitors. Iran is not only one of the most welcoming countries in the Middle East, but arguably the world. 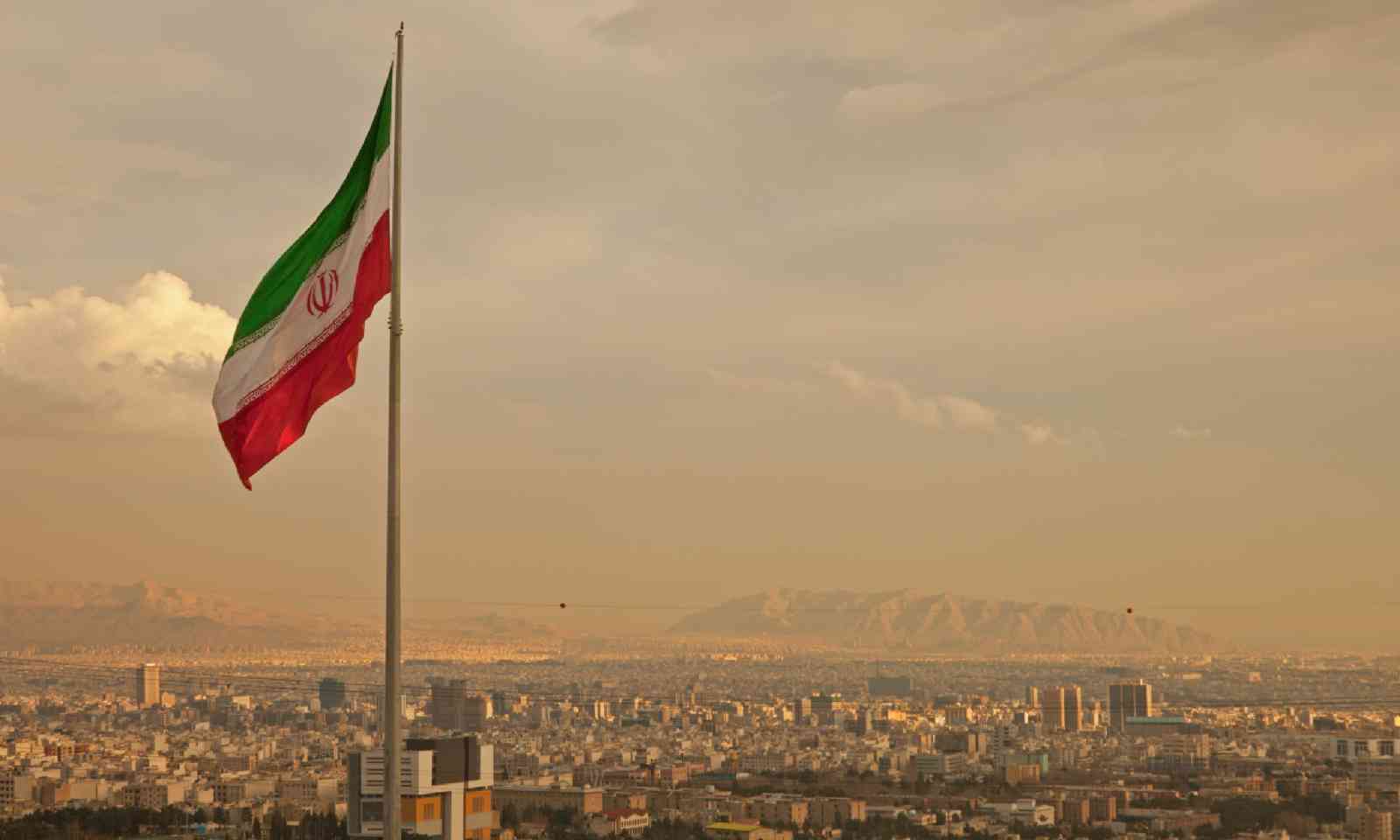 Located in the north of the country, around 700km south of the Caspian Sea, Tehran has a long history, although little of it was recorded until the 13th century. It was originally a suburb of Rey (then the Iranian capital), and was perhaps best known for the high quality of its pomegranates. It wasn’t until 1220 when the Mongols swept through Rey, slaughtering thousands and sending many more fleeing for the safety of Tehran, that it started to eclipse its near neighbour, and in 1795 it was finally made the capital of Iran.

Modern day Tehran is a sprawling city of long boulevards, impressive mosques, busy bazaars and Persian gardens filled with trickling fountains and smitten couples. Snow-capped mountains peer down on the people below, and some gentle walks in and among the foothills offer a break from the hot streets. 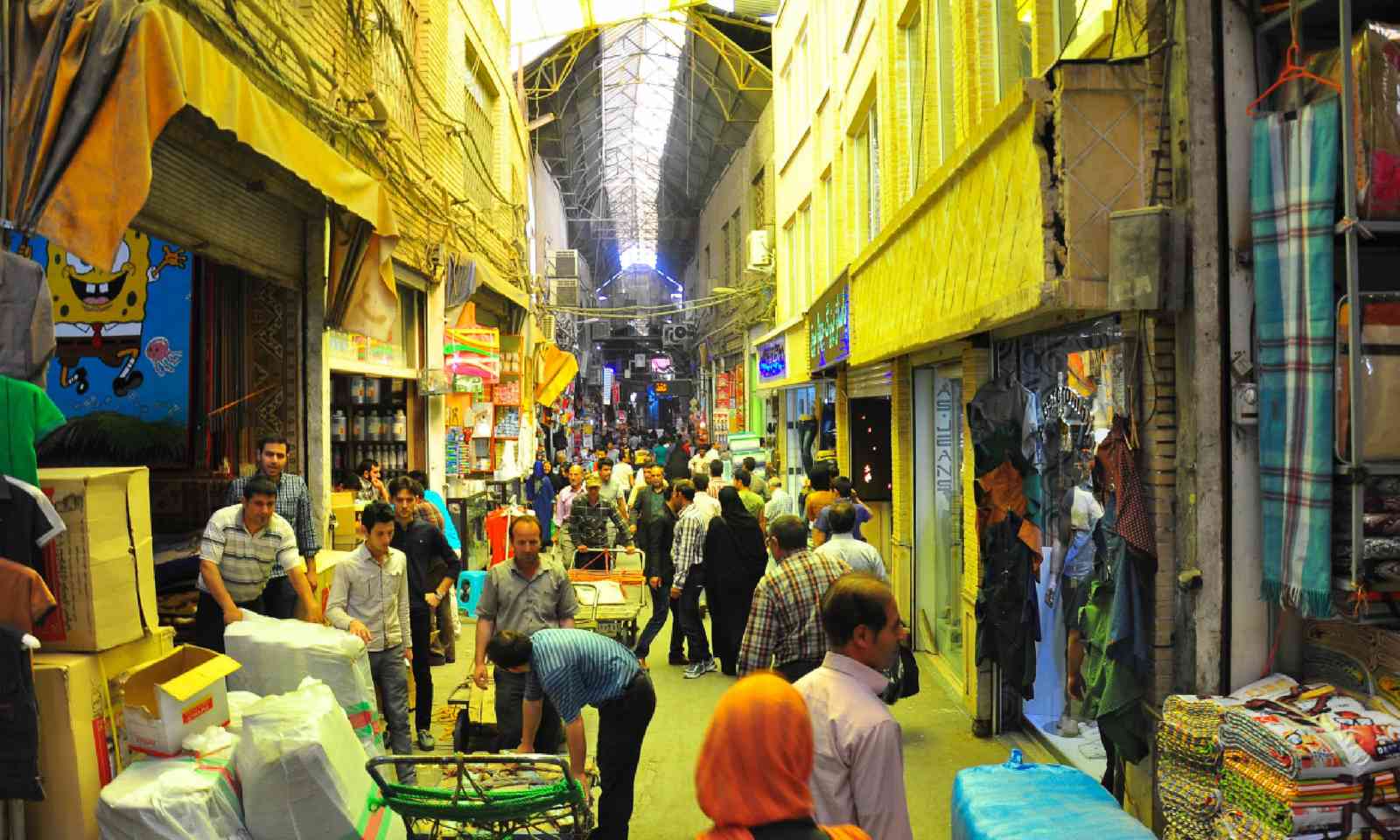 A busy bazaar in Tehran (Dreamstime)

The city itself is a cluster of distinctly different neighbourhoods, with the more prosperous areas lying to the north and the poorer districts to the south. One of the main thoroughfares is Valiasr Avenue, which slices through the city for 17km north to south, all the way from the Alborz Mountains to the main train station. And all the way in between is a changing city that will delight and enthral.

Flights touch down at Tehran Imam Khomeini International Airport, 30km southwest of the city centre. Direct flights from London take 7.5 hours. There are currency exchange booths and a tourist information office in arrivals. Remember that bags are screened upon landing and the use and possession of alcohol in the Islamic Republic is forbidden.

Population: 8.1 million
Languages: Farsi; some spoken English
Timezone: GMT+3.5 (Mar-Sep GMT+4.5)
Visas: Required by UK nationals and must be obtained in advance. It’s a complicated and expensive process particularly if not going with a tour operator.
Currency: Iranian rial (IRR), currently around IRR44,200 to the UK£. US dollars are accepted in some places. ATMs do not accept foreign cards, so ensure you have enough cash.
Best viewpoint: Head to the observation deck in the Milad Tower, a 435m-tall freestanding tower. The views, both urban and mountainous, are equally impressive and well worth seeing.
Health issues: No major health concerns. No vaccinations are required for entry into Iran, but it’s recommended that you should be to up to date with your jabs. Tap water is best avoided and protection against the sun is advisable.
Web resources: tourismiran.ir/en
Climate: Its desert surroundings mean Tehran has a mixed but largely dry climate. Summers are sweltering, with temperatures often in the 30s (ºC) while winters are chilly. It’s not uncommon for the mercury to drop below freezing.

Get the lay of the land with a trip to the top of the Milad Tower, the city’s tallest building. Gaze across the city towards the rugged and snow-capped peak of Mount Damavand, which stands at 5,671m making it the highest in Iran. 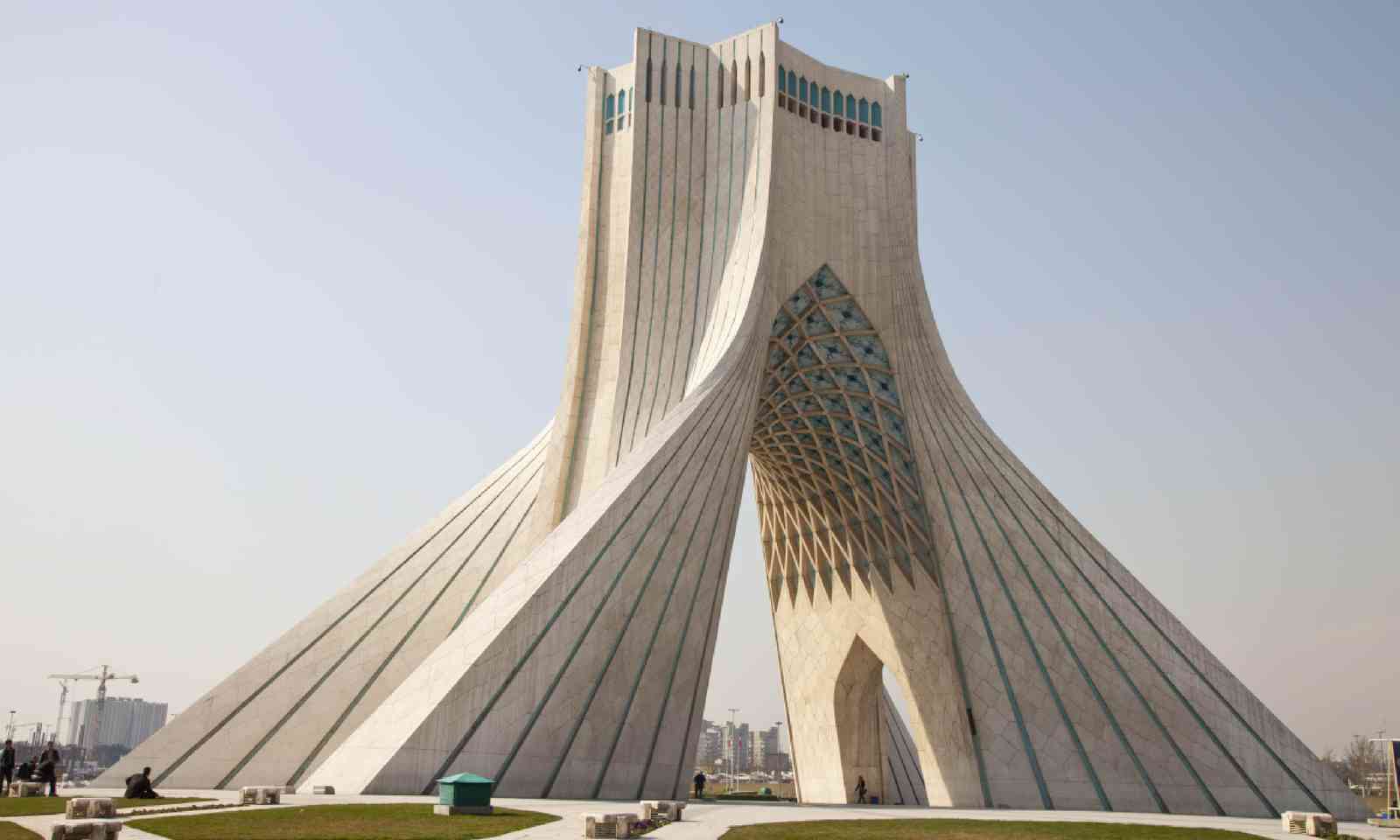 Nearby is the marble Azadi Tower, a striking 1970s monument built to commemorate the 2,500th anniversary of the first Persian Empire. It’s since become the symbol of the city.

From here, head south into central Tehran and the 10km of alleyways and stalls that make up the city’s main bazaar. Take stock of your purchases over a cup of sweet cinnamon tea at the famous Azari Traditional Teahouse, and try a bowl of dizzy, a delicious local lamb stew.

Afterwards, take a tour of the exquisite Golestan Palace, a former royal residence. More opulence awaits at the Treasury of National Jewels, a blingtastic collection of priceless gems that once belonged to the shahs of the Persian Empire. They are now on show in a heavily guarded vault beneath the Central Bank. 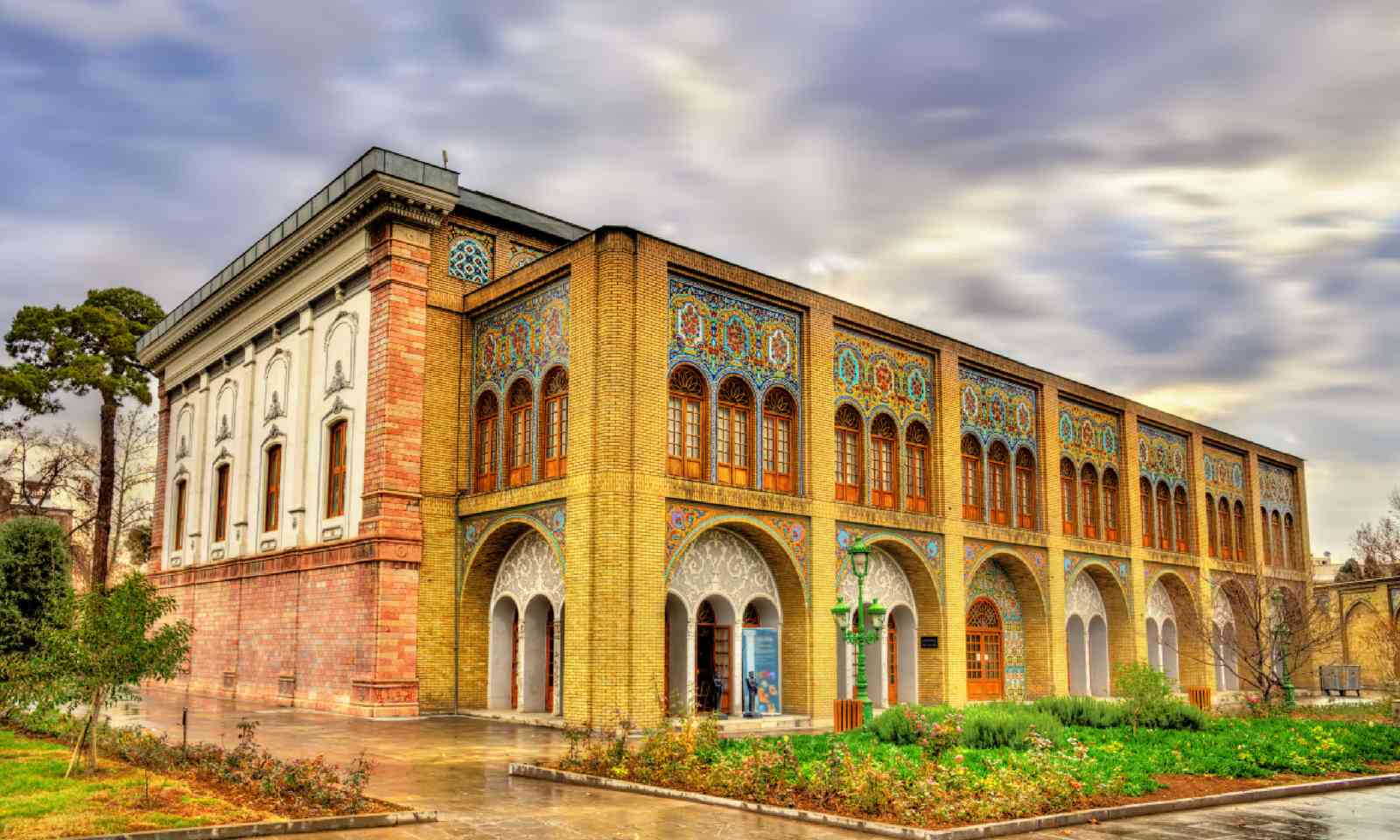 If time permits, make your way to the bohemian district of New Jolfa (the Armenian Quarter), home to trendy shops and one of the few churches to be found in Tehran, before heading to Darband, a quiet enclave in the foothills of the mountains. Follow the gentle walking trails and end your day peacefully in one of the cliffside restaurants and cafés.

Top end: When it comes to accommodation, Iran is noticeably lacking in top-end luxury, but the high-rise Parisian Azadi Hotel gives a good impersonation. It’s a reliable choice and tends to be the favoured hotel of visiting heads of state. Doubles from IRR4,920,000 (£113).

Mid-range: Try the Tehran Grand Hotel on Motahari Avenue, one of two locations for the brand in the capital. This edition has 250 relatively stylish rooms, a swimming pool, and is found in a central location close to the main sights. Doubles from IRR3,270,000 (£76). 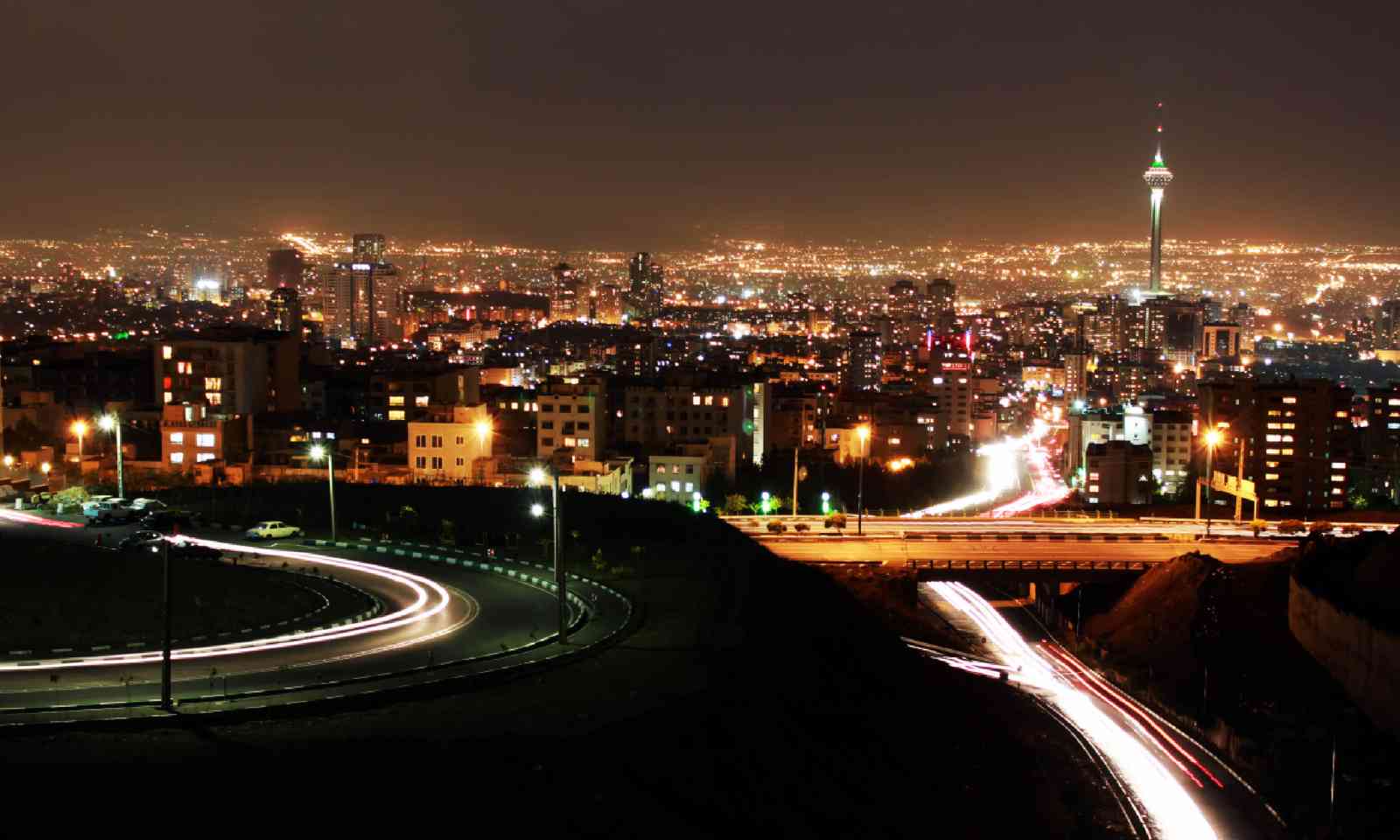 Budget: Simplicity is the watchword at The Firouzeh Hotel, which won’t win any prizes for its interior design. Having said that, it’s clean and comfortable with decent levels of service, and it’s not too far from the bazaar. A double room with en suite bathroom costs from IRR1,150,000 (£27).

Linger – but not for long. Tehran is an interesting city with plenty to fill a couple of days. Truth be told, though, it’s not what lures travellers to Iran. Unable to compete with rival cities Esfahan and Shiraz, Tehran is, essentially, more often a gateway to the varied treasures awaiting elsewhere. The big question is: where to go first? 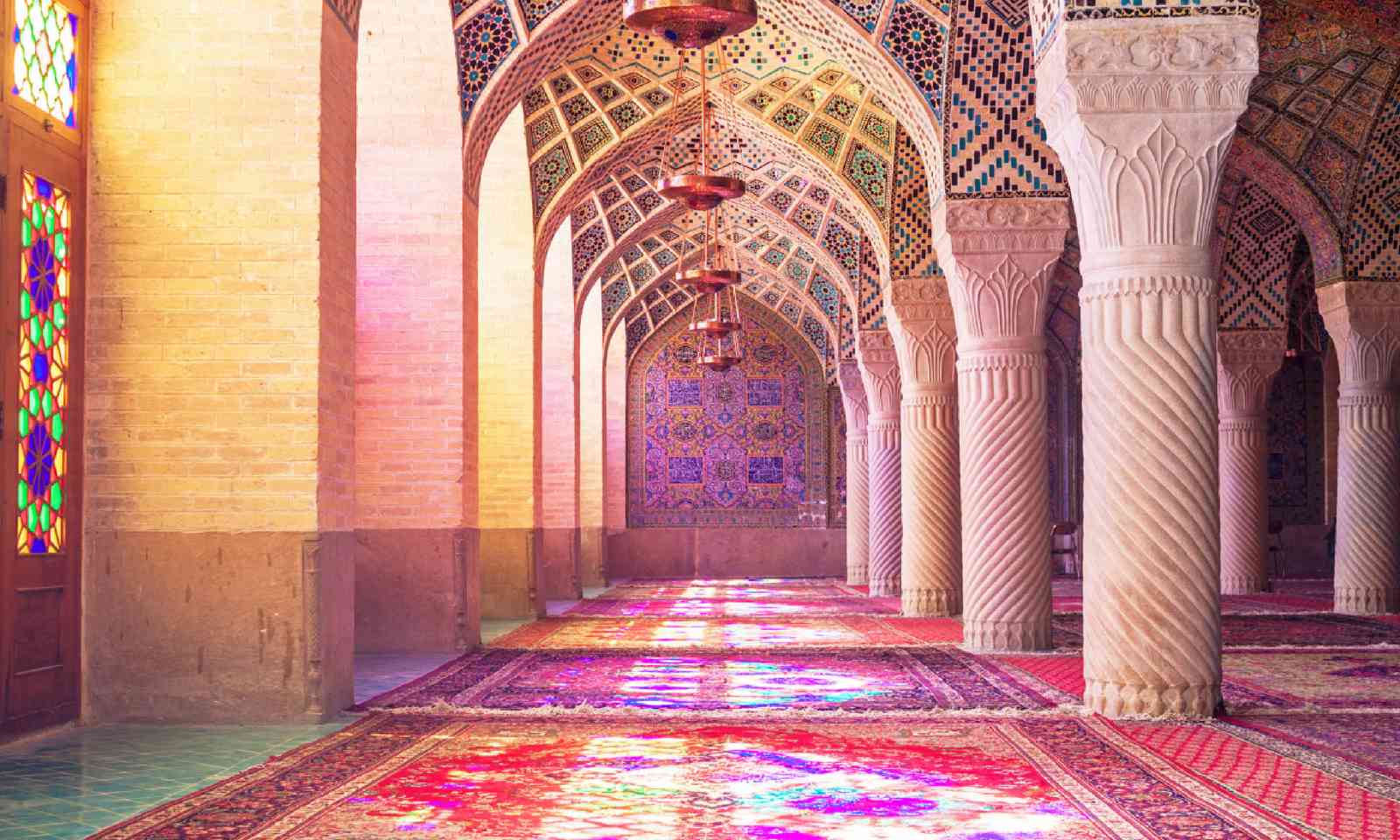 You could head north to remote mountain villages and the ruins of ancient castles, but the main tourist trail weaves south. The ‘Big Three’ – Shiraz, Esfahan and the ancient desert city of Persepolis – form an easy triangle. No visit to Iran would be complete without ticking off each.

Roaming the sprawling ruins of Persepolis, the former capital of the Persian Empire, and watching the sun go down over the turquoise-hued domes of Esfahan’s Imam Square are among the most memorable travel experiences in the world.