The 5 best places to celebrate Christmas in the USA

Christmas in the United States is all about glitz, glamour and excess. Find it all, along with a smattering of tradition and a generous glug of glühwein, in our top five... 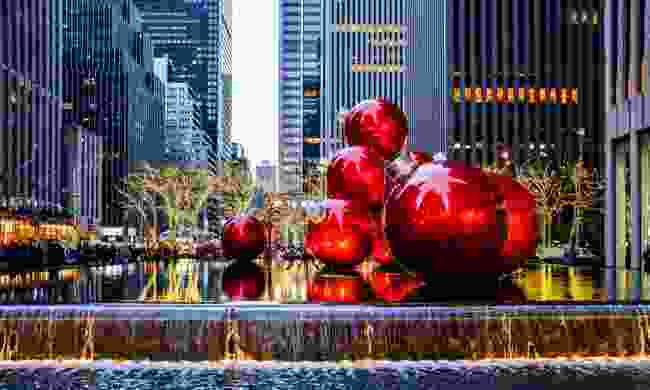 The shimmering Norway spruce that adorns the Rockefeller Centre is a must-see. So too are the festive window displays in the city's many department stores, such as Macy's which hosts an annual tribute to Miracle on 34th Street. Ice-skating and carriage rides through Central Park add to the fairy-tale atmosphere. As does the Columbus Circle Holiday Market by the park's south-west entrance where traders sell Christmas gifts, gingerbread and mugs of steaming hot chocolate.

More stocking-fillers are on offer at the handicrafts markets in Grand Central Station, Bryant Park and Union Square where the wooden cabins are decked in scarlet ribbons and Christmas lights. Take a break from browsing and catch a performance of the Nutcracker at Lincoln Centre or head to The Radio City Music Hall, home of Santa's, scantily clad, high-kicking helpers the Rockettes and an annual Christmas Spectacular.

There's plenty to see outside of Manhatten too. Neighbourhoods like Dyker Heights in southern Brooklyn are famed for their over-the-top Christmas displays. To the collective delight of young, old and the city's electricity providers, residents compete for the dubious honour of owning the most lavishly decorated house. Pack a pair of sunglasses and wander past gardens crammed with brightly-lit reindeer, inflatable Santas and festive animatronics. 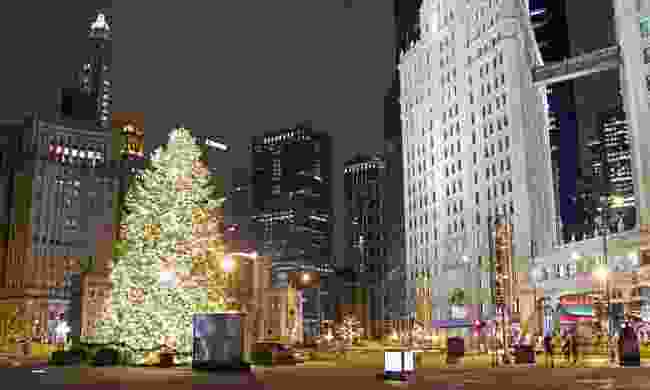 Each year over a million visitors come to browse the candy-striped stalls that fill Daley Plaza, making Chicago's German market the largest in the United States. Hand-carved nativity scenes from Bethlehem, Ecuadorian ponchos and cuckoo clocks from the Black Forest are just a few of the trinkets on offer. Look out for stalls selling Bavarian winter staples like bratwurst with sauerkraut, potato pancakes, goulash and mugs of warming glühwein.

No Christmas visit to Chicago is complete without a stroll along the Magnificent Mile where designer shops such as Tiffany & Co and Armani stage elaborate window displays and the streets are adorned with hundreds of illuminated Christmas trees. Arrive early to catch The Magnificent Mile Lights Festival on 22 and 23 November when the display is switched on. 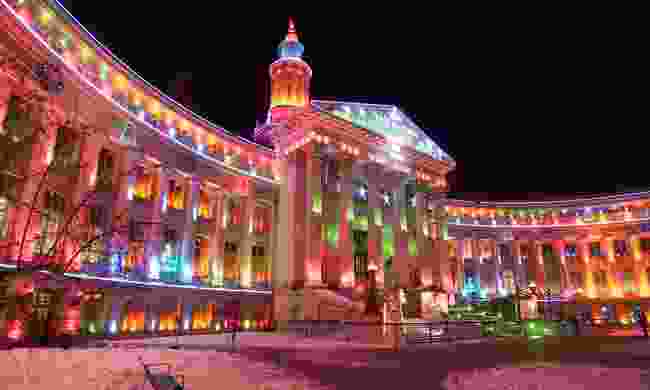 In Aspen, Colorado’s most famous winter resort, a white Christmas is pretty much guaranteed. Though skiing is the main event, there are plenty of other festive diversions. 12 Days of Aspen, the town's Christmas festival, runs from 20 to 31 December with abundant opportunities for Christmas shopping along with ice-skating, craft workshops and visits from Santa for children. Expect fireworks, après-ski and sometimes a dusting of A-list celebrities too.

Sleepy Georgetown holds the most traditional of the region's markets. Carol singers in Victorian dress entertain the crowds and horse-drawn carriages trundle through the historic streets. Join one of the town's Wassail Crawls, a market tour with frequent stops at local hostelries for cinnamon-scented wine and mulled cider.

Not wanting to be outdone by its country cousins, the state capital, Denver, holds a number of markets in the run-up to Christmas, including a traditional German Christkindlesmarkt, which runs from the 22 November to 23 December. Here you can enjoy the usual assortment of gifts and festive snacks and watch as portly, accordion-wielding Denverites don their lederhosen and attempt to provide the market with a suitably Bavarian sound-track. 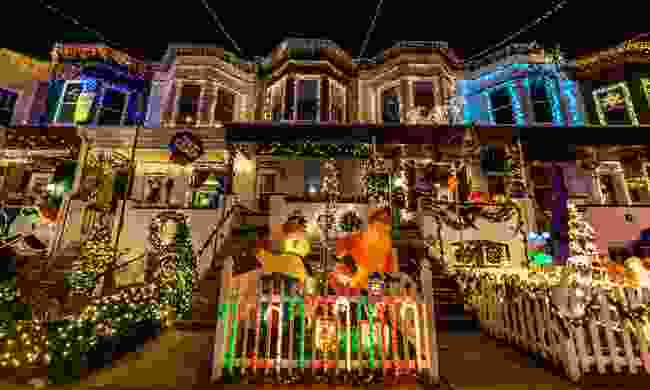 Baltimore is a city steeped in Christmas tradition, but a relative newcomer to America's Christmas market scene. Still, the city pulls out all the stops with its Christmas Village in West Shore Park by the waterfront. The market features traditional timber booths with sweets, jewellery and arts and crafts for sale. A festival of trees, wreaths and gingerbread houses, with festive food and drink available too.

For something a little more arty, make a beeline for the Bazaart Holiday Market at the American Visionary Art Museum, or the Holiday Art Market at the Maryland Institute College of Art. The Baltimore Symphony Orchestra holds annual performances of festive music too. Stay until 8 December to catch the annual Mayor's Christmas Parade; Christmas with marching bands, floats and Harley-Davidsons. 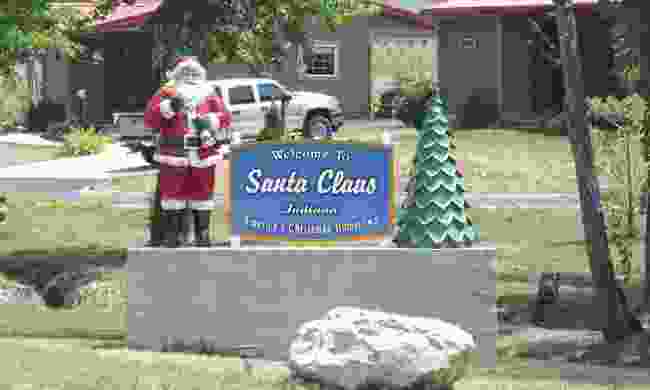 If you like your Christmas commercial, illuminated to the point of eye-watering and drowned in eggnog, head to Santa Claus, a playground for all those who revel in Christmas kitsch. Here you can celebrate Christmas all year round although, naturally, “America’s Christmas Hometown” really comes into its own in the winter months. Countless markets and festive parades take place throughout December along with film screenings, all-American pancake breakfasts and chestnut roasting at Santa's Candy Castle.

A modicum of culture can be found at the Santa Claus Museum and Village while the town's Splashin' Safari Water Park offers a host of diversions for revellers in search of a Christmas that's both merry and heavily chlorinated. A 5km festive fun run is also on the agenda should you feel the need to atone for a fortnight of cookie bakes and Christmas dinner.

While you're in the United States...