Christmas Eve traditions around the world

Each culture has its own customs for 24 December – here are a few of our favourites...

Italy's Agnone fires up a festive chaos on Christmas eve with the celebration of Carnevale Agnonese – a festival that includes the Ndocciata procession, where people take to the streets with handmade wooden torches. In a tradition that stretches back to the celebration of the winter solstice, the belief used to be that the noise warded off the witches.

Dressed in traditional clothing, the children come out first carrying the smallest of the fires, and as they make their way to the end-point at Piazza del Plebiscito, they give way to bigger and bigger ones until – eventually – the streets are ablaze with the light of fan-shaped 10-feet high torches – each one alight with up to 20 separate flames.

The parade moves to the sound of bagpipes, and finishes with the lighting of the 'bonfire of brotherhood'.


Dining with the departed, Lithuania

Christmas eve in Lithuania is a time for strengthening family bonds. There are very few excuses good enough to justify missing the meal of Kūčios on December 24, so most will make the journey back home in time for the occasion.

During the day, a meal consisting of 12 different dishes will be prepared by the family. No meat, dairy or any hot food is allowed – the food consists mostly of sustenance that is readily available during winter in Lithuania: mostly fish, vegetables and bread. 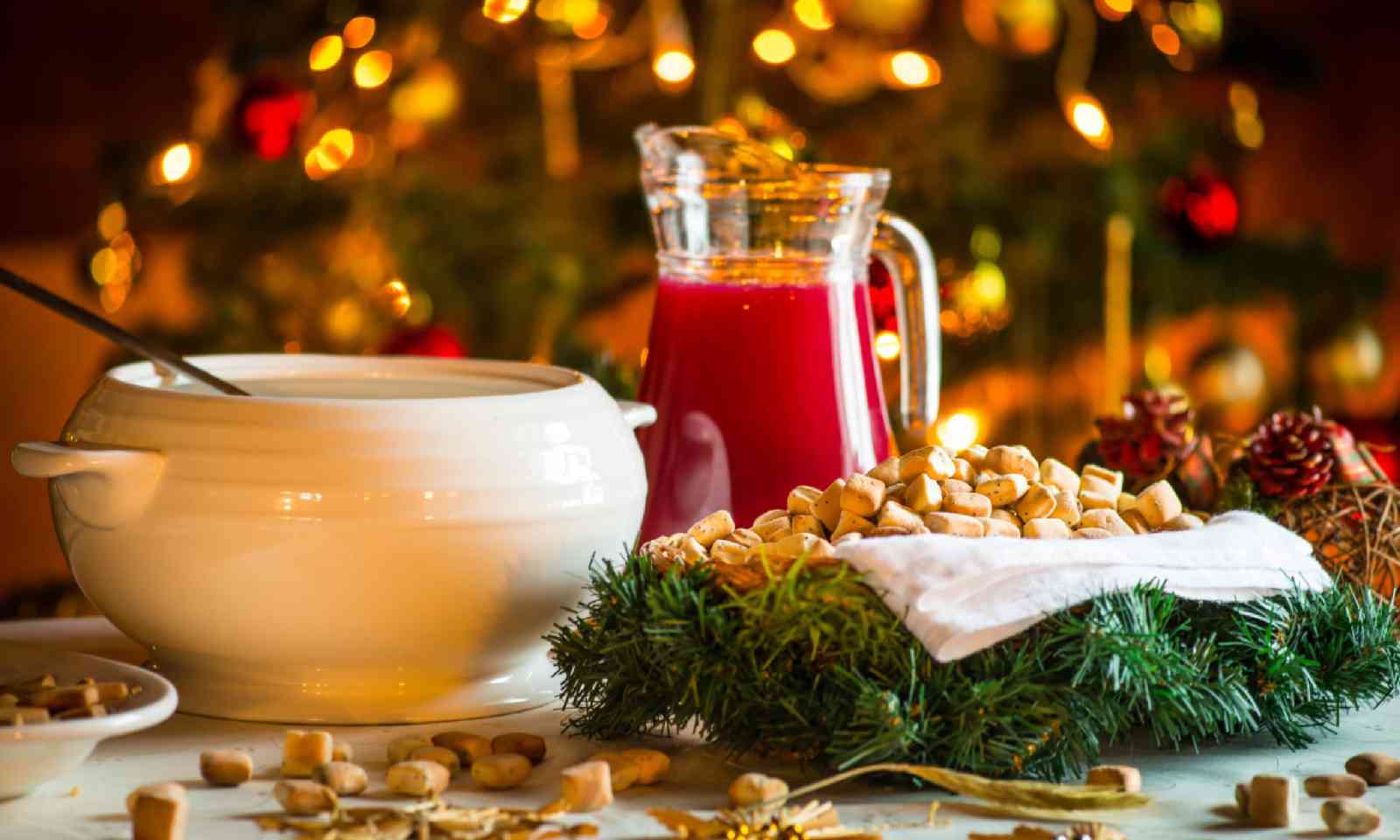 The table is then set: a white tablecloth is laid down over a thin layer of hay. Later, the family will 'draw straws' at random, and the one they pick will serve as a sign of what the future holds. If a member of the family has recently died, another place is set as an invitation for their spirit to return. The plate is adorned with a single candle in the centre, and as the flame flickers the family will be comforted that they are again reunited for Kūčios. The meal starts with the appearance of the first star, when all grievances must be forgotten and all enemies forgiven. Sign us up!

Nollaig shona duit! In Ireland, Christmas is celebrated with oomph. The lights on Grafton Street will fill any winter evening with a tasteful shimmer, and the exuberant window displays of Brown Thomas will impress even the most hardened holiday-cynic passing by. Concerts are in full swing, and carollers and brass instruments descend on the streets to liven up the cold afternoons. 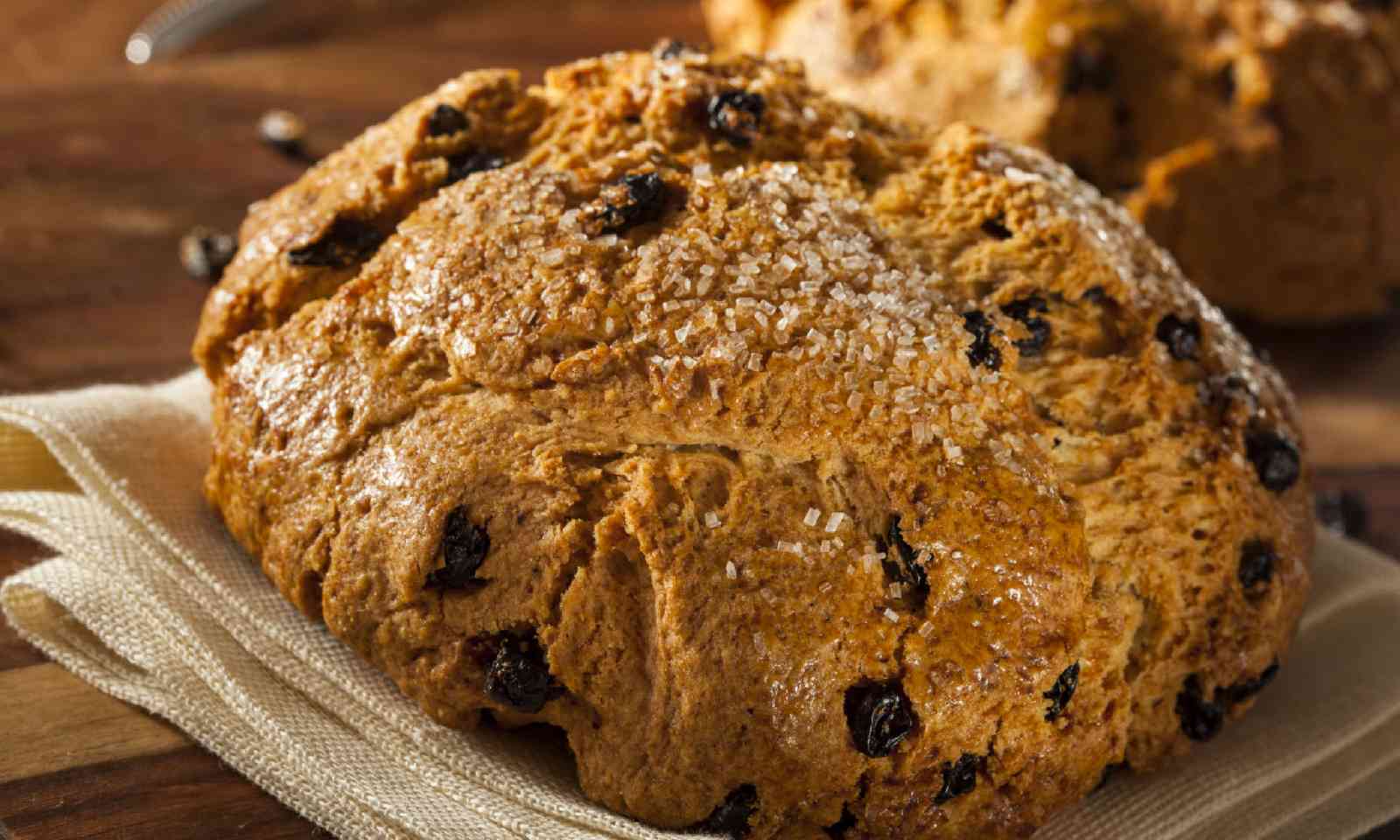 The religious message of Christmas still holds weight here too, and many families will attend mass on Christmas eve and Christmas morning. Some also continue to partake in ancient traditions, such as the setting of the Laden table on Christmas eve. As a symbol of welcome for Mary and Joseph – or anyone seeking shelter – a candle is lit in the window, and a loaf of soda bread filled with caraway seeds and raisins is placed on the table with a pitcher of milk.


Thawing in the sauna, Finland

At midday on 24 December in the old town of Turku, a declaration of Christmas peace is read out, denouncing all wrongdoing over the festive period and wishing goodwill on all the town's inhabitants. As night falls, families tend to their relatives' graves, placing lit candles on them in an act of remembrance. 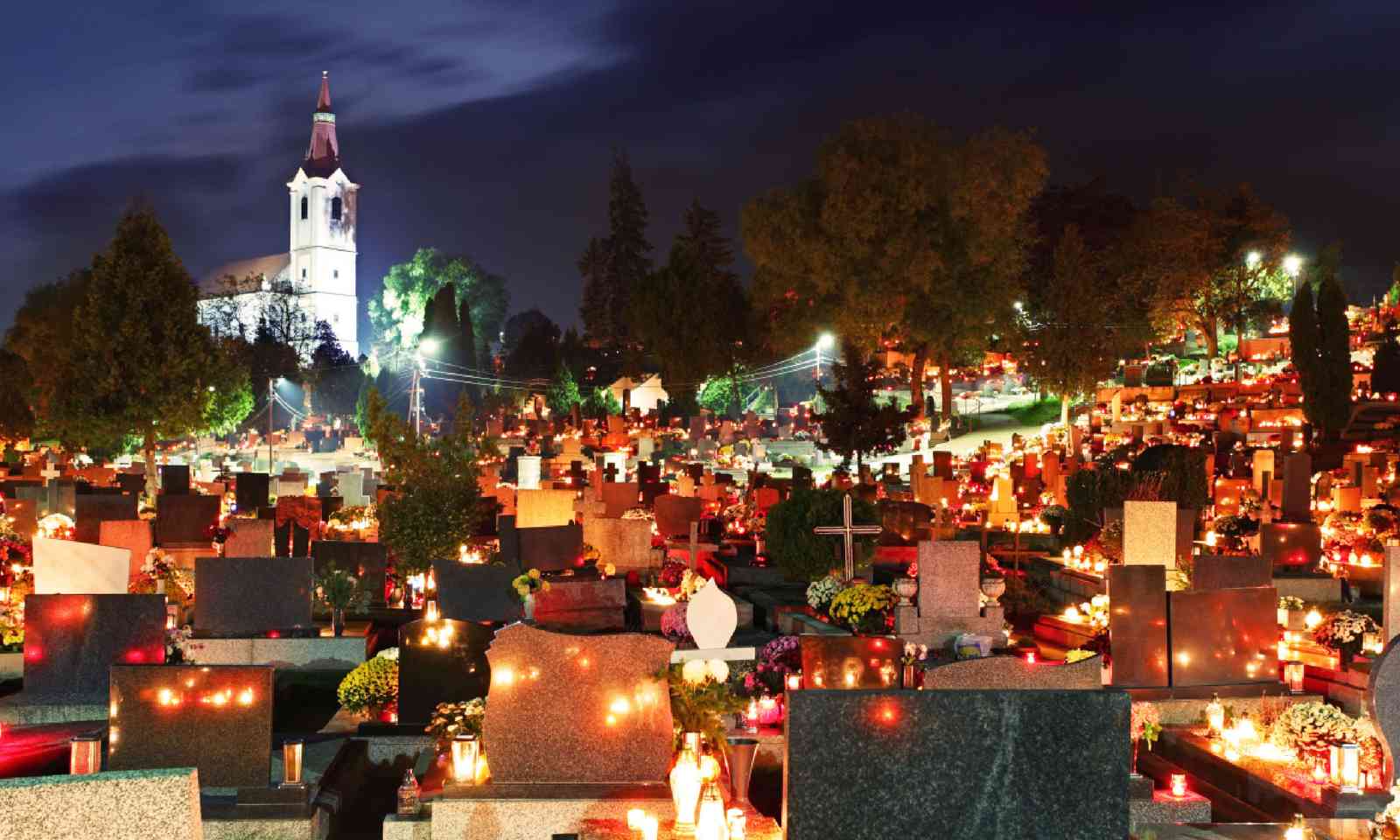 After a chilly stint at Christmas Eve mass, there is only one thing that can thaw the toes: a sauna. Yes, the Finns all head to the steam room for the evening – an idea we might just have to steal for ourselves if the weather continues as it is...

Denmark doesn't have just one Christmas Eve, but two! The first, called 'little Juleaften', falls on December 23. People tend to spend the day shopping, decorating and finishing the baking in time for Christmas dinner. 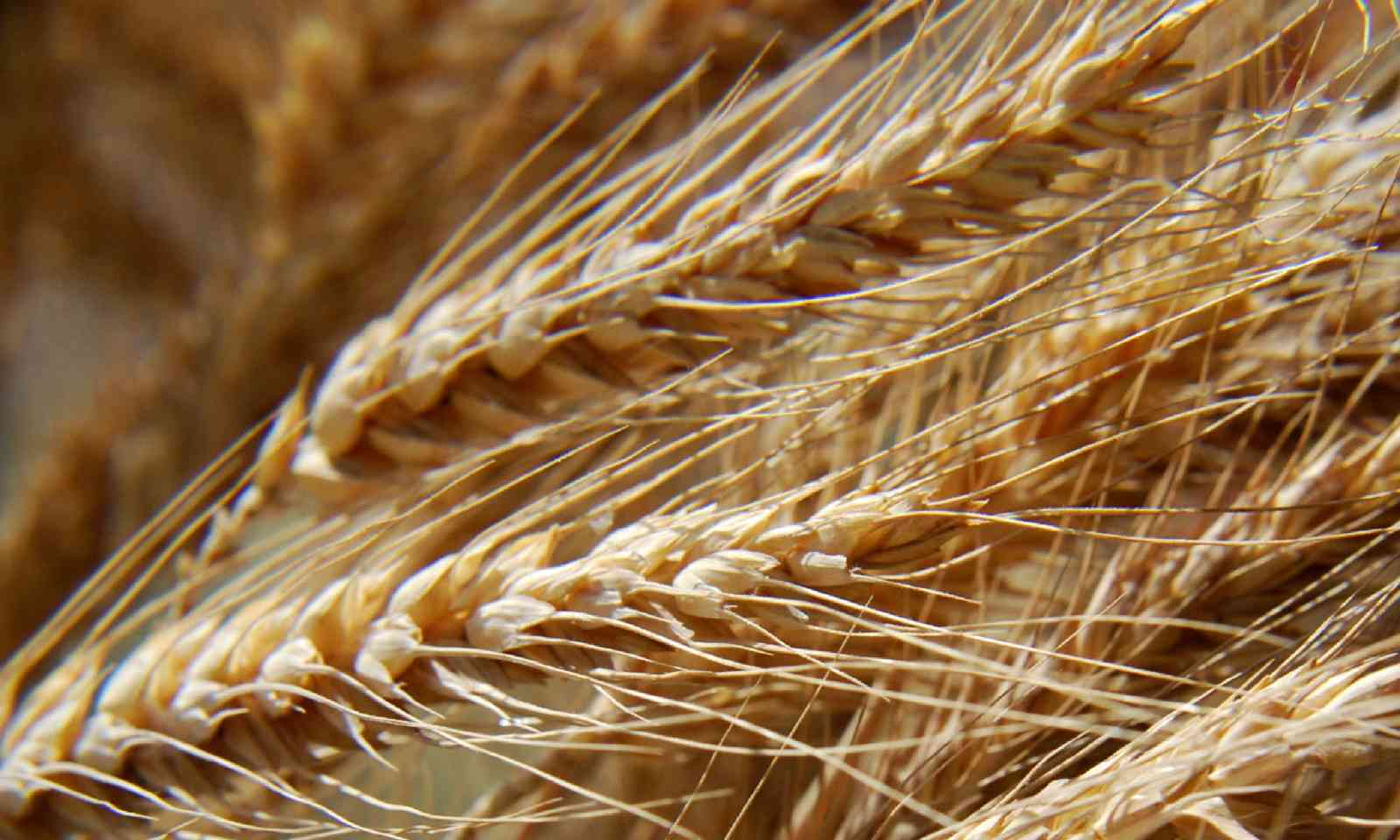 December 24 tends to be spent at leisure. Did you know that animals are able to talk on Christmas Eve? According to Danish folklore, they all stay up chatting until the early hours. So to ensure that they don't say anything bad about them behind their backs, children lay out sheaths of grain for the birds, and owners give extra treats to their pets. Sounds like bribery to us...

Ukraine's vertep – a portable puppet theatre – was a widely practised tradition around the Christmas period until the Soviet state started persecuting religious practises in 1920s. The vertep was a two-storey high wooden box, and two performances would be separated between both levels: the sacred play of the nativity on the highest while a more secular story – either a comedy or a tragedy based on local, often stereotypical, characters – took place on the bottom. 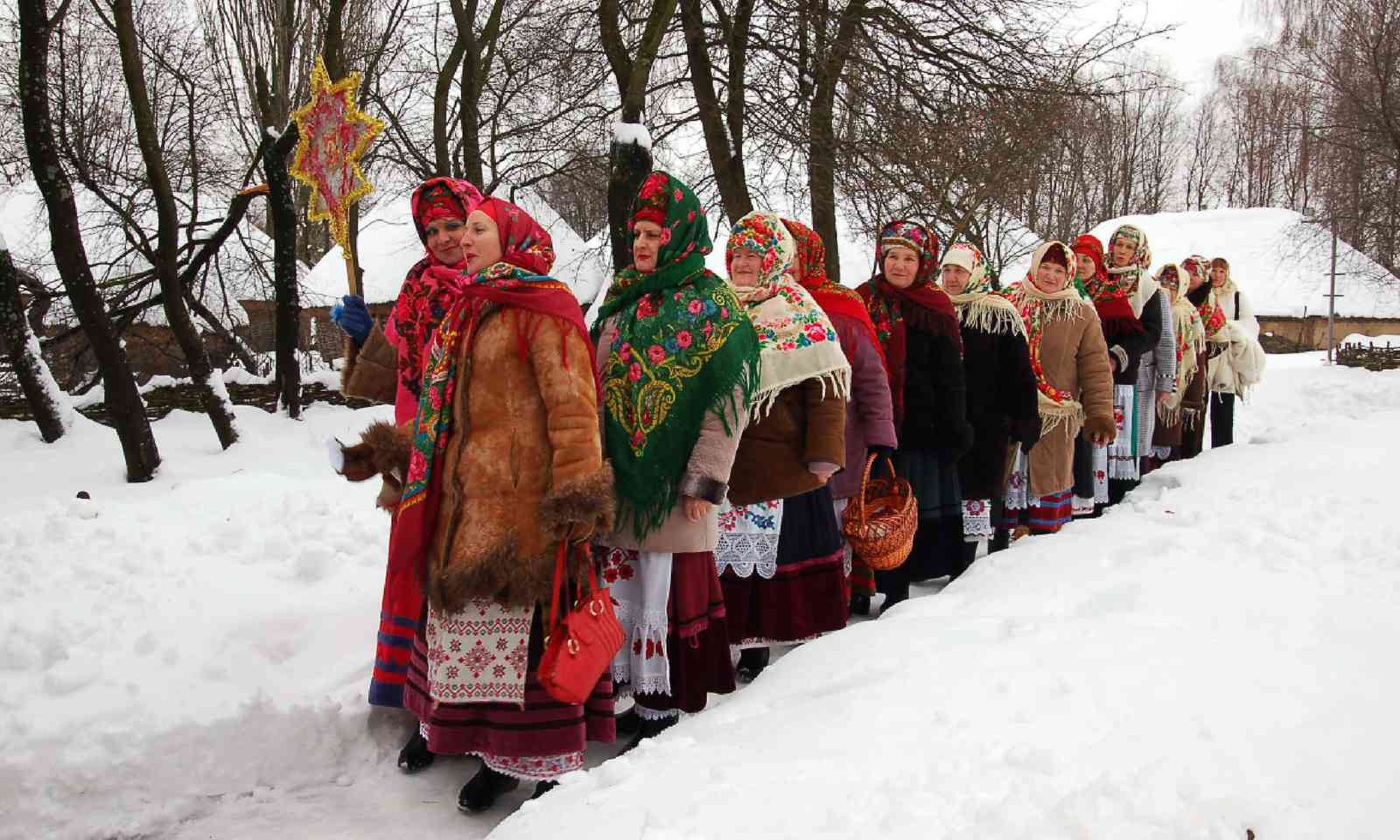 Nowadays, the vertep usually involves young children dressing up and performing the plays of the puppet theatres. Though this may sound similar to the nativity play, the vertep still draws on specific Ukrainian traditions, and will often contain hidden political messages and satire in the performances.

Jamaica may not have snow, or holly, or chimneys, but Santa still finds his way here! There are plenty of things that signal the arrival of the holiday: reggae carols, relentless parties and the sweet aroma of sorrel. But most of all, there is the bustle of Christmas eve's Grand Market – blasting music, decorated shops and throngs of exciteable children. 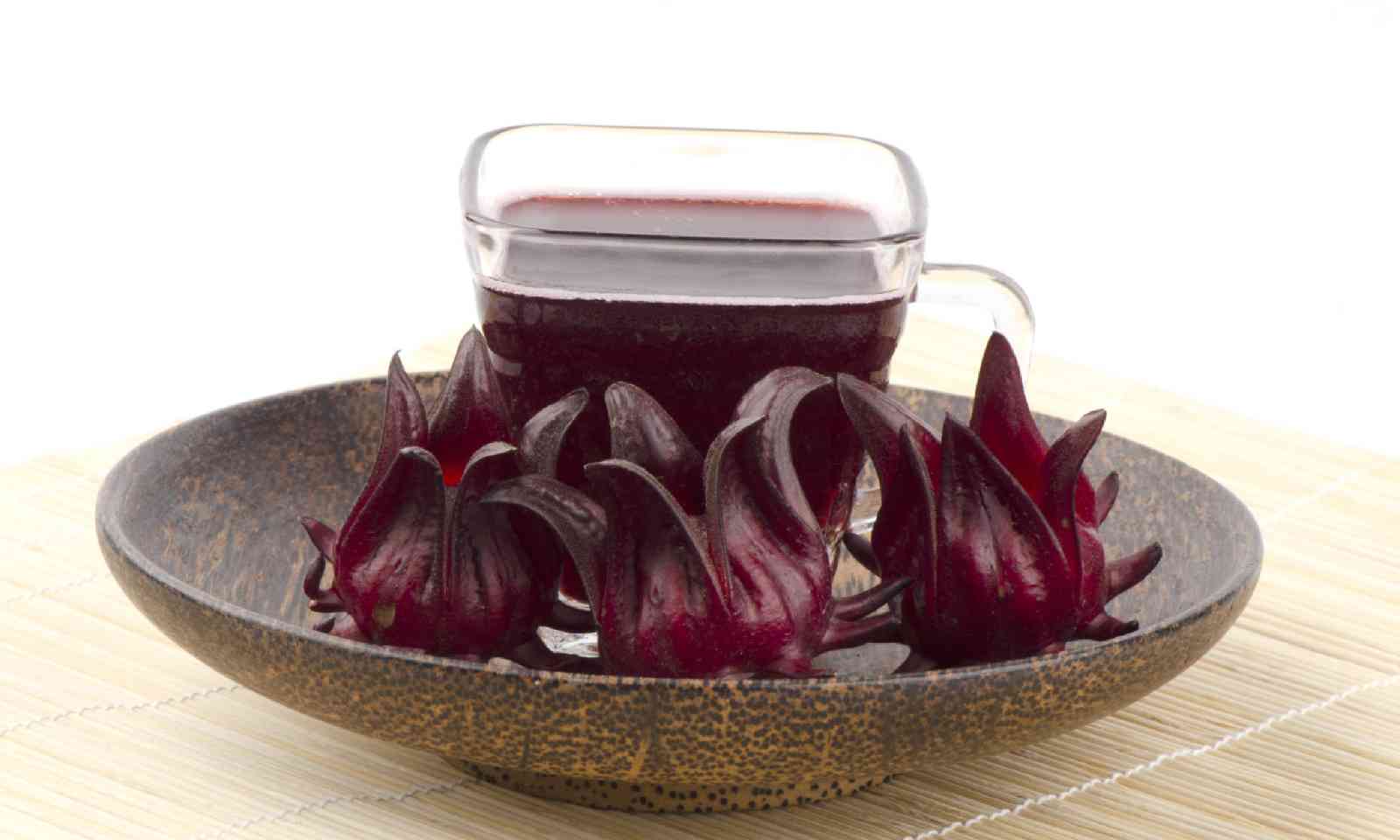 For the young'uns, Grand Market day is almost as stimulating and exciting as Christmas morning. The day is spent rummaging through chaotic shops to find new outfits for the evening, and the evening is spent with friends; buying presents, gorging on street food and playing games.

Some will spend the day cleaning the entire house – today is the day for painting, re-decorating, and tacking the chores you've been putting off all year – before heading out for a night on the town.