Nostalgia fests: 7 museums dedicated to the books you loved as a kid, from Dr Seuss to the Moomins

With the opening of a new Moomins museum in Finland, we look at the best museums around the world dedicated to the writers and characters that delighted your childhood imagination 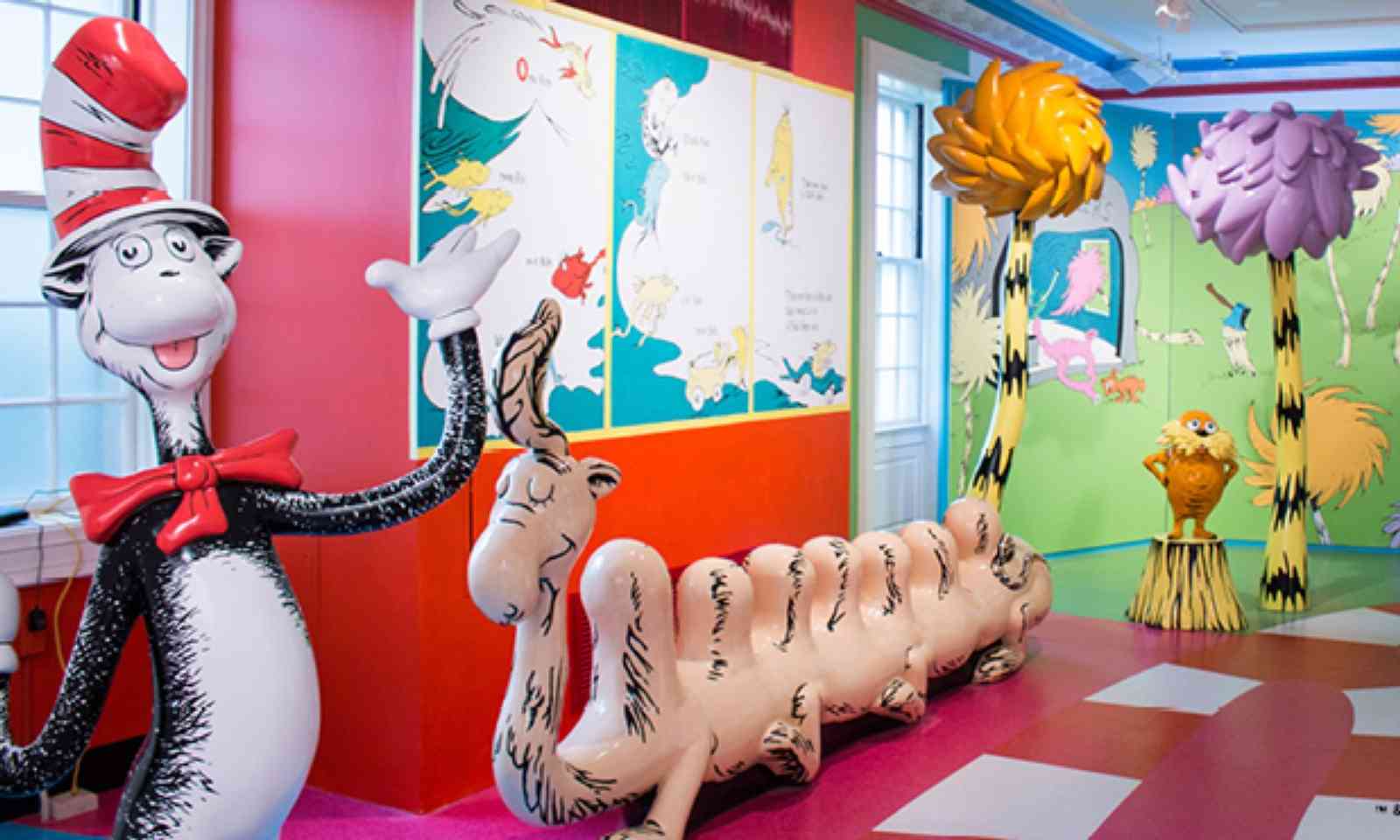 Inside the Amazing World of Dr Seuss (Springfieldmuseums.org)

The Cat in the Hat is back with the opening of a museum in Springfield, Massachusetts, dedicated to the work of Theodore Geisel, better known as Dr Seuss. It’s bright, garish and a little bit ‘out there’, just like the books it celebrates.

Springfield was Geisel’s hometown and the museum is a loving tribute to his life and works. There's a recreation of his study and living room, as well as various notes, doodles and memorandums, but it is the ‘life-size’ characters from his books that will delightchildren and adults alike.

The only thing missing is a café serving green eggs and ham, but otherwise the Amazing World of Dr Seuss is definitely a place you should go. 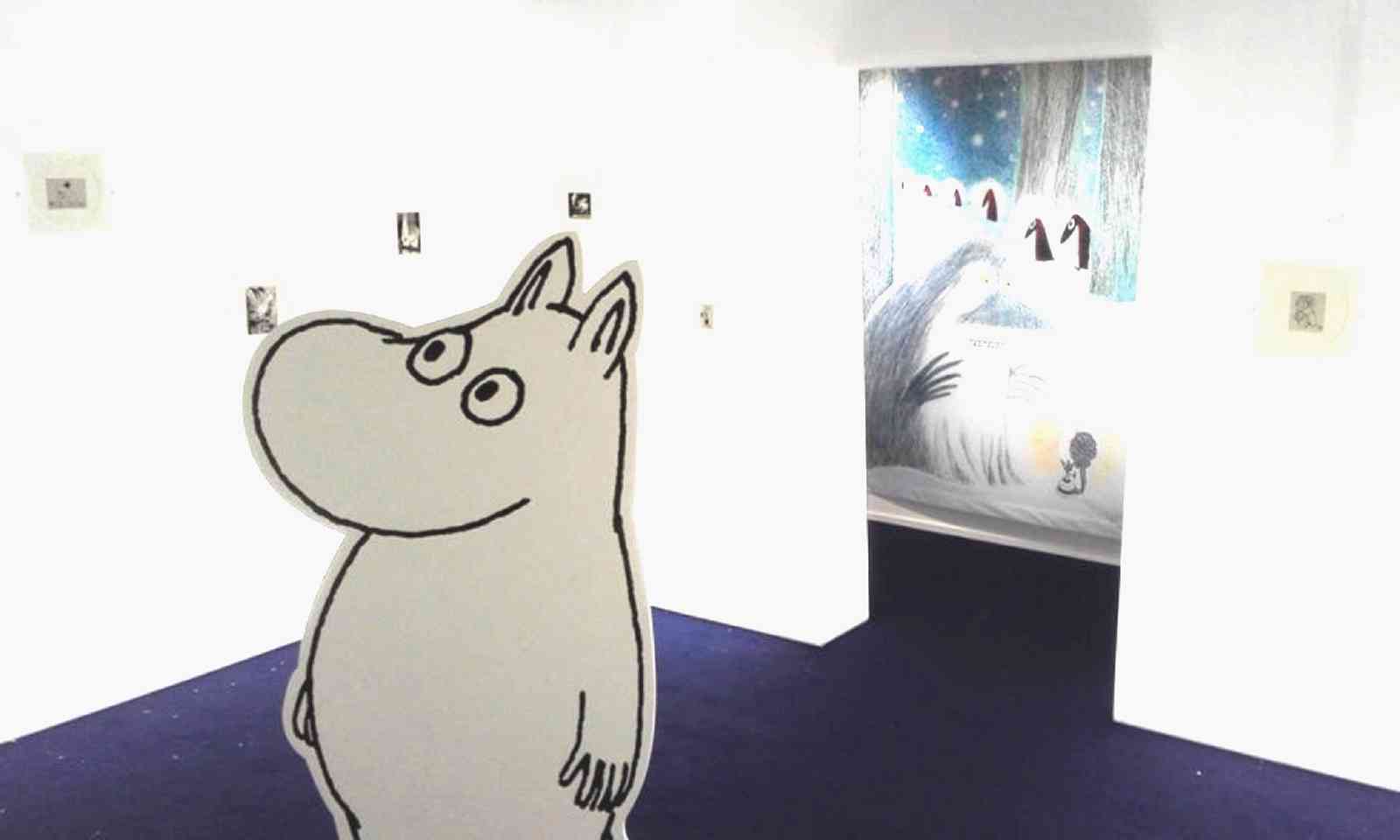 The little Moomins are big in Scandinavia. Created by Finnish author Tove Jansson, the hippopotamus-like characters have starred in books, TV shows and comic strips, and are an integral part of growing up in this part of Northern Europe.

Moomin fans will be delighted to hear that the world’s first Moomin Museum has just opened in Tampere, Finland, finally giving a home to the treasure trove of Moomin memorabilia donated to the city by Tove Jansson 30 years ago.

Here, you’ll find original artworks by the artist and rare paraphernalia, like Moomin figures, photographs, slides and letters, as well as answers to the questions that have bugged you since childhood, like what do Hattifatteners do during a thunderstorm?

From Willy Wonka and Fantastic Mr Fox through to Matilda and the Big Friendly Giant, Roald Dahl has created some of the most memorable characters in children’s literature. His darkly comic style has delighted and terrified children with morally ambivalent characters and unexpected endings.

The Roald Dahl Museum and Story Centre is situated in Great Missenden, the village in Buckinghamshire where Dahl lived and wrote for 36 years. The museum is aimed at six to 12 year olds and features three interactive galleries designed to put imagination centre-stage and to encourage young writers.

Having said that, the museum also houses the author's manuscripts, personal correspondence and his 'Ideas Books', as well as a café for parents to relax in while junior is off being inspired. 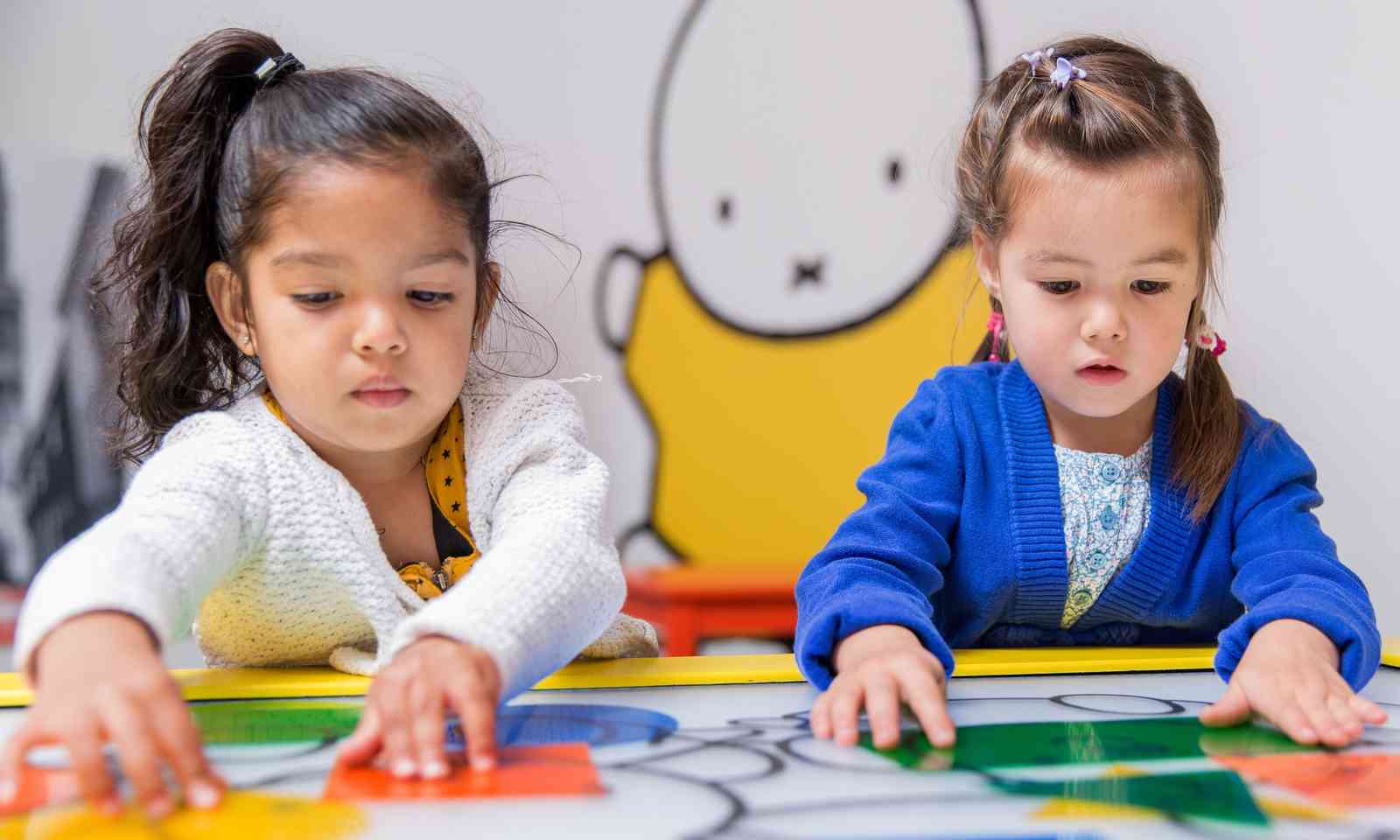 Simple and iconic, Miffy is the small female rabbit that featured in a series of picture books created by Dutch artist Dick Bruna. She was created in 1955 after Bruna and his young son started making up stories about a rabbit they had seen in the dunes at Egmond aan Zee. Bruna decided to make her a girl because dresses were easier to draw than trousers.

The simple graphic style and bright primary colours of Miffy were an instant hit with pre-schoolers and over 124 different titles have been published.

The Miffy Museum in Utrecht celebrates the life and work of Dick Bruna, who sadly passed away in 2017, and offers 10 different rooms where young children can discover the world around them. Adults can retire to Miffy’s Room, full of Miffy picture books, and relive the time Miffy learned to tie her shoelaces, or went to visit her aunt, or caught the bus for the first time. It's heady stuff.

5: The World of Beatrix Potter, UK 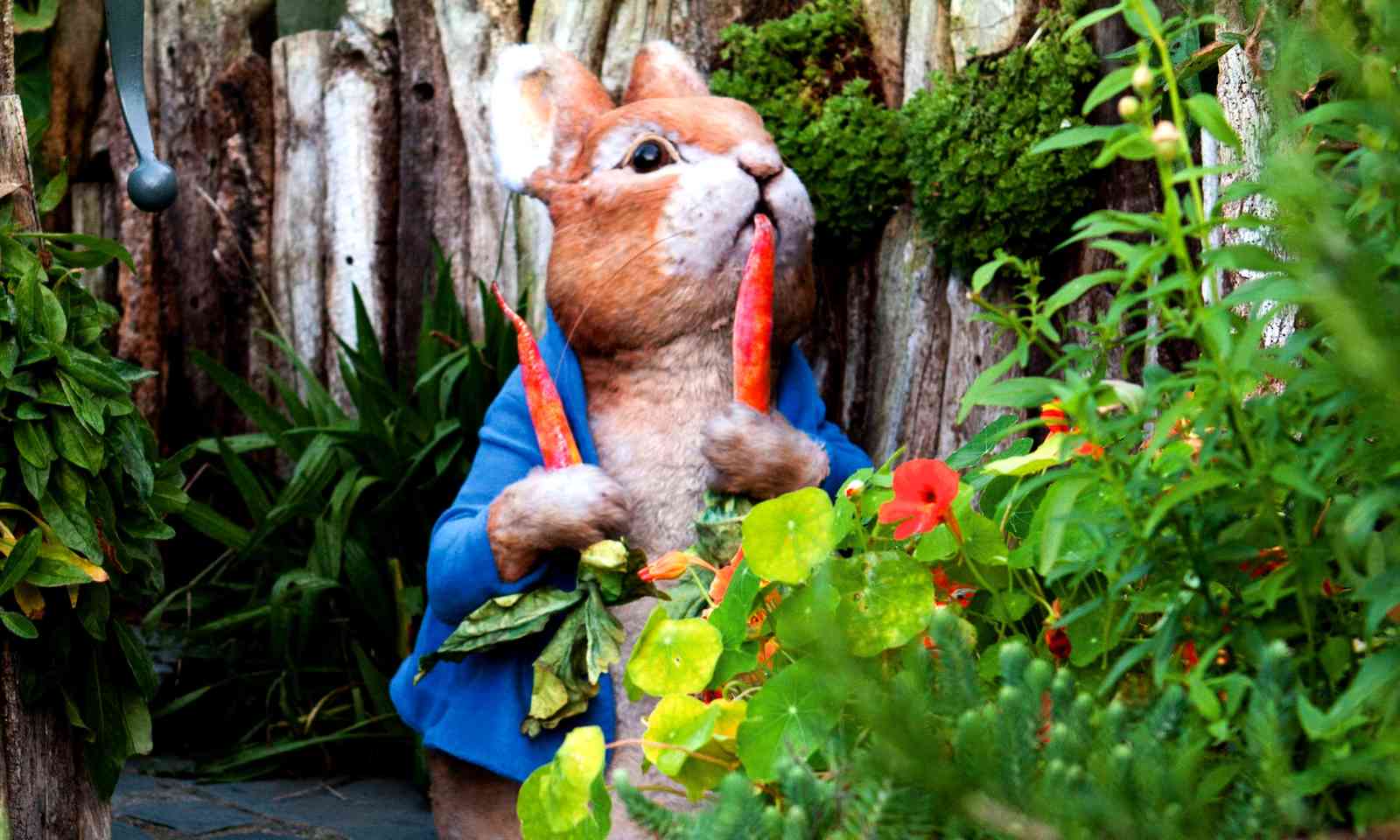 Peter Rabbit in the carrots (hop-skip-jump.com)

Relive the adventures of Peter Rabbit, Jemima Puddle-Duck and all their friends in the place that inspired Beatrix Potter to create them. Look out of the window at The World of Beatrix Potter in Bowness-in-Windemere and you’ll see the cabbage patch that inspired the one where Peter Rabbit lost his shoe and the gate he had to squeeze under to escape Mr McGregor.

The museum is in the house Potter lived and worked in, and includes life-size recreations of scenes from the books, complete with sights, sounds and smells.

Make sure you visit the beautiful English garden to see the bronze statue of three children releasing Jemima Puddle-Duck. It was unveiled in 2006 by Renee Zelwegger, who played Beatrix in Miss Potter, released the same year. 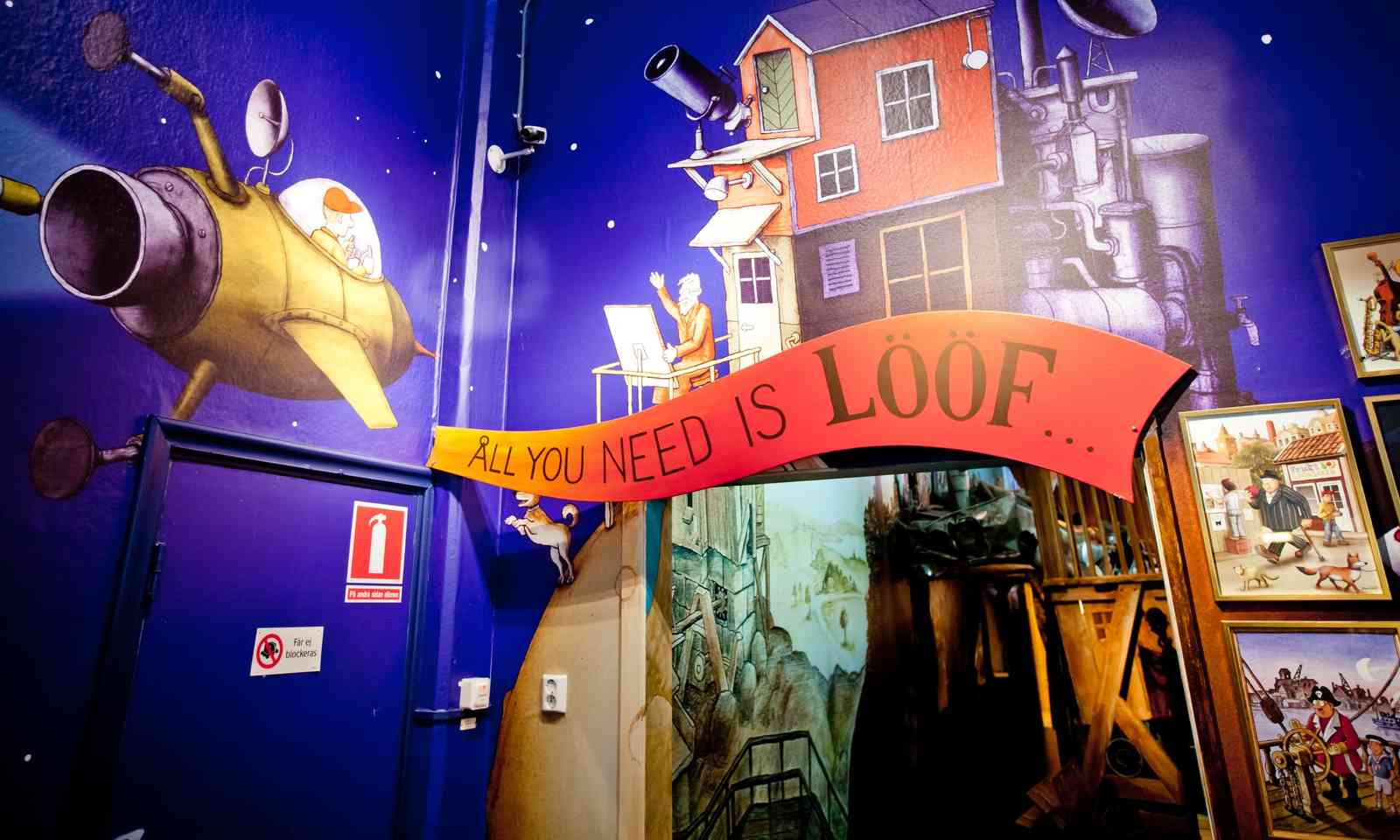 Long a role-model for strong-willed redheads who like to wear their hair in plaits, Pippi Longstocking was created by Swedish author Astrid Lindgren and celebrated at the Junibacken Museum on Djurgården Island in Stockholm.

Officially opened by the Swedish Royal Family in 1996, Junibacken features a story train that takes visitors through the world of Pippi Longstocking, as well as a theatre, restaurant and exhibition centre.

Such is Pippi’s longstanding appeal, Junibacken is the fifth most popular attraction in Stockholm, as well as something of a pilgrimage site for tourists from Russia, where the books are still immensely popular. 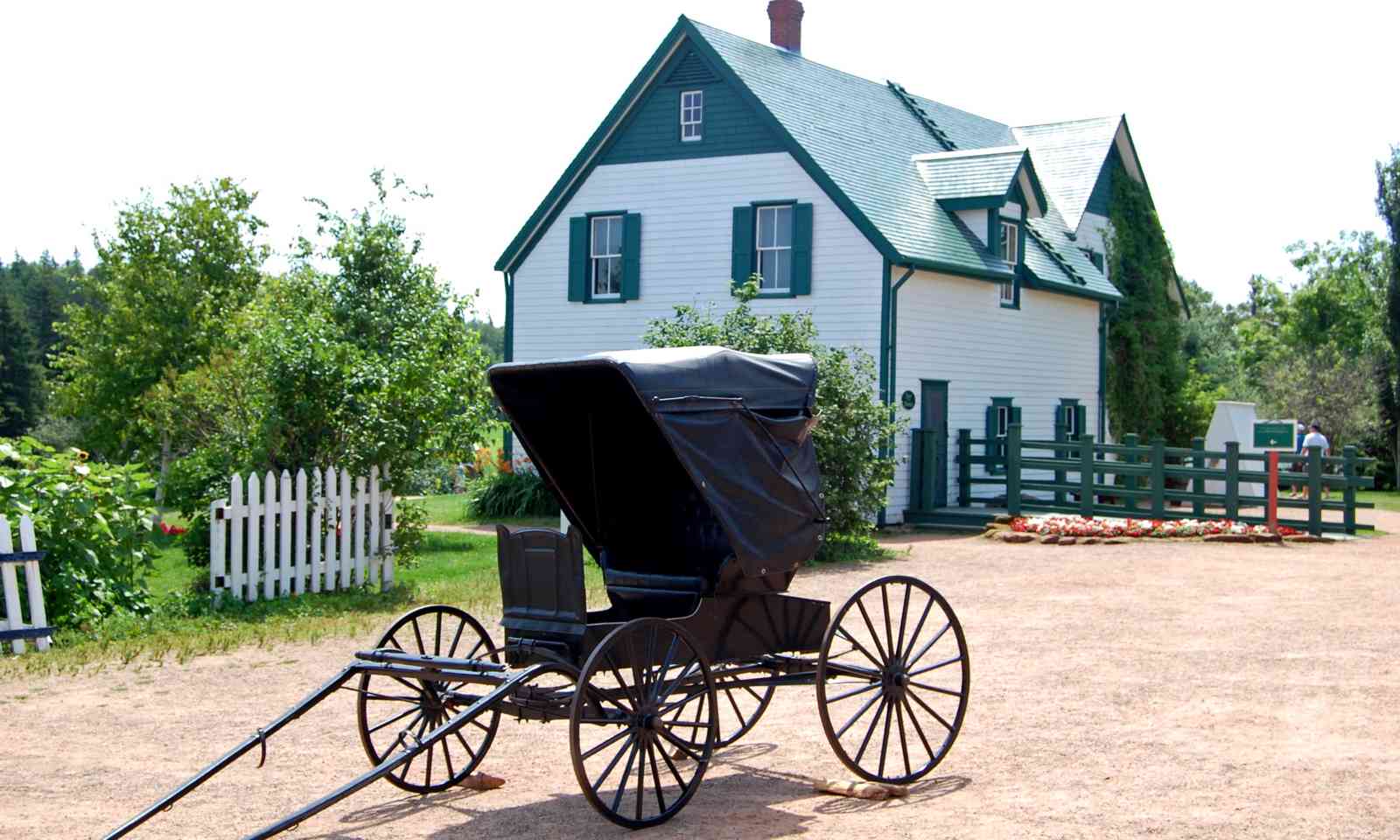 Another book featuring a strong-willed girl making her way in the world, this time an orphan sent to work on a farm on Prince Edward Island, Anne of Green Gables has never been out of print since it was first published in 1908.

The book was written by L.M. Montgomery, and the museum celebrating her most famous character is set in her family home, an impressive white clapboard house that she described as "the wonder castle of my childhood."

Set on 110 acres, visitors can wander through the museum, take a carriage ride through the orchards or seek out favourites items and vistas from the book, whether that’s the enchanted bookcase, the crazy quilt or a view of the Lake of Shining Waters.

Main image: The Cat in The Hat with a couple of things (Springfieldmuseums.org)