Recognised as a revolution socialist by many, known as a motorcycle and travel enthusiast by few. We look beyond the politics and explore the life adventures of Che Guevara, 50 years on from his death.

Are we starting a revolution?

Not quite, but 9 October marks 50 years since Argentine-born guerilla leader Ernesto 'Che' Guevara died. Known for his role in the Cuban Revolution of the 1950s, over the last few decades he has become an icon of pop culture, with that headshot (Guerrillero Heroico by Alberto Korda) staring out from countless T-shirts. But as well as all that, he became an inspiration to travellers, too.

Really? wasn't he more about politics?

He once wrote that he was 'a socialist and a traveller'. And before politics took over his life, he interrupted his university studies to embark on a pair of epic road trips in the early 1950s, first through the northern tip of Argentina, then on an 8,000km route around Latin America on a Norton 500cc motorbike. 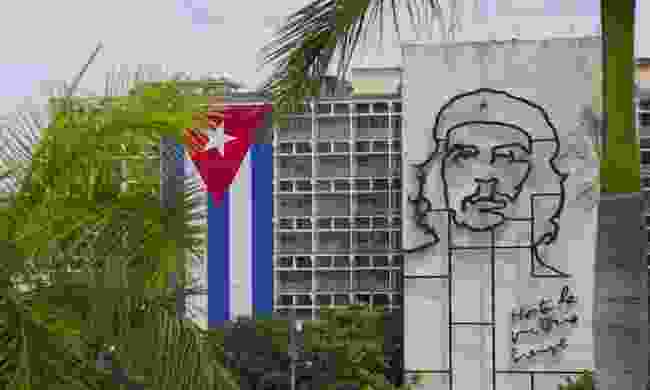 Road trips can be life-changing...

Indeed. He spent nine months traversing the continent, glimpsing wonders like the Atacama Desert, Amazon River basin and the Andes mountains, and meeting the ordinary people who lived there. This six-country trip was immortalised in Che's 1955 memoir The Motorcycle Diaries, inspiring countless others to follow in his footsteps.

The trip sparked Che's sense of injustice and drove his desire to liberate the continent's oppressed, leading him to join forces with Cuba's Fidel Castro. His links to that island have even fuelled motorcycle tours there, including one now led by Che's son, Ernesto, where you can hop on a Harley Davidson and ride the storied streets of its colonial cities.

Where does his story end?

In Bolivia, 1967. A failed rebellion in that country led to him being captured by the national army and killed. His legacy there is still traced by visitors today, and his last weeks are explored in the next issue of Wanderlust (issue 181, Nov 2017), where we visit the jungles in which he lived and fought, the place where he was captured and his original burial site. Until then, "¡Hasta la victoria siempre!"