If you're planning a winter break, don't overlook eastern Europe with its sleigh-full of festive offerings, says Thomas Rees... 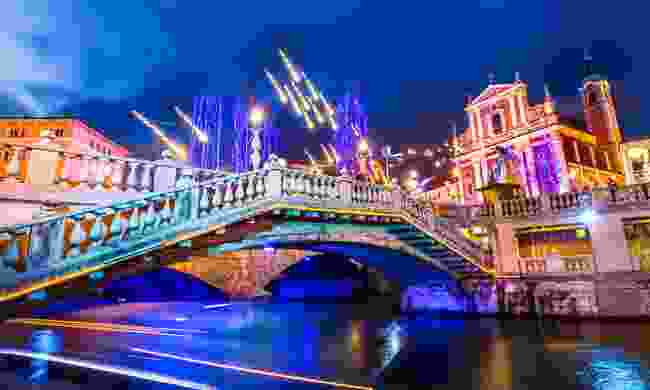 Famed for the extravagance of its Christmas lights, the Festive Fair, held in the Slovenian capital makes a perfect winter getaway. Wander through the streets sipping medica (warm honey schnapps) or kuhano vino (mulled wine), past willow trees that shimmer with frost, and stalls selling smoked sausages and traditional gifts. Expect ice rinks, street theatre and decorative crib scenes in many of the city's chapels.

Processions take place across Ljubljana so be sure to keep an eye out for Old Man Frost (Dedek Mraz), Slovenia's version of Father Christmas. 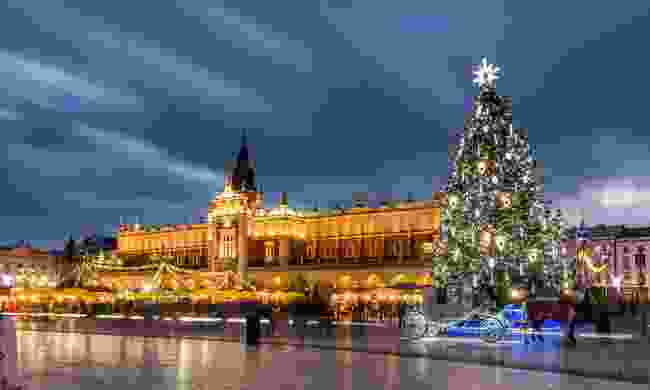 The magnificent renaissance-era Cloth Hall provides the backdrop to Kraków's Christmas market, a warren of tents that jostle for space with colourful szopki (nativity scenes) and barrels filled-to-the-brim with mulled wine.

Don't miss the stalls in the Cloth Hall itself where hand-carved wooden boxes and delicate Cracovian lace-work count among the highlights. 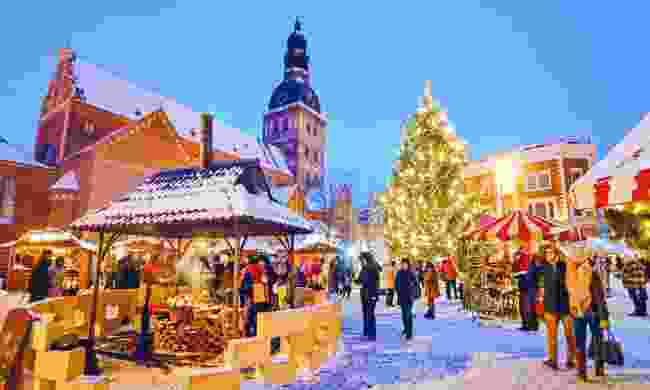 In 1510, a guild of merchants from the city of Riga decorated a fir tree with flowers to commemorate the birth of Christ and, if the historical records are correct, the Christmas tree was born.

Keep warm with a mug of green tea, a slab of fiery gingerbread or some roasted almonds and admire the 19th-century wooden houses and art nouveau architecture for which the Latvian capital is famous. 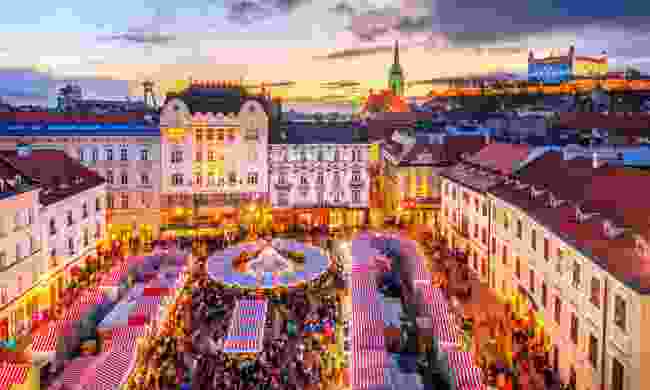 Folk dancers and musicians take to the stage in Bratislava's main square to celebrate a distinctly Slovakian Christmas. Browse among stalls offering traditional straw or metalwork decorations, and šúpolienky – charming figures in peasant dress, crafted from dried corn husks. A glass of Slovakian medovina (mead) is sure to keep your cheeks rosy. Save room for a plate of lokše – decadent potato pancakes fried in duck fat and filled with sheep’s cheese or sauerkraut – or for warm crepes sprinkled with sugar and poppy seeds.

Still more quaint and traditional is the market held in Levoča in Slovakia's north-eastern Spiš region. Look out for painted wooden toys and vánočka – a Christmas loaf filled with currents and spices. The town is famous for its beautifully preserved medieval architecture and for St James' Church, which features a magnificent wooden altar by the celebrated 16th-century craftsman Master Paul. Reaching nearly 19 metres, it's the tallest Gothic altar in the world. The town is also just a snowball's throw from Spišský hrad, central Europe's largest castle and a UNESCO World Heritage Site. Standing atop crags swathed in deep December snow, it makes for an imposing winter spectacle. 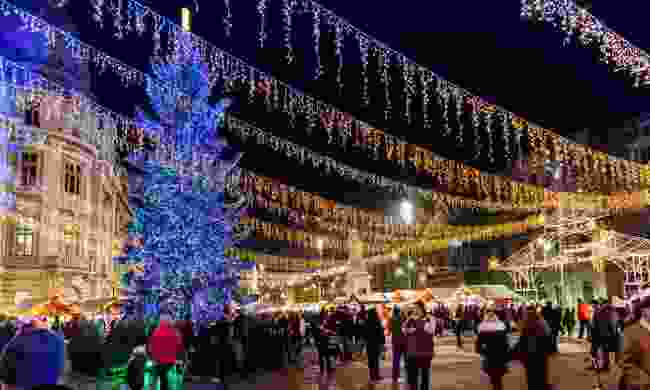 Christmas celebrations in Romania begin after St Andrew's Day (30 November), when Romanians ward off ghosts and marauding vampires with cloves of garlic. At the festive market in Bucharest, reindeer sleigh-rides and handicrafts, including masks, traditional Romanian costumes and musical instruments, count among the highlights. As does chec cu nucă – panettone laced with rum and studded with candied walnuts.

Plum brandy and gingerbread also feature prominently, but pride of place is reserved for the humble pig. Out of respect for a long-standing tradition, many Romanian families still slaughter a pig on Ignat Day (20 December) every year. Those with a penchant for nose-to-tail eating might wish to try the final dishes, which include caltaboș – sausages made using heart, liver and lung – and tobă – trotters and ears suspended in aspic, served in the animal's stomach.

Idyllic Sibiu, one of Transylvania's beautiful medieval towns, also holds a market and is well worth a visit. Here trout, smoked and wrapped in the boughs of a fir tree, is among the offerings, but the main attraction is the huge hand-carved lime-wood nativity scene, which shelters beneath the branches of the Christmas tree in the central square. 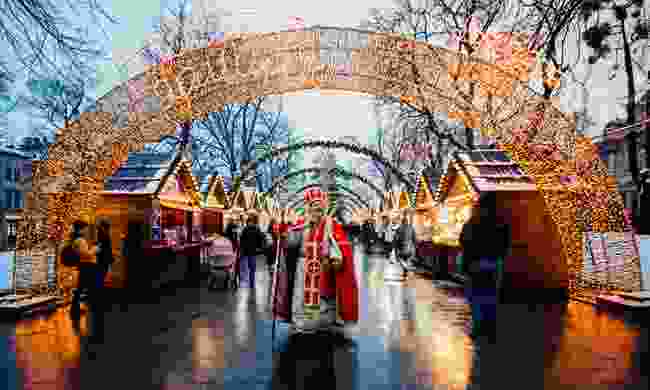 From early December, the streets of Lviv echo to the sounds of kolyada (Ukrainian Christmas songs) as carol singers wind their way between the garlanded wooden houses in the city's central square.

Enjoy a piece of medivnyk (spiced honey cake) or pumpushki (doughnuts) buried under a snowstorm of icing sugar and wait for the main event: the spectacular puppet shows for which the city is famous. Every year, on 23 of December, bibles stories are played out in front of the city hall using giant wooden puppets, some as tall as two metres, illuminated by fireworks displays, and smouldering braziers.

And if you're going soon, we think you'll find these useful: