10 car-free destinations you can visit around the world

The Mayor of London recently announced plans for the UK capital's first car-free day, which will take place on 22 September. Like the idea? These places are permanently car-free, and open to visitors... 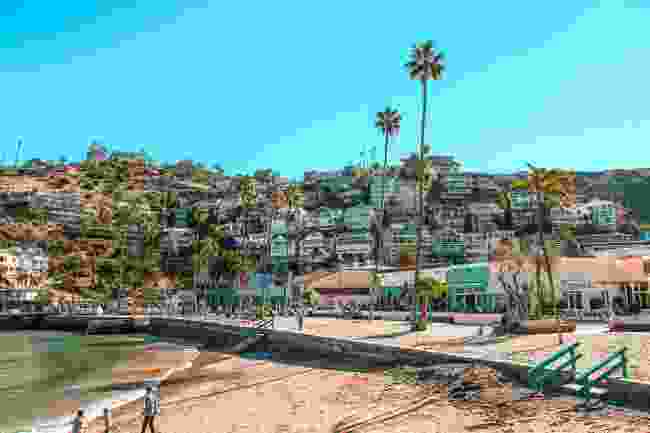 It's just that so few are allowed on the 194 sq km island that there's a 15-year-waiting list. Size restrictions - cars can't be more than 200 inches long and 80 inches wide - are also rather prohibitive.

The most popular transport for both visitors and residents is golf cart, which is why every property has a golf cart-sized driveway. A word of warning - look out for wild bison, which have the habit of dozing off in the middle of the island's roads. 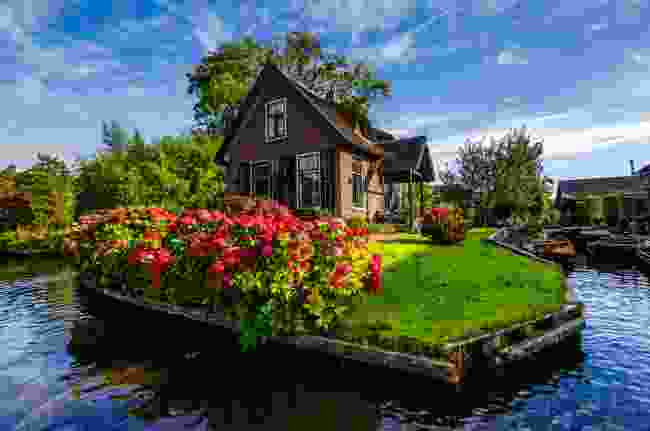 Get around Giethoorn in The Netherlands by boat (Shutterstock)

You'll find waterways, not roads, in the beautiful Dutch town of Giethoorn. It dates back to the 13th century, when enterprising monks came here and dug out the canals in order to transport peat.

Residents of Holland's so-called 'Venice of the North' rely on bikes, kayaks and canoes. Bridges criss-cross the canals, and are used as ice rinks by locals in the winter. 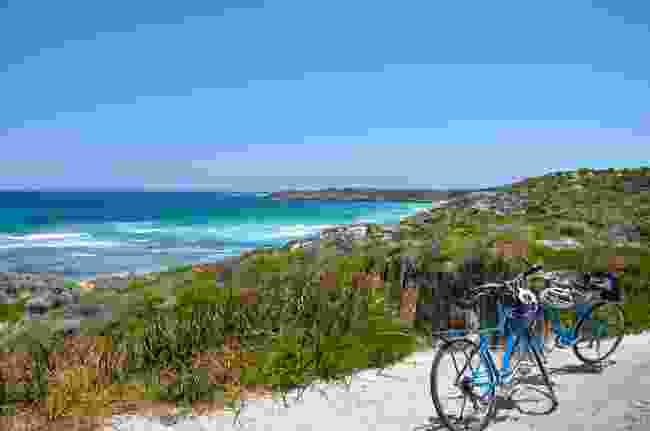 Rottnest is the largest cycle hire outlet in the Southern Hemisphere. There are 1,300 bikes to hire at the Rottnest Island Pedal & Flipper rental outfit.

And despite the lack of cars, there are still plenty of roads: smooth, well-maintained ribbons of tarmac allow cyclists to roll between the island's 63, coral reef-fringed beaches.

Many will probably know Rottnest best as the home of the adorable quokka. But during your visit, don't shy away from the island's dark past (it was used as a prison for Aboriginal men and boys). Free guided walking tours will provide insight. 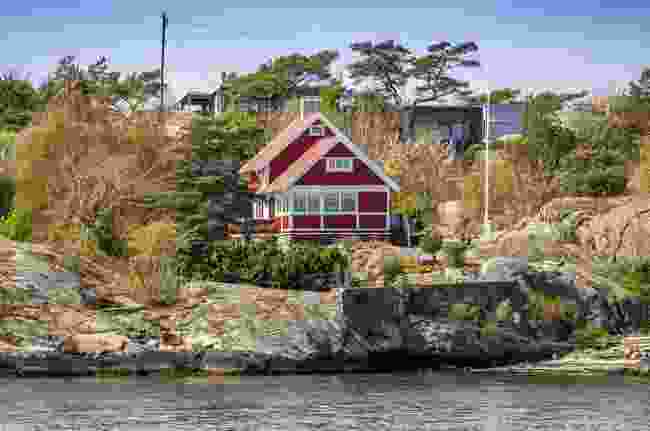 Brännö is located in the Gothenburg archipelago (Shutterstock)

Home to just 800 people, Brännö is a car-free island close to Gothenburg. It was put on the map by the late Lasse Dahlquist, a Swedish composer whose ballads were inspired by this wind and wave-bashed paradise.

Visiting Brännö feels like stepping back in time. Almost all of the houses are made from wood, and the main modes of transport are kayak and bike. It's a popular birdwatching spot (razorbills are especially common here) and amenities include a bakery, post office, cafe and a handful of restaurants.

If you can't bear to drag yourself away, book a night at the Brännö Varv Bed & Breakfast, with its maritime-themed decor and harbour views. 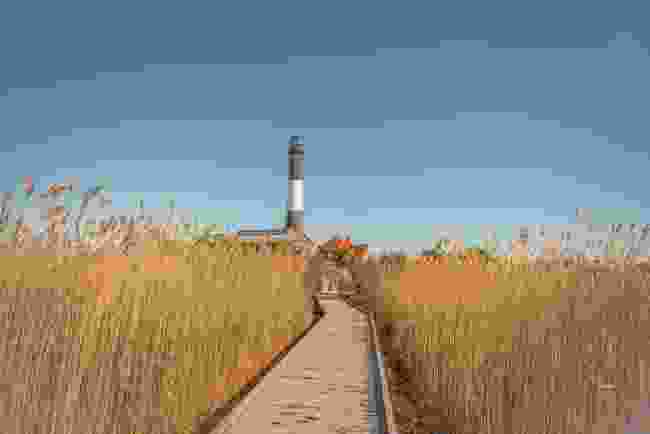 The path to the famous Fire Island Lighthouse (Shutterstock)

Fire Island is a forested, wildlife-filled paradise just a short ferry ride from Long Island. Bikes are the best way to get around the 15 hamlets and two villages on the island, but don't panic if you're not a keen cyclist - everything is completely flat.

Delivery companies transport goods using towable wagons, which are also used by residents (almost every house has one). There are several hotels, the largest of which is The Palms - a boutique property in lively Ocean Village, the island's largest community. 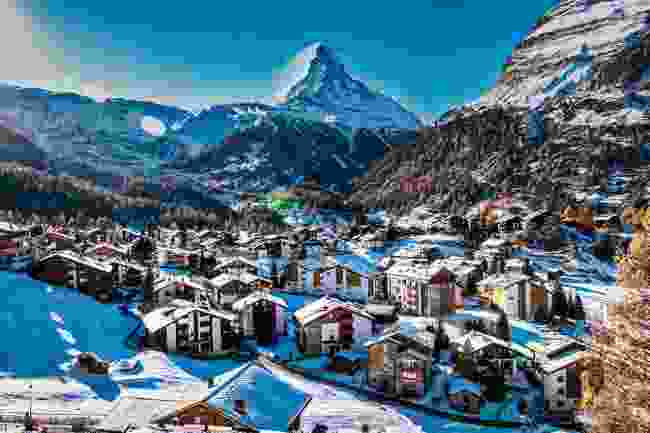 It's all about four legs (not four wheels) in Zermatt, a beautiful Swiss town in the shadow of the mighty Matterhorn. It's been car-free longer than any local can remember, and cars aren't allowed past Täsch, five kilometres from Zermatt.

An electric shuttle bus ferries visitors and residents from Täsch to Zermatt's centre, although horse-drawn carriages are the preferred mode of transport in the town's centre. 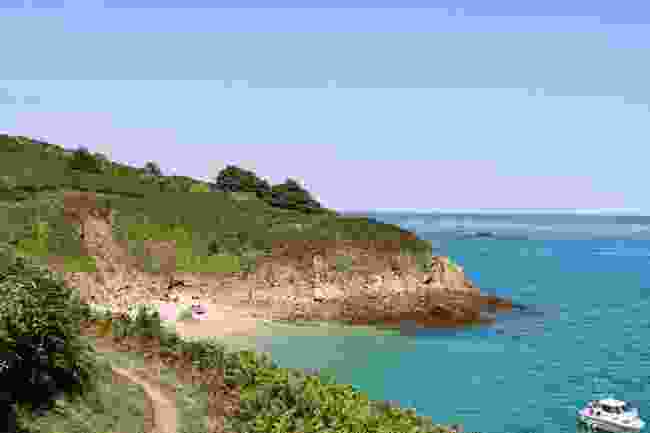 Belvoir Bay, on the island of Herm, United Kingdom (Shutterstock)

Quad bikes and tractors are the only vehicles you'll see on Herm, a Channel Island to the east of Guernsey. Then again, it's so small, you could walk the perimeter in a couple of hours.

Herm packs a lot in, despite its size: seriously breathtaking beaches (including Belvoir Bay, with its turquoise waters and golden sand), and several fantastic restaurants, including the White House Hotel's two-AA Rosette Conservatory restaurant, for the freshest fish in the Channel Islands. 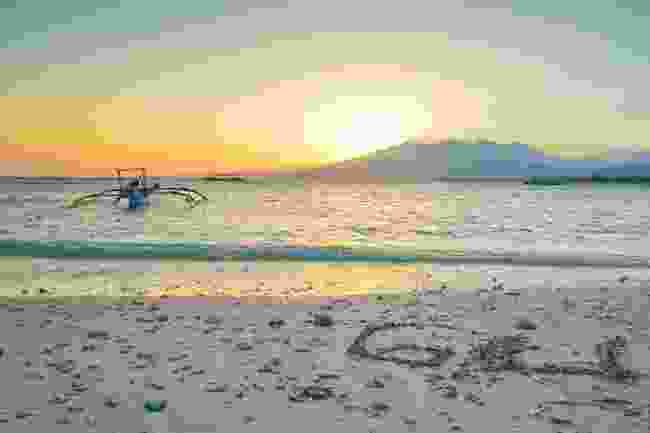 Horse and cart is the main mode of transport on car-free Gili Air. You'll see them everywhere, ferrying passengers to the island's pier, and dodging the beady-eyed iguanas scampering across the sandy tracks.

There are three Gili Islands, and all are car-free, although laidback Gili Air is our favourite for several reasons. Gili Trawangan is known for its raucous backpacker bars, and Gili Meno has turned into somewhat of a celebrity haunt in recent years, a transformation kick-started by villa-owner David Hasselhoff. 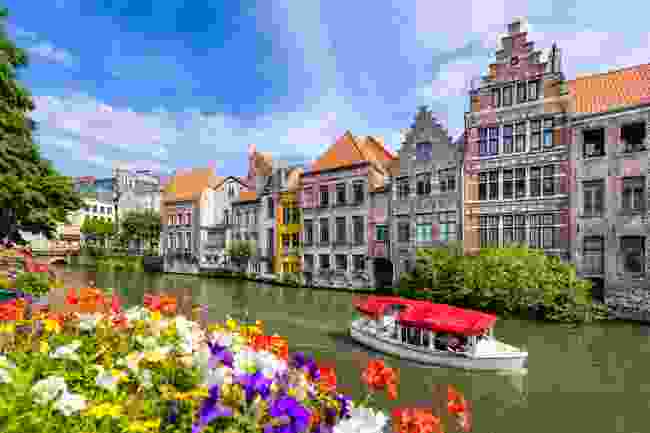 In 1997, Ghent's then-mayor Frank Beke announced plans to pedestrianise 35 hectares of the city centre - turning it into Europe's largest car-free zone outside Venice. Shortly after, a local shop-owner mailed him a bullet, concerned that the plan would turn the area into a ghost town.

It didn't. Far from it. Today, Ghent's car-free city centre is thriving, with playgrounds instead of parking lots and one of the best cycle lane networks in Europe. There are now weekly car-free Sundays, when the entire city is closed to traffic - an event being replicated in Brussels and Antwerp, too. 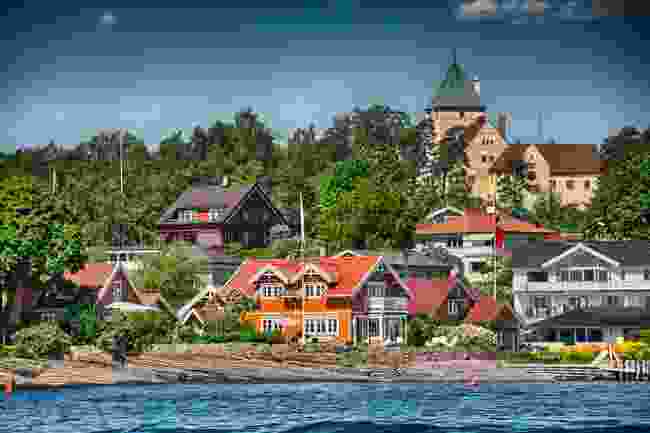 Finally, a look to the future. Oslo plans to become a carbon neutral city by 2030, an aspiration which involves the elimination of cars. The process to become a completely car-free city began in 2017, with the removal of 300 parking spaces (400 more were removed in 2018).

At the same time, a growing number of streets are being closed to traffic, while road tolls for drivers are being increased. Residents are encouraged to apply for grants for electric cargo bikes - a mode of transport now used by many delivery companies within the city.

14 epic trips for cyclists (of all levels)