Catch up on our Canada through the seasons event

Missed our Canada event? Catch up on the full recording, see the highlights and get the answers to your questions here...

Record numbers of you joined us live for our Canada through the seasons event and we were taken on quite the journey. From season to season and region to region, travel writer Phoebe Smith kicked things off with a jealousy-inducing tour of her personal highlights of journeying across Canada and seeing the country come alive during the different seasons. We were then joined by the specialists at Audley who were bursting with helpful travel advice and inspiration for Canada.

If you couldn’t make the event or had to leave early, then you can find everything you need right here, including a recording of the event, highlights from the evening and the answers to your questions…

Get an Audley Canada brochure

Can you hire gear when you’re there for winter sports?
It's worth investing in your own thermals but all the lodges and excursions will either have gear included with your stay or you can rent it and that’s something Audley can help with. If you were going to cities too, then it’s worth investing in warm clothing, but for the really specific gear you need for things like seeing polar bears and exploring the Yukon it's all rentable or already included.

Can you combine Alaska and British Columbia?
It depends on how you want to explore it. You can easily use British Columbia as a base and travel up to Alaska via cruise. Or if you want to avoid cruising then you can definitely combine the two on a self-drive trip.

What would you recommend for a solo traveller who doesn’t want to drive?
Exploring the eastern cities will definitely work really well because they are all completely connected by train. And in all of the other areas there are coach transfers or group tours that can take you between the main areas, then you can tailor the sections depending on what you want to do. Some of the more remote areas are better visited with a guide or pre-booked transfers. Audley can tailor the trip to your preferences. Take a look at this itinerary idea for exploring Boston and Eastern Canada by cruise and train. Here's how to see western Canada by train. And here are some ideas for train journeys in the Rockies.

Having said that, Canada is probably one of the safest places in the world to be a solo woman driver. Whether you’re in cities or remote places, everyone is so kind. Canada is also so well-signposted. Of course there is a joy in not driving and rail and boat are also amazing ways to travel, but you don’t need to be nervous about self-driving alone in Canada.

What is the cost of travel in Canada like?
I would say Canada is slightly cheaper than the UK, but there is a huge tipping culture so realistically it depends on where you want to eat and where you want to go.

What part of Canada would you recommend for a motorbike road trip?

There is a really great route from Nelson to Kaslo in the Kootenays which is pretty famous for motorcyclists.

Do you have any advice or itineraries for Vancouver Island or British Columbia?
Vancouver Island is absolutely beautiful. I would recommend Victoria, Tofino and Campbell River/the Comox Valley. Audley can tailor make a trip around your particular interest.

When in the best time to visit Canada for bear watching?
September is the best time of year for bear viewing, you can read more here. In Alberta and BC you will still have a good chance of seeing bears in July and August. It can get a little hot for the bears in July and August so they do tend to retreat to the mountains but they are still around.

Any other highlights around Niagara?
Niagara on the Lake is a picturesque, lovely town which offers a contrast to the touristic atmosphere of the falls. It's also the wine region!

Are black flies a problem in Canada?
It’s all about seasonality and knowing where to avoid. Avoid Algonquin and those sort of areas between June and July. You mostly find them around stagnant pools of water. If you’re on the west coast or in the mountains, you won’t suffer from black flies. They also do these nifty outfits in Canada that are T-shirts and shorts with bug-net sleeves. So if you’re really determined, you can actually still hike, stay cool and you don’t have to worry about being bitten. 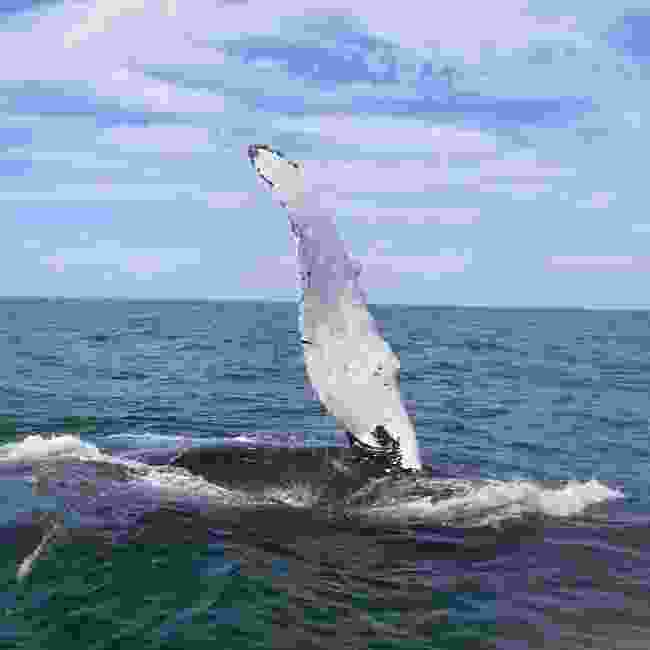 Thanks Audley Travel and Wanderlust for a great Travel Event - Canada on my Travel List!

Thanks that was a fantastic talk. Canada is my top place to visit after 25 years of being unable to travel.

Brilliant Presentation, thank you so much everyone!

Thank you for a great session tonight, really inspirational. Canada has definitely moved up my must go to list!

Thank you all so much, perfect guide to plan the best trip.

Canada has always been on my bucket list and has just climbed higher up it! Thank you everyone.

You have inspired me to see more of my own country!

Great presentation. Can't wait to be able to go there. Thank you. 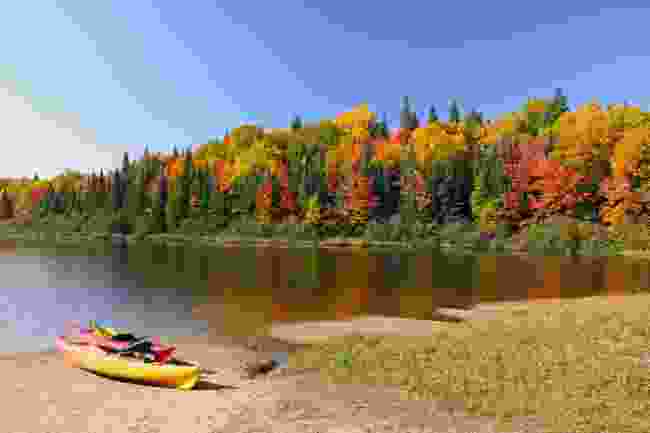 The east of Canada is fantastic during winter

The Audley specialists recommended a train journey through the Rockies during the colder months.

Winter is a great time to visit the Yukon as you'll be in with a chance of seeing the Northern Lights.

Lake Louisa in Alberta comes alive in the winter.

Enjoy snowy adventures in Quebec City during the winter.

Hikers should head to Newfoundland in the Spring.

Spring is the perfect time for being outdoors in Nova Scotia.

When better to explore the Sunshine Coast than in the summer months?

Autumn is the best season for bear watching. Knight Inlet Lodge make a great base for spotting grizzly bears, while Heading out to Churchill in Autumn will give you the chance to see polar bears gathered along the shoreline. Take a look at Audley's bear watching guide.  You can also seek out bears and other wildlife in the Kootenays. And why not head to Vancouver Island for some bear-watching?

Explore the national parks in Quebec in the autumn. 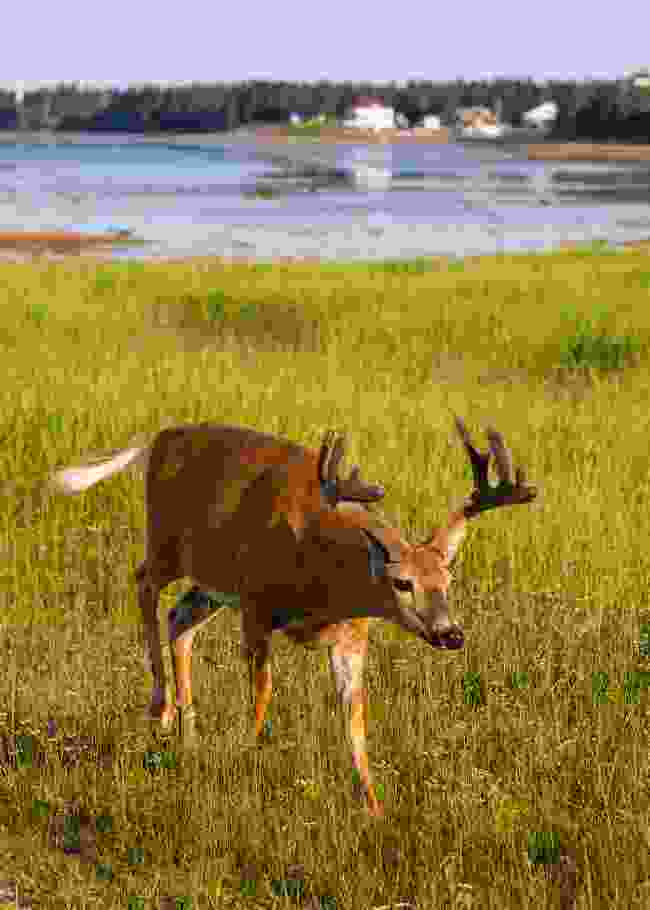 Lucy: My favourite place in Canada is a town called Revelstoke which is just outside the Rockies. It’s like what Jasper was 30 years ago before it got touristy. I absolutely love it there, it’s in the valley, it’s got wonderful breweries and distilleries, it’s just got that amazing Canadian charm and everyone who goes there just wants to live there. I asked a bar tender if I could have a job there!

Jamie: I would have to go back to the Maritimes, I have a bit of a soft spot for it, so I would probably say Ingonish which is a little beach town. I don’t think you can call it a town, it's very small! But it’s right in the middle of the Cape Breton Highlands National Park, so you’ll be able to do the Cabot Trail and there’s lovely beach-front cottages which are amazing in the summer season. It’s just great for hiking and I love the slower, quieter side of life that comes with that kind of area.

Phoebe: I’m going for a left-field one. I am choosing Anticosti Island in Quebec. Very few Canadians have even heard of it! It’s an island that was bought out by a chocolatier, a man who made his fortune making chocolates and he basically populated the island with animals to do hunting parties. It’s the one place in the world where deer drove out the bear because they ate everything! And now you can visit to go walking, to go camping, to stay in the lodges. But you can also see the whales going through there, you can see the deer, and no one knows about it!

A look inside the evening 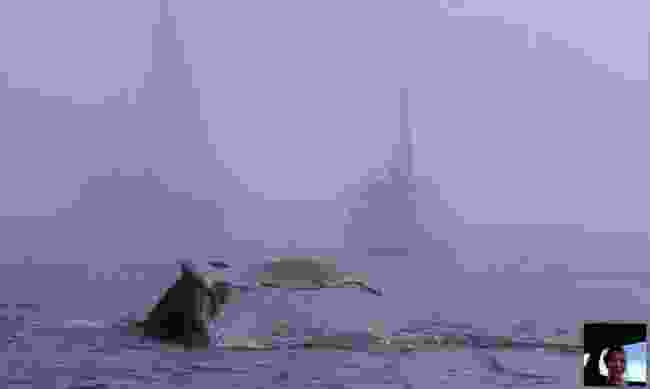 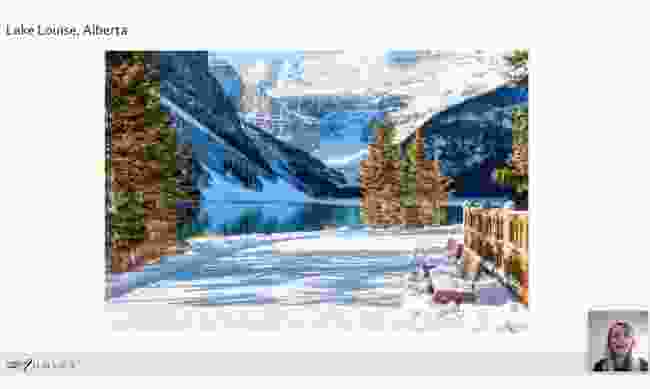 Lucy inspired us to visit Canada in the winter Jamie gave us some great travel ideas for Canada in Spring The evening ended with a brilliant Q&A

We’d like to say a big thank you to Phoebe Smith and to Audley Travel for all of their support and expertise.