Call of the wild: walking with elephants in Thailand

At one of Thailand's key wildlife conservation centres, Diana Edelman walks and bathes with a family of six-tonne elephants – an exhilarating, life-changing experience

I was surrounded by thick, leathery grey legs, all of them covered with wet chocolate-coloured dirt. Everywhere I turned, I came nose to trunk with six-tonne elephants – exhilarating, but rather unnerving.

I looked over to Lek, the founder of Elephant Nature Park, with my eyebrows raised. “It’s OK, it’s OK,” Lek assured Pam and I as we tried to shrink away from the animals around us. “We are a part of the herd right now. They won’t hurt us.” When we enrolled as volunteers, we were told we weren't supposed to be in the path of these giants, yet here I was. Not only keeping step with them, but flanked by them.

We were volunteering at Elephant Nature Park, living alongside the elephants – and this afternoon was special. Lek had invited Pam and I to walk with her through the elephants' habitat, shadowing her as she made her afternoon rounds with the main elephant families. Two babies, loads of aunties, nanas and mums. 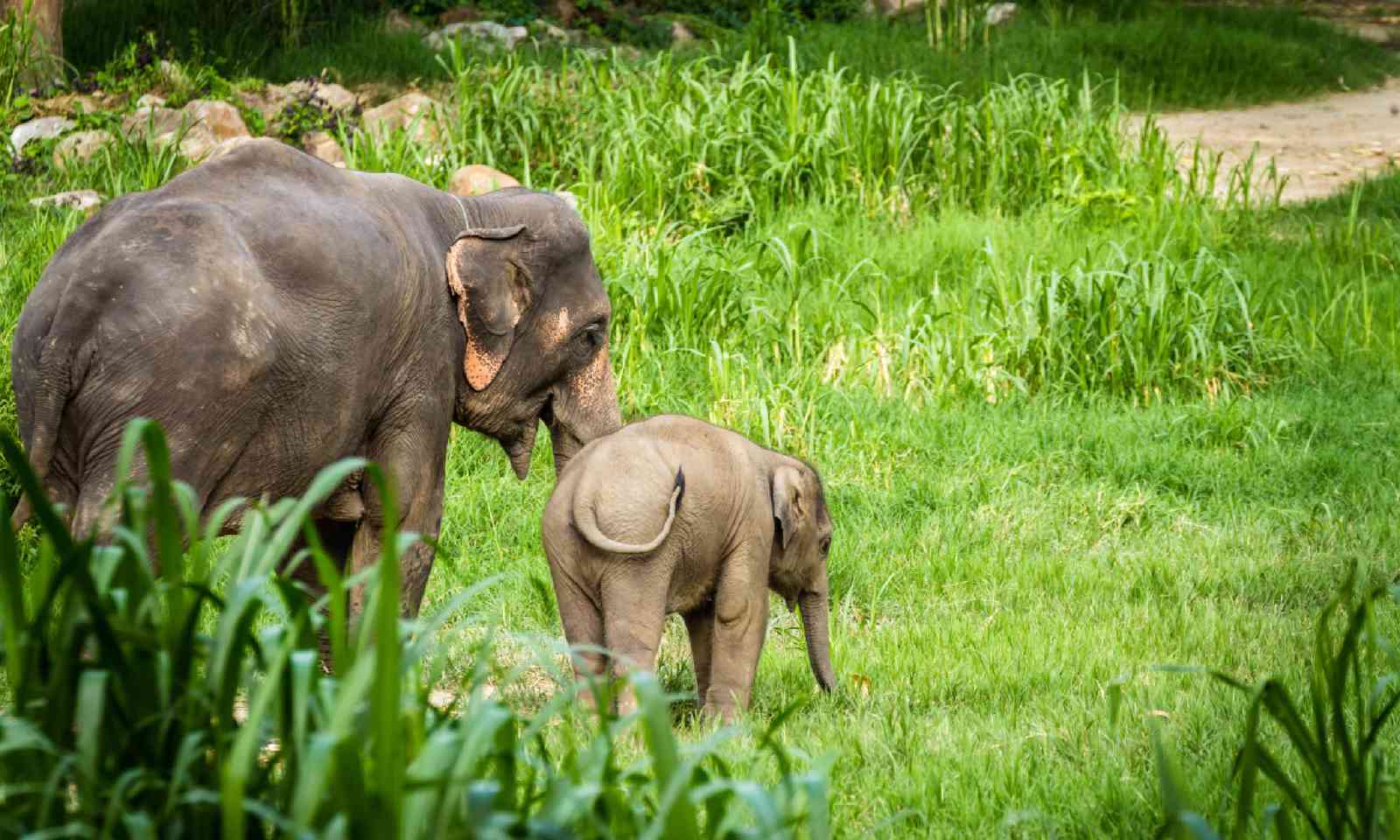 “Do you want to come with me on my walk?” Lek had asked Pam and I in the volunteers' centre. The two of us had hung back after a presentation, chatting about ways to help educate visitors to Thailand about the plight of these magnificent creatures. It was an offer we couldn't refuse.

As we began our journey into the elephant’s habitat, we were trailed by about ten dogs who are like Lek’s shadows. These adopted dogs love Lek as much as the elephants love her, and I followed after Lek the same way they do – hanging at her heels. My heart was full of admiration for a woman who has devoted her life to protecting Thailand's elephants.

The three of us ventured out into the elephant’s habitat – a grassy field with thick brown puddles from the rainy season. We quietly strolled up to the group, watching them snack on fruit that a mahout had shaken down from a tree. None of the elephants are related, except for a few mothers and children, but an entire make-shift family has blossomed. 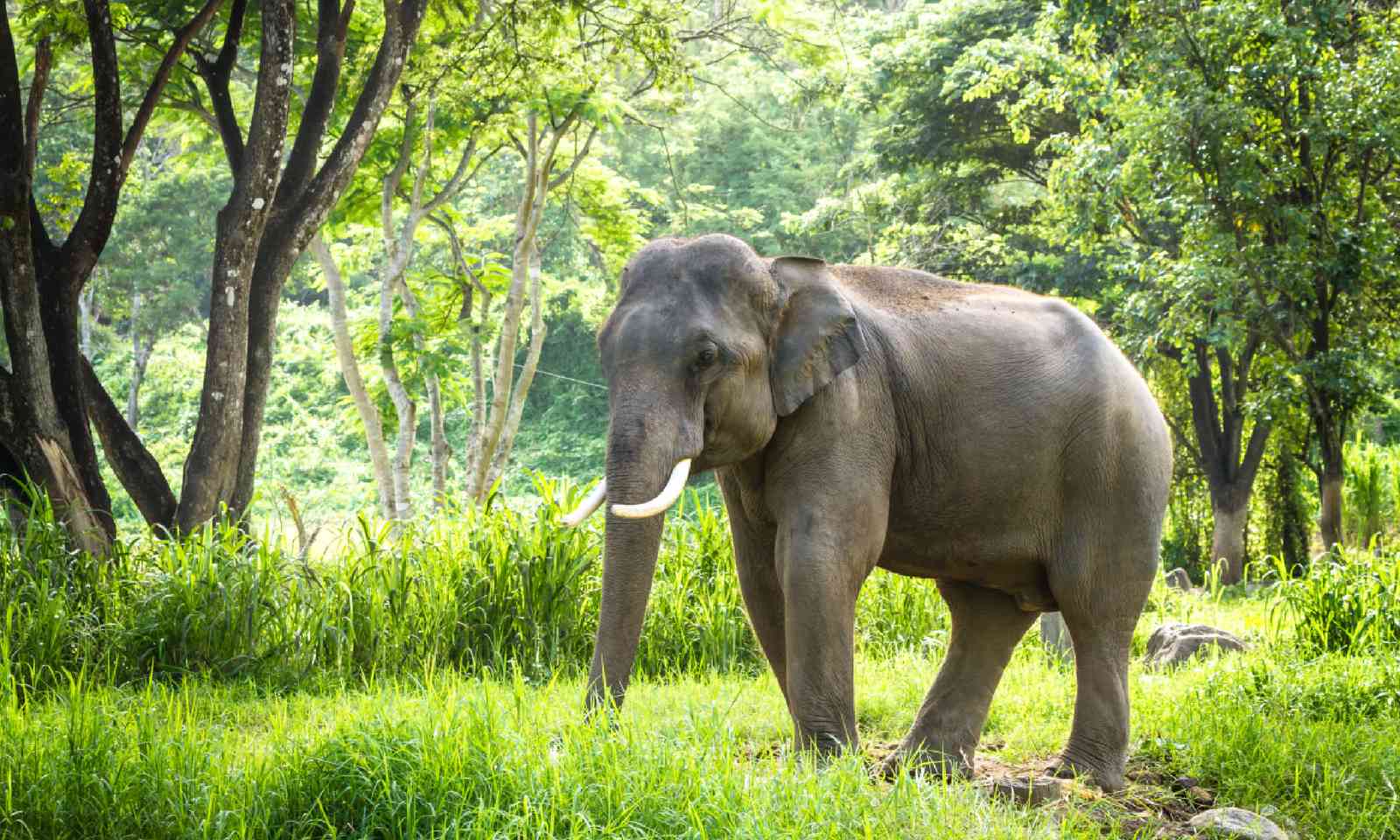 Pam and I stood back at first, unsure of what to do or how to behave. But Lek produced a bag of bread, and suddenly, we were surrounded. Trunks came from every angle as they grappled for a piece of the fluffy snack. Lek delivered the pieces to them, talking to the elephants softly and scratching their speckled trunks one-at-a-time.

Suddenly, we heard a cry from a mahout. One of the baby elephants was tangled in a green hose, as if she has taken it and spun in a circle, lacing it around her legs. She waddled around in it for a moment, playing, before triumphantly pulling the hose away from the tap with her trunk. The mahout had to quietly sneak in and unwrap her pudgy legs.

At bath time, the family trundled down to the banks of the rushing brown river. Lek, Pam and I stood back as they launched into the water. Some of the elephants waded out and just stood in the river, letting it rush over them. Others seemed more ready to play, plunging under the water and letting the current carry them down stream.

A mother and baby came out of the water, headed straight for us. Pam and I darted out of their path as they rumbled past. “Where are they going?” I asked Lek.

As we turned to follow, their destination was obvious. The huge dirt hill a few feet away, where a group of volunteers had been digging and filling sand bags to make a comfy bed for a sick elephant. 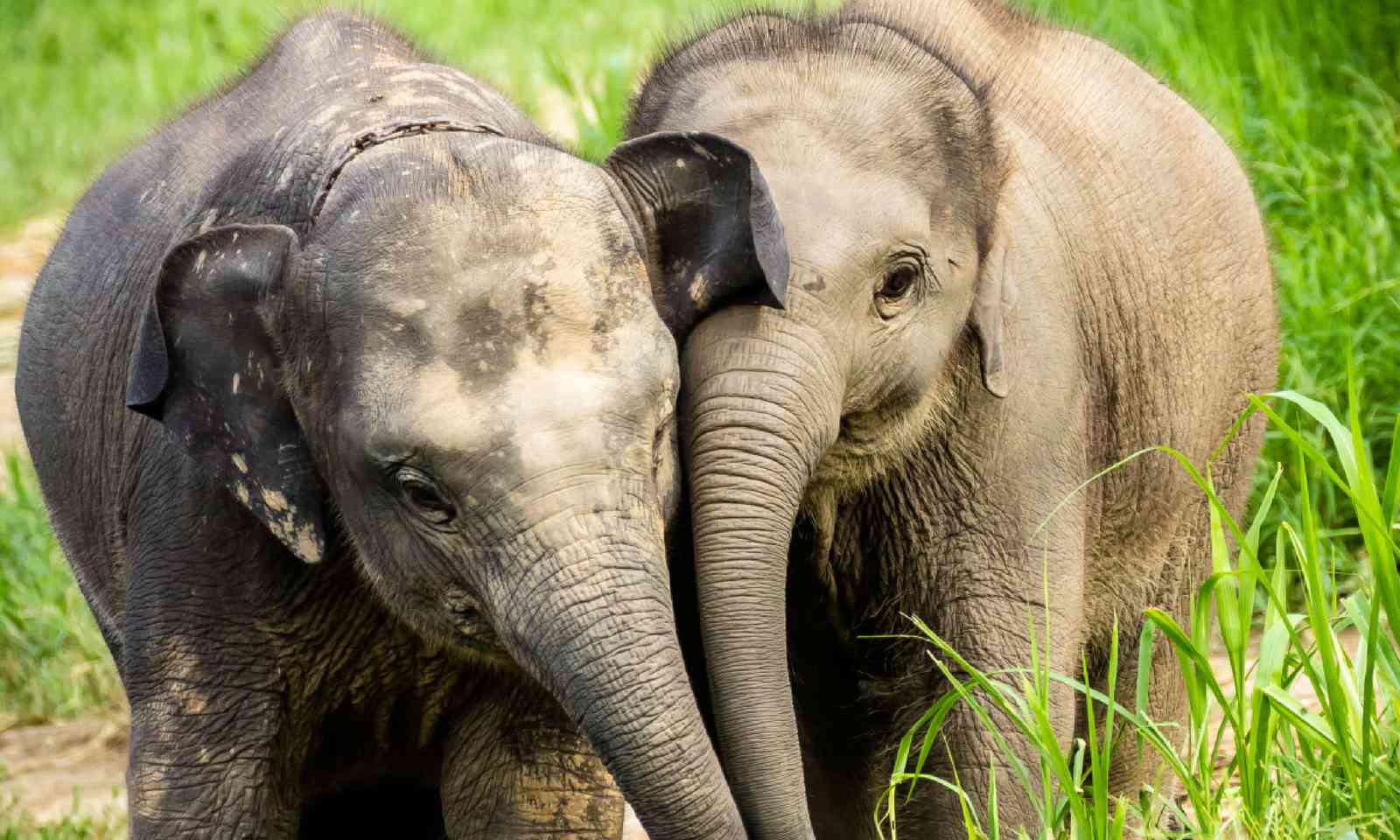 The baby walked up to the truck piled with high rust-coloured dirt, grabbed a trunkful and flung it over her head. Within minutes, the rest of the elephants had joined in – and all were once again covered in dirt. They were lying in the pile, rolling in it like dogs. Then they heaved their bodies up to scratch against posts and logs, satisfying pesky itches as they slid back-and-forth. It was one of the most charming displays of animal happiness I have ever encountered.

As we made our way back to the centre, Lek stopped to greet Medo – a rescue elephant in her twenties. She was brought to Elephant Nature Park after breaking her ankle in an illegal logging accident. The bone had been unable to set, leaving her ankle enlarged and irregularly shaped. It was shocking to see how she walks with a painful gait, but Medo is well cared-for at the centre – just like all of her rescued companions.

When we finished our walk, I returned to my room, speechless, breathless, and bursting with stories from our adventure. Elephant Nature Park has been life-changing for so many elephants – and it changed my life too.

Have you encountered a wonderful Thailand charity, animal welfare group or volunteering experience like Elephant Nature Park? Nominate them in the Thailand Green Excellence Awards for your chance to make a difference to eco-friendly tourism in Thailand. And to say thankyou, we'll enter you into a draw to win a GoPro camera.