Budapest’s 'ruin bars' – quirky pubs and clubs that have taken over the city's abandoned spaces – shouldn't be missed. Here are four of the best to start you off...

The original, most popular, and (some say) the best, Szimpla is a huge maze of mismatched furniture and random items strewn about in the bohemian rooms and open courtyard. A hollowed-out Trabant turns out to be a couch. A bathtub spliced in half also reveals itself to be a seating arrangement. There isn’t much here that isn’t disguised seating space waiting to come to life – but you have to arrive early to snap up the best spots. 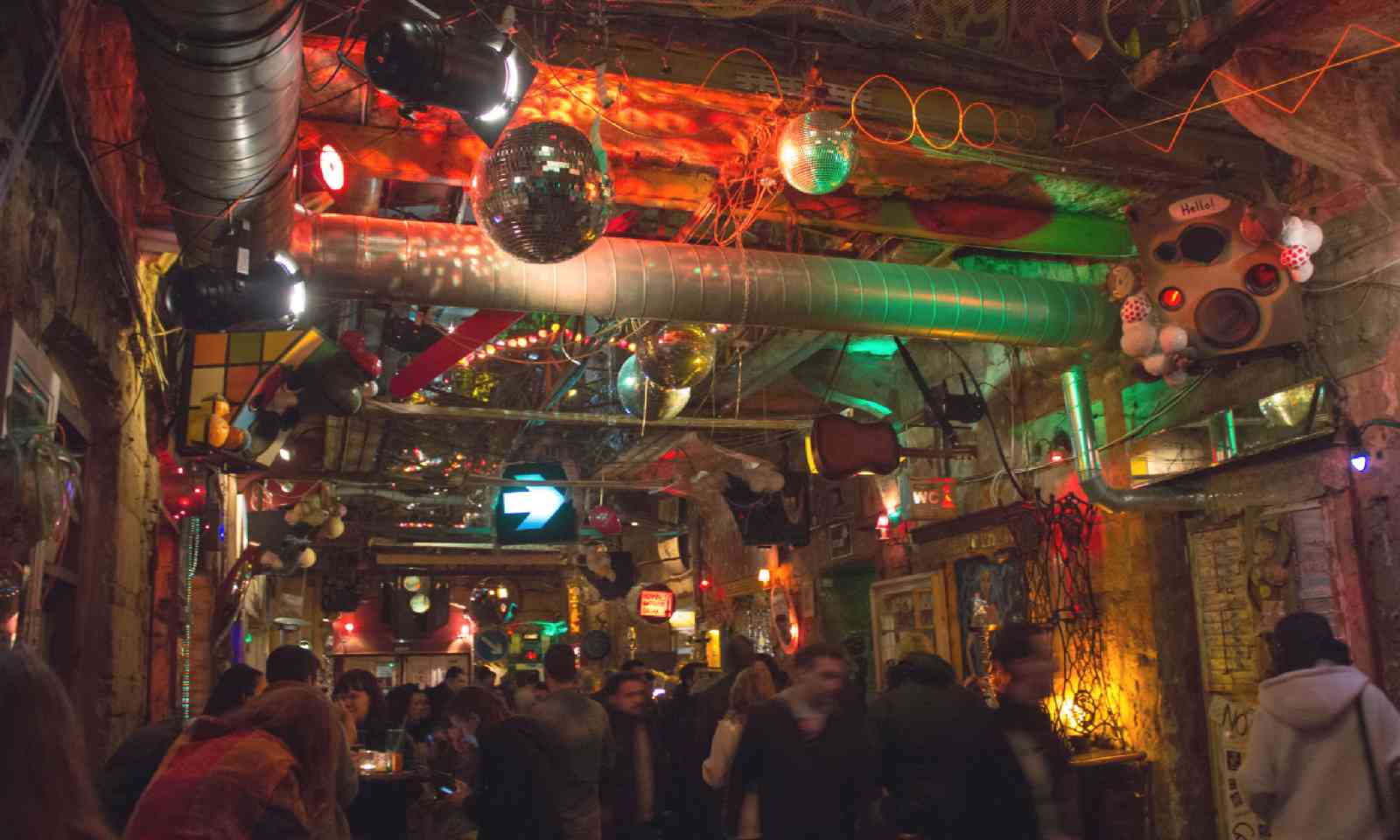 After opening in 2001, moving around, settling in 2004, inviting decoration by contemporary artists and wooing the locals with its second-hand style, Szimpla has set the scene for Budapest’s night owls. It is a great place to meet locals, fellow travellers, or just appreciate the relaxed atmosphere.

Lokál is slightly smaller than some of its fellows, and also slightly quieter, being more of a locals' pub than Instant or Szimpla – the bar staff will be a lot friendlier and chattier if you at least attempt a köszönöm (thank you) in Hungarian. There's an incredibly mixed crowd, from ageing locals who have lived through a communist Hungary to wide-eyed young backpackers.

If Szimpla is the grandparent of ruin bars, Instant (+36-1-311-0704) is the younger, buzzing relative. Decorated with disco balls and hordes of rabbits dashing across the ceiling, it's devoted to displaying Budapest’s music scene, and it also makes for a surreal but quiet afternoon drinking spot to escape the crowds. 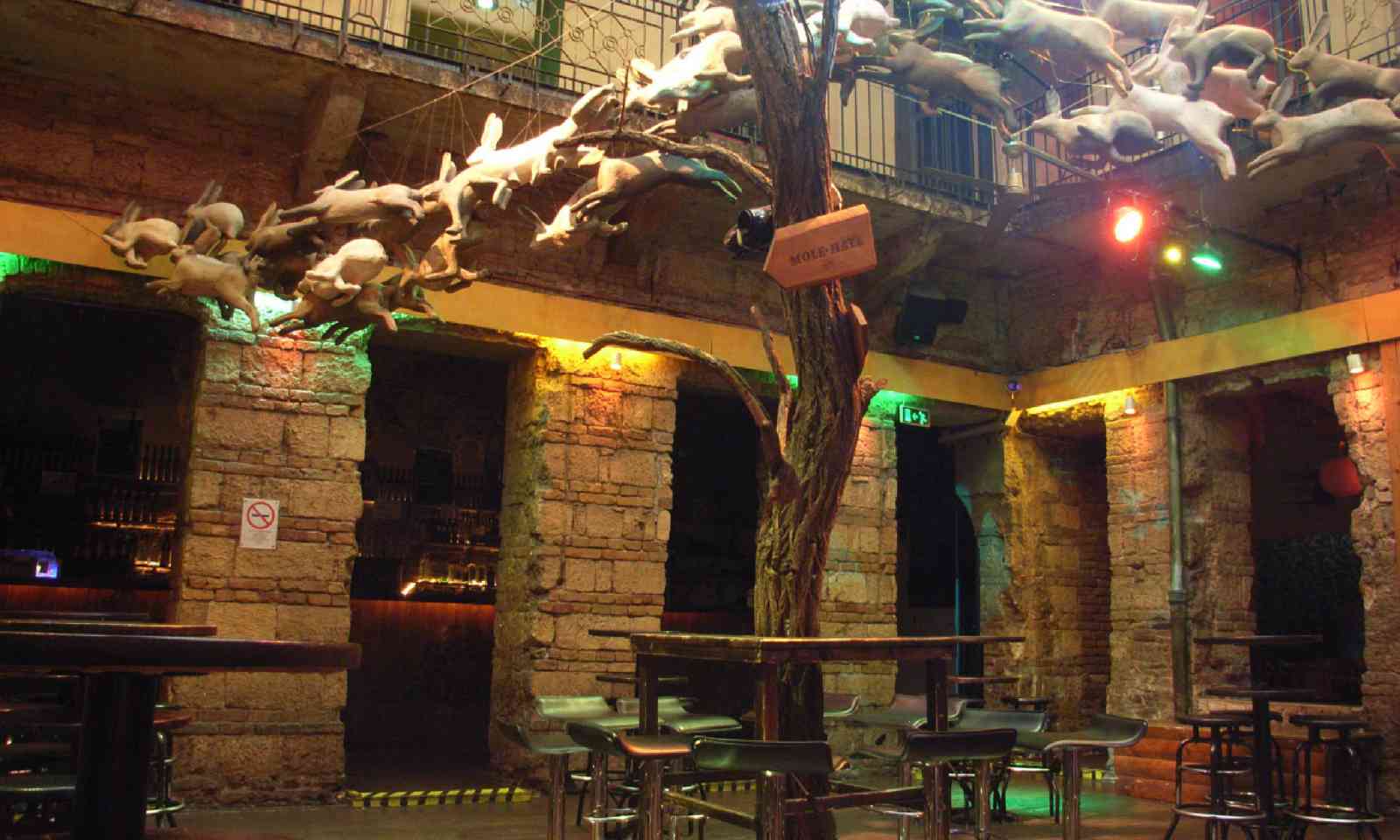 Unlike some ruin bars that start with a courtyard and occupy selections of the buildings sandwiching them, Instant takes up a whole building to itself – and with its maze of back rooms, it’s easy to get lost here.

Bright primary colours light up the courtyard of Fogasház, which is a lovely spot for wiling away the evening. This is one of the quieter ruin bars in the city – both in volume of crowds and music. Fogasház has a relaxed vibe, with small tables allowing intimate conversation, and bicycles adopted to decorate the walls.