Bruce Parry: "Travel is the greatest learning we can have"

We talk tribes and Tawai with explorer Bruce Parry after his latest film project across India, Borneo and the Amazon. Find out the importance of indigenous people and how merging solutions can help society

It has been a while since we saw you on our television screens and you've been busy with this but what else have you been up to?

Just this. This has been my entire existence and nothing else!

What are you trying to tell people in this film?

It's a continuum of my previous work, a deeper look and perspective and the lessons I was learning from my travels. The different ways of being that we can learn from indigenous peoples and the complications from the ways we have chosen to live in our society and how we can merge the two to find a solution going forwards. 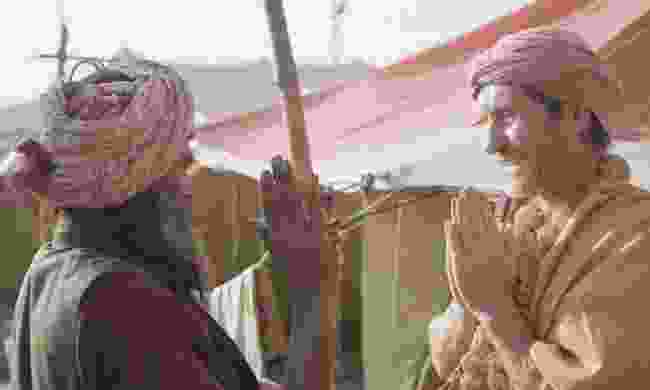 “We can learn from indigenous peoples and the complications from the ways we have chosen to live in our society... we can merge the two to find a solution going forwards.”

Do you find a solution?

We found a few, actually. It doesn't mean they're necessarily easily taken up, but I think we definitely found some.

What does the name Tawai mean?

It's really hard to translate because it's something that we don't culturally acknowledge. It's used by the nomadic hunter-gatherers of Borneo to describe their inner feeling of connection to nature. Clearly there's lots of people who have these feelings in our society too but culturally we don't seem to acknowledge it in our language. For me, my understanding of how they describe it, it's a feeling of nostalgia, sentiment, a longing, love.

Going back for a minute, when Tribe came out it was such a resounding success. Are you still surprised that it was?

I kind of knew it would be. I didn't see my self as part of it but I just thought, how could someone not be fascinated by this? These people are extraordinary. 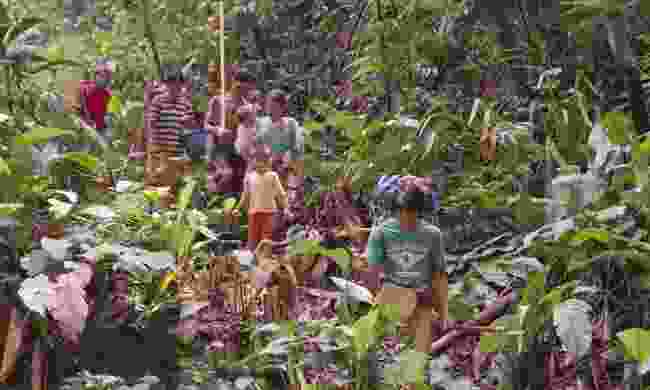 Walking through the jungle in Borneo (Munro Films)

There were headline-grabbing moments in the series, like tripping out of hallucinogenics. Do you think headlines were important to get people to watch it and convey other messages?

Of course. This was no secret. It was like, get them talking about being naked and jumping over cows so that when discussing that around the watercooler in the office, they would then say: 'Wasn't that really interesting?'. It was on the BBC at 9pm for an hour, so what you see isn't massively representative of my month. It's the highlights, but we all know that from television, so I don't think it was disrespectful to the people.

How do you think Tribe would do if it came out now?

I was lucky, as I always have been in life, being in the right place at the right time and a whole bunch of other things. I left the BBC slightly frustrated at not being able to say all of the things I wanted to say and now I look back at that time and realise how much I did say and how much further those things that I said, can go. 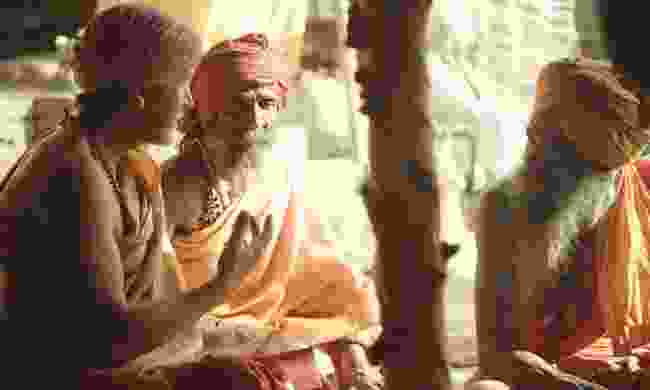 Were there any tribes other than Penan that you wanted to go back and see?

I have been back to see one or two, and also family members, not just tribes. You don't see it in the film, but I was crying my eyes out when I'm walking along that river on my way to meet them. I know when I visit these groups they adopt me and I really do become a friend and family to them and then when I leave I go back into my normal life. However, when I stop to pause and think about it for a second, there's a deep sense of longing and I know they have that much more than I. We're like the circus that comes to town and then it goes back to normal afterwards. So on my way in I was wondering if I am helping, am I part of the problem or the solution? What real tangible difference have I made to these people's lives? Not knowing was incredibly emotional

You re-visited India and the Penan tribe; are these the two main places you explored?

Yes, but we also go to the Amazon to live with a group called the Piraha, who are quite famous because of their language. They have no future and past tense - everything is about the present, that without any need for dance or ritual or drugs, they are literally feeling, they say, a connection through their hearts to voices or forces that guide them and that's how they live out their life.

A lot of our readers won't go back somewhere as they had such an amazing experience the first time, they want to preserve that. Was there a bit of that with you?

No, actually. The BBC have been very sweet and occasionally say we should go and do a revisit and of course, that would be very much of interest to me because it's all very well going over to visit a group and talking about the problems they've got but to go back and see the reality of the changes and how they've had to move because the whole valley has been flooded for a dam or how the loggers have all come through or how the kids have all gone to the city or how the government has persecuted them in some way. 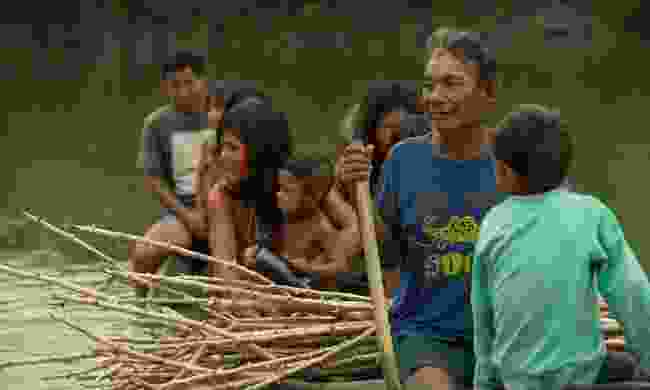 What sort of advice would you give our readers and how could they visit them in a responsible way?

I think travel and meeting people who have different ways of perceiving the world, whether it's the other side of your own city, or whether it's the other side of the world, is the greatest learning we can have. Travel is the most wonderful way to learn what's possible, provided you are truly engaging. That means living and being with people and not just visiting and looking down in some other ways. That's what I mean by travel.

You've also worked as an expedition leader. What qualities do you think make a good guide?

I definitely could. Whether I want to or not is another matter!

Tawai: A voice from the forest was released on 29 September 2017. Visit here to find out screening dates and locations.