Some rules are meant to be broken. In 1932 several hundred ramblers and Young Communist League members trespassed onto the moors of Kinder Scout to protest the fact that walkers in England and Wales were being denied access to areas of open countryside. They were confronted by gamekeepers employed by wealthy private landowner, the Duke of Devonshire. Five of the trespassers were imprisoned.

Situated at the southern end of the Pennine Hills, between Sheffield and Manchester, the Peak District National Park is one of the UK’s most popular areas, with 1,440 sq km of gritstone ridges, craggy peaks, farmland, moorland, lakes, rivers and dales, as well as traditional English villages.

For anyone who likes the great outdoors – not just hiking, but cycling, mountain-biking, rock-climbing and horse-riding – it’s hard to beat. And at the end of any day in the hills, there’s usually a great pub nearby with a real fire and hearty grub. Some of the Peak District’s food and drink exports have become famous, from the original Bakewell pudding (which inspired the Bakewell tart) to Buxton mineral water.

The Peak District’s dramatic landscapes and sometimes ‘moody’ weather has inspired many. Charlotte Brontë, who stayed at the vicarage in Hathersage while writing Jane Eyre, used the village as the novel’s setting while Jane Austen declared that there was ‘no finer county in England than Derbyshire’ in Pride & Prejudice; that book’s 2005 adaptation made fine use of local locations.

It’s not hard to find space free of film crews or other people, though. There are large expanses of wilderness and numerous walks, not least the Mass Trespass route, which allows hikers to follow in the original rebels’ footsteps. Get your boots on – it’s your civic duty. 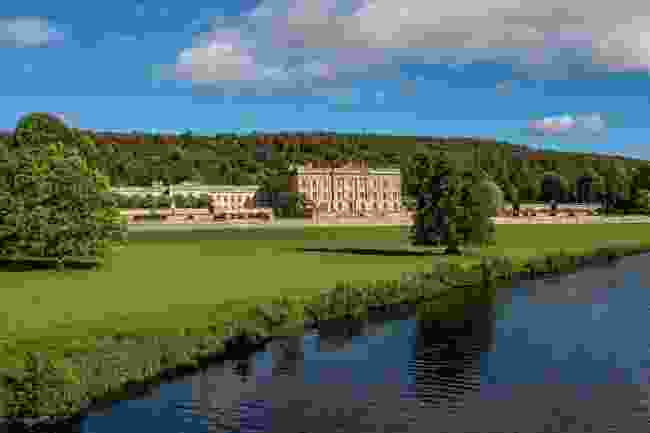 Get up early and hike along the gritstone ridge of Curbar Edge, which affords views from high above the villages of Curbar and Calver in the Derwent Valley. Then head to Chatsworth House, one of the country’s grandest stately homes and stuffed with treasures from ancient Egyptian artefacts to paintings by Lucian Freud. You could spend a day here, exploring the house and enormous gardens, with their cascading waterfalls, ponds, woodland and maze.

For lunch, head to The Devonshire Arms at Beeley, a cosy country pub (try the honey-glazed halloumi with harissa), or book a table at three AA Rosette-awarded The Gallery restaurant at The Cavendish Hotel for fine dining. Though save room for dessert in the market town of Bakewell.

Next, drive to the Upper Derwent Valley. Rent a bike from the hire centre at Fairholmes car park and cycle the 17km loop around Derwent Dam (as seen in The Dambusters) and Howden Reservoir. Finish by the fireside at The Scotsman’s Pack in Hathersage, which offers satisfying meals such as crab mac and cheese. 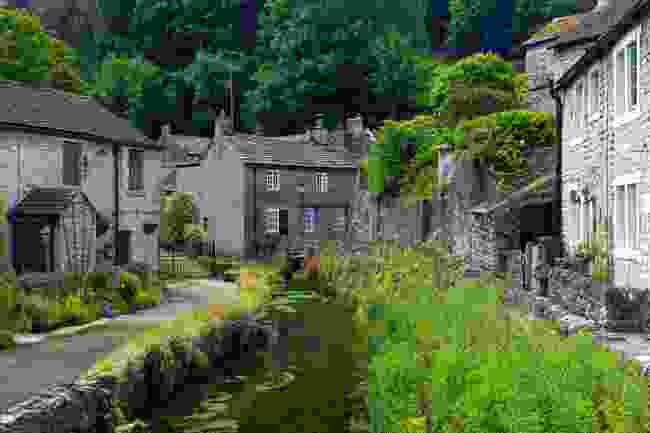 Park at Edale train station and walk the first section of 431km The Pennine Way. Ascend the Jacob’s Ladder path up to stone formations such as the Boxing Gloves – the effort’s well worth it, with views of Lose Hill and the Vale of Edale from 636m Kinder Scout. Alternatively, pay homage on the Mass Trespass walk from Bowden Bridge quarry, via Kinder Reservoir, up to the Kinder Scout plateau. For a less demanding walk, take the steep path from Hook’s Carr car park, outside Hathersage, up to Stanage Edge, for a stroll along England’s longest gritstone ridge.

Swap boots for smart shoes for lunch at Losehill House Hotel & Spa, an elegant country house with an excellent restaurant and views over Win Hill. Then change back, for an amble around Castleton village, a drive up Winnats Pass to Mam Tor and a hike along the Great Ridge for panoramic views of Castleton, the Hope Valley, Edale and Kinder Scout.

Eat dinner at the freshly revamped Buxton Crescent Hotel or drive out to The Royal Oak at Hurdlow, which serves generous pies and burgers by a roaring fire.

4 top things to do 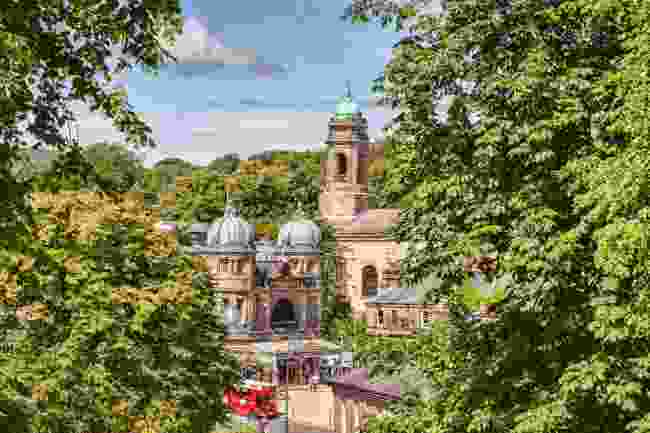 Explore Buxton Just outside the national park, Buxton is one of only two British spa towns built by the Romans (Bath’s the other). Explore the Grade II-listed Victorian buildings and parkland of Pavilion Gardens, head up the grassy bank of The Slopes and browse nearby shops, including all five floors of Scrivener’s Books.

Eat pudding A different beast to the tart, Bakewell pudding (which came first) is a gooey, strawberry-jammy, almond-y pastry pudding, with no icing, served with a pot of custard or cream. The Old Original Bakewell Pudding Shop is where the puddings were first commercially sold, having been invented by accident in the 1860s.

Go caving There are several show caves around Castleton, including Peak Cavern, which boasts the largest cave entrance in Britain. Nearby Treak Cliff Cavern, with its narrow tunnels, stalactites and stalagmites, is the only place in the world where Blue John Stone is found.

Visit the region’s villages, such as Tissington, to the south of the national park, home to Tissington Hall, stone cottages and the Edward & Vintage sweet shop. In Hartington, at the northern end of Dovedale, visit The Old Cheese Shop to pick up some creamy Hartington Stilton, Dovedale Blue and Peakland White. 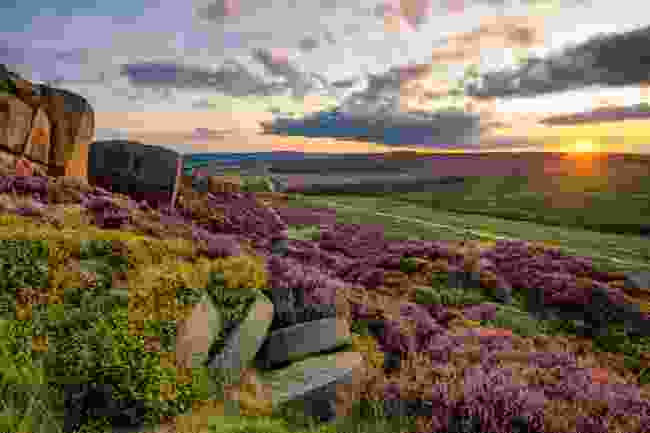 Getting there: Trains serve Edale, the best access point for Kinder Scout and the Hope Valley. There’s a regular bus service from Sheffield to Castleton. The Hope Valley Explorer Bus is set to relaunch in summer 2021, serving Edale, Castleton, Bamford and Hope Valley. However, the easiest way to explore is by car.

Stay at: The grand Georgian Buxton Crescent Hotel & Thermal Spa has reopened after a £70 million renovation. Rooms are comfy and quiet, and the saunas, steam rooms, Victorian thermal pool and heated outdoor roof pool are all pleasant ways to sooth muscles after country walks. The Cavendish Hotel at Baslow is an elegant country house, and an ideal location for exploring nearby Chatsworth House, Curbar Edge and Bakewell.

Read more about the UK:

Hiking with fell ponies in the Lake District