Five thousand years of human history comes to life in this spectacular Scottish archipelago, as Robin McKelvie excavates a tangible past that underpins the compelling present

It was when the Atlantic surf starting drawing me down towards the village of Skara Brae that Orkney really started to sink in. From the visitor centre, I passed signs that marked more recent constructions – from the Pyramids to Stonehenge – transporting me back over 5,000 years.

The natural backdrop for this historical drama is the 70-plus islands sprinkled off the wild northern fringes of Scotland. Orkney is not barren as the Outer Hebrides can be; nor bog-laden like Shetland; it’s a green oasis where the locals have been doing very well, thank you, farming the rich pastures since time immemorial. When they talk of distant ‘southerners’ here, they mean me, a mainland Scot, who clearly isn’t as lucky as them. And Orcadians are demonstrably lucky: they keep coming out tops in UK lifestyle and contentment surveys to prove it.

Orkney is built on rock solid foundations in every way. This is a land of Viking warriors and Scottish monarchs, a battleground fought over for centuries, not least in both World Wars. The vast natural harbour of Scapa Flow saw both one of the Royal Navy’s darkest days – the sinking of HMS Royal Oak in 1939 – and the scuttling of 52 captured German ships in 1919. But it is Orkney’s pre-history that is most beguiling: a quartet of Unesco-listed sites, among a litany of others, many protected by Historic Scotland. There is even a rare, privately run prehistoric gem, the Tomb of the Eagles.

Visitors usually spend most of their time on Orkney’s mainland, home to the hub towns of Stromness and capital Kirkwall. But while it’s a wrench to move on – with all that history, scuba diving, hiking, birdwatching and rugged coast – a flotilla of subsidised local ferries, causeways and wee aircraft spirit you off to isles that make the Orcadian mainland seem like Manhattan.

Papa Westray tempts with two remarkable prehistoric sites (including ‘mini Skara Brae’ the Knap of Howar); Sanday with its, well, sandy beaches; and hilly Hoy with Dwarfie Stane, reckoned to be the only prehistoric rock-cut chambered tomb in the UK. Because in the Orkney archipelago, history isn't trapped behind museum glass; instead it bursts into spirit-soaring life right in front of you. 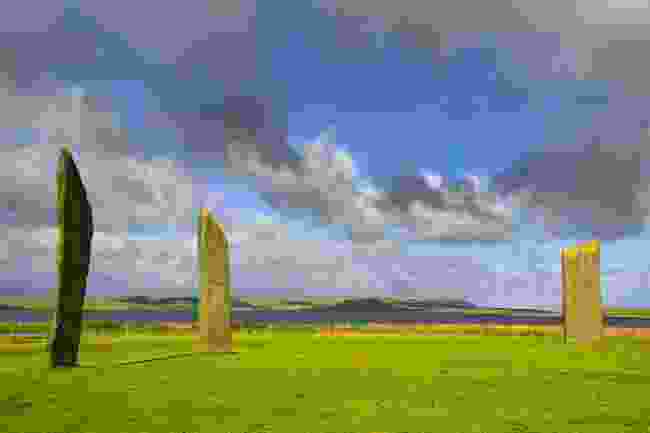 Today you’re delving deep back over 5,000 years exploring the Unesco World Heritage-listed ‘Heart of Neolithic Orkney’ (historicenvironment.scot), all within 5km of each other. At Skara Brae, wander above this beachfront village peering into the lives of our ancestors. Heading south-east, next is the Ring of Brodgar, the only major henge in the UK that forms an almost perfect circle.

Next door the Ness of Brodgar tempts, where excavations are very much ongoing at what BBC TV presenter Neil Oliver calls the “The most significant archaeological discovery of my lifetime.” It is thought the site may have been at the heart of the UK’s largest Neolithic community. A little further east are the Stones of Stenness, said to be part of the UK’s oldest henge. Four of the original stone circle elements still vault over 5m.

Then turn north at Maeshowe (book in advance). A guide ekes you down a narrow passage into this burial cairn, scarred with graffiti by fairly recent visitors – the Vikings! Come on winter solstice to see (weather permitting) a shaft of sunlight surge to illuminate the dark depths. 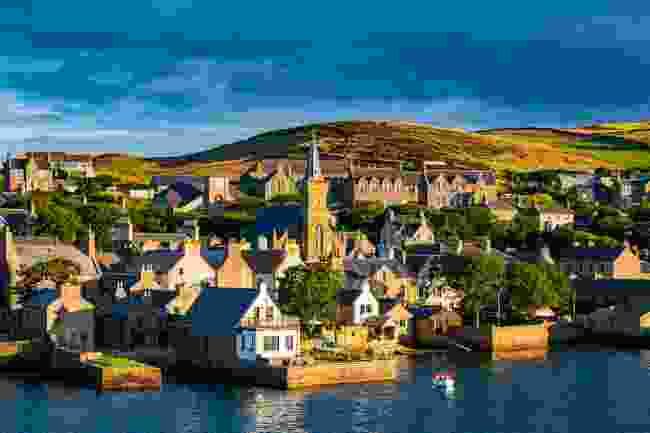 This is your ‘non-prehistoric day’. Cut to the heart of Orkney’s remarkable First and Second World War history (Scapa Flow played a pivotal role in both) at the Italian Chapel. This old Nissen Hut was refashioned by Italian POWs in the 1940s using junkyard scraps into a Renaissance chapel that touches the hearts of every visitor, no matter your beliefs.

Push south across the Churchill Barriers (causeways built between the islands by those same prisoners) taking in the views, beaches – such as the one next to the third barrier – and wrecks of blockships. There are Second World War gun emplacements to ramble around and eventually the Scottish mainland looms into view to the south.

Head back to explore either the artist-sprinkled wee town of Stromness, or the island capital: Kirkwall offers the vaulting St Magnus Cathedral, a window into the Viking and Pictish influences that have shaped Orkney today. Well-stocked souvenir and tastefully curated craft shops tempt, as well as what is reputed to be the world’s smallest gin bar.

4 top things to do 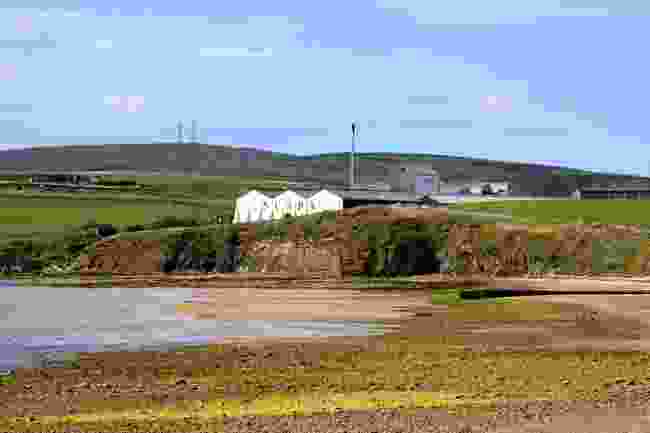 Drink a dram Orkney sports two whisky distilleries – Highland Park and Scapa. The former in Kirkwall is the most visitor-friendly, so take a tour and find there is indeed a whisky for you. Orkney also produces superb gin and beer (highlandparkwhisky.com).

Go for a stroll Walk around the postcard pretty stone streets of historic Stromness with local Erland Cooper in your ears as big skies and Scapa Flow views swirl all around. Linger in wee shops and the Pier Arts Centre, an art gallery and cultural hub that showcases the prodigious talents of the local artistic community (pierartscentre.com).

Take off and land … In around 90 seconds on the world’s shortest scheduled flight from Papa Westray to Westray. The total distance is shorter than either of Heathrow’s runways. Savour the scenic three-flight hop from Kirkwall, via these twin islands, and you’ll still be back in the capital in half an hour (loganair.co.uk).

Hike on Hoy Churlish visitors could bemoan Orkney’s flatness, but Hoy awaits across Scapa Flow. Hiking and history are the main charms. The most famous route is out to view the Old Man of Hoy, a striking sea stack that remained unconquered by man until 1966. 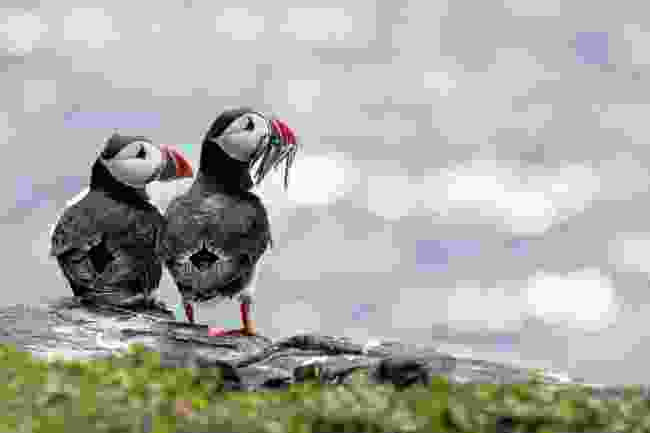 Getting there: You can fly from Edinburgh and Glasgow to Kirkwall with Loganair (loganair.co.uk). The longest ferry trips are to Kirkwall from Aberdeen or Shetland with NorthLink (northlinkferries.co.uk), which also offer a shorter sailing from Scrabster to Stromness. The latter’s the most scenic arrival, with Orkney unfolding as you round the Old Man of Hoy. The shortest option is from Gills Bay with Pentland Ferries (pentlandferries.co.uk) which sails to St Margaret’s Hope.

Stay at: Set just to the south of Kirkwall, The Foveran sits atop a bluff, offering views out over Scapa Flow. It styles itself as a ‘restaurant with rooms’, so don’t miss chef/owner Paul Doull’s delicious modern Scottish cooking. Kirkwall Bay scallops and lobster star, alongside world-class Orkney beef (thefoveran.com).

Orkney vs Shetland: Which Scottish archipelago should you visit?

The ultimate Wanderlust guide to the Scottish Highlands