Visitors have been flocking to the Kent coast since the early 1700s, recognising the health benefits of bathing in sea water. Margate led the way, introducing mobile bathing machines with modesty hoods in 1753 – a canvas canopy attached to a horse and cart that let bathers discreetly immerse themselves in the water without anyone judging whether or not they were ‘beach ready’.

Lockdown has encouraged UK travellers to reconsider the classic coastal resorts, which partly explains why I found myself on Kent’s north-eastern corner. As I walked between Margate, Broadstairs and Ramsgate, a four-hour, 11km route that’s part of the longer Viking Coastal Trail, I could chart how the area had pivoted from key maritime port to the 18th Century Londoner’s seaside getaway of choice.

Starting at the tidal pool on Margate Beach, I passed the town’s 1889 clock tower. Low tide had exposed rockpools in front of the Turner Contemporary gallery and I was mesmerised by an oscillating jelly fish. The beachside promenade stretches all the way to Foreness Point, from where it transforms into a clifftop track. The path’s dotted with attractions, from chalk stacks in Botany Bay and the ruins of Neptune’s Tower to a sea arch in Kingsgate Bay, which was named after King Charles II landed on the beach in 1683.

From the clifftop, I had a perfect view of a fort that wasn’t labelled on Google maps: Kingsgate Castle was built for a lord in the 1760s and turned into private apartments in the 1990s. At low tide, you can rejoin a promenade that wriggles around to Joss Bay, where you can see caves once used by smugglers. Alternatively, you can cut inland to see North Foreland lighthouse, then return to the beach at Stone Bay, which is lined with huts as colourful as a row of pick-and-mix sweet jars.

After a short jaunt to Viking Bay in Broadstairs, I picked blackberries along the cliffs on the way to Dumpton Gap. From there, it was a quick skip to Ramsgate’s Blue Flag beach, where I had a dip in the sea. No modesty hood required. 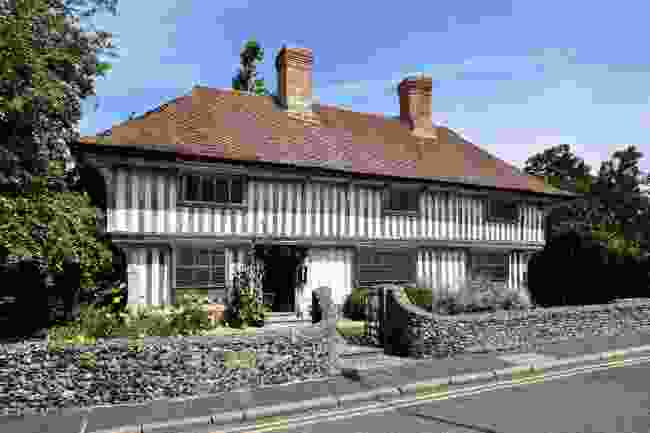 If Dreamland’s rides and roller disco aren’t your scene, then stick to Margate Beach. The beach is crowned by the Turner Contemporary [free entry], which opened in 2011.

Next, explore the Old Town, a tangle of streets that feels like Soho-on-Sea. It’s lined with tearooms, vegan cafes and boutiques stuffed with antiques, vintage clothes and neon signs.

After lunch at The Greedy Cow, tour Tudor House nearby, which was built in 1525. The house is en route to The Shell Grotto, a 21m-long tunnel embossed with 4.6 million shells. Discovered in 1838, the passage is Grade I-listed – but its origin purpose and creator remain a mystery. For dinner, share seafood tapas such as blow-torched crab tart at Buoy and Oyster. 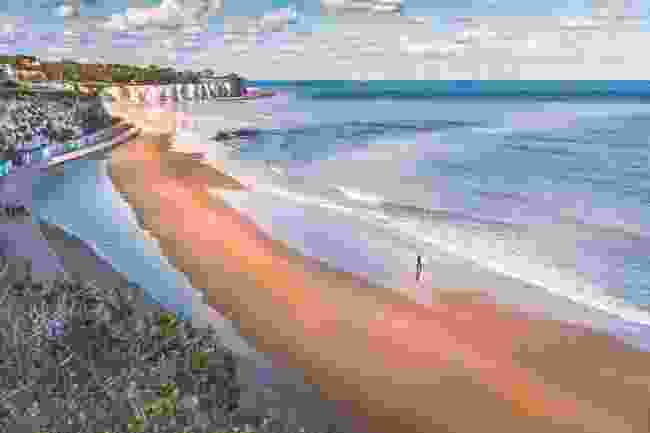 Broadstairs is known for its beach, so embrace the chill and take surf lessons with Kent Surf School (April-Nov). You can also hire kayaks and paddleboards.

Too windy? Then stroll around Victoria Gardens instead, which has a bandstand perched atop a cliff overlooking the beach. Come rain, shine or sleet, you’ve got to have a knickerbocker glory at the 1950s parlour Morelli’s Gelato. Alternatively, warm up over a cup of tea and a chai latte cake from Bessie’s Tea Parlour.

Dickens House Museum – the house on which Charles Dickens modelled Betsey Trotwood’s cottage in David Copperfield – is on the same street. Take a tour, then spend the rest of the afternoon popping into galleries.

Once night falls, go for a seafood supper at Samworth & Mee, followed by drinks at Houdini’s Magic Bar. 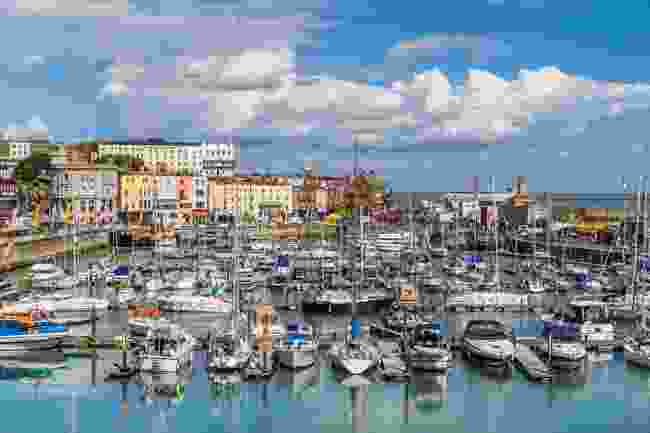 Start by looping the marina in Ramsgate, beginning at the lighthouse. You can then learn about shipwrecks such as Stirling Castle – a battleship which sank in 1703 – at Ramsgate Maritime Museum.

Eat fish and chips by the bandstand overlooking the sea, then get your blood pumping by walking along the promenade to Ramsgate Tunnels. Originally part of a railway, the tunnels opened in 1863 before being used as air raid shelters during the Second World War. You can now don a hard hat for a guided 1.5-hour tour.

After a hot drink in the Italianate Glasshouse in King George VI Park, wrap up warm for a Sea Searcher tour, where you’ll get up close to a seal colony [1.5 hours]. Later on, go for a curry at Flavours by Kumar.

4 things to do along the Kent Coast 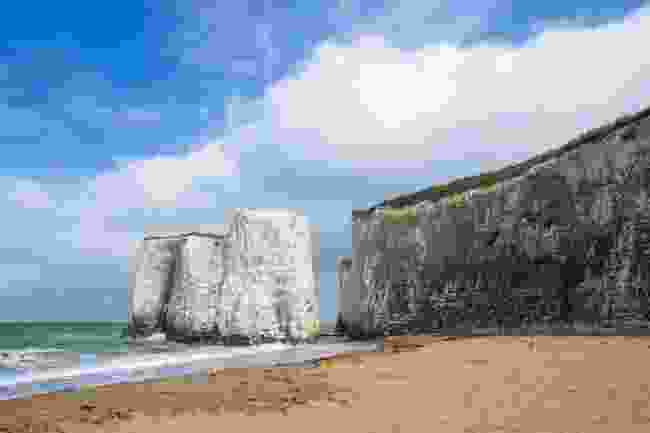 1. Go for a bike ride Hire bikes from The Bike Shed at Margate Station and head west. For a 16km jaunt, follow Westbrook Promenade through Westgate-on- Sea to Minnis Bay in Birchington and back.

2. Swim with the tide Wild swimmers who don’t mind navigating the odd crab should take a dip in Walpole Bay Tidal Pool, which is situated between Margate and Botany Bay. Built in 1937, the Grade II-listed pool covers four acres (16,000 sq km).

3. Listen for bird song Pegwell Bay Country Park, south of Ramsgate, is home to konik horses and highland cattle. From the bird hide, you may spot merlin and waders including dunlin, sanderling and grey plover in winter. Look out for seals bobbing about an off-shore sandbank, too.

4. Walk with alpacas On a guided tour with Woodland View Alpacas near Margate, you’ll walk side by side with alpacas, which are native to South America. As well as learning the differences between alpacas and llamas and why they spit and hum, you’ll get to stroke one. 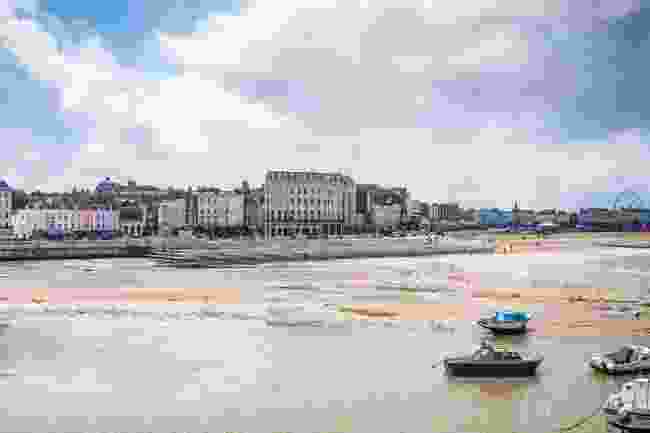 Getting there: Direct trains run regularly from London St Pancras International or London Victoria to Margate, Broadstairs or Ramsgate. They take about 90 mins. Once you’re by the coast, you can walk or cycle to most destinations or flag down frequent Thanet Loop buses that crawl between the towns. nationalrail.co.uk

5 of the best walks on the Isle of Wight