With fewer visitors than in summer, the Cornish fishing village of St Ives has a tranquil feel to it for those who are lucky enough to explore it out of season, says Lyn Hughes

The changeable autumn light showed off the luminous beauty of St Ives. Even when it was cloudy there was a soft focus glow across the whitewashed cottages of the town, and the sands and waves would shimmer, regardless at which of the several beaches you were looking over. Then, when the sun broke through, it was like being in the Mediterranean, the sea would turn cerulean blue, and you knew why so many artists have based themselves here over the years.

More prosaically, the gulls were no surprise as they strutted around the harbour’s benches scavenging for chips and ice cream cones. But then a cute wader, the type of bird you see in the shallows, came bobbing along, seemingly combing the tourist detritus too. A quick Google revealed it was a turnstone, and that St Ives is known for its population around the harbour.

It was probably revelling in the unexpected bonus of a glut of visitors. “Everyone is saying that they’ve never known such a busy October!” said the vicar of St Senara’s Church in nearby Zennor. With lockdown lifted, Cornwall had seen a steady stream of visitors well into autumn, much to the relief of businesses that depended on tourism.

Fortunately St Ives was able to absorb the extra visitors, even with social distancing in action. It was busy but not crazy-summer-busy. The narrow maze of streets and former fisherman’s cottages, now mostly holiday lets, absorbed the incomers. The independent shops were ticking over nicely, and while the more popular restaurants were fully booked for evening meals, there were enough options to not go hungry.

I was staying in a dog-friendly apartment belonging to Sail Lofts, perfectly positioned just a stones throw from glorious Porthmeor Beach. Each of the beaches has its own personality, so there was ample space for exhilarating windswept walks with my dog, and on a walk on the moors just outside town there was no other soul in sight. Within a few hours I felt recharged.

Forget those few weeks of high summer when the world seems to descend on this honeypot. Out of season is the time to revel in its charms. 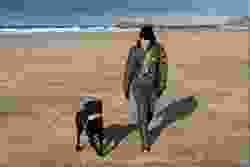 “When low tide allows there is something quite special about walking the length of all of St Ives’ beaches while barely leaving the sand.

"Start at Porthmeor Beach, hop over to Porthgwidden then stroll around the headland towards the harbour along the back of Smeaton’s Pier, before heading toward your final destination, Porthminster Beach.” 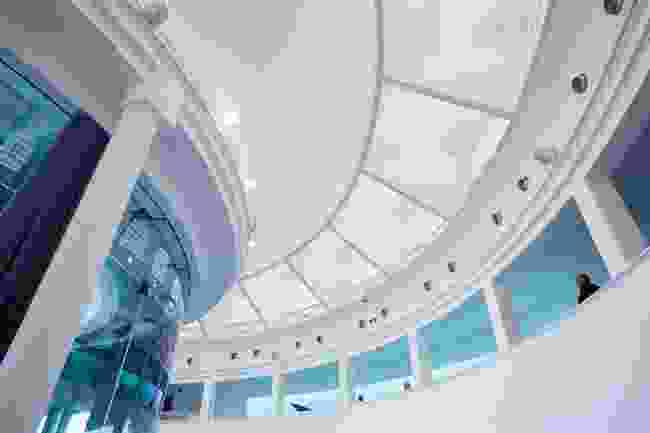 Start with a spot of modern art, much of it local, at Tate St Ives, then enjoy a coffee overlooking Porthmeor Beach. A steep walk takes you to the atmospheric Barbara Hepworth Museum and Sculpture Garden – you can buy a combined ticket.

You’re spoilt for lunch choices, such as the famous Porthminster Beach Cafe or its hidden gem of a sibling, Porthgwidden Beach Cafe. Alternatively, simply pick up a Cornish pasty from St Ives Bakery.

Get your shopping fix by mooching along Fore Street checking out the characterful shops and stocking up on local crafts, soaps and foodie delights. Independent galleries dot the town. For ceramics, visit St Ives Ceramics on Fish Street.

Enjoy an early evening beer at The Sloop Inn or The Castle Inn before enjoying seafood at One Fish Street (pre-book), one of the beach cafes above or a burger at Blas Burgerworks. 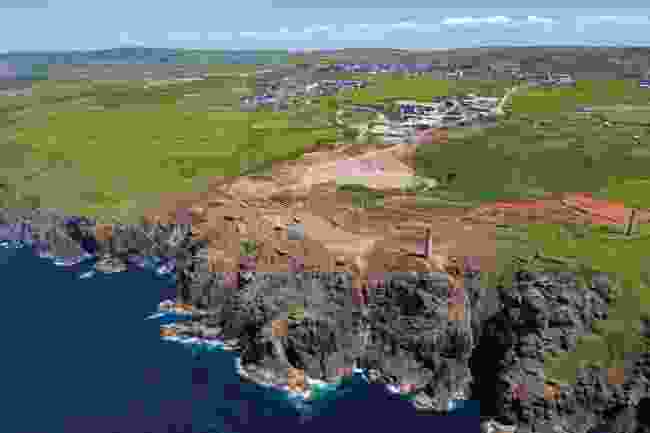 Get active. Keen walkers can walk the South West Coast Path to Zennor – it’s rough and parts need scrambling (wear walking boots), but it’s a beautiful bit of coastline with the Atlantic crashing on one side and gorse-filled heath and brooding moors on the other. Allow three to four hours and time it so you can catch a bus back (travelinesw.com). Alternatively, hire an ebike (stivesbikes.co.uk) and take the coastal road for the same views.

At Zennor, check out the 600-year-old seat with a mermaid carving in the village church and ask someone the story about the connection between mermaids and the village. Have lunch at the lovely traditional Tinners Arms or walk/cycle a bit further for lunch at the renowned gastropub The Gurnard’s Head (pre-book).

Depending on your mode of transport, spend the afternoon exploring the dramatic coast and the windswept moorlands. The moors are dotted with neolithic standing stones and stone circles. For an insight into Cornwall’s tin-mining past, visit Geevor Tin Mine or see the oldest working mine-serving steam engine at Levant Mine.

4 things to do in Cornwall 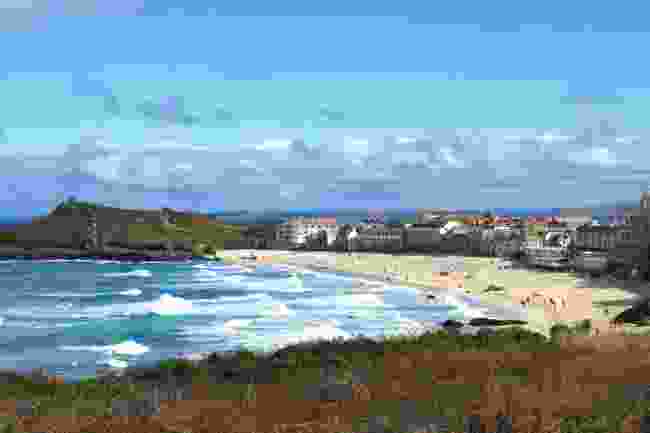 If you’ve ever been even half-tempted to have a go there are several schools in and around town.

St Ives Surf School, for example, is one of the most renowned companies and teaches surfing on Porthmeor Beach or paddleboarding and kayaking on the placid waters of Porthminster.

With the combination of coastal path, beaches and moorlands, St Ives is a walker’s delight. St Michael’s Way is a 19km pilgrimage trail running from Lelant to Marazion, home of St Michael’s Mount.

For a shorter (6.5km) scenic walk, take the train from St Ives to Lelant, then walk back.

How many beaches does St Ives have? Depending who you ask it has anything from four in town (actually five) to 300 within the area!

Each beach has a different character with some vast expanses of sand, while others may only appear at low tide. Porthkidney is 3km from town, and gets far fewer visitors than the well-known ones.

Look for seals on one of the regular boat trips that leave from St Ives’ harbour. To the west of the town is Seal Island, home to a colony of pinnipeds, while another colony can
be found to the east at Godrevy Lighthouse. Dolphins are increasingly seen around the waters, too. 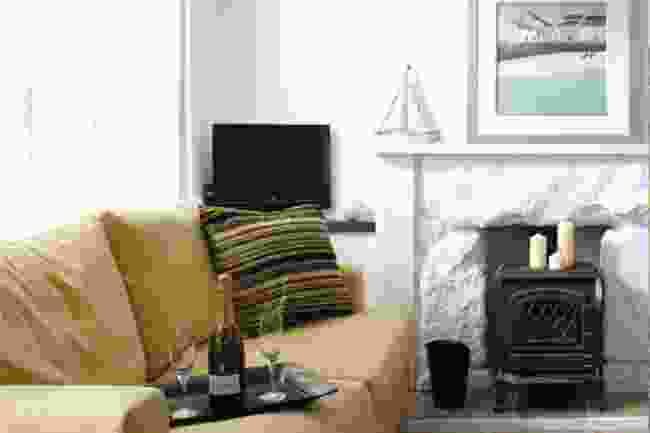 Trains from London Paddington stop at St Erth; from there take the scenic branch line to St Ives. If driving, be aware that parking can be difficult to find in town. The nearest airport is Newquay.

Sail Lofts is a collection of luxurious stylish self-catering apartments. It has its own parking eight minutes’ walk away and is well situated just a stone’s throw from Porthmeor Beach and within a few minutes’ walk of the harbour. Some apartments are dog friendly, and being so close to the beach and the grassy slopes of what is known as The Island, means it is great for walking your pooch.