The Brecon Beacons National Park is the perfect location for those seeking a mix of unspoilt beauty, outdoor activities and charming market towns, says Graeme Green

According to local legend, the Brecon Beacons took their name from ancient signal fires lit on the mountains to warn of invaders. Whether that’s true or not, there’s clearly been a fear of invasion in this part of South Wales, with castles, forts and other defensive sites right across the Brecon Beacons National Park, from the Iron Age through to Second World War anti-tank blocks. Many of the defences are still standing.

The closest thing to an ‘invading force’ now are the visitors who come to hike, bike, paddle or ride horses through the park’s wild spaces. The only fires I saw on my visit were in warm, welcoming pubs.

Established in 1957, the Brecon Beacons is one of Wales’ three national parks. At the heart of its 1,347 sq km are the striking Beacons themselves: Pen Y Fan (886m), the UK’s highest mountain south of Snowdon, and Corn Du (873m). But within the boundaries, there are also the Black Mountains in the east, the Black Mountain to the west, and forests, rivers, lakes, caves and waterfalls. Alongside countless sheep, I shared the countryside with red kites and, on the slopes of Sugar Loaf, roaming Welsh mountain ponies.

Nature’s the main draw. But there’s plenty of cultural life here, too, from the Green Man music festival to the literary  Hay Festival. There are also Welsh wine producers and a whisky distillery.

Some spots can get crowded, but there are plenty of options to get space to yourself. COVID-19 restrictions and renovations mean a few attractions, including the Brecon Mountain Railway and several castles, are currently closed. It’s good to have adaptable plans; hiking the high mountains isn’t advisable in bad weather. Take a map and plan hikes carefully.

The eastern half of the park, which includes the Brecon Beacons range, Brecon, Crickhowell, Llangorse Lake and Hay-On-Wye, has plenty to fill a few days. But there are good reasons to also head deeper into the park’s less-visited and wild(ish) west. 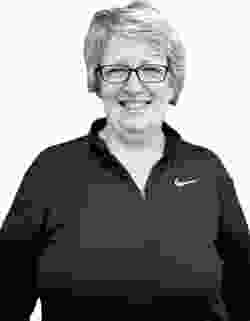 “There’s nothing wrong with big walks, but there are lots of lovely little local walks too. You just have to ask people. There’s one from Langestry on the right side of Llangorse Lake, with a little church that’s always open, and a bird hide where you can see a mix of birds. I love it there. It’s so peaceful."

Stroll around the peaceful town  of Crickhowell, from the ruins of Crickhowell Castle down past whitewashed houses to its 18th century stone bridge, which crosses the River Usk.

Then pick a hike. Sugar Loaf Mountain’s an easy-going intro to the local scenery, with 360-degree views of hills; you can be up and down in a couple of hours.

For a quieter option, park at the Welsh Venison Centre and hike the 19km loop around Llangorse Lake.

For dinner, there’s hearty pub grub at The Bear in Crickhowell,  or if you prefer fine dining, head  to Gliffaes Country House Hotel. 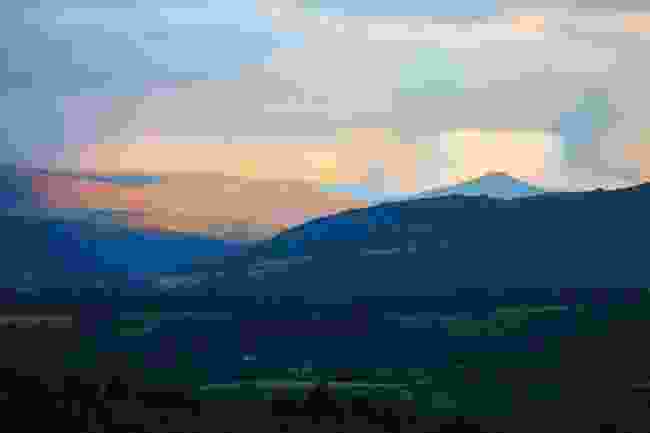 Rent a canoe (or kayak) from Black Mountain Adventure in the village of Three Cocks. Paddle an hour or two down the placid River Wye from Glasbury to Hay-On-Wye, keeping an eye out for swans, herons, kingfishers and red kites.

Down the A470, the Felin Fach Griffin has a warming fireplace and appealing lunches.

In the afternoon, take a mellow walk along the canals at Talybont-On-Usk, or around Llangorse’s lakeside from the church at Llangasty, an area busy with birds.

End the day at The Three Horseshoes in Groesffordd, one of the park’s best pubs, with excellent fish and chips or creative dishes, like wild nettle risotto. Get a table out front or in one of the ‘beach huts’ for a sunset view of the Brecon Beacons, which goes down nicely with a pint of ale.

Alternatively, drive west after canoeing, stopping en route at the Dan-yr-Ogof Showcaves, all the way to Carreg Cennen Castle, one of the most spectacular castles in the park, not least for its hilltop location and sprawling views.  Drive there and back on the Black Mountain Road (A4069) for memorable rolling hills. 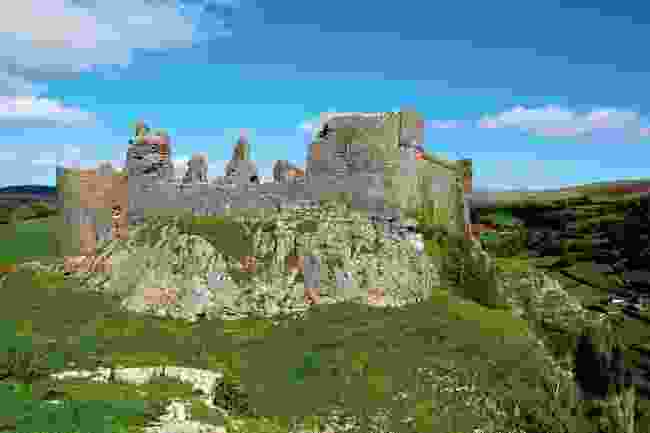 Carreg Cennen Castle, one of the most spectacular castles in the park. (Graeme Green) The Three Horseshoes in Groesffordd, offers a variety of creative dishes. (Graeme Green)

Getting there: The town of Crickhowell, inside the Brecon Beacons National Park, is around a three-hour drive from London or a seven-hour drive from Edinburgh. Trains run from London and other cities to Abergavenny, the ‘gateway’ to the park, but to explore the attraction’s large spaces, it pays to have a car.

Stay at: The Bear Hotel, an old coaching inn dating back to 1432, in Crickhowell makes a fine base for exploring. Comfy rooms have wood beams, plush armchairs, Welsh blankets and chandeliers. Staff are friendly and helpful. The hotel does a good breakfast, and its lively pub serves shepherd’s pie, fish and chips, real ales and more. 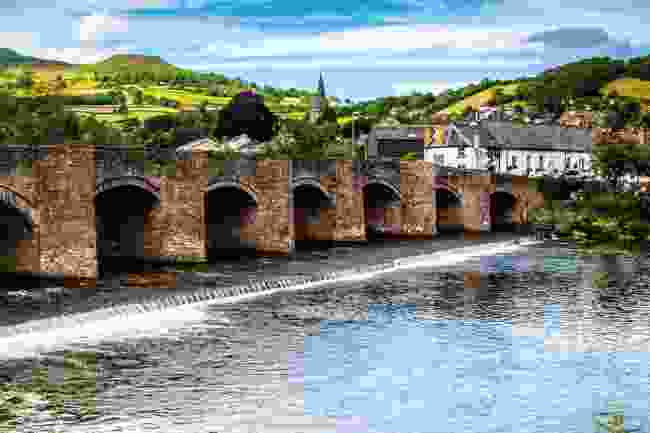 The town of Crickhowell (Shutterstock)

4 things to do in Brecon Beacons NP

1. Look to the skies

At the National Showcaves Centre for Wales, walk through tunnels at the Dan-yr-Ogof caves, with stalactites, stalagmites, columns and other formations.

Red kites, buzzards and ravens are among the regular visitors to the Llanddeusant Red Kite Feeding Centre. Feeding times are 2pm or 3pm, depending on the time of year. It’s first come, first served, so arrive early. (redkiteswales.co.uk)

Take a tour or a whiskey masterclass at Penderyn Distillery. Try its smooth peated whisky and its subtle chocolate orange gin. Or if you prefer wine, head to the Sugar Loaf Vineyards and order a taster sample with four glasses, along with a cheese platter.