Squeeze in a pint at one of Britain's 10 smallest pubs

Quirky and quaint and serving the finest cask ales in the land, these tiny pubs across the UK prove that when it comes to a decent pint, size really doesn't matter... 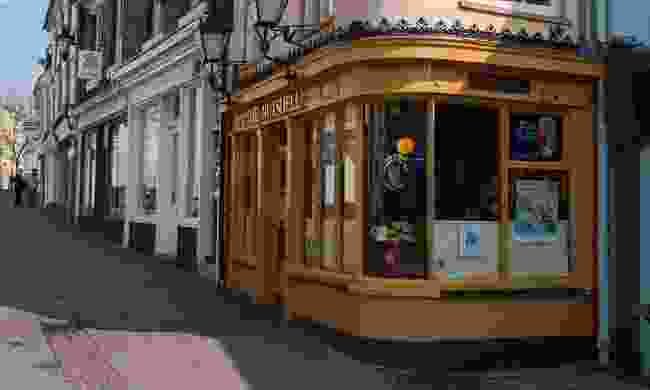 Measuring just 15ft by seven, this tiny timber framed, Grade II listed pub can only hold 15 customers at a time. It has been recognised as the smallest pub in Britain by the Guinness Book of World Records and is regarded as Bury St Edmunds biggest tourist attraction.

Be careful not to bump your head on the mummified cat hanging from the ceiling. It was discovered behind the walls during renovations. 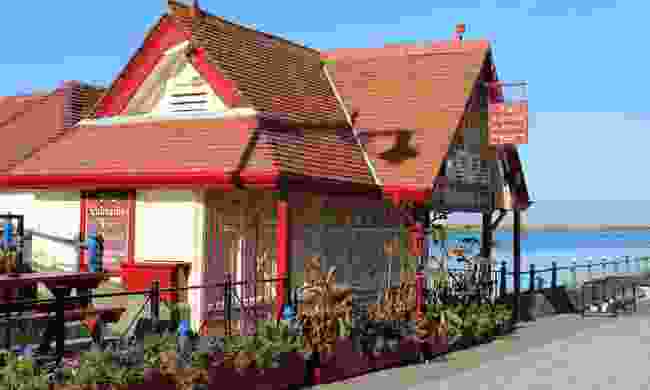 Overlooking Marine Lake on Southport’s pretty promenade, this former boatshed was named Britain’s smallest pub by the Guinness Book of World Records in 1989.

Since then smaller pubs have claimed the title, but the Lakeside Inn retains its charm. In summer, when the baskets of flowers hanging from the red-tiled chalet-style building are in bloom, there's nowhere nicer to squeeze in a pint. 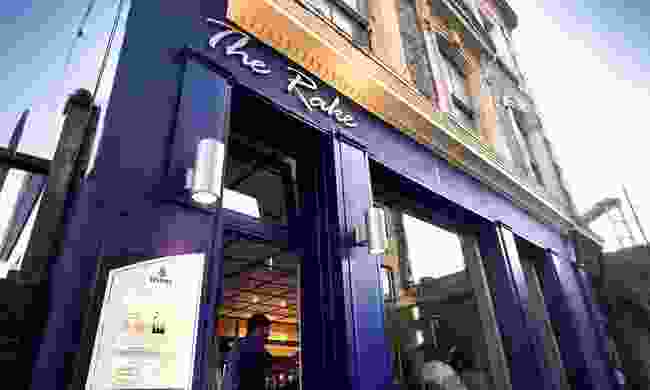 The Rake in Borough Market claims to the be the smallest single pub in London. Run by the founders of Utobeer, the speciality beer shop deeper in the markets, The Rake showcases the goods for sale in its sister establishment.

While the seating area may be small, the selection of beers is impressively large. 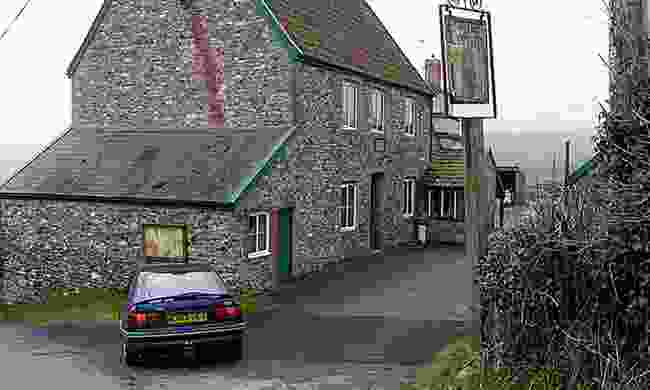 The Luppitt Inn is the only public house at Luppitt, Devon and is located in the front rooms of a local farmhouse.

The landlord, Mary Wright, is a pensioner and sits at a makeshift bar pouring booze three nights a week, Thursday to Saturday, from 7.30pm. 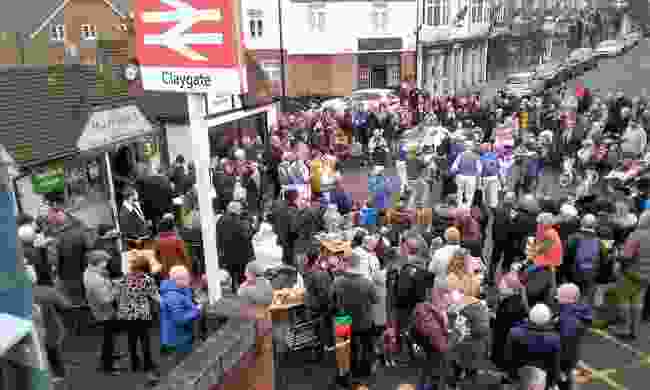 Platform 3 next to Claygate Station in Surrey is a repurposed cab office, with a focus on cask beers. Expect seating for one, and standing room for three (four, if they're skinny).

It’s open Thursday to Saturday, but keep an eye out for ‘bonus days’, announced on Twitter. Just remember to bring a blanket if it’s cold. Or bring sunscreen when the sun is out. 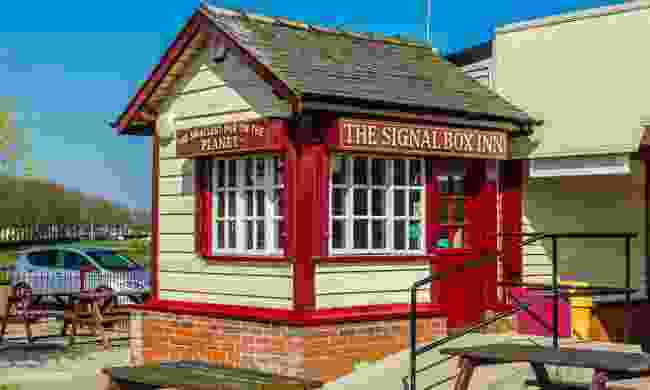 This tiny pub sits next to the local light railway in Cleethorpes, Lincolnshire, and claims to be the smallest on the planet.

There has has been no independent confirmation of this claim, but the pub has been built to the same scale as the trains that use the railway. It has five hand pumps selling real ale, and a beer garden to hold the inevitable over spill of customers. 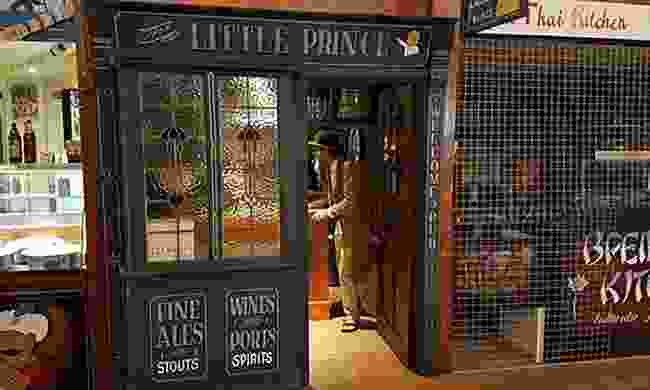 Measuring just six feet, six inches wide and 11ft long, this former sushi bar in the Old Kent Market was converted into a pub and was recognised as the UK’s smallest by Guinness Book of World Records in 2016.

It is big enough for six patrons, five when bearded landlord Andy Barrett has to come in and pour a pint. 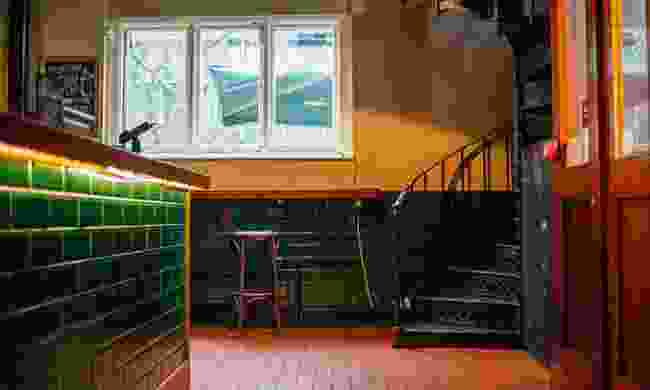 Inside the Tap (Euston Tap/Helena Dolby)

With real estate at a premium in London, you’ve got to squeeze in wherever you can. For the Euston Tap, that’s a room in the old station lodge building in front of Euston Station.

The Euston Tap is open late seven days a week, has 28 keg beers on tap and can hold 30 people. 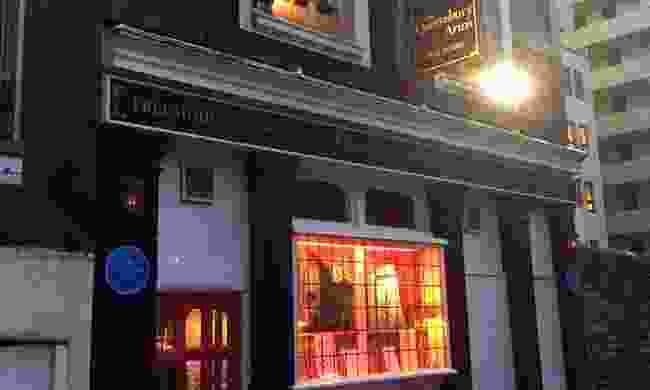 The Queensbury Arms was originally called The Hole in the Wall because it served beer to fisherman through a small hatch. Having just returned from long days at sea, they were a little difficult on the nose, and the landlord preferred they stayed outside.

It was renamed after the Marquess of Queensbury and the interior decked out in plush red velvet. It remains Brighton’s smallest pub. 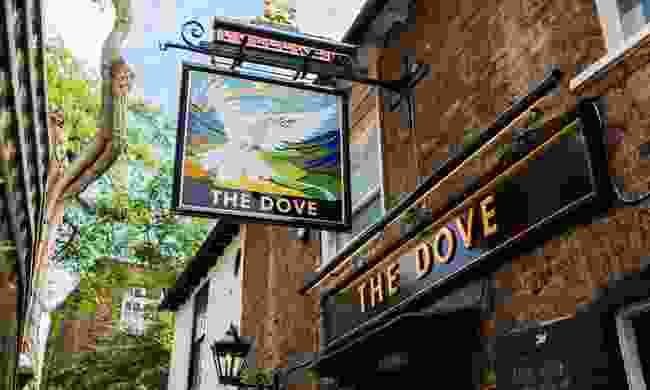 Not the smallest pub in London, but home to the smallest bar, measuring a minuscule four feet by seven feet 10 inches.

Once a coffee house, patrons now enjoy something altogether stronger, as long as they grab their drink quickly and move out of the way. Thankfully there is plenty of seating outside, offering lovely views across the Thames.

The 14 oldest pubs in the UK