Not accessible by road, these pubs may take some getting to. But you’ll be rewarded with breathtaking views, delicious meals and, of course, a well-earned ale 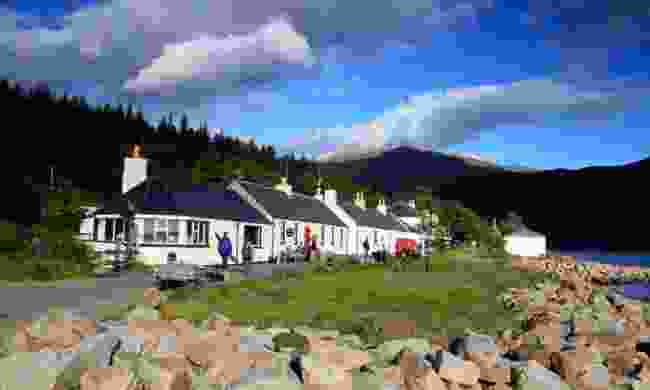 Recognised as Britain's most remote mainland pub, the Old Forge in the village of Inverie, Knoydart, can only be reached by an 18-mile hike over mountains or a 7-mile sea crossing from Mallaig. Whether you walk in or come by boat, you’ll encounter all kinds of wildlife, from minke whales and dolphins to eagles and pine martens.

As the name suggests, the pub started out as a smiddy (blacksmith's) forge. Over the years it began being used as a workers social club, before eventually becoming a pub. Despite its remote location – and the fact the wi-fi only lasts until 6pm – the pub has become a regular haunt for adventurers and beer fans alike, with live music, craft beers and meals made from freshly-caught local seafood. The Ty Coch Inn sits beside the sands at Porthdinllaen on the North Wales coast, looking out across the wild Irish Sea, on a site owned by the National Trust. It started life in 1823 as a vicarage before turning into an inn in 1842, becoming popular with shipbuilders from the nearby harbour.

The pub can only reached on foot or by boat. Those who choose to walk can simply follow the beach, or take a short cut across the golf course on the headland. The peninsula sits in the shadow of the Snowdonia mountains, making it a popular spot for trekkers and beachcombers alike. 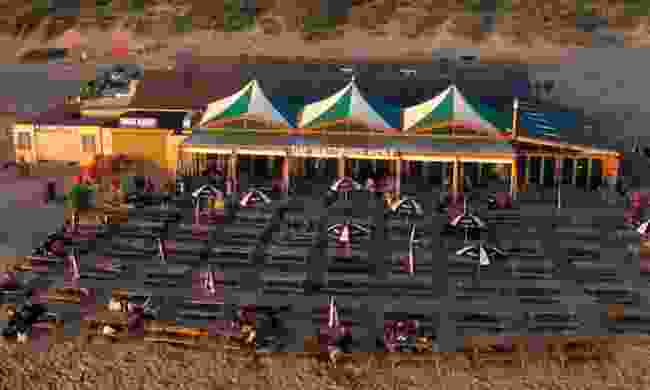 Looking down on The Watering Hole (thewateringhole.co.uk)

The Watering Hole on Perranporth Beach in Cornwall is a little bit of the Caribbean in Britain. It is the UK’s only beach bar, bringing a beach shack vibe to one of Cornwall’s finest beaches.

The Watering Hole traces its roots back to a man called Bob Job, who built a shack on the beach, using it as a base to hire deck chairs and surf gear. When Bob Job moved Downunder to Byron Bay, he passed the business on to another Bob who transformed the shack into The Watering Hole.

Today, The Watering Hole boasts a restaurant and a bar and is a popular live music venue. It also leases beach huts and runs a surf school. 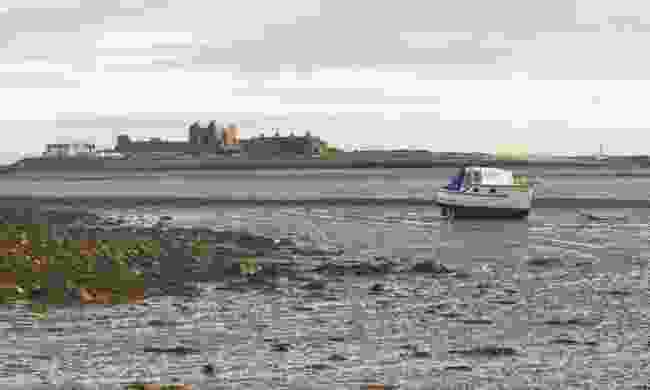 Order a pint at the Ship Inn, on the tiny island of Piel in Cumbria, and chances you’ll be served by ‘royalty’. Since time immemorial, or at least since the pub opened it’s doors over 300 years ago, the landlord of the pub has also been the official ‘King of Piel.’ Largely a honorary role, each new landlord is crowned in a ceremony that involves wearing a helmet, holding a sword and having alcohol is poured over their head.

There’s a castle on the island too, and although in ruins, visitors are permitted to camp in its shadow. Birdlife is abundant too, and a walk along the beach a must. The real draw remains the craft ales and hearty meals made from fresh Cumbrian produce at the Inn.

The island can be reached by a regular ferry, or by a tricky walk across a causeway from Walney Island at low tide. 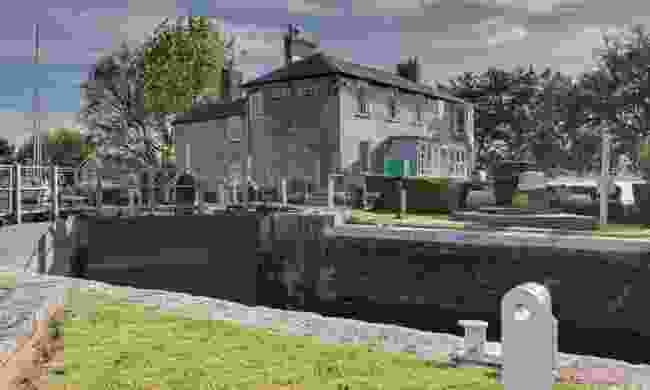 This quiet little pub at the end of the historic Exeter Canal, sits beside a lock overlooking the Exe Estuary. It doesn’t have any road access. Visitors are advised to park just down the river at Powderham Church and walk (around 15 minutes) or cycle to the Turf Hotel instead. Alternatively, take a ferry from Topsham.

The pub has a large beer garden and offers a ‘cook-your-own’ BBQ in the summer. It’s own menu includes locally sourced produce, including seafood. Inside, it is family and dog-friendly, foregoing carpet for pine strip floors - perfect for muddy kids and muddy paws. 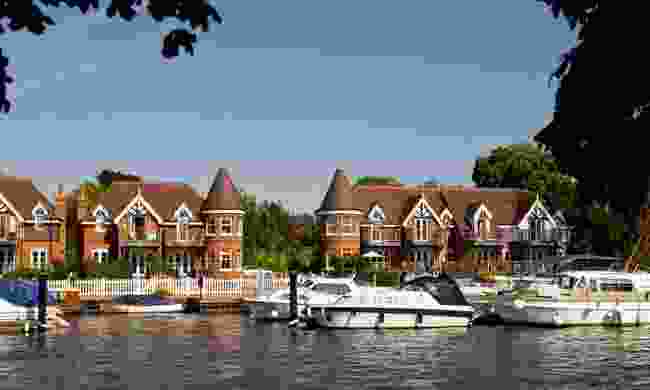 Cookham, viewed from the Thames (Dreamstime)

Set beside the Thames and a popular place to watch regattas and other river-based shenanigans, The Bounty is a dog-friendly pub with a million pound view and a bar made from a boat. It can be reached by boat, naturally, and on foot by crossing the bridge along the tow path near Bourne End Marina.

For those who like to earn their pints, the pub can also be reached via a circular walk that starts at the National Trust car park in beautiful Cookham. The walk takes in woodland, open fields and riverside views and, of course, an obligatory stop at The Bounty. How long it takes depends on how long you stay at the pub, soaking up the sun on the riverside terrace. 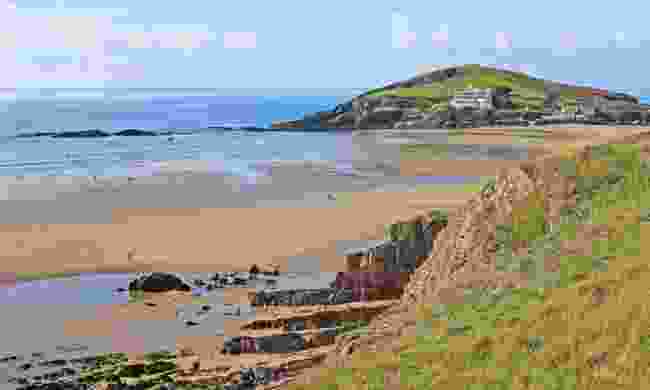 Looking towards the Pilchard Inn (burghisland.com)

Getting to the Pilchard Inn on Burgh Island is half the fun. Perched on a tiny, tidal outcrop, the pub is cut off from the mainland twice a day. You’ll need to consult a tide table before making your visit.

Once the sea has receded, it’s a short walk across a sandy spit from Bigbury-on-Sea. The Pilchard Inn – and the Art Deco hotel behind it – was a popular drinking spot for Agatha Christie and it’s not hard to imagine dastardly deeds committed when the island is cut off by the tides.  Luckily, there is a high-sided “sea tractor” that ferries passengers back to the mainland when the waters start rising.