When the restaurant carriage goes missing on his train to Warsaw, Matthew Woodward risks his entire trip to China to find scrambled eggs and ham

Today I'm on the EC 43 service, destination Warsaw. The train is run by PKP – the Polish state-owned railway company. Right on cue a weirdly pink locomotive pulled in to the platform. At the front of the train was carriage 272, my first class home for the day.

The bad news is that the carriage next to mine – 271 – is missing. I say this not because I felt sorry for passengers hoping to get a seat on board carriage 271, but because I won’t be getting breakfast. Carriage 271, you see, is the restaurant carriage.

I had really been looking forward to this meal, as PKP chefs make a wicked ham and scrambled egg dish. They are also excellent baristas. But worse, I had no emergency rations (or even water) in my bag. It would be a day of fasting. The journey takes about 5 hours, so not the end of the world, but a useful lesson for me not to take it for granted where the next meal is coming from. 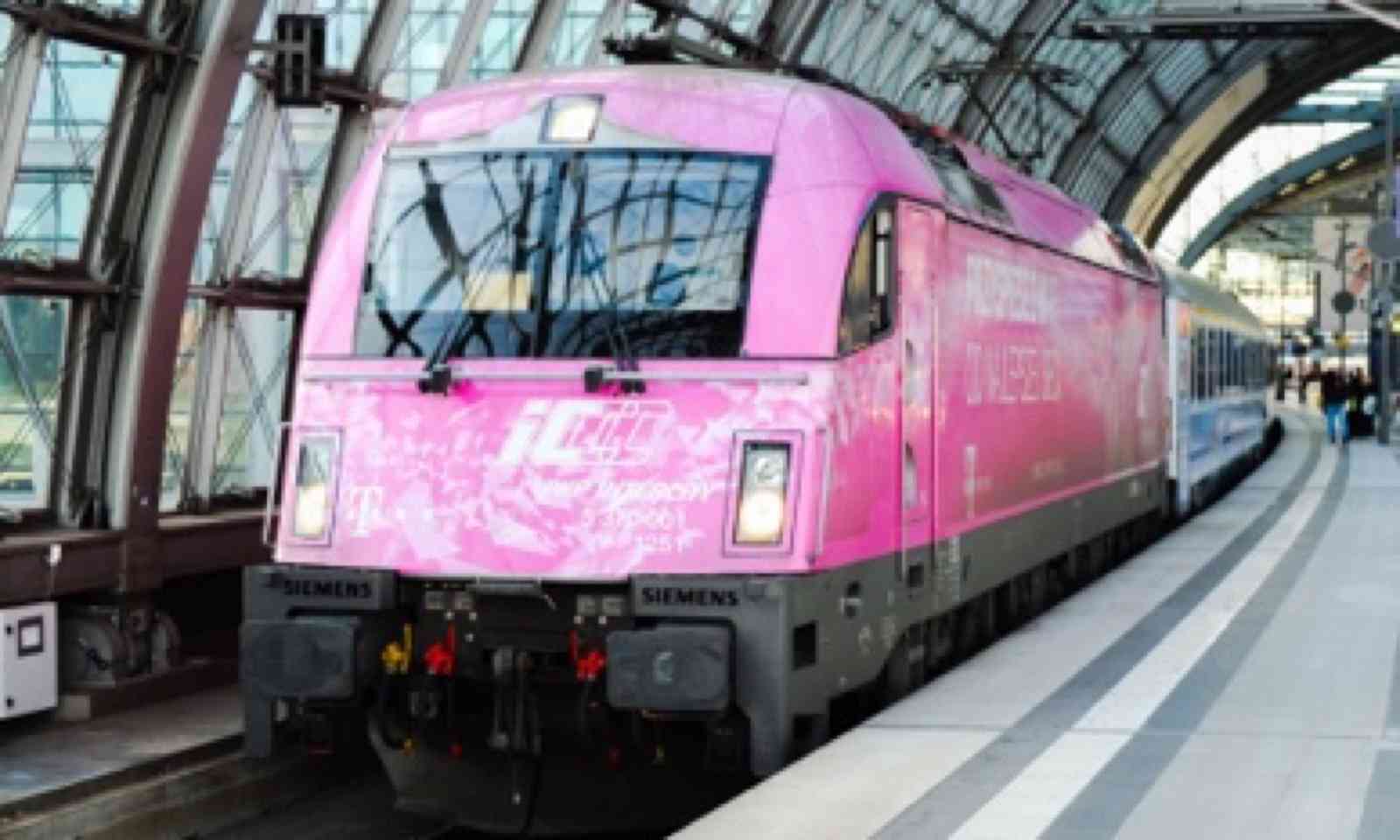 We chugged out of Hbf about 5 minutes late and navigated slowly through the maze of tracks east of Berlin. I actually managed to get some sleep for an hour or so, until we arrived at Frankfurt (Oder) – the Polish border. I continued to snooze, but after half an hour I noticed we had not yet moved.

Out on the platform a few people were smoking and not looking like they were going anywhere in a hurry so I got out to investigate. I found a conductor (actually a conductress) who spoke some English, and the news wasn't good. The train was due a crew change, but the crew had not turned up. We could be here for some time. I thought about this for a while, and decided to break the cardinal rule of long distance rail travel – never leave a train out of sight with your luggage still on board – and run a local foraging expedition for breakfast.

Knowing I was about to undertake a high-risk mission I explained my predicament to the conductor. She thought about it, and seemed to take quite a while considering how long she thought we might be here for without being very conclusive. I finished up by saying "You promise you won't leave without me?" She smiled, looked at me with kind eyes, and said "For sure."

So with a sense of schoolboy excitement that I was breaking my own rules, I found a cafe at the far end of the station and scored some fresh coffee and rations to last the day. In hindsight I need not have hurried, but it's human nature not to want to be stranded. After all, this was exactly the sort of railway events that I have nightmares about!

After a couple of hours, we got on the move again. (I would have enjoyed a full course lunch had I known). The new crew was Polish: it would seem the crews to stick to their native country on the train, not crossing the border. The new conductorski spent quite a long time explaining on the PA system for why we were so late and hungry. But I couldn't really understand a word. 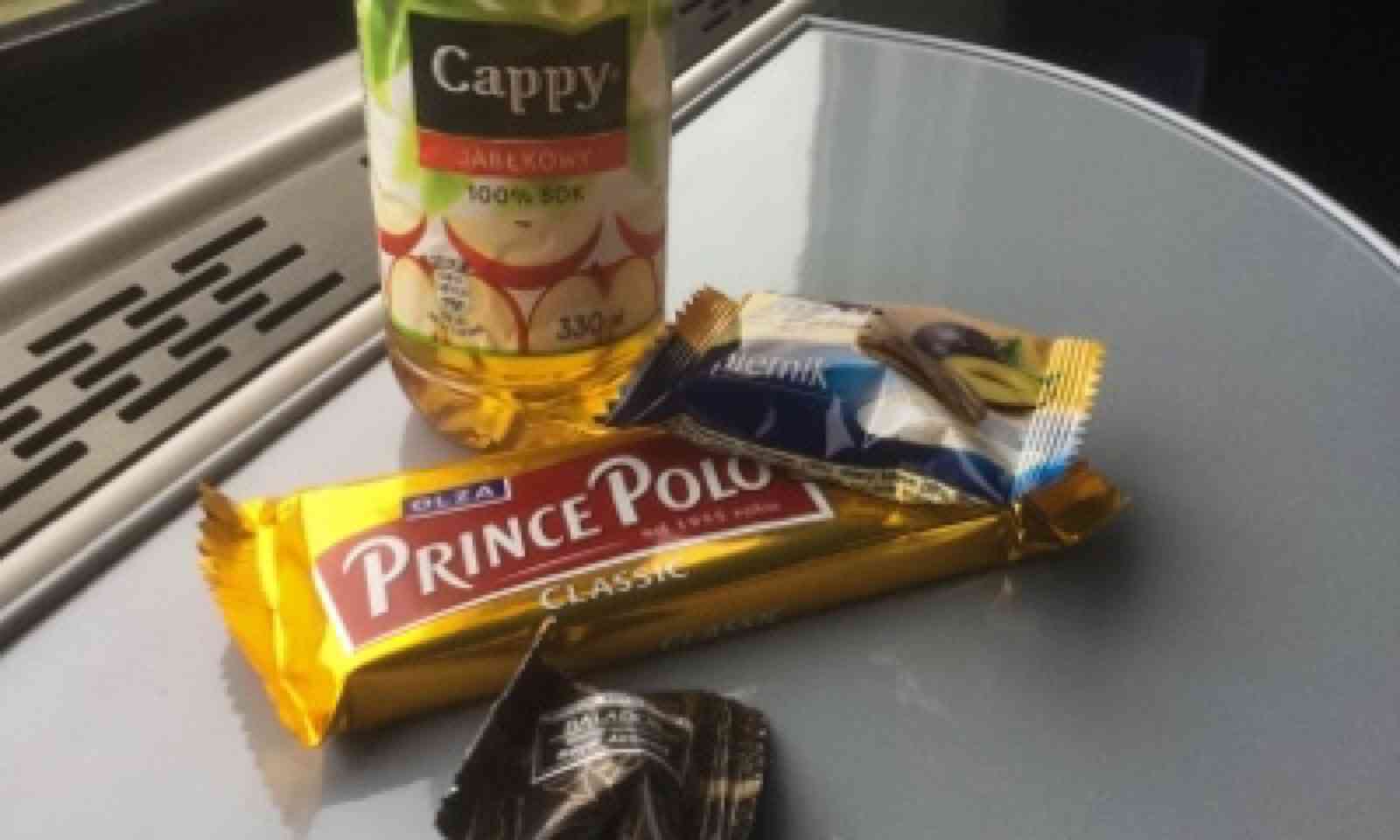 The seriousness of the situation became clear a few minutes later when a nice Polish girl appeared with some PKP emergency supplies. Prince Polo wafer biscuits are standard first class fare, but this time there was also a chocolate almond and a raisin cookie. Things must be really bad!

As the light faded we crossed the increasingly misty and frozen Polish countryside. I think I'm pretty much crossing the line of permanent snow now until I head south again in China. It's not that cold here, but just enough to keep snow on the ground.

I'm hoping to arrive in Warsaw Centralina just an hour and half late this evening. It's not been the perfect day on the rails, but it's good to have a few things not quite work out. I feel this tests my confidence and resolve to stay positive in the event of a more serious problem.