Brad Bestelink: “Your heart is in your throat most of the time.”

Wildlife cameraman and cinematographer Brad Bestelink on working with savage predators, Game of Thrones, and swimming with crocodiles

What’s the most exciting thing about working with big predators?

I’ve had a lifelong fascination with predators. What keeps it exciting is that they have a level of intelligence beyond most other species. They have to adapt, they have to learn, they have to change.

They’re quick to take advantages of circumstances and changes. They’ll learn to kill elephants or to kill buffalo. They’ll adapt and grab an opportunity with both hands.

They need intelligence to do what they need to do. They’re constantly puzzling things out. 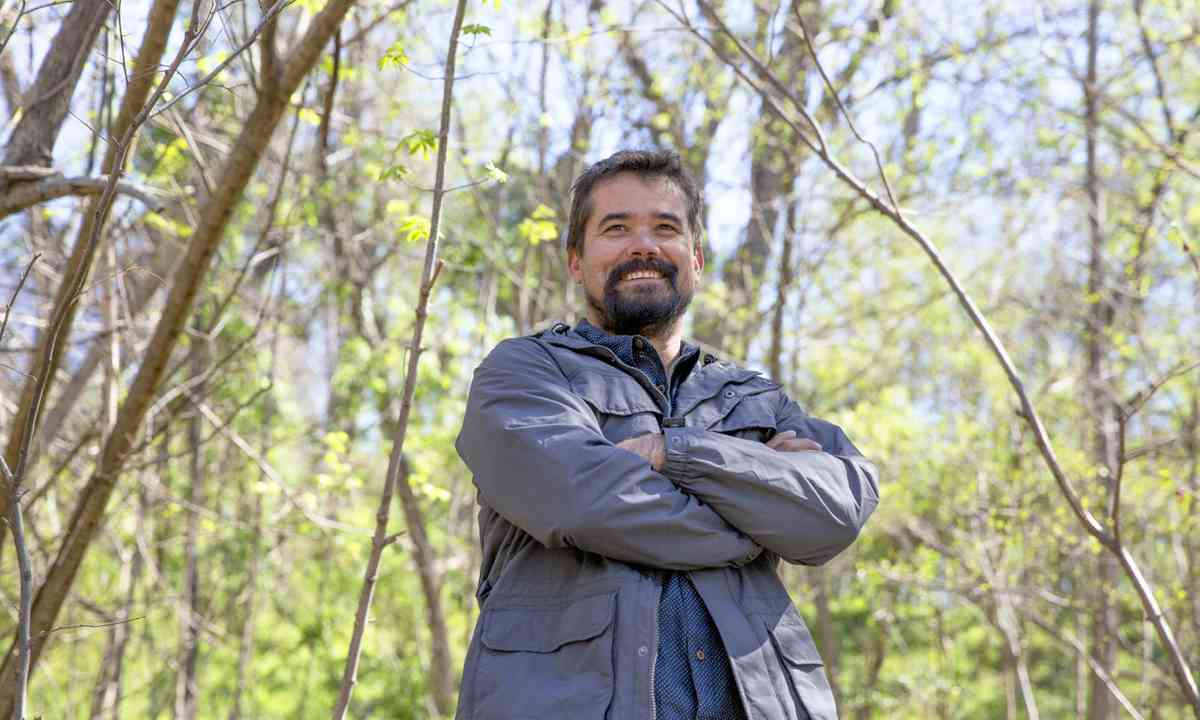 Where did you film your new Nat Geo Wild series Savage Kingdom?

The whole series was filmed in a place called Savute, which is in the northeast corner of Botswana. There’s an ephemeral river that flows in there for 20 out of 100 years, and we managed to get in there during the five year period when it flowed. All these prey species flock into this little oasis.

The series was done while the water was retracting - the predator numbers built up over the five years when there was water, and as soon as it started receding, the prey species started leaving for greener pastures. We were left with a strong population of predators, confined by their territorial boundaries, living almost on top of each other.

That’s what Savute is: a little area in the middle of the desert that constrains a whole lot of predators, who fight to survive.

Are animal ‘clans’ really at war, like in Game of Thrones?

That’s definitely how it is. As the river receded, there’s an area of Savute where the animals territories overlapped. Lions tend to dominate the areas, two main prides of lion that overlap. We also focused on a pack of wild dogs, a group of hyenas, and leopards.

Because their territories overlapped, it was only a matter of time before the predators crossed path and had to fight it out to hold on to their little piece of the land. It’s about all the predators, the dynasties and family groups, eking out a living and navigating their way around each other, which is the definite parallel with Game of Thrones. 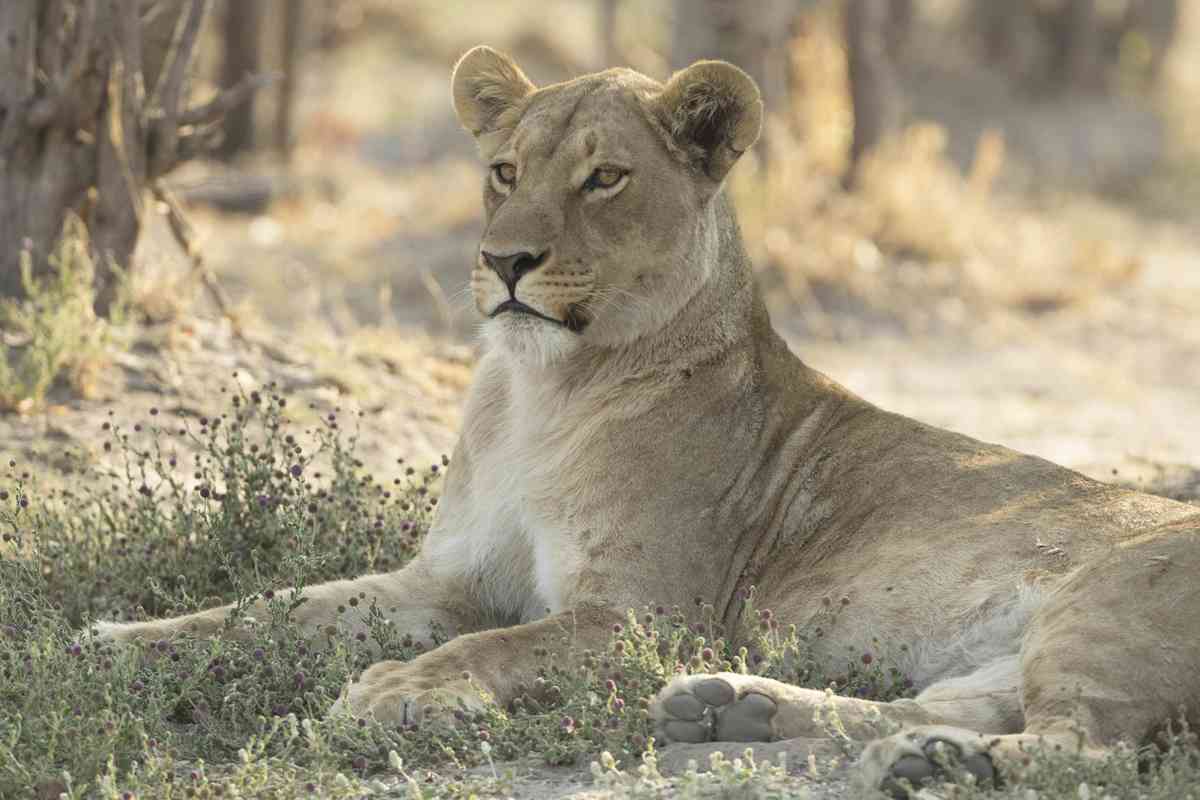 Queen of the North from Savage Kingdom (National Geographic Channels)

Are lions the undisputed ruler of the Animal Kingdom?

Lions pretty much dominate everything. They’re the strongest predator.

But lions have their own complexities. The biggest killer of lions is other lions. There’s a lot of in-fighting. Pride dynamics change, younger lions get pushed out, and there’s fighting and competition with other lions.

Lions are their own worst enemy. They are the strongest predator but they have their own internal struggles to deal with. 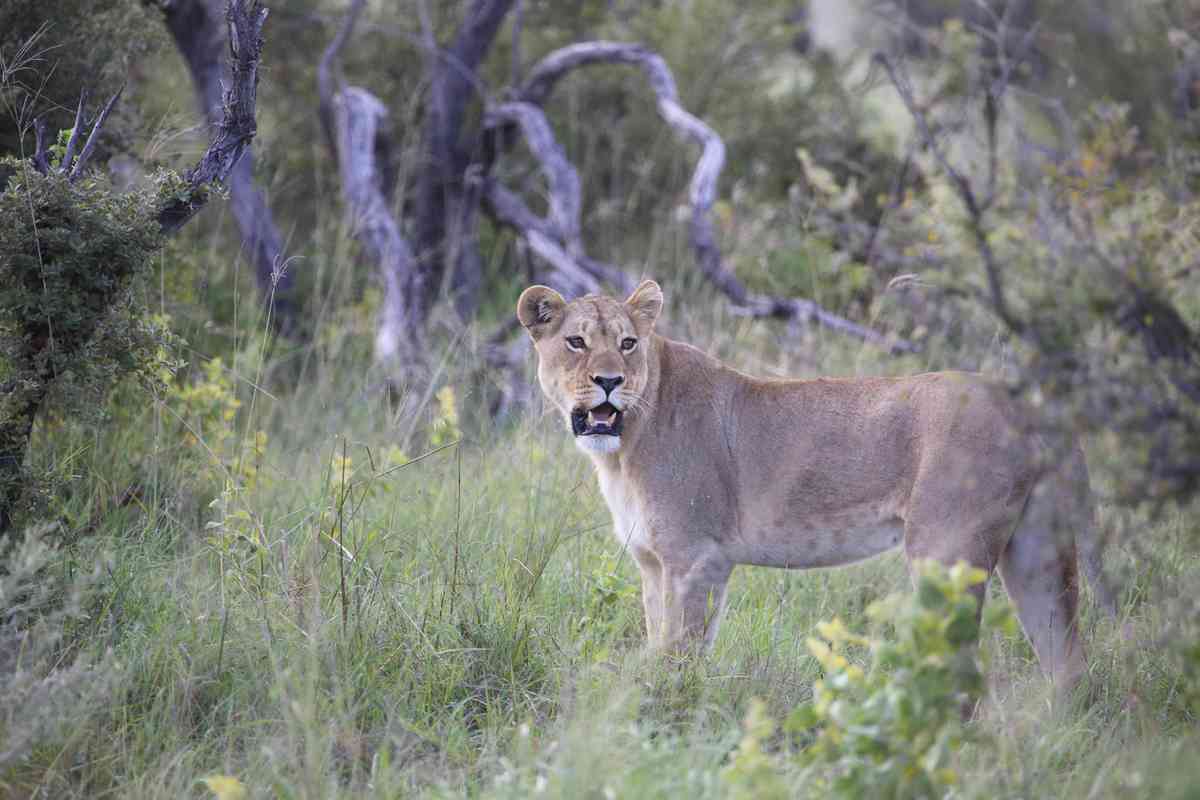 Which is the most savage or ruthless animal in the kingdom?

The lions, the Marsh pride particularly, are the most savage. They’re quite indiscriminate. Whenever they cross paths with other predators, someone dies. The Marsh pride really are quite brutal.

But the wild dogs are also particularly savage by the nature of how they hunt. They will eviscerate an animal in a very short time. There are no survivors when they get stuck in.

You’re also known for diving with crocodiles. How did you get into that?

I grew up in the Panhandle of the Okavango Delta, being told that crocodiles are the most evil thing and you’ve got to be particularly aware of them, and of course that instantly sparked my interest.

My wife and I pioneered diving with crocodiles. We had a look at them from a predator point of view, worked out how they hunt, what they do. Through a process of deduction, experience, and trial-and-error, we worked out how it could be done. It was an incredibly exciting period in my life. 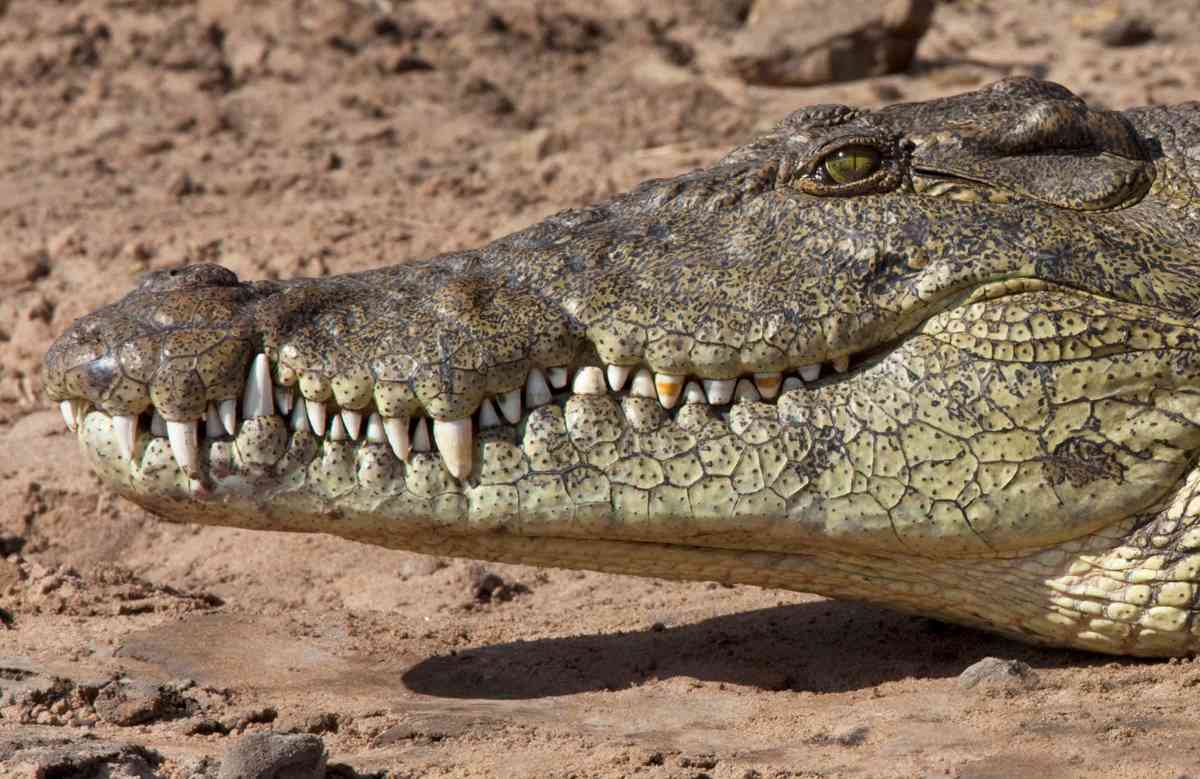 How does it feel to be in the water with crocodiles?

Your heart is in your throat most of the time. It’s definitely a rush.

We thought about what logically they might do, their behaviour, and, of course, people say, “They’re killers. What the hell are you doing jumping in the water?”

But there’s something about predators. They kill for a living. It’s very gladiatorial. It’s primeval. And to throw yourself into the mix is quite exhilarating.

Are you a bit of an adrenaline junkie?

No, I wouldn’t say that. In my filming career, I’ve set out to document animal behaviour that’s never been seen before, and that’s what excites me about predators: how they adapt and change their behaviour. There’s a lot of things that people don’t know.

Predators always have the capacity to do something different and out-of-the-ordinary. I’m fascinated by the diversity and intelligence of what they do. 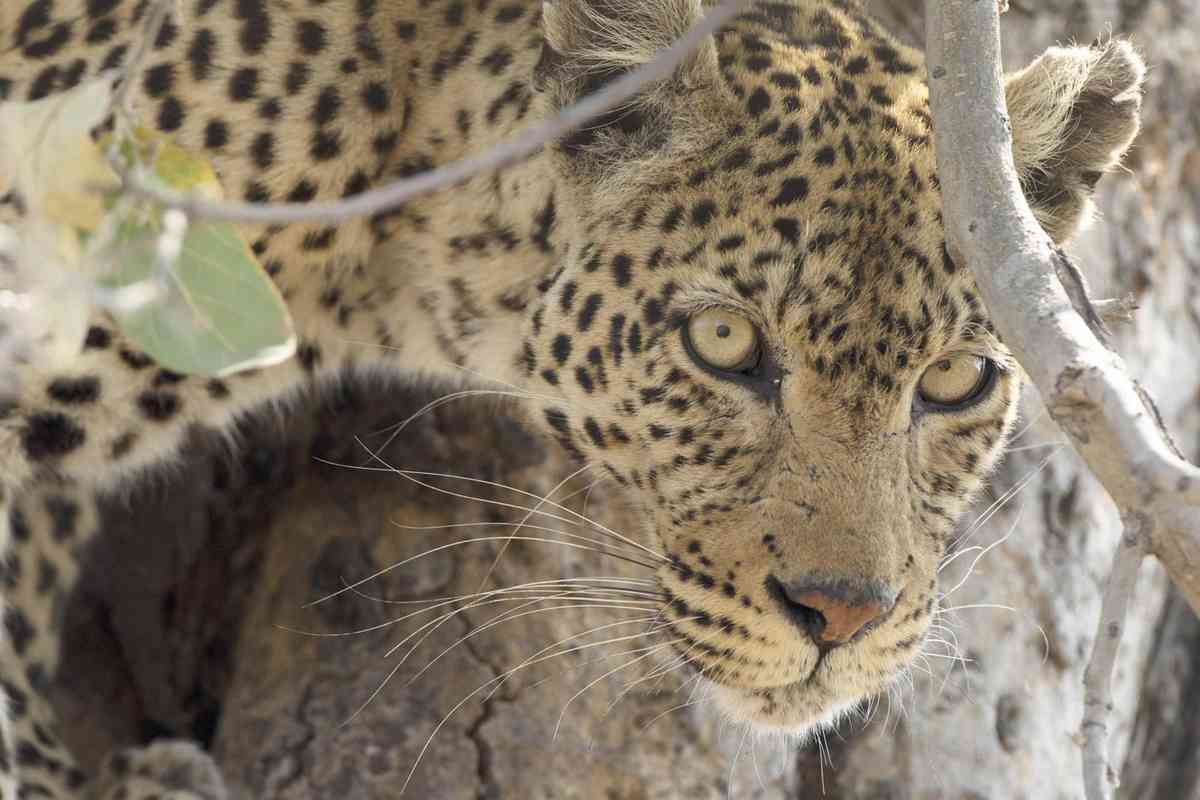 What’s the greatest moment you’ve ever captured on film?

The ones I remember most and that affect me most are often not happy moments. They’re often turning points that are quite dark and hard to watch.

There’s a scene of a lion killing a leopard in Savage Kingdom, which was a big sequence. It affected me a lot and I didn’t enjoy it. It’s not necessarily my favourite, but it’s an epic scene.

From a happy point of view, one of the great moments for me was filming fishing leopards. I filmed a mother leopard teaching her cubs how to dive into flowing rivers and catch catfish. That was the most fun and most exhilarating piece I can remember. I loved capturing that. I didn’t mind the catfish getting eaten, as it was an extraordinary event.

What's your favourite predator to work with?

Leopards are by far my favourite animal. They take that level of intelligence to an entirely new level. They’re so sophisticated and aware.

There was a leopard I  filmed in Savute that I watched map out her 'larder'. She would go to nests of big birds and see eggs or small chicks, but instead  of eating them, as you’d expect a cat to do, she’d climb down and leave them. She'd store it all it in memory and know she has that for when she needs it. I'd see her go back a month or so later to eat them. That's a level of intelligence. 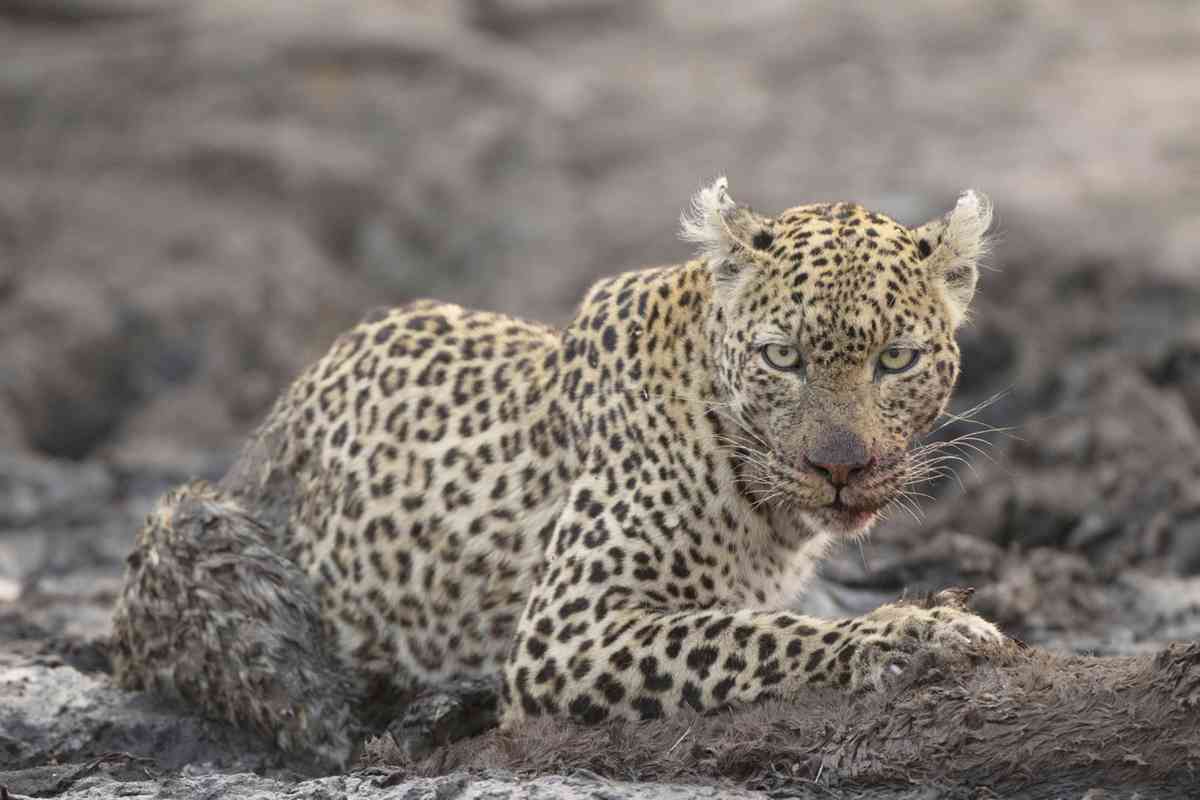 Have you had moments where your life was in danger?

I’ve had a few close calls. I’ve had three incidences in my life where I was nearly killed by animals. I’ve had the car rolled by an elephant while I’ve been in it. I’ve been surrounded by lions out in the bush. And I’ve been in a hide filming crocs at night feeding on a hippo, and the crocodiles tried to get inside.

I’ve been filming for 20 years and even as a child I lived in the bush. Considering the amount of time I’ve spent in the bush, three times isn’t too bad.

Lions always are inquisitive. Crocs pretty much take any opportunities they’ll get.

Whenever you work around predators, there are going to be incidences. You have to be careful and be lucky.

Savage Kingdom is a six-part series, focusing on predator groups including lions, leopards and wild dogs, starting on Sunday Nov 27 November at 6pm on Nat Geo WILD. The series is narrated by Charles Dance (Game Of Thrones).