Dispatches: Trying to connect with Bob Marley's legacy in Jamaica

Never meet your heroes – even when they’re dead! Jamaica cashing in on the legacy of Bob Marley is one example of ‘hero travel’ gone wrong, as Paul Clammer found on a trip to the singer’s birthplace... 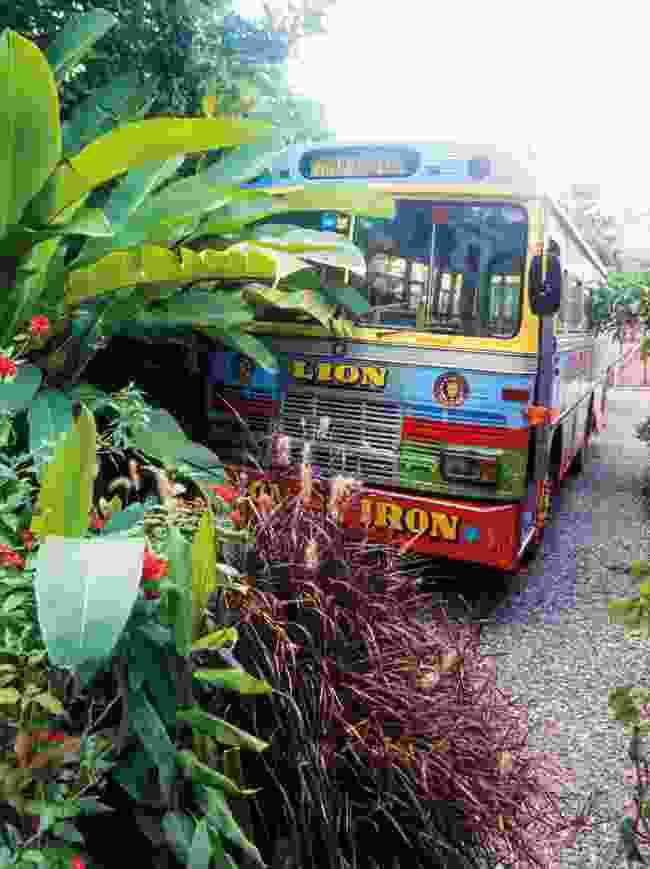 The Reggae Bus: A lot to handle (Paul Clammer)

Few countries are as associated with a single person as Jamaica is with Bob Marley. Nearly 40 years after his death, visitors to the island find him everywhere.

I’ve had taxis drivers switch their music to Bob Marley when picking up my fare, on the basis that, as a foreigner, I knew no other Jamaican music.

The flattening out of Bob Marley the man into a ‘One Love’ cliché for holidaymakers as well as a brand to be exploited is nowhere more apparent than in Nine Mile, the farming town in the pretty hills of St Ann Parish where he was born and later returned for burial after his untimely death in 1981.

Hustlers mobbed me on arrival, hawking spliffs and space cakes.

I was travelling alone, but most visitors avoid the crush by arriving on the Zion Bus, a deliberately rickety, country-style ffair painted in Rastafari red, gold and green, with a sound system blasting out the hits on the long drive from the resorts.

It soon became clear, however, that the real hustlers were those found within the mausoleum complex.

Everywhere inside were market stalls and gift shops. We entered past one selling ‘Stir It Up’ Marley coffee, ‘Catch a Fire’ hot pepper sauce and cartoon Rasta figurines.

After all these shopping opportunities, we were then made to wait for our guide in a holding area that turned out to be a bar.

A barman loudly offered us flaming Bob Marley rum shots, and didn’t seem to mind that the singer’s Rastafari creed meant that he didn’t drink alcohol. 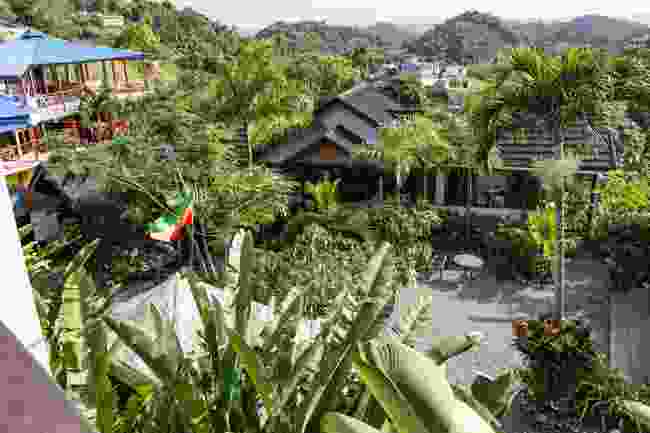 The courtyard of the Bob Marley museum in Nine Mile (Dreamstime)

The tour finally began with a march through Marley’s mother’s house, built after the singer’s death we were told, to see a collection of unexpectedly creepy dolls. Next came a room of gold records and replica guitars.

Our guide gave few details, but treated us instead to a series of hoary jokes about Marley’s father being white and his mother black, landing on an awkward punchline about Barack Obama. 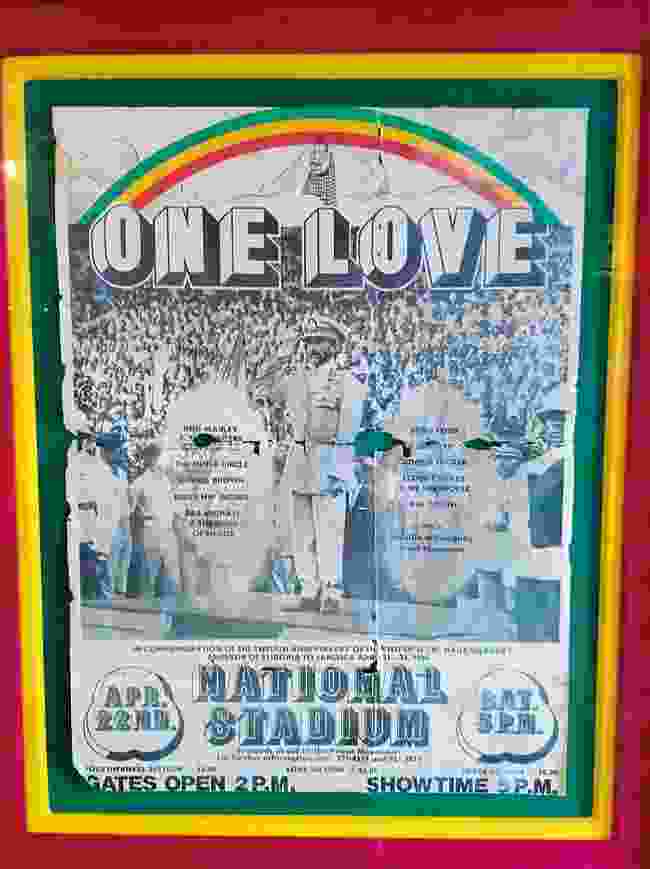 “In one corner, I spotted a glimpse of a tattered poster for the 1978 One Love Peace Concert, where Marley famously joined the hands of Jamaica’s warring political leaders on stage.

It’s a key moment in his life, as there’d been an assassination attempt just two years earlier...

But it wasn’t deemed worthy of mention as the guide bustled us along to the next spending opportunity.” 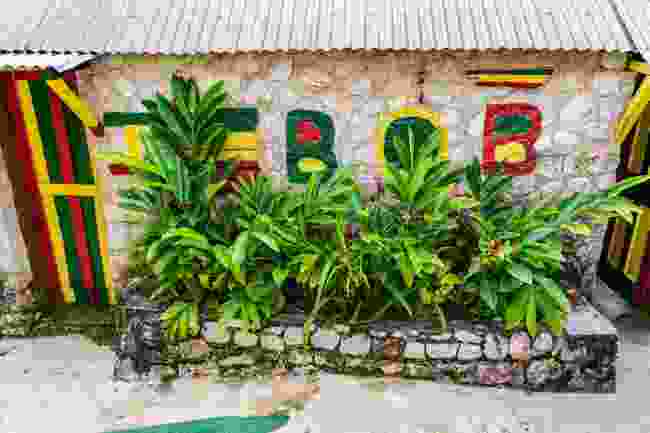 After half an hour we’d seen and learnt little, but it was time for a break. We entered another holding area, where a band struck up a creaky Wailers medley.

We were duly encouraged to buy beer at the bar or maybe a traditional beef patty. As the band asked for tips, I recalled that Marley was said to be vegetarian as well as teetotal. 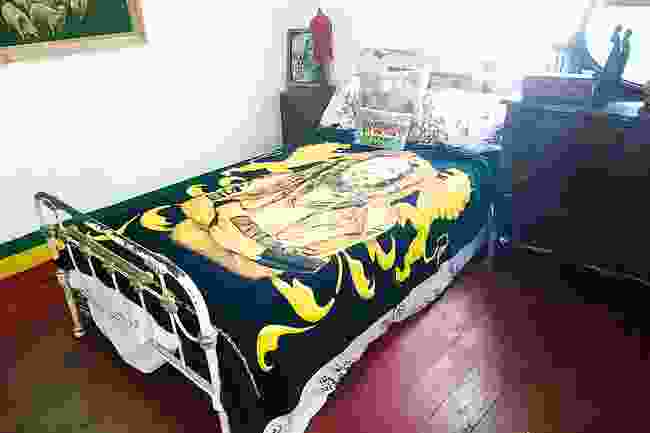 The shack Bob Marley grew up in (Paul Clammer)

Finally, we walked uphill to the tiny shack where Bob Marley slept as a child. It was a humble moment but there was barely enough time to appreciate the Bob Marley beach towel being used as a bedspread, as we were each only given 30 seconds to ﬁle through. The shack opposite was what we’d come to see: the mausoleum.

It has a simple beauty to it, and would have perhaps been very moving if we’d been allowed to quietly contemplate it. Instead, we were held outside under a hot Caribbean sun for ten minutes of jokes about smoking weed. Nevertheless, members of our group lit memorial candles they’d bought at the gift shops, holding on to thoughts of the music that meant so much to them.

Photos weren’t allowed, but the respectful air was rather undercut when our guides insisted, as we started to ﬁle inside, that it was queens before kings, then turned to the men and asked us to admire the women’s ‘bumpers’ as they walked past.

I entered last and eked out nearly a minute in front of the tomb, with its caramel-swirled marble and ornate Ethiopian cross. Other members of the group asked where they should place their candles, only to be briskly told to blow them out and throw them into a box on the floor.

We were shooed out and the door was quickly locked behind us. The exit, of course, was through another gift shop. 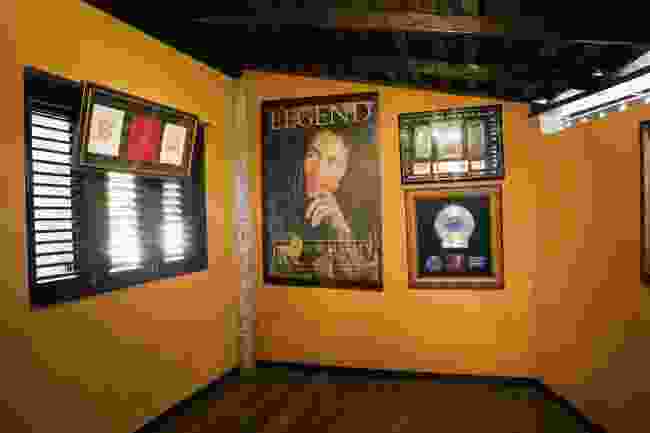 This one at least offered Bob Marley’s back catalogue on vinyl and CD, giving a welcome reminder that nothing can fully erase his music.

But after all the cynicism of the tour, the best place to connect with him, I found, was driving through the Jamaican countryside with Nine Mile disappearing in the rearview mirror.

As I pulled away in the car, I put on the stereo and cued up a track. Exodus never felt so joyfully appropriate.

Read more tales from the road:

Simon Barnes on the joy of stillness in Luangwa Valley