13 blue places around the world guaranteed to soothe your soul

Calm your nerves by visiting one of these striking places around the planet, bathed in shades of turquoise, cyan, dark and bright blue... 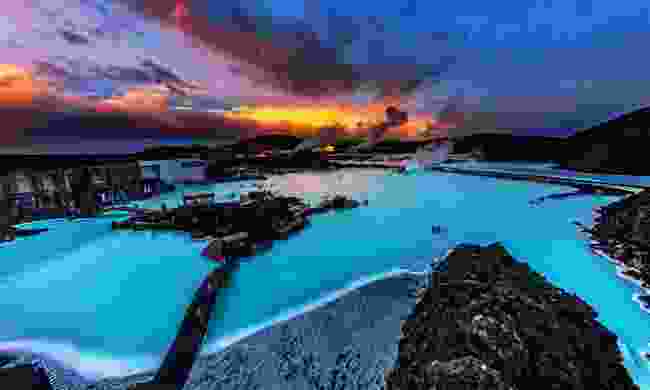 The milky blue colour of Iceland’s most famous hot springs comes from its high silica content. The warm waters are rich in other minerals, too.

Bathing in them is reputed to help some people suffering from skin diseases such as psoriasis. It is also extremely relaxing to swim in, with the water temperature a soothing 37°C.

Off to Iceland? See more of the best day trips on offer 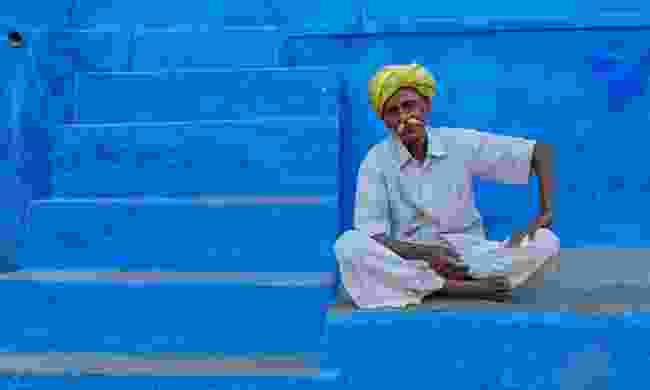 Local man sitting on a step in Jodhpur (Shutterstock)

Known as India’s Blue City, Jodhpur is the second largest city in Rajasthan. It is famous for the 15th century palace that overlooks the city, as well as the kilometres of winding streets painted a soothing shade of blue.

Some say it is in homage to Lord Shiva, one of the chief gods of Hinduism. 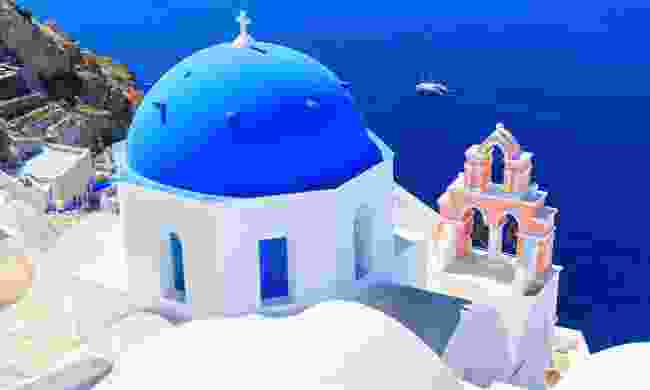 The island of Santorini in Greece is a symphony of blue. It is surround by the startling blue Aegean Sea. It is blessed by equally blue skies for much of the year.

And most of its whitewashed buildings are topped by tiles painted blue. It is said that back in the day, blue paint was cheap and readily available. Now, it is undeniably Greek. 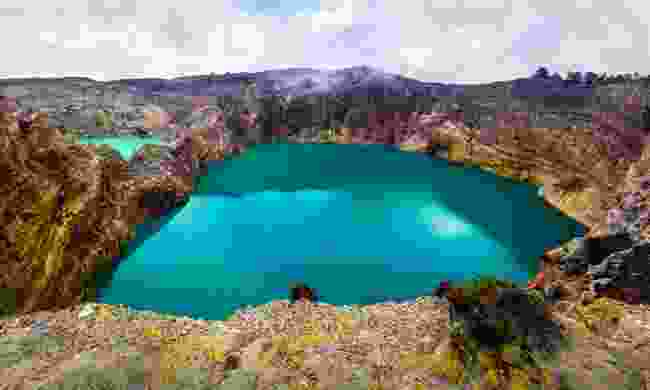 Mount Kelimutu, a volcano in Flores in Indonesia, is famous for the three lakes that sit within its crater. Each lake is a different colour and are considered the final resting place for departed souls.

The blue coloured lake, Tiwu ata Bupu, is regarded as the Lake of the Old People. The other two are for young souls and bewitched souls respectively. 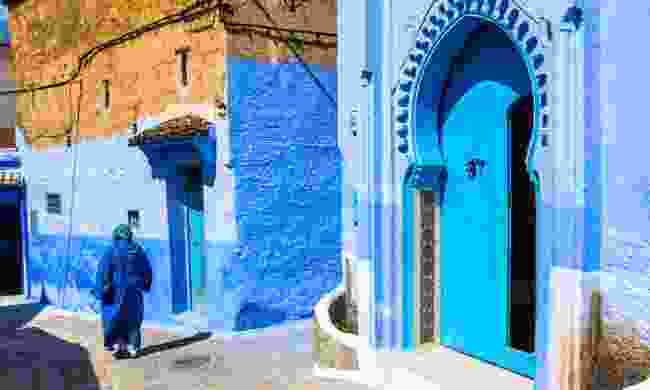 The blue lanes of Chefchaouen (Shutterstock)

Tucked away in the Rif Mountains of northern Morocco, Chefchaouen is relaxed, arty and very blue. There are several theories why.

One is that it keeps the mosquitoes away. Another is that it symbolises the sky and heaven, and serves as a reminder to lead a spiritual life. Or it could be just that it looks good on Instagram.

6. The bluebell woods of England 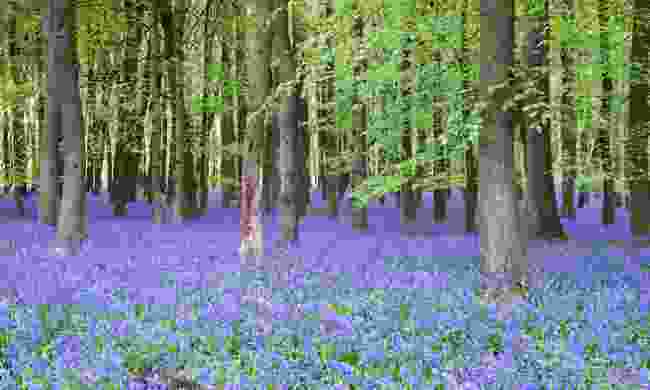 A bluebell wood in England (Shutterstock)

Head into most woods in England in spring and you’re in for a delightful surprise. Not only are the trees getting new leaves, the forest floor is a carpet of indigo as bluebells push up after their winter hibernation.

Regarded as a harbinger of warmer times to come, bluebells are guaranteed to lift the bluest of moods.

Find out where the best UK bluebell woods are 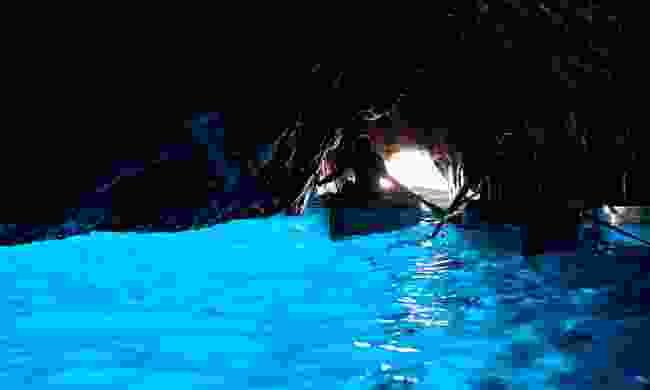 Inside the Blue Grotto (Shutterstock)

The Blue Grotto is a sea cave that’s only accessible by boat on the Italian island of Capri.

Boats jostle outside the tiny entrance, waiting for their turn to go inside where the sunlight shining under the water turns it a luminous shade of blue. Desperate for cash, the whitewashed village of Júzcar in southern Spain agreed to let Sony Espana paint the village blue to promote the release of the Smurfs movie in 2011.

Sony had agreed to paint the village white again when the promotion ended, but the stunt got the village so much publicity and extra visitors that the town fathers decided to keep Júzcar smurf blue. 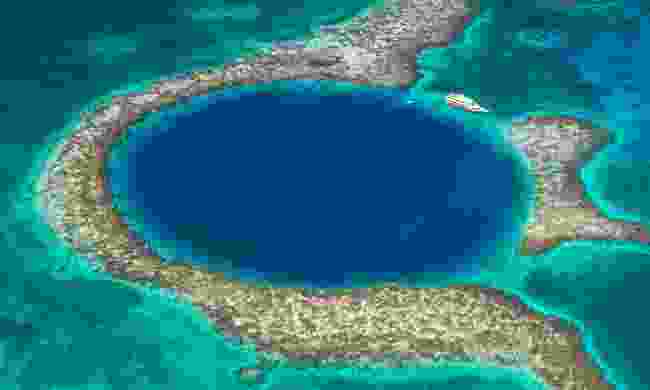 This deep blue hole off the coast of Belize began forming during the Ice Age, when its caverns were flooded with water and created a 400m deep well.

The result is an extraordinary natural phenomenon and one of the most challenging dives on the planet. Its extraordinary depth makes it a challenge for deep divers to stabilise themselves when swimming upwards. 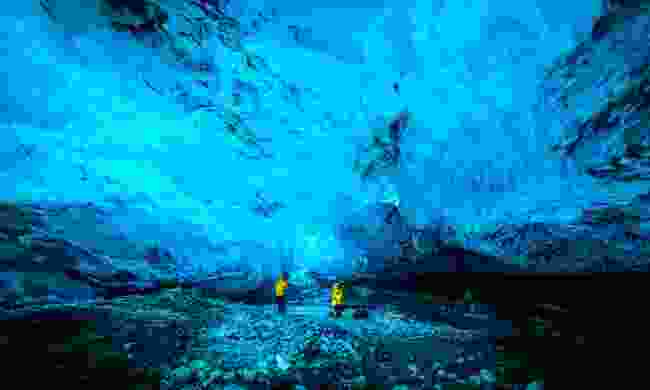 Shaped during the summer by melt water, the extraordinary ice caves below Vatnajökull Glacier are enchanting cathedrals of ice.

No cave looks (or stays) the same. They can only be visited in winter, and only with the proper safety equipment, plus an experienced guide. 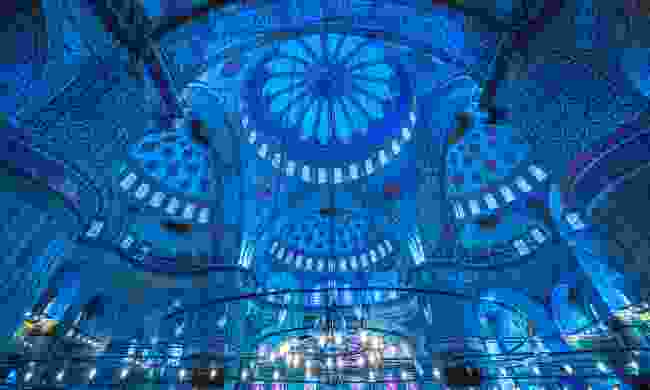 Interior of the Sultanahmet Mosque (Blue Mosque) in Istanbul (Shutterstock)

A drab shade of grey when viewed from the outside, Istanbul’s famous Blue Mosque gets its name from the 20,000 pieces of blue hand-painted tiles decorating its interior.

More than 200 stained glass windows admit natural light, with the time of day and weather varying the intensity of the mosque’s indigo interior. 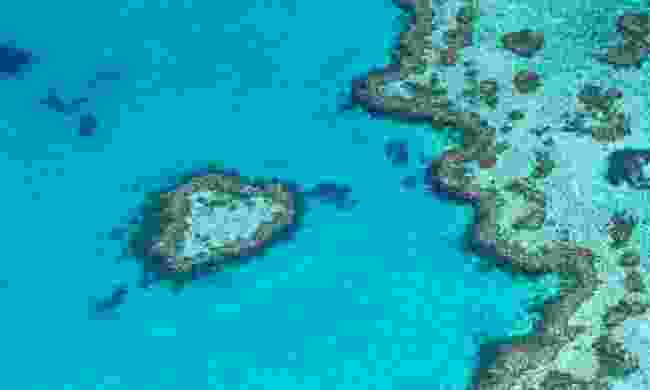 Heart reef from the air (Shutterstock)

There are plenty of beautiful blue places on Australia’s Great Barrier Reef, but none of them are as instantly recognisable as Heart Reef, just off the Whitsunday Islands.

A coral bommie (outcrop) that has formed naturally into the shape of a heart over time, the reef is strictly protected and best seen from the air by small plane or helicopter. 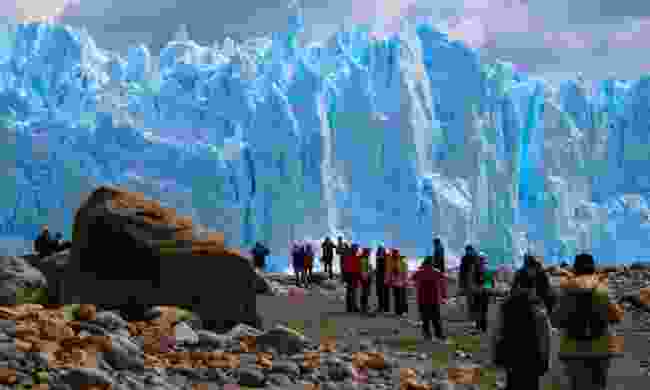 Argentina’s Perito Moreno glacier is one of the bluest – and most accessible - glaciers in the world.

A network of paths and walkways allows visitors to get close to this mesmerising wonder. Be warned, it constantly cracks and groans and calves vast icebergs into the lake below. So cool. So blue.

Other colourful places to visit around the world:

13 yellow places around the world that will brighten your day