Is it that a plane or is it a bird? Look to the skies in the UK this spring and you may be in for a big surprise as formerly persecuted birds have returned to England, Scotland and Wales.. 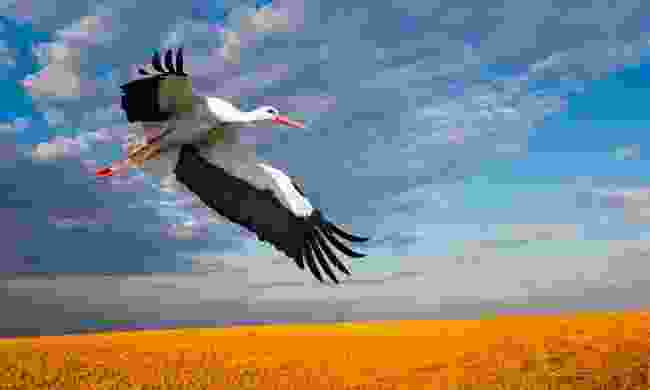 In the Middle Ages, white storks would have been a relatively common site in southern England. Indeed, the Saxon name for the village of Storrington, in Sussex, was originally “Estorchestone”, meaning “the village of the storks”.

The Cotswold Wildlife Park has been running a successful breeding programme, and as a result about 250 birds are being released in Sussex via the White Stork Project with the aim of creating 50 breeding pairs by 2030.

The first wild storks hatched in early May 2020 at the Knepp Estate, with a second nest hatched too. The juveniles migrated and are being tracked on their route. As of April 2021 the adults are back on the nests again. The estate is owned by Charles Burrell and Isabelle Tree, author of the bestseller Wilding which tells the heartening tale of rewilding this 3,500 acre former farm. 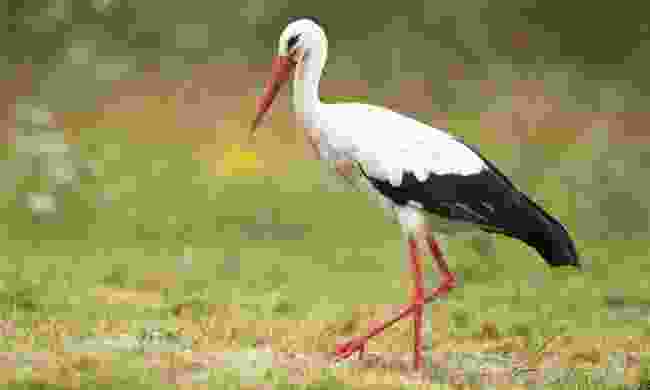 How do I see them?  You can visit Knepp; footpaths cross the grounds but please stick to them. Once it reopens to tourism you can stay there or visit for a safari experience. And keep your eyes peeled when in West Sussex as others are sighted throughout the county. 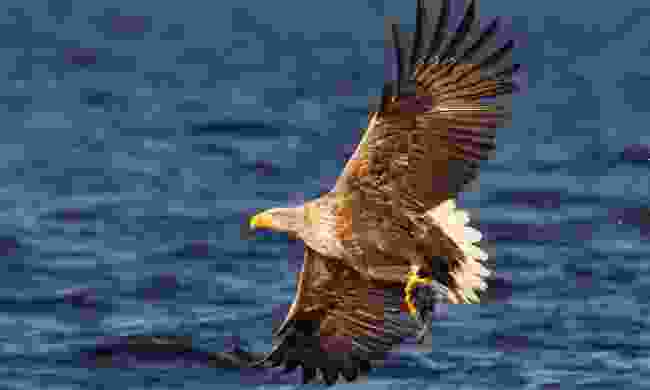 White-tailed eagles have been reintroduced into Scotland (Shutterstock)

Now here’s a bird that’s easy to identify. Otherwise known as a sea eagle, the UK’s largest bird of prey is bigger even than a golden eagle, has double the wingspan of a buzzard, and a distinctive white tail.

Persecution led to the eagles being wiped out throughout the UK, and was lost from England in the late 18th century, and from Scotland in the early 20th century.

However, eagles from Norway have gradually been reintroduced into Scotland and there are now believed to be more than 130 breeding pairs. Originally only found on the west coast they have now been introduced to the east coast too. They have also been reintroduced to Killarney National Park in Ireland where they are successfully breeding.

There is now a project underway to reintroduce them to the Isle of Wight in England over a five-year period. The last breeding pair here was recorded in 1780 but it still offers the perfect habitat and location. The first juveniles were released in August 2019 and having stayed close to base in the first winter (with the exception of one which wintered in Oxfordshire), they were then spotted exploring wide and far over England in 2020, startling unsuspecting people who looked up as one went over. In Spring 2021, some are exploring mainland England others are seen feeding around the isle of Wight where they live primarily on fish (such as mullet) and birds.

And the big new news of 2021 is that they will now be reintroduced to the wide open spaces of Norfolk over a five-year period. 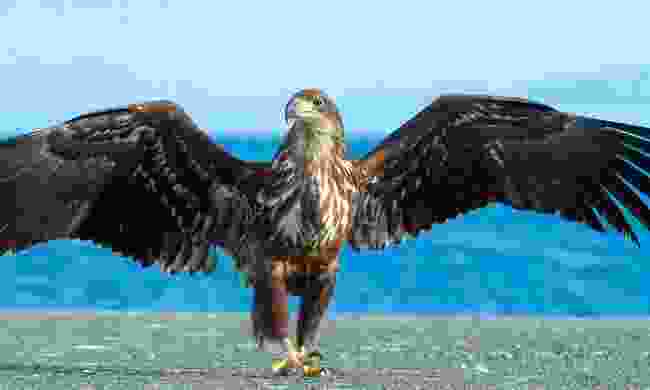 How do I see them? They are visible year round. In Scotland they are most often seen on the islands of Skye and Mull. Follow the websites and social media below for sightings of the Isle of Wight eagles.

More info: You can find out more about the white tailed eagle on the Roy Dennis Wildlife Foundation's website and Twitter page and by following Sea Eagle England on Twitter. 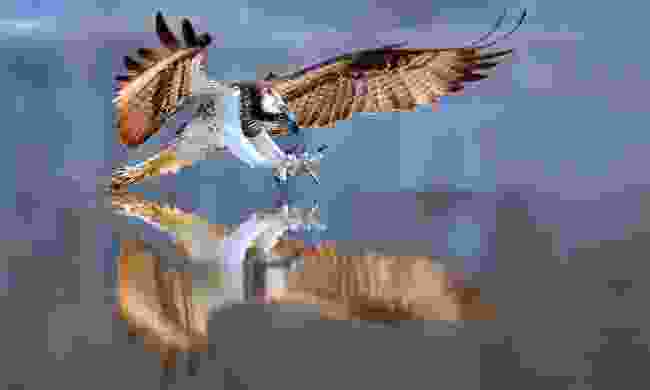 Ospreys made a natural comeback in Scotland, with more than 60 pairs by the 1990s (Shutterstock)

These beautiful birds are a favourite of so many people and the second-most widespread bird of prey in the world, so it is hard to believe that they became extinct in England in the 1840 and Scotland in 1916.

Fortunately, Ospreys made a natural comeback in Scotland, and by the 1990s there were more than 60 pairs. They were reintroduced into England at Rutland Water in 1996 where they are a huge attraction as they swoop down to catch fish, carrying them off in their talons. They are now also found in Cumbria, and at two sites in Wales.

After years of attempting to restore a breeding population to the South Coast naturally, the Poole Harbour Osprey Reintroduction Project was initiated to help spread their population further, with the hope of eventually linking the populations between Rutland, Wales and France.

In this five-year project, initiated in 2017, osprey chicks have been translocated from Scotland and released them in the Poole Harbour area. Ospreys do pass through the area, when on migration, and in 2017 a female called CJ7 - not one of the reintroduced ospreys - settled in a nest for a few weeks. In 2019 she bonded with one of the reintroduced males LS7 but it was too late in the season for them to have a brood. In April 2020 CJ7 returned and hopes were high that LS7 would return too but sadly there was no sign of him.

However, the hot press news in May 2021 is that not only has CJ7 returned but now a male from 2019, 022, has arrived and mated with her! Supporters avidly check the nest on a live webcam - it's more gripping than a soap opera. 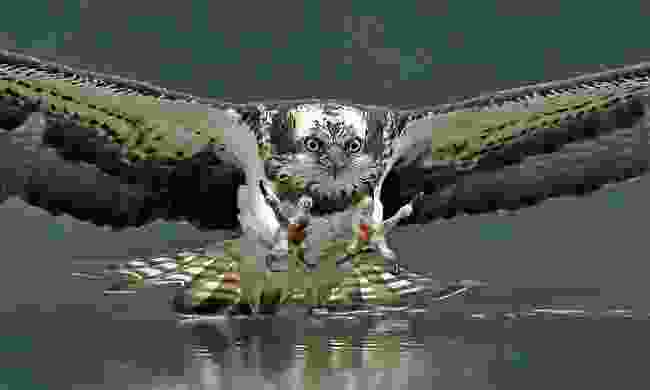 How do I see them? They migrate to Africa in winter, so are usually only visible from April onwards. You’ll have a high chance of a sighting at Rutland Water, and other good spots include Loch Garten and Loch of the Lowes in Scotland. Wales has ospreys at Glaslyn and Dyfi. If in the Poole Harbour area keep checking the skies!

13 times animals took over the streets during lockdown

9 uplifting wildlife and conservation stories we all need to read