9 of the best winter walks in London

Winter brings winter jasmine, flocks of starlings and candyfloss pink skies to London. Make the most of the city on one of these walks, says Sarah Riches 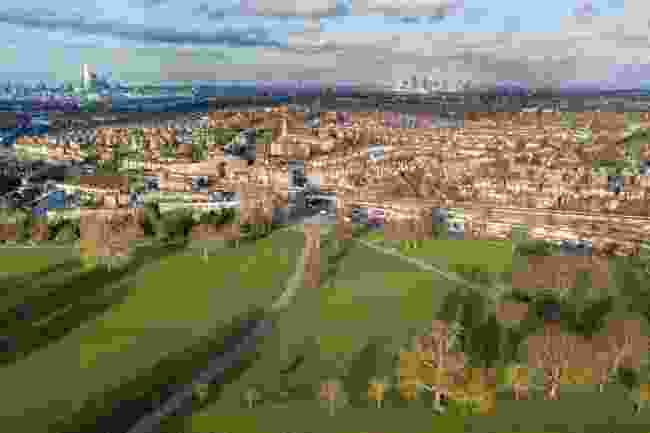 This 51-hectare park near Brixton is best known for its lido, an Art Deco 50m pool which opened in 1937.

But if you can’t face a winter dip then warm up by ambling through the meadows that line the hill up to the Grade II-listed Brockwell Hall.

Behind the hall look out for a 600-year-old oak tree and an old clock tower; beyond that are three ponds and a walled garden. The garden is easily missed but one of the most delightful features of the park, with snowdrops in winter and a pergola tangled with wisteria in spring. 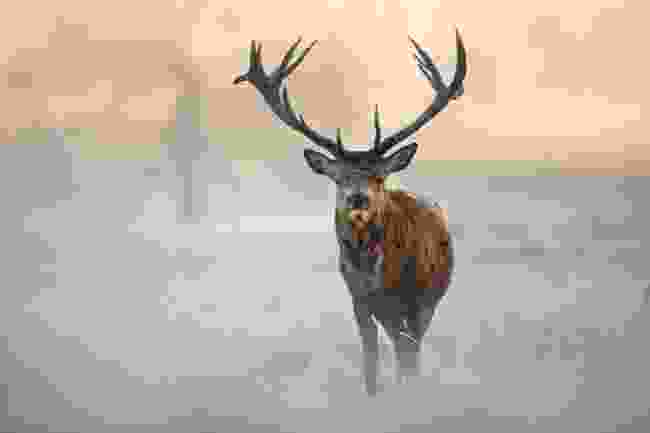 It’s easy – and part of the fun – to get lost on one of the many trails that zig zag through Richmond Park, one of London’s eight royal parks.

The 1,012-hectare space is made up of woodland, grassland and ponds which attract rabbits and foxes, while hedgehogs and bats hibernate in winter.

But the park is best known for its 630 wild red and fallow deer – so have your camera ready if you want to catch the misty breath of one on a frosty day.

Leave the park from a north west exit and grab a takeaway hot drink from Petersham Nurseries before following the path along the River Thames. Along the way you’ll spot hardy rowers and all-weather kayakers. Look out too for Ham House and Garden, a 17th century estate built by a friend of King Charles I. 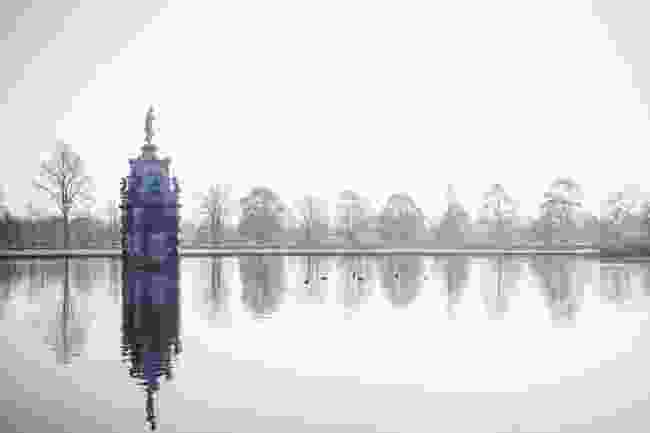 Bushy Park, another royal park, is behind Hampton Court Palace. King Henry VIII’s former hunting ground is set just off the River Thames, so if you’re up for a long walk you can combine a visit with a traipse around Richmond.

Like Richmond Park, the 445-hectare space is home to 320 red and fallow deer. One of the best routes is to follow the Longford River which runs from Upper Lodge Water Gardens – part of an old canal – to Leg-of-Mutton pond. But if that’s too muddy, stick to the mile-long Chestnut Avenue, which divides the park almost in two. If you’re wearing suitable footwear, from the Diana Fountain you can turn on to Lime Avenue. 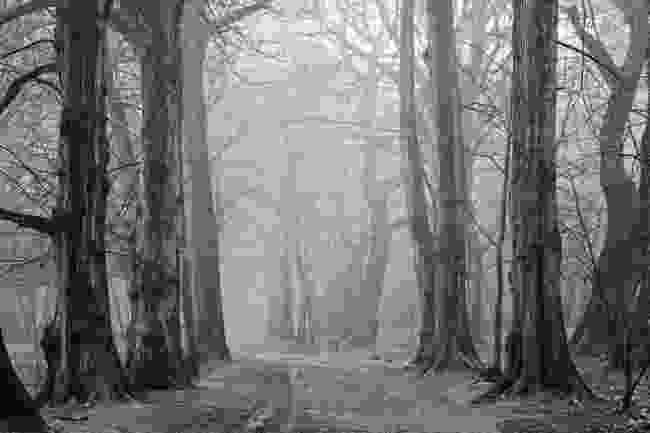 If the ground is frozen then tug on your hiking boots and explore Hampstead Heath, a 320-hectare wood in north London.

The heath has 18 ponds, three of which are reserved for wild swimming. But if you’d rather stay on foot then seek out Parliament Hill, a 98m mound with views of St Paul’s Cathedral and The Shard.

You could also loop the meadow in front of the English Heritage property, Kenwood, or seek out the pergola – a beautiful stone pergola wrapped in vines which dates back to 1905. It’s beautiful in all seasons. On chilly days twitchers might spot redwing, fieldfare, siskins and redpoll. 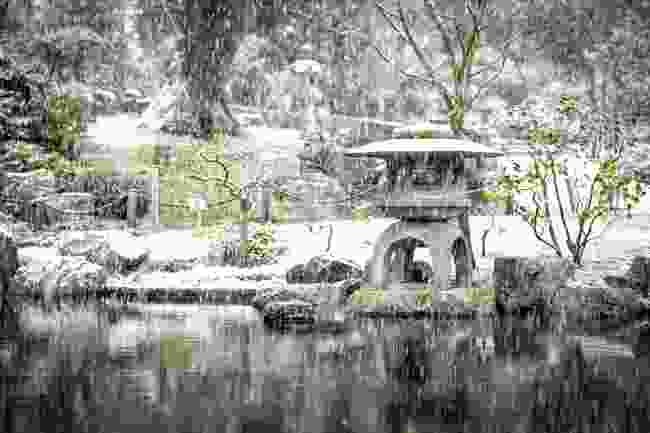 This former early 17th century private garden in Kensington is now open to the public.

Amble around its formal gardens, loop the woodland in the north of the park then follow the path into Kyoto Garden, a Japanese garden with stone lanterns, a waterfall and carp-filled pond. It's especially picturesque under a dusting of snow.

Look out for herring gull and black-headed gull in winter and squirrels and free-roaming peacocks all year round. 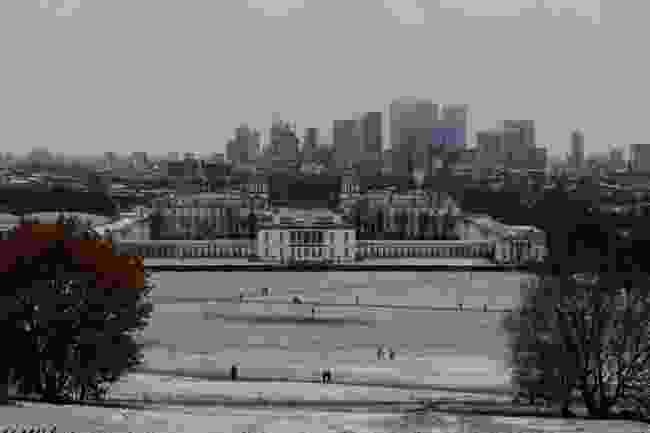 On a crisp winter’s day, there are few better places to be than at the top of Greenwich Park.

The 74-hectare space is part of a UNESCO World Heritage Site, as it overlooks the National Maritime Museum and the Old Royal Naval College, with the River Thames and Canary Wharf in the distance.

Most people only loop the bottom of the park near the children’s playground before puffing their way to the top of the hill, which is home to the Royal Observatory and the Meridian Line – the official starting point for each new day. But it’s worth visiting the south of the park, as there’s a bandstand, pond and deer park in the south east corner. For a longer walk, cross Charlton Way and circle Blackheath Common, a windswept 101-hectare heath. 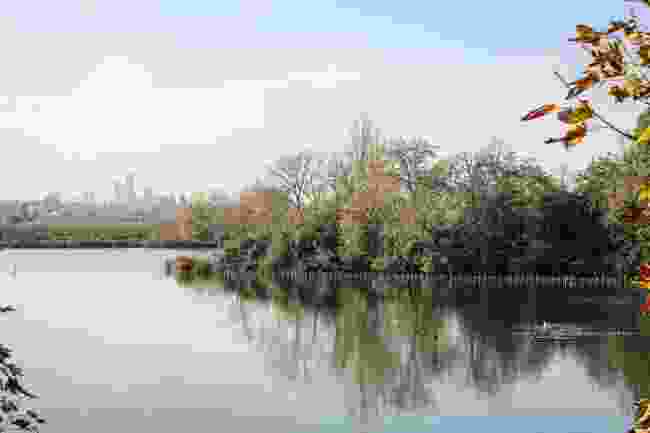 This nature reserve, a few minutes’ walk from Tottenham Hale tube, is made up of 10 reservoirs. While you can’t really get lost, the viewing platform in the Grade II-listed Coppermill Tower in the centre of the grounds is a handy spot in which to get your bearings.

A 2km trail cuts through the wetlands. If you’re lucky, the hide may be open, from which you may spot cormorant, firecrest and rose-chested bullfinch. While the reservoirs supply water to 3.5 million people, anglers with a permit are allowed to fish for carp, bream, rainbow trout and eel. 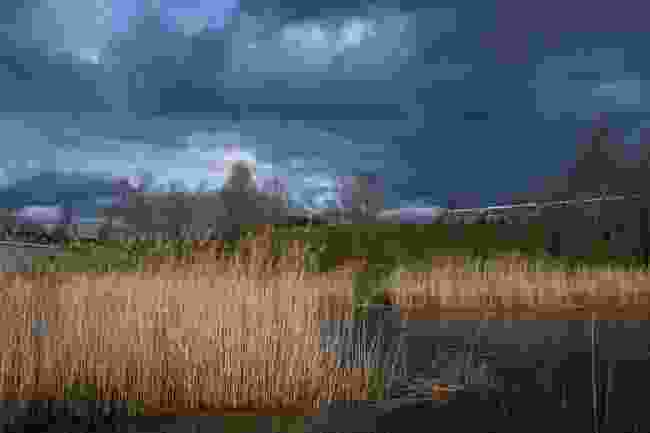 From Walthamstow Wetlands you can follow the River Lea south past Springfield Park to explore Lea Valley.

Cross over the bridge at the bottom of the park and follow the trail through Lea Valley Marina to Hackney Marshes, an area dubbed the Hackney Riviera.

The woodland trail, which is framed by a tunnel of mature trees in parts, runs parallel to the river. Along the way you might spot cows and horses, and if you keep going, you’ll end up in Queen Elizabeth Olympic Park. The River Thames is further south. 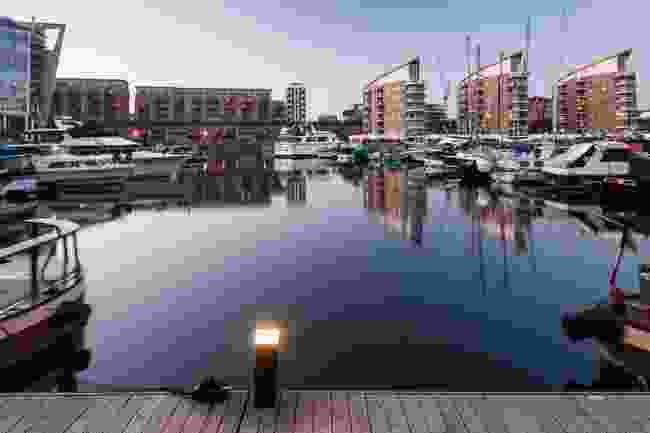 Connecting the Grand Union Canal in west London to the River Thames in the east, the Regent’s Canal makes for a classic winter walk.

Follow the towpath from Angel to Limehouse and you’ll pass locks, cafes and Broadway Market, which guides you to London Fields. Return to the canal and continue to Victoria Park. Loop the Chinese pagoda, which is set within a boating lake, then circle around East Lake, the model boating lake and old English garden.

If you want to walk further, continue south to Mile End Park and on to Limehouse Basin.