From Vietnam to Sri Lanka, Borneo to Thailand, South-East Asia's national parks have some of the world’s most fascinating wildlife, including orangutans, elephants and even 'dragons'... 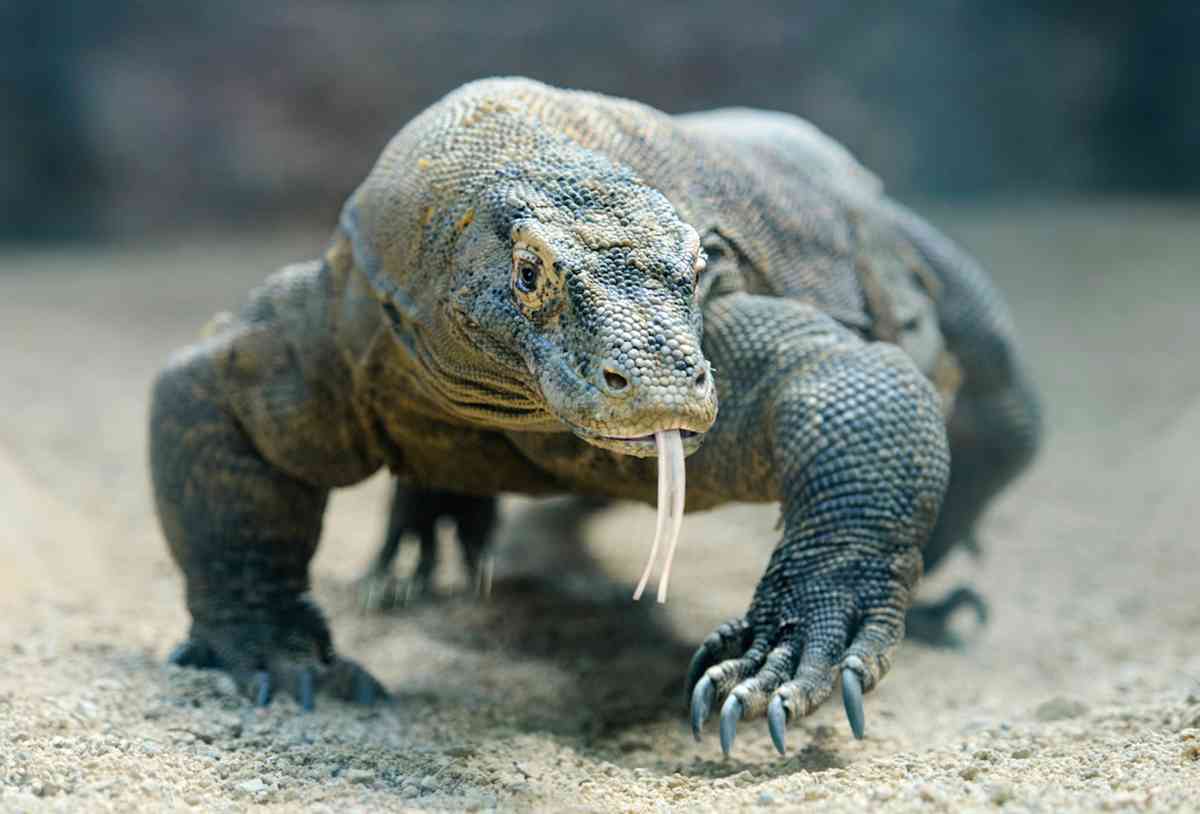 There’s no need for Game of Thrones or The Lord of the Rings. Here on Earth, specifically in Indonesia, it’s easy to see real life dragons.

The UNESCO World Heritage Site is the only place in the world to see the Komodo dragon, the world’s largest lizard.

Also known as the Komodo Monitor, the giant lizards are found on the Indonesian islands including Komodo, Flores, Rinca and Padar. The scaly giants can grow up to three metres in length, weigh in at up to as much as 70 kilograms.

While the dragons are the main attraction, this region also offers some of the world’s best diving, with a chance to see manta rays, tropical fish, sharks, turtles, Pygmy sea horses, dolphins and more among the vibrant underwater worlds. 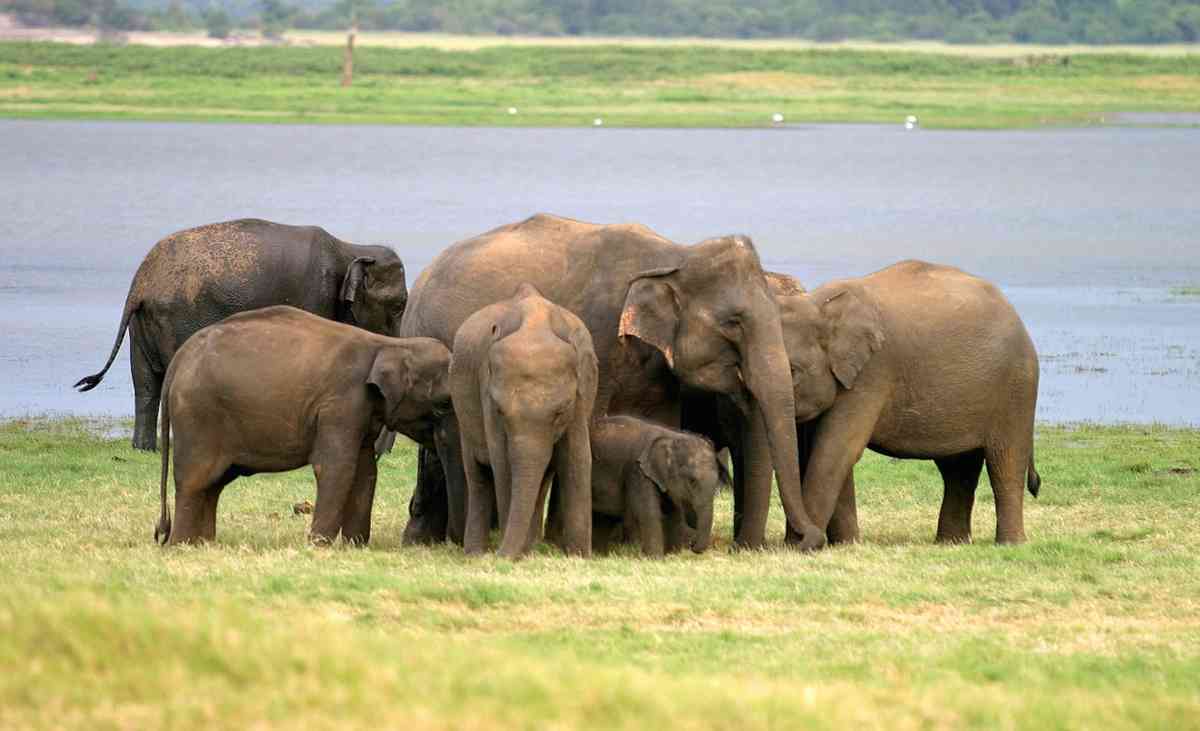 The elephant gathering in Minneriya National Park is the largest recurring gathering of Asian elephants known to exist anywhere on earth. Over 300 of them congregate here every September and October to graze, drink, bathe, play and even find mates, forming a wall of grey around the watering areas.

Over 170 bird species have also been recorded in the national park, including large flocks of cormorants.

It’s worth putting time aside too to visit the nearby ruined monasteries and palaces of Polonnaruwa. 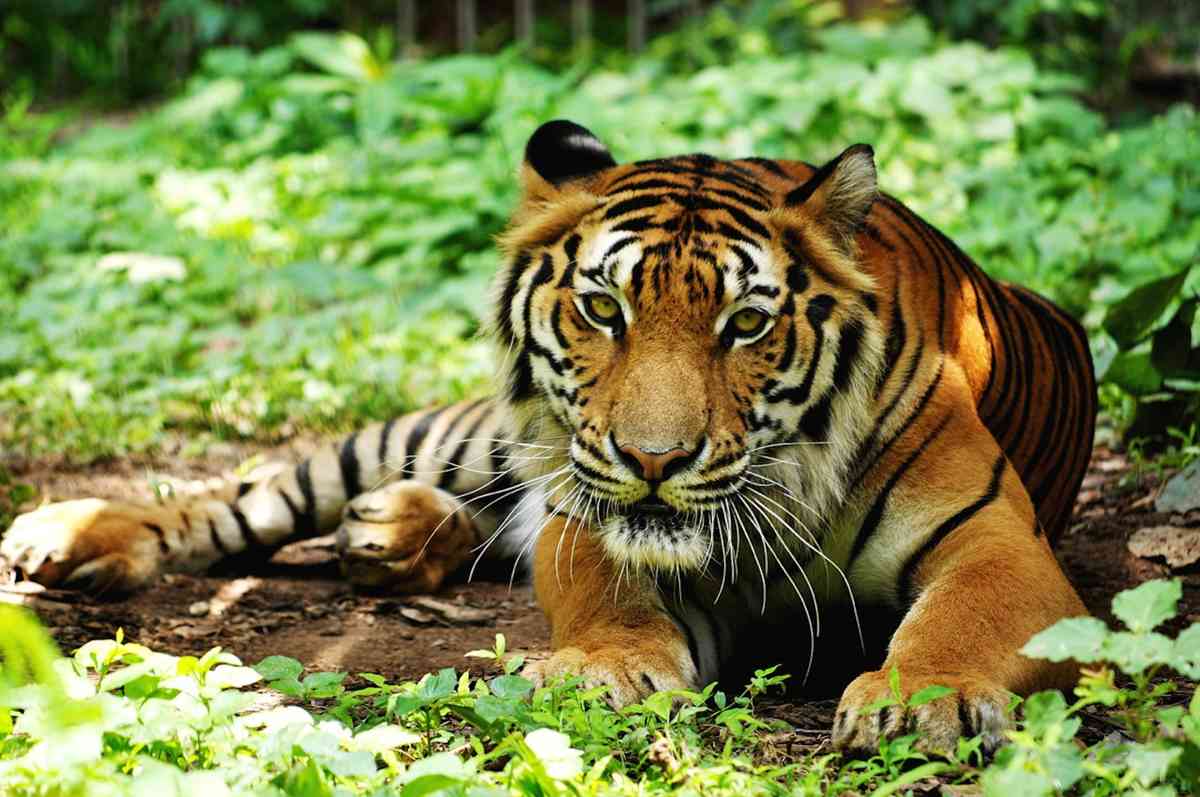 The Cardamom mountains are home to some of the thickest, wildlife-filled rainforests in Southeast Asia.

There was positive news here in 2016 when the Cambodian government turned more than a million acres of land across the mountains into the protected Southern Cardamom National Park, which will combine with six existing national parks to create a vast 4.5 million acre protected wildlife corridor.

It’s thought the Cardamom mountains are home to thousands of as-yet-undiscovered species of flora and fauna, much of which was at risk of disappearing without conservation efforts.

The area was previously one of the last refuges of the Khmer Rouge and an off-limits war zone, with the landmines still being cleared. Today, Wildlife Alliance, Rainforest Trust and local organisations have worked to protect the bio-diverse region from logging, mining and industrial development, while locals have found jobs in the park, including poachers now employed as expert guides and rangers to protect the animals they previously hunted. 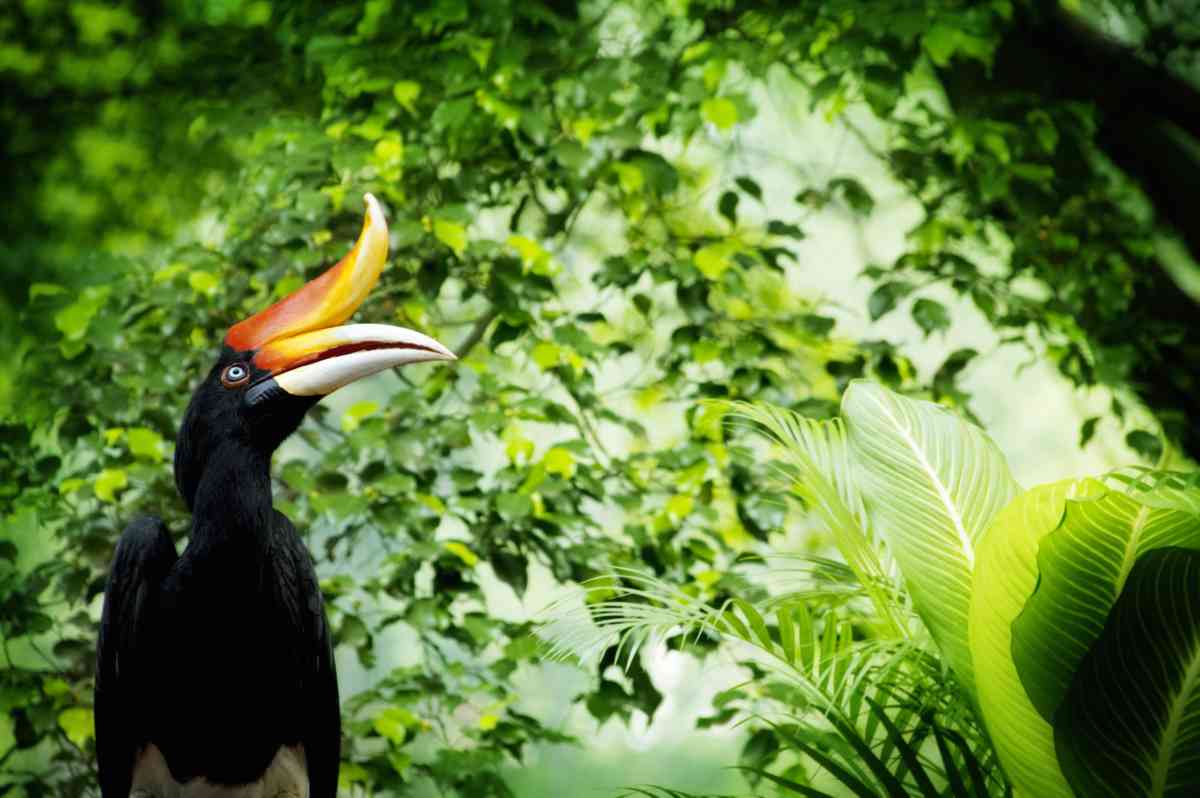 Malaysia is making renewed efforts in 2017 to protect its prized wildlife. Taman Negara National Park is one of the places where the country’s conservation efforts began, though. The first officially protected area in Malaysia, it’s the country’s largest national park and one of the world’s oldest rainforests.

It can be tricky to spot local residents, such as the Asian elephant, rhinoceros, clouded leopard and tiger. But to come to Taman Negara is a chance to experience wildlife in one of the world’s most untouched primary rainforests. 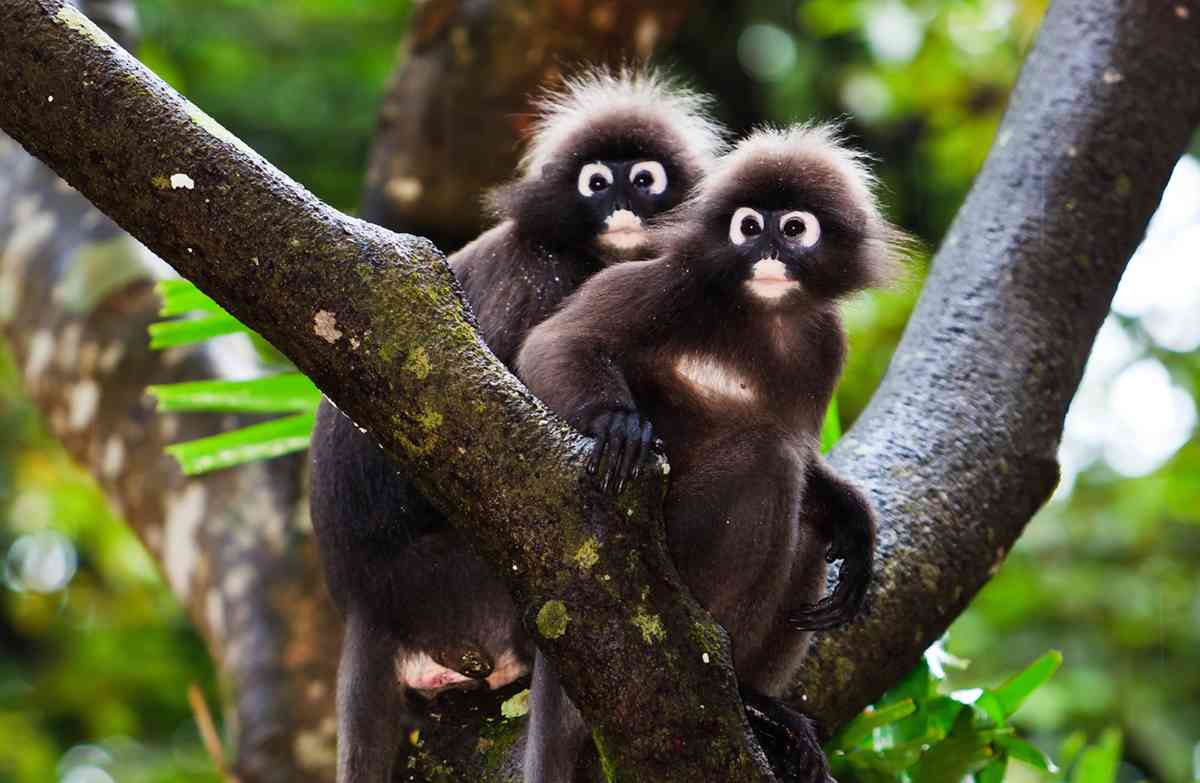 You’ll have a better chance of seeing primates, including a funny-looking monkey (the dusky-leaf monkey or spectacled langur), lizards, snakes, deer and the Asian tapir.

The 4343 square kilometre national park is home to over 50 species of birds, including the great hornbill whose eye-catching size and colour means it plays a role in local tribal rituals and ceremonies. 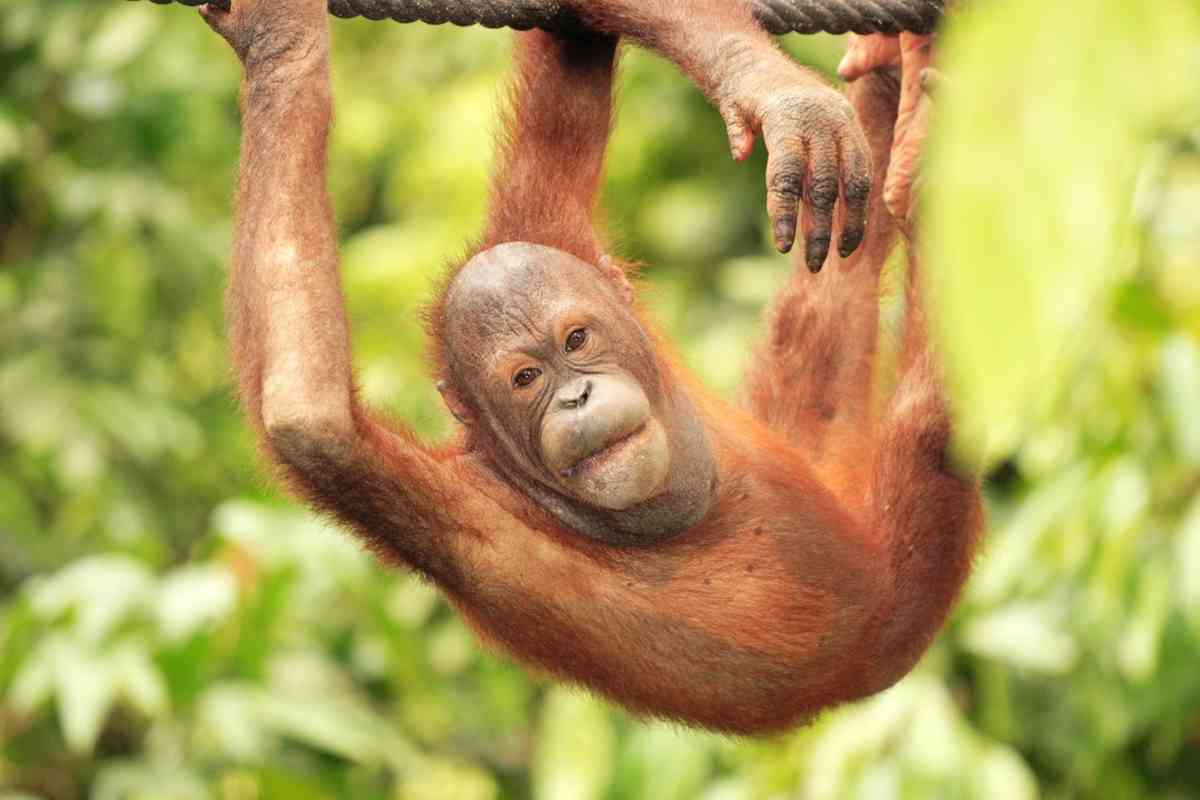 Wildlife lovers exploring Malaysia might also want to take a short flight across the water to Sabah. As well as being home to the Batu Caves, whose exodus of hundreds of thousands of bats from the caves each evening is a mighty spectacle to behold, the region is also one of the best opportunities to see orangutans.

Sightings in the wild are rare, as the shy and elusive animals, who’ve learned to fear humans, are likely to bolt at the sign or sound of people, leaving many travellers with just a glimpse of orange fur disappearing into the forest.

For a close look, head instead to Sepilok Rehabilitation Centre, one of only three orangutan sanctuaries in the world. Orangutans are still essentially wild here, but they’re fed by rangers and habituated enough to human presence to not mind being gawped at in fairly close proximity.

It’s a great chance to see adult and infants going about daily life, resting, eating, grooming, plus acrobatically swinging and dangling from vines and tree branches. 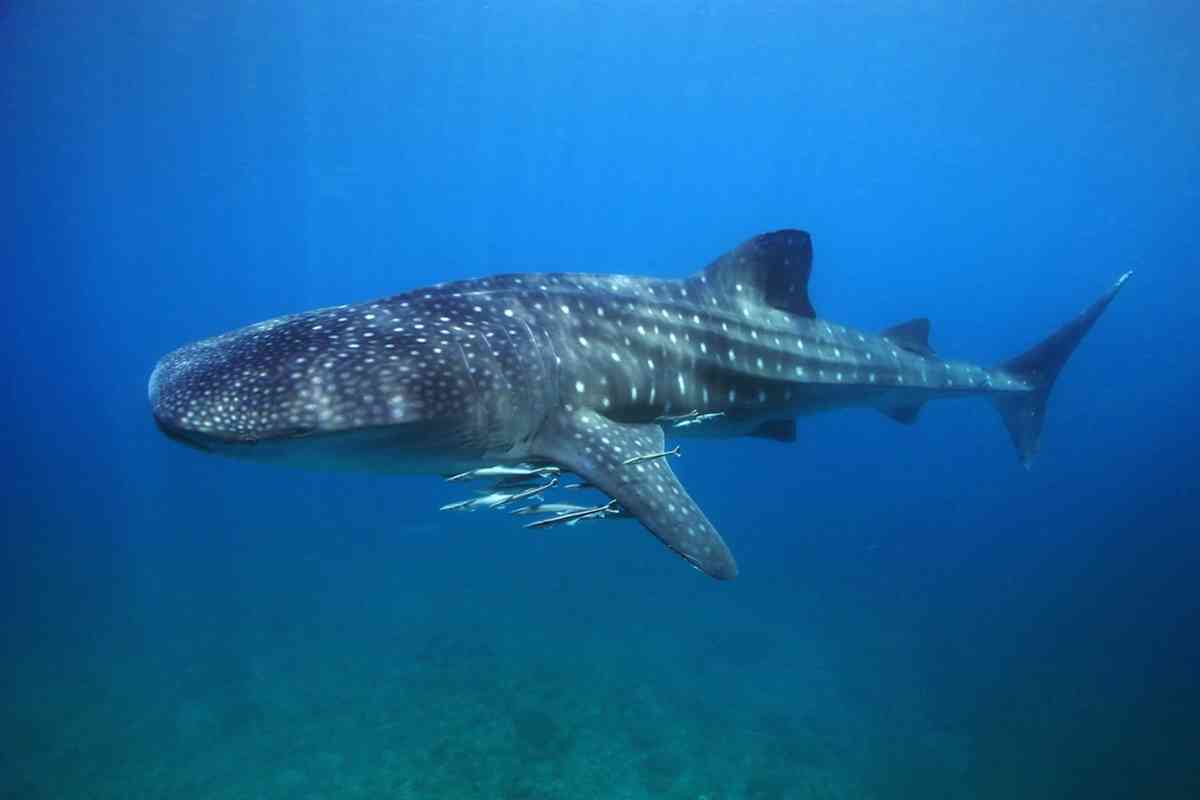 There’s a good reason why swimming with whale sharks is on many travellers’ Bucket Lists: sharing the water with a spotted fish as big as a truck is an absolutely unforgettable wildlife experience.

Donsol Bay in the Philippines, off the laidback fishing island of Luzon, is one of the world’s whale shark capitals, with sightings all but guaranteed.

Boat tours cruise the bay, with spotters high up on the deck or rigging looking for whale sharks. Once spotted, it’s time to quickly put on masks and snorkels, and go for a memorable swim with the mighty behemoth. Over the course of three or four hours out in the Bay, you could swim with three, four or more whale sharks.

WWF Phillippines has been in the area since 1998, helping local authorities run the tours as community-based ecotourism, though the rules limiting the number of swimmers around a whale shark at any time are, as with lions in Kenya, not obeyed as strictly as they should be.

The whale sharks usually arrive in the local waters between November and June, with the peak season from February to April. 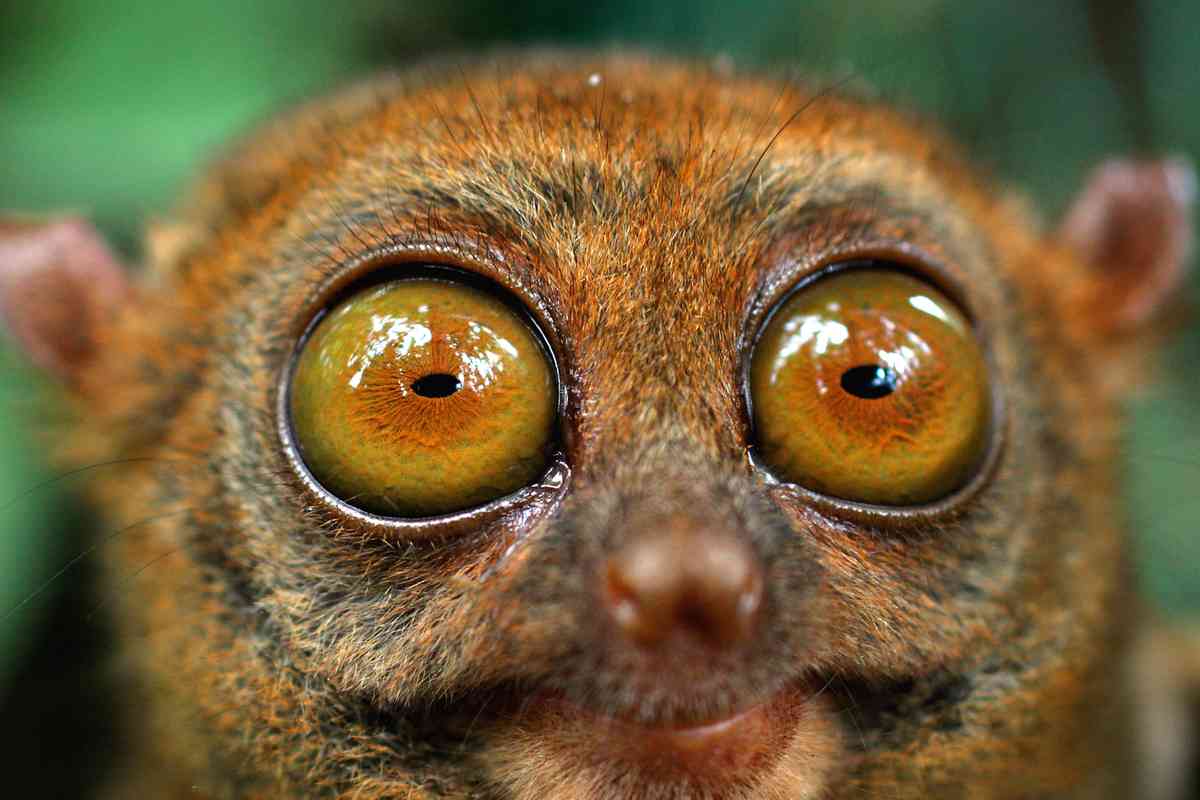 Very much the ‘David’ to the Philippines’ whale shark ‘Goliath’, tarsiers are one of the tiniest and cutest animals you’re ever likely to come across, with palm-sized bodies and huge eyes popping out of their heads.

One of the world’s smallest primates, they’re part of the Tarsiidae family, rather than monkeys, as they’re sometimes wrongly referred to.

Their cuteness previously saw them at risk, as locals forced the shy and easily stressed little beasts to pose for photos with tourists. They were also kept as caged pets, another cause of damaging anxiety. Such practices are now illegal and the tarsiers are protected by the Indonesian government. 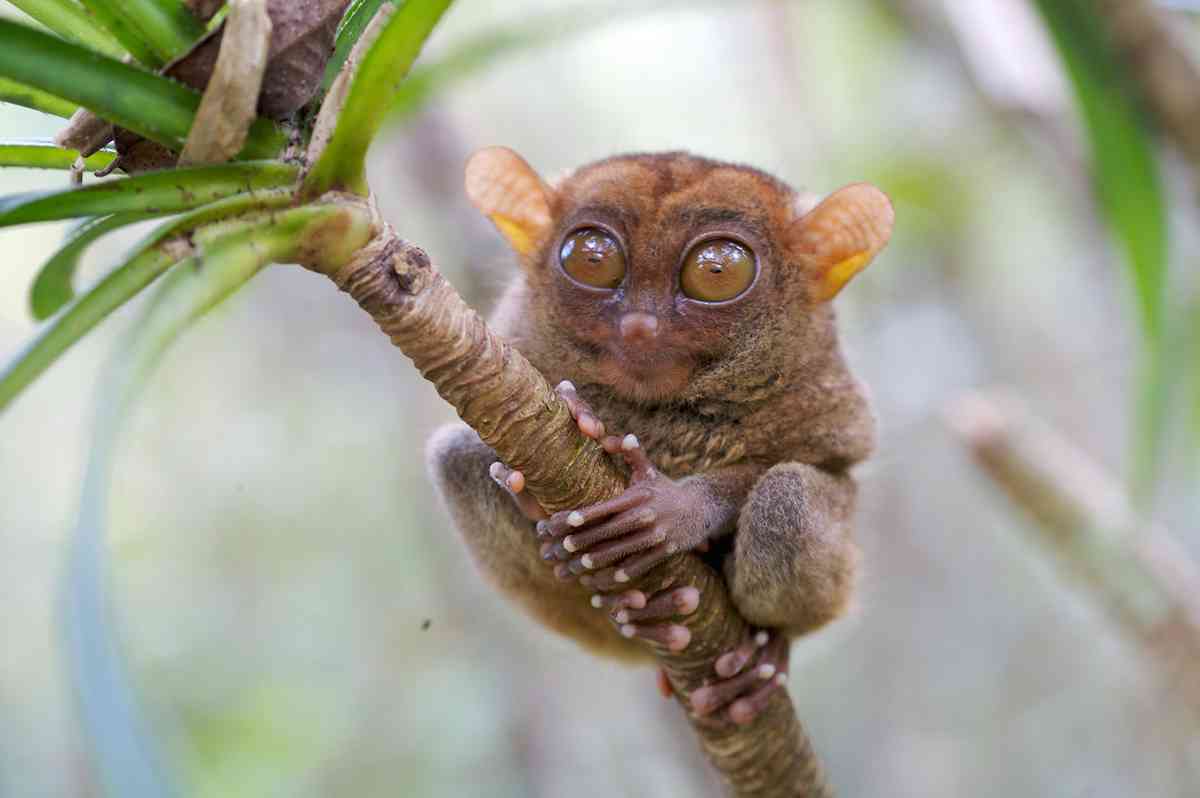 Bohol is the place to find them, the same island that’s home to the tasty-looking Chocolate Hills, with two key options: the Tarsier Sanctuary, near Corella, and the Tarsier Conservation Area, near Loboc.

Tarsiers are quite easy to find with the help of local rangers, as they have favourite positions in the trees that they like to sit in each day, clinging to the branches with strange alien-esque fingers, staring back at you with their big bulging eyes.

Take a good photo (from a respectful distance) and prepare for your Instagram account to go into overdrive. Turtle on beach on Phuket (Dreamstime)

Thailand's most popular and busiest holiday island, Phuket might not seem an obvious choice for a wildlife hotspot. Mai Khao, though, continues to be one of the few Phuket beaches that welcome nesting turtles.

Eggs are rescued from surrounding beaches, where the natural, peaceful environment they need isn’t always easy to find. The eggs are then given to the Phuket Marine Biological Centre (PMBC) and Royal Thai Navy who provide a safe home for them to hatch and time for the young turtles to gain strength before finding their true home in the ocean.

That's part of the work of the Mai Khao Marine Turtle Foundation, the winner of the Thailand Green Excellence Awards 2016.

The Foundation works not only to protect leatherbacks and other turtles, but also educates tourists and local schoolchildren about the plight of sea turtles and ways to help them them. They also collaborate with hotels and local communities, schools, universities, government organisations and other NGOs to make conservation part of local practices.

Thanks to them and other conservation projects in the country, divers and snorkelers can continue to see good numbers of turtles in the country’s waters. 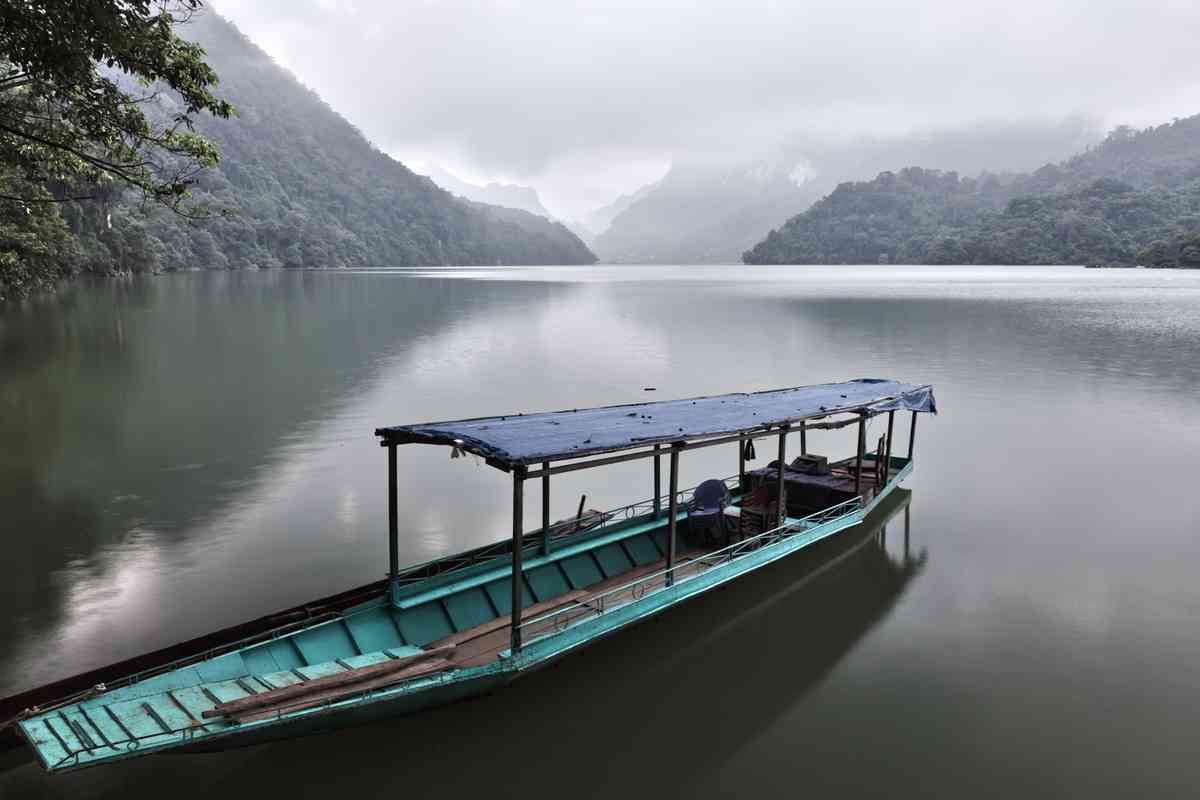 This national park in remote northeast Vietnam, also known as Ba Be Lakes, was set up in 1992, becoming the country’s eighth national park.

100 square kilometres of land are populated by limestone karsts, mountains in height, glistening lakes and lush green forests, all of which are home to an array of wildlife species, including the unique and endangered creatures such as the pangolin, the Vietnamese Salamander and Tonkin snub-nosed langur monkeys. 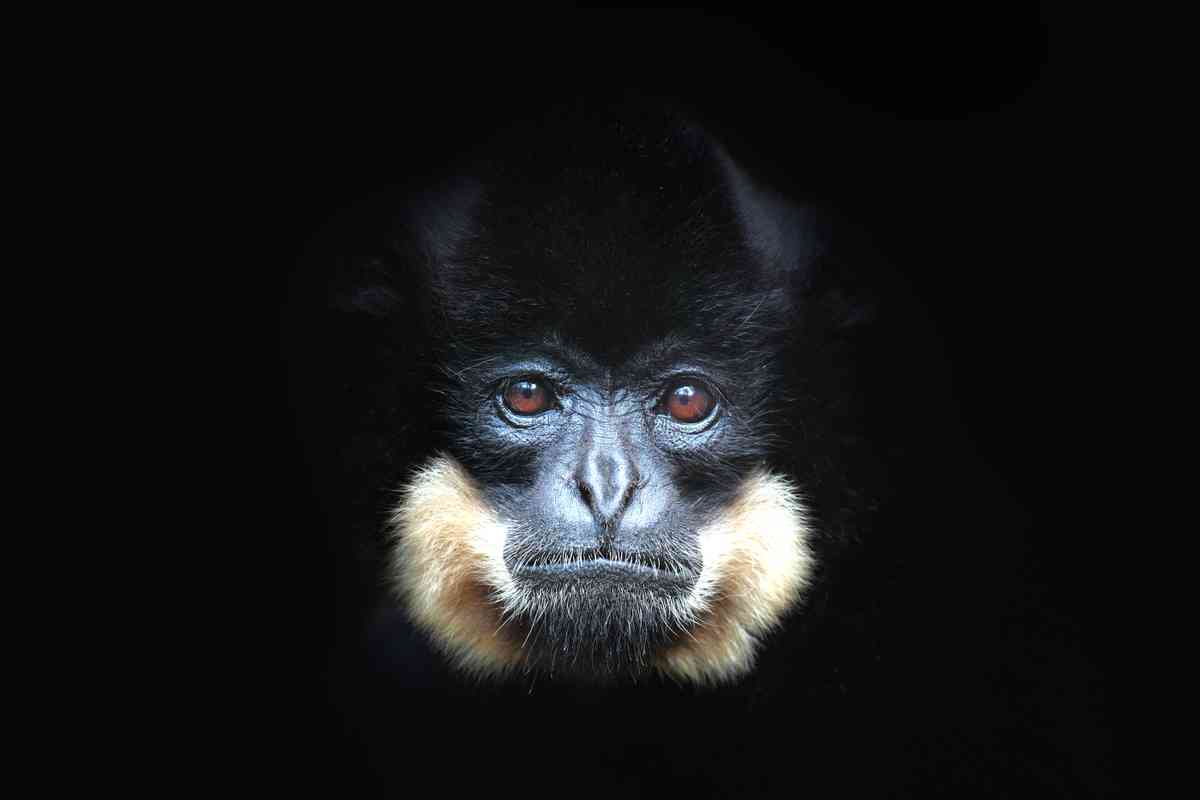 There are more than 550 known plant species in this rainforest region, and more than 220 bird species, of which it’s worth looking out for the likes of serpent eagles, the oriental honey buzzard, herons and colourful flocks of parrots. More than 350 butterflies, more than 100 species of fish and four different kinds of turtle add even more colour and life to the park.

Boat trips offer the opportunity to visit local caves, waterfalls and some of the 13 different tribal villages, including Hmong and Tay minorities. 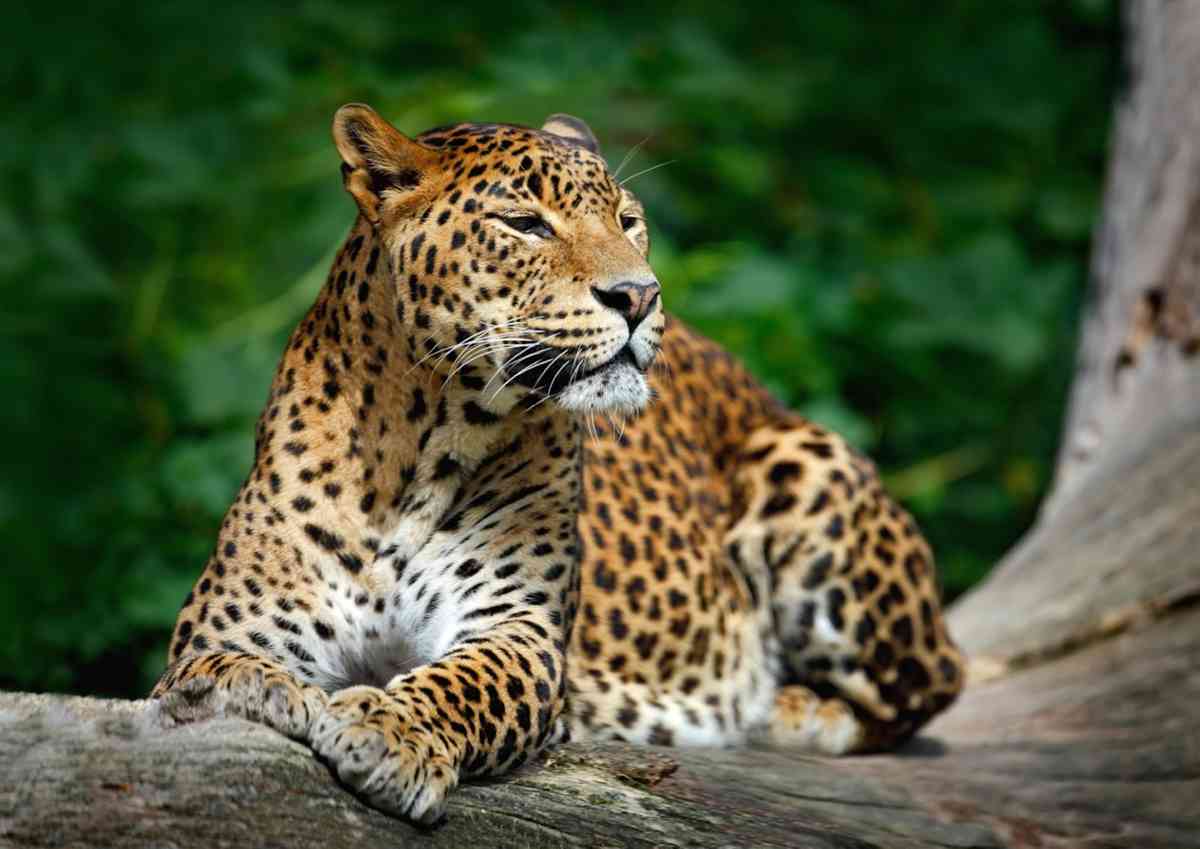 A protected area sprawling out across more than 900 square kilometres, Yala National Park is one of Sri Lanka's largest national parks, as well as it’s most popular.

Putting it’s time as a hunting ground during British colonial rule in the past, the park, situated in the southeast of the country, is a stomping ground for a healthy population of Sri Lankan leopard, the highest density of leopards in Asia..

During June and July when the palu trees are in fruit, sloth bears are often seen. Other animals you might spot include sambar (a kind of deer), spotted deer, buffalo, wild pig, stripe-necked and ruddy mongooses, Langur monkey, toque monkey, golden jackal, Indian palm civets, and crocodiles. 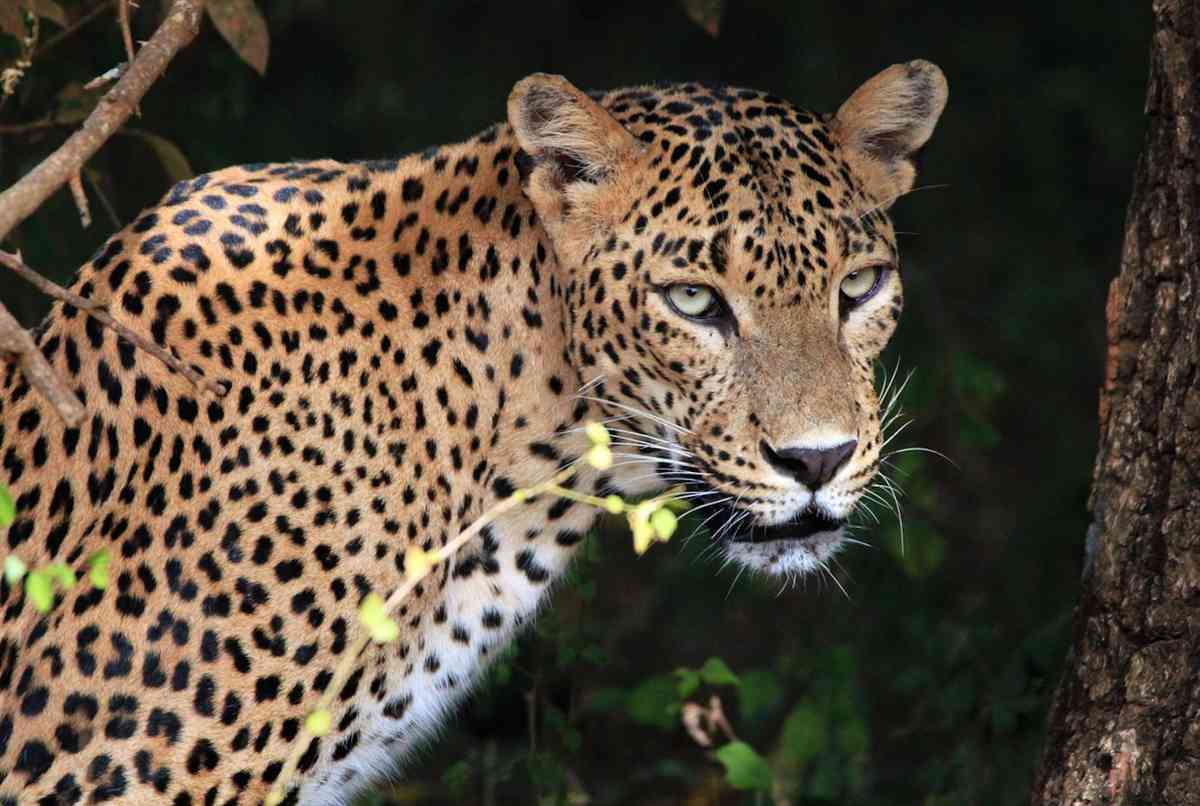 Leopard looking out from trees (Dreamstime)

Yala's wetlands, shallow lagoons and untouched coastline make it a reliable choice to view a variety of around 400 colourful and varied recorded bird species, including 33 that are rare and endemic. Look out for black-necked storks and blue-tailed bee-eaters.

For the most reliable wildlife sightings, visit Yala in the dry season, from February to June. With water levels lower, it's easier to spot animals moving around to and from drinking spots.