7 of the best walks along Scotland's west coast

With breathtaking vistas, hills and rocky headlands leading on to isolated beaches, ancient castles and a dazzling white lighthouse, it's no wonder the west coast of Scotland is a hot spot for walkers...

Around every corner of Scotland’s west coast there’s yet another breathtaking vista, inviting ramblers to wander over moorland, hills and rocky headlands to isolated beaches, ancient castles and dazzling white lighthouses. It's official: the western region of Scotland offers some of the best coastal walks in the world.

Here are 7 of the best walks on the west coast of Scotland... 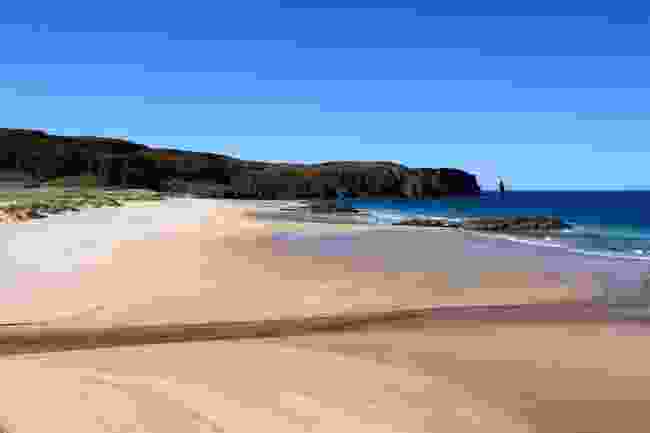 The further north you go on Scotland’s west coast, the wilder, emptier and purer the beaches seem to be. Sandwood Bay boasts one of the most beautiful strands in Britain, but to reach it you have to take on a challenging five-mile hike over isolated moorland.

The stunning mile-long beach of white sand at the end is well worth the effort. Feel the wind in your face as you gaze out to the sea stack of Am Buachaille, and the rugged headlands beyond stretching north to Cape Wrath.

Opposite Blairmore car park, a wide moorland track leads to Loch na Gainimh and Loch a Mhuilinn. Continue on to Sandwood Loch with its ruined house (said to be haunted by a mariner) before dropping down through the dunes to Sandwood Bay. Explore the beach, have a picnic and look out for dolphins before retracing your steps to Blairmore.

2. Stac Polly: Around The Mountain 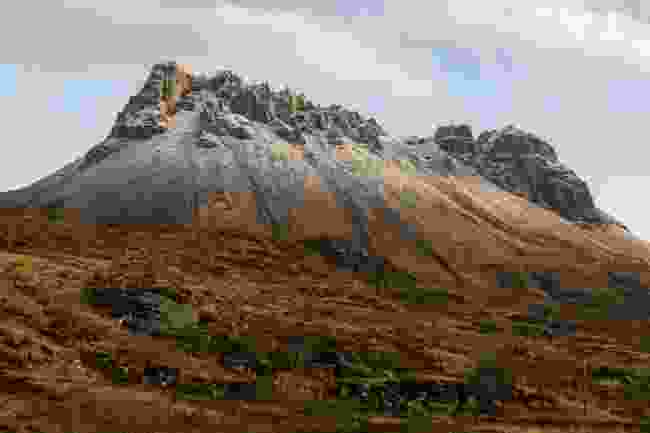 Sitting in splendid isolation, Stac Polly (Stac Pollaidh) seems to rise straight from the moors. This small but challenging mountain of pinnacles and deep gullies is not for the fainthearted, but the three-mile hike around its base and scramble to the highest point on the east ridge is both manageable and beautiful. Along the route, the views across Assynt to the coast at Achiltibuie and the Summer Isles are superb.

From the car park at the bottom of Stac Polly head up the well-defined track. Follow the path around the base of the mountain, keeping left. On the northeast side of the mountain, take the main path to climb to the higher point on the east ridge, a short, easy scramble.

Don’t attempt the climb along the narrow, broken ridge to the summit unless you’re an experienced climber. Return to the path that circles the mountain and continue round the east side of Stac Pollaidh and down to the car park.

3. Culduie: Along The Coral Beaches 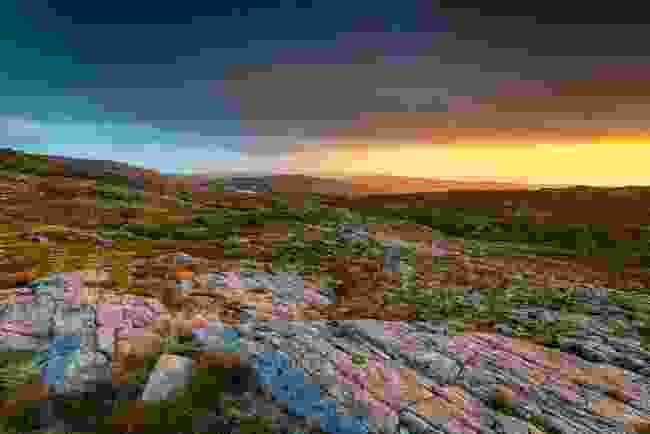 It takes some courage to drive over The Pass of the Cattle to Applecross, but it’s well worth the hair-raising drive to access this stunning four-mile walk across an ancient moorland track to a pair of alluring coral beaches.

Park at Strathcarron, south of Culduie, and follow the minor road in the direction of Aird-Dhubh. After a short distance, a sign on the left points to a well-defined track heading over the moors. At the junction, follow the sign for Ard Ban, skirting Poll Domhain Bay to reach the first coral beach. The coral is actually calcified seaweed, but manifests as a gorgeous, shimmering pink.

Return to the signposted junction and turn right this time for the second coral beach. Head across marshy land, then follow the signpost marked ‘Coral Beach,’ this one even more beautiful than the first when the tide is out. Return by the same route.

4. The Silver Sands of Morar: A Relaxed Stroll 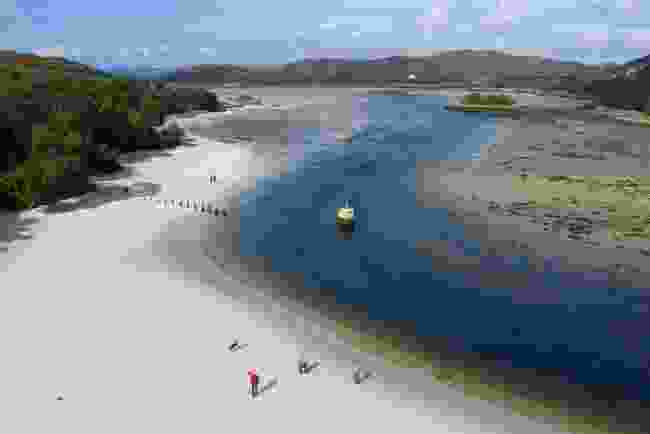 The Silver Sands of Morar (Shutterstock)

This relaxed one-mile walk follows The Silver Sands of Morar along the river estuary. It’s a magical place of rocky inlets, turquoise waters and pale strands backed by dunes and trees.

As you turn onto the B8008, signposted The Silver Sands (three miles south of Mallaig), park in the first available lay-by. Cross the road and drop down to the beach, with views across the water to the bridge and a white-washed cottage backed by wooded hills.

This is a beach to potter along: taking time to paddle in the water, swing on one of the tree ropes and enjoy a picnic. Aim for the headland before retracing your steps along the beach and through dunes to your starting point. 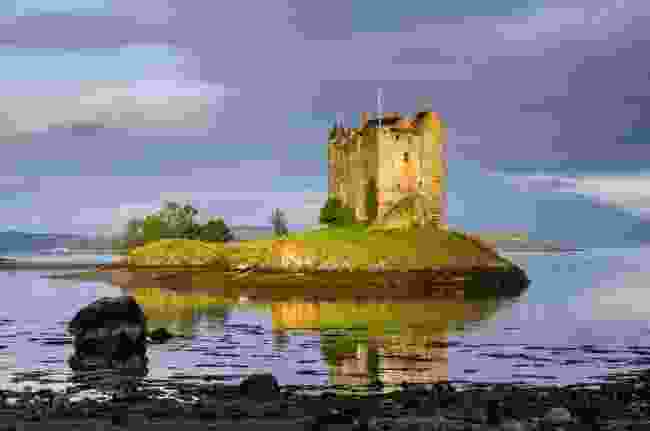 This level two-mile walk takes the rambler across a rickety footbridge and boardwalk spanning Loch Laich, then along a cycle path to the seashore opposite Castle Stalker. The views over the glassy waters to the 14th century castle surrounded by sloping woodlands and the mountains of Argyll are sublime.

Starting from Jubilee Bridge Car Park on the Tyneribbie road, take the path down to the footbridge, pausing to enjoy the expansive views over the shallows and salt marshes of Loch Laich. On the other side of the bridge, continue through hazel trees until it meets the cycle path. Turn left and follow it until you reach barrier gates, which appear just before a lane and some houses.

Go left again through a farm gate and follow the line of trees to the shore. Turn right and head along the shore until Castle Stalker comes into view. The four-storied tower house, cut off at high tide, is privately owned - though there are boat trips and tours on a select number of summer days. Drink in the heart-soaring views of the island castle surrounded by sea and mountains before retracing your steps. 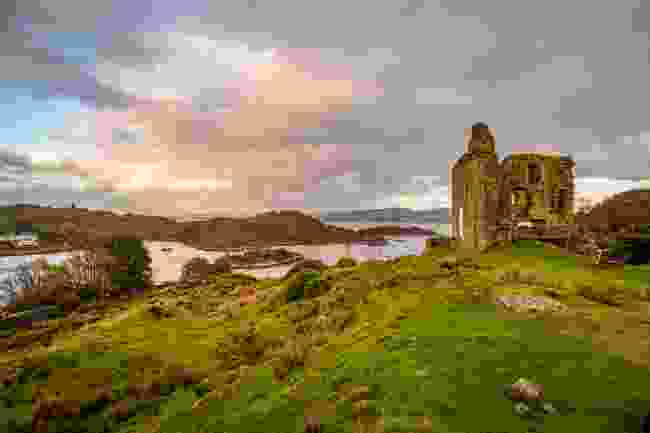 This is a superb three-mile circular walk on the Kintyre peninsula. It starts at Tarbert quayside with its colourful waterfront houses before climbing up to the romantic ruins of the castle keep that stands sentry over East Loch Tarbert.

From Tarbert walk along the Harbour Road on the south side of the quay, then head up steps signed The Kintyre Way. Climb more wooden steps to the castle, pausing to drink in the views of the harbour below, then follow the grassy ramparts to the medieval keep. After exploring the 15th century ruins continue on The Kintyre Way, keeping left to walk parallel to the sea.

Keep left again to follow the longer route uphill with great views over to Cowal Peninsula. Continue over streams and footbridges until you meet a forest track. Turn right onto it and right again to drop down through trees and open hillside to Tarbert Castle and the village again. 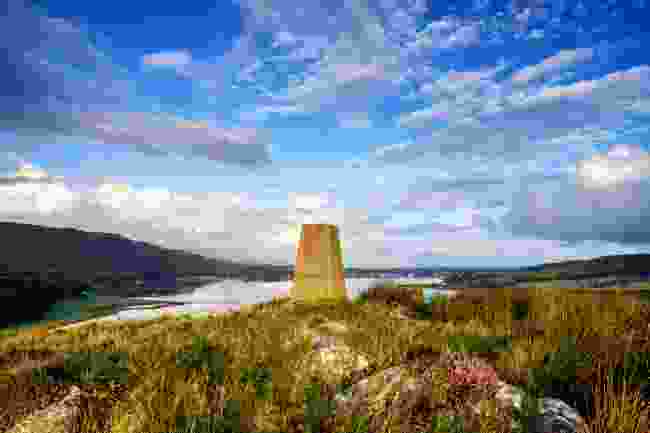 Mull of Kintyre - oh mist rolling in from the sea - was immortalised in the nostalgic Paul McCartney song, overlaid with soaring bagpipes.

This straightforward there-and-back two-mile walk follows a tarmac road to the base of the peninsula. It’s a lonely spot, where the long finger of the Kintyre peninsula comes to an abrupt halt. Here sea mists do indeed roll in, and nesting seabirds reside rather than humans.

Park at the top of the headland (no access for vehicles beyond), high above the lighthouse, and drop down the steep hair-pinned tarmac road. It feels like the end of the world here, though Northern Ireland is just 12 miles across the sea.

On clear days, you can make out Rathlin Island, the Glens of Antrim and Malin Head. Continue on until you reach the lighthouse, built by Robert Stevenson. Watch the waves crash on the wild, rocky shore below the lighthouse before following in your own footsteps, back to your starting point.

7 of the best coastal walks in Scotland

The best hikes and strolls in the Cairngorms