5 of the best walks in Windsor and Berkshire

Looking for delightful trails through an archetypal English countryside of castles, woodlands and rolling hills? You’re in for a right royal treat, then, on these walks in Windsor and Berkshire...

Officially recognised by the Queen as the Royal County of Berkshire, this region of undulating countryside, farmlands, inky woodland and grand country estates – with Windsor Castle and its extensive Royal hunting grounds taking centre stage – offers some gentle but interest-filled walking. Here are some of Berkshire’s best rambles. 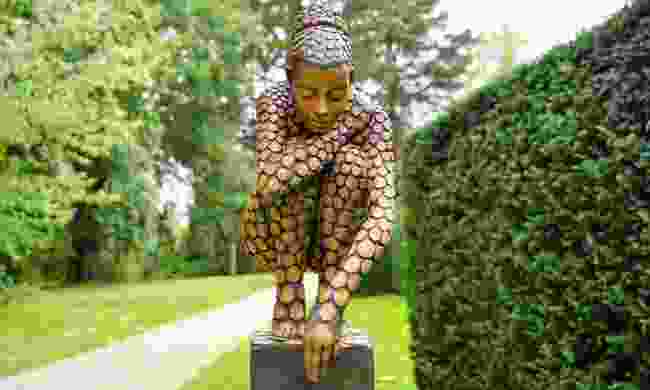 Extending over 5,000 acres, Windsor Great Park is criss-crossed with miles of pathways that lead through gardens, woodland, tree-lined avenues and along lakes.

This eight-mile walk circumnavigates two of the park’s lakes. There’s plenty of interest along the way, from a cascading waterfall to a totem pole and towering obelisk.

Park on Wick Lane and continue to Savill Garden. Savill Garden is a delightful combination of semi-wild woodlands and landscaped gardens. One particularly delightful rose garden was opened by Her Majesty Queen Elizabeth II in 2010.

Meander through the ancient royal hunting grounds that date back to Norman times and make a whole day of it. After a cuppa at Savill Garden Kitchen, head south to the Cumberland Obelisk and continue along Rhododendron Ride. Follow the path along the south and west side of Obelisk Pond and on through the Royal Landscape.

Take the tarmac road south to reach Virginia Water. Follow the waterside east along the edge of Valley Gardens, then continue along the south shore, where you can detour to the Belvedere Arms for lunch.

Finally, head north-east to cut across a northern arm of Virginia Water and take a right turn to meet the Rhododendron Ride again. From there, you can retrace your steps to Wick Lane.

2. The Long Walk from Windsor Castle 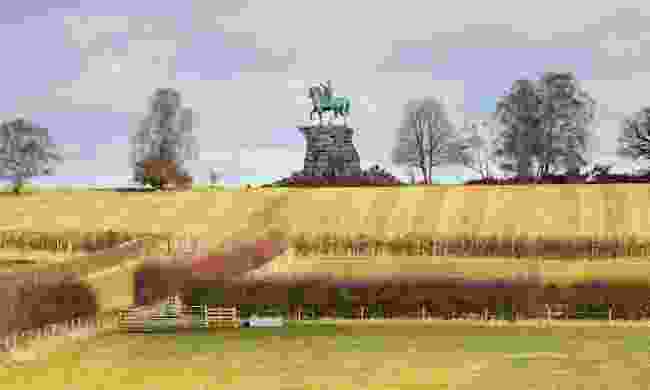 One of the most iconic views in Berkshire – and indeed the whole of England – is The Long Walk (two-and-a-half miles long to be precise).

It begins at the historic town of Windsor with its monumental royal residence, the largest occupied castle in the world. Follow in the footsteps (horse and carriage tracks) of the royals, enjoy a picnic and take in the double-sweep of chestnut and plane trees.

Starting from the town of Windsor, established by William the Conqueror, follow the tree-lined avenue to the resplendent statue of the Copper Horse, a memorial to King George III. It’s a good spot to take in the straight-as-a-die carriageway and royal parkland.

Retracing your steps through the park, look out for the herds of red deer that have roamed the area since the Middle Ages, when Windsor Great Park was established as a hunting ground.

As you cross the A308 and return to Windsor, the imposing Windsor Castle looms ever larger, a building of spectacular proportions on the skyline. Back in Windsor, refuel in one of the town’s tearooms and take time to explore the castle and its surrounds.

3. Newbury to Hungerford along the Kennet & Avon Canal 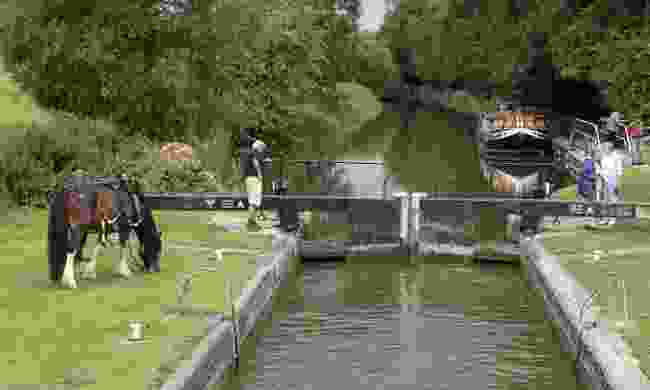 This flat nine-mile walk follows the Kennet and Avon Canal from Newbury to Hungerford, passing numerous locks and bridges, as well as the idyllic village of Kintbury.

It’s best walked in summer when the waterway is busy with canal boats. Enjoy the meadows and woodlands that straddle the towpath all the way to Hungerford, where a local train can whizz you back to your starting point.

From the pedestrianised high street in Newbury, duck down the alleyway opposite Costa and follow the path around to the footbridge that continues on to Newbury Lock. Cross the bridge and follow the surfaced lane, the canal flowing to your right.

Leaving the handsome cottages and townhouses of Newbury behind, and continue into the countryside where houses and streets give way to fields and moored canal boats. Pass Monkey Bridge, with Northcroft Park on the other side, keeping to the left bank of the canal. At Guyer’s Lock, cross over the bridge, back on the right side of the canal and continue past Higgs’, Benham and Hamstead locks.

From here, the path squeezes between the canal and River Kennet, then railway, before emerging at pretty Kintbury, the perfect place for a lunch break. At Dun Mill Lock, cross over the last turnover bridge and follow the waterway on its south side all the way into Hungerford. 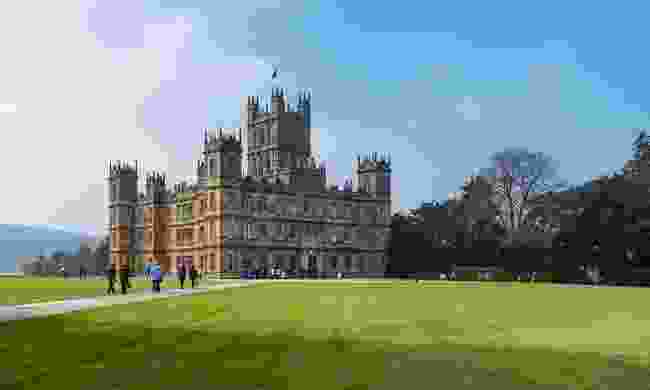 This ten-mile walk takes in the estate of Highclere Castle – better known to fans of period drama as Downton Abbey.

You'll need to set aside a whole day to enjoy both Beacon Hill and the country estate. The walk straddles the counties of Hampshire and Berkshire, finishing in the estate of Berkshire’s famous stately home.

From the car park below Beacon Hill, start your walk by tackling the climb up to the Iron Age hill fort with great views over Highclere Castle estate and the Berkshire countryside. Lord Carnarvon of Highclere Castle is buried here.

Return to the car park and cross the bridge over the A34. Cross the road and follow the fingerpost to the village of Old Burghclere. Take the northbound road to join a track on a bend and carry on in the same direction through fields. Take a left turn to join the Brenda Parker Way, winding your way west to the A34 again, then cross another bridge that leads to the entrance of Highclere Castle.

If the castle is open (summer season), it’s worth exploring the 19th century Jacobean house and grounds with its gardens, lakes and woodland trails. Continue along the Brenda Parker Way through Park Dale and Highclere Woods to Highclere Farm, before retracing your steps to Beacon Hill car park. 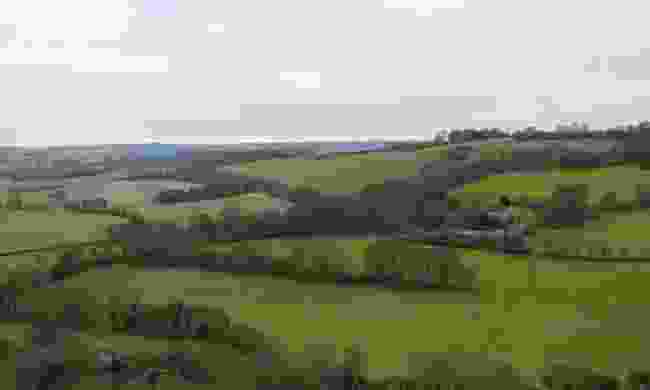 The view from Walbury Hill (Shutterstock)

The walk up Walbury Hill and back is an easy one-mile ramble, with a short, sharp climb to the summit.

Take a picnic and enjoy the views of the surrounding Berkshire countryside on the county’s highest point. On warm summer days, linger to watch the paragliders take off from the top.

Park at Combe Gibbet Car Park and follow the Test Way south-east, before taking a right turn to climb the well-defined grassy path to the summit of Walbury Hill and Walbury Camp, an Iron Age hill fort. Enjoy the views and a picnic before tumbling off the hill to return to the car park.