7 of the best walks in Guernsey

Guernsey's 35-mile coast can be walked in just a week. Here, we reveal the best walks to break up the coastline and soak up the Channel Island's core sights, ideal for walkers of all abilities...

The 35-mile coast of Guernsey can be walked in less than a week. Low on time? Break up the walks and explore the island’s highlights: a causeway islet; country lanes and woodland pathways; wild coastal cliffs, hidden coves and sandy bays.

Along the way, visit ancient churches, Napoleonic watchtowers and German fortifications from the occupation.

Here are some of the best walks the island of Guernsey has to offer... 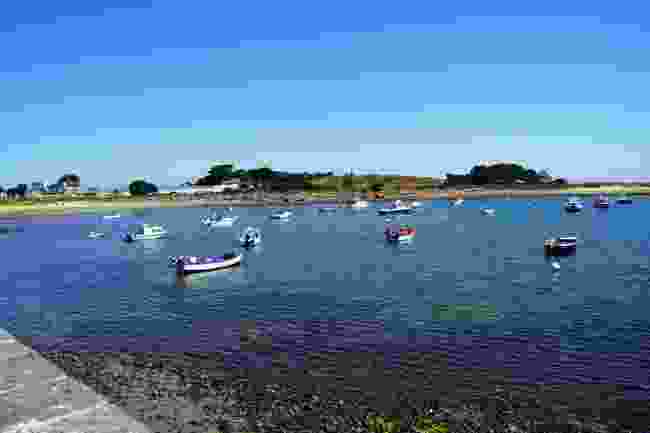 This two-hour ramble around Bordeaux in northeast Guernsey combines historical monuments with coastal scenery. From Castle Road, the views take in a sweep of islands: Herm, Sark and Alderney.

Explore the fortification of Vale Castle on the hillside with its six round towers, battlements and square gatehouse. Continue north along the coast to Bordeaux Harbour, a horseshoe-shaped natural harbour bobbing with sailing vessels.

Pass the islet of Hommet Paradis, then turn inland to Dehus Dolmen, an impressive Neolithic burial mound. Inside, the low prehistoric passage opens out at a burial chamber where the stone-carved Guardian of the Tomb protects the site with bow and arrow.  Return through the back streets of Bordeaux to the sea. 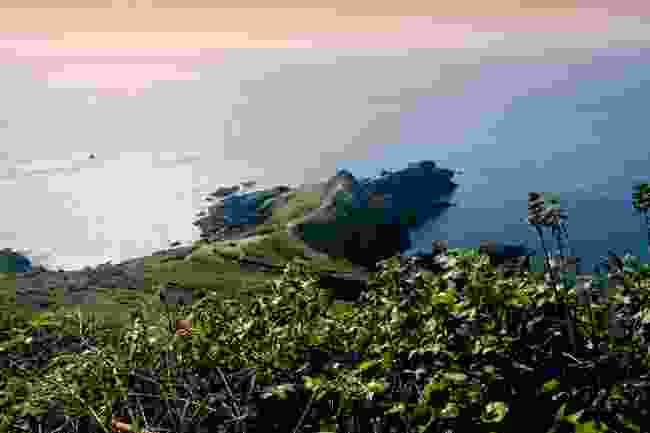 From the shingle beach with its shoreline café and round tower at Fermain Bay, follow the wooded coastal path to Marble Bay, a secluded cove in the southeast tip of the island. Continue past rocky outcrops and tidal pools to St Martin’s Point.

Climb down the steps and cross the bridge to Guernsey’s most south-easterly point, where the signal station foghorn will ring in your ears on foggy days. Two hundred and thirty steps or so lead up to Jerbourg Point – and a kiosk for a well-earned pit stop.

La Moye Battery at the western end of the point is the site of another defence. Continue along the western side of Jerbourg Point back to your starting point at Fermain Bay.

The three to four-hour trek, with some challenging ups and downs, has it all: wild headlands, plunging cliffs, deep-cut coves and island views.

3. Petit Port Bay to Saints Bay, in the footsteps of Renoir 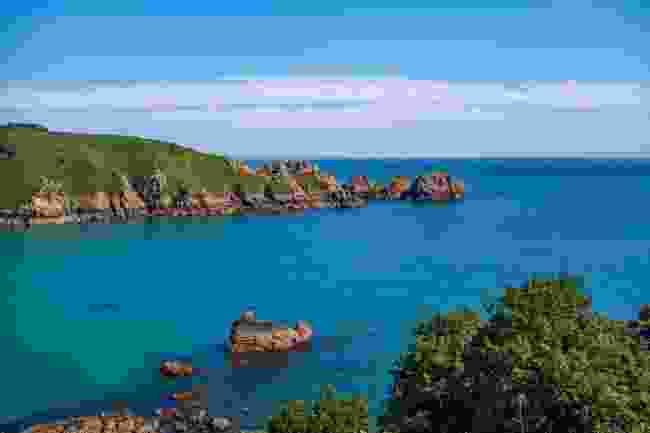 At Petit Port Bay on the south coast, 270 steps descend to the secluded beach at the base of the cliff, its white sands uncovered at low tide.  Further west, the views from Moulin Huet Bay across to the jagged Pea Stacks inspired Pierre-August Renoir to paint the scene.

Relax in the coastal garden at Moulin Huet Tearooms before continuing in the footsteps of the French Impressionist artist to the curious rock formations and caves at the Dog and Lion Rocks.

Finish at Saints Bay Harbour with its 18th century round tower. Allow up to two hours walking time, one way.

4.The island of Lihou 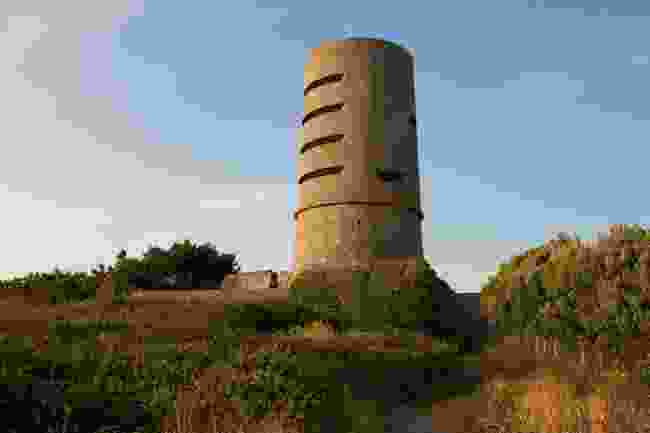 An island off an island, Lihou is approached by an ancient causeway of cobbled stones at low tide (check times) from L'Erée Headland on Guernsey’s west coast.

One of the Channel Islands’ most romantic walks, the path circumnavigating the tiny island is an easy two-mile stroll skirting shingle beaches, islets, rocky outcrops and inter-tidal pools.

Explore the medieval ruins of St Mary’s Priory and take a bracing swim in the deep natural rockpool at Venus Pool, if you dare.

5. Into the heart of Guernsey 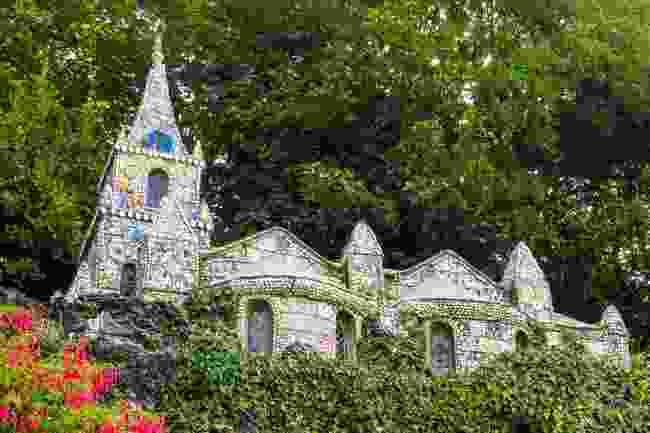 This walk in Saint Andrew’s, Guernsey’s only coastless parish, boasts countryside tranquillity and some interesting landmarks. The three-hour route meanders through valleys, woodland and meadows, taking in a chapel covered in mosaics and a historic watermill.

Start at Le Preel and follow the Ron Short Walk, with views opening out to Talbot Valley, then head south through woodland to the Little Chapel at Les Vauxbelets.

Inspired by the Basilica at Lourdes, it’s encrusted, inside and out, with shells, colourful glass and china. Head west, then north back to Le Preel along country lanes of traditional buildings, including an 18th century watermill at Les Niaux.

6. Forts, bays and beaches along the north-west coast 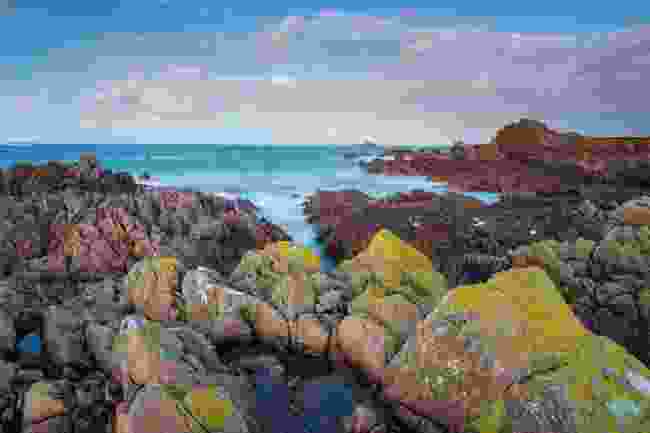 From Albecq follow the path across Vazon Bay Headland to Fort Hommet, dating back to 1680. A Martello tower was added in 1804, while the Germans tightened the defence during World War II with bunkers and armoured casemates.

The coastal route follows the beach at Cobo Bay, where the Guernsey flag is hoisted on a rocky outcrop out at sea on Liberation Day, the Grosse Rocque.

Walk the white scalloped strands of Grandes Rocques (with another fortification) and Port Soif, finishing the two-hour coastal ramble at Port Soif Nature Reserve. There are plenty of beach kiosks, fish bars, traditional cafes and restaurants along the way to stave off hunger. 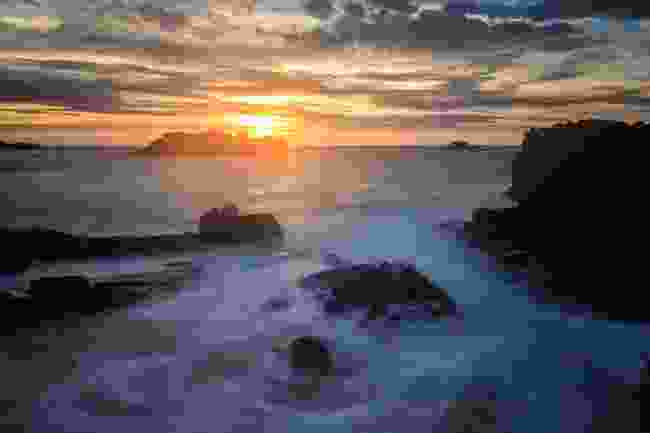 This two-hour stroll through parkland, gardens and nature trails, starts at Saumarez Park with its café, Folk & Costume Museum, Victorian walled kitchen garden and plantations of camellias and bamboos.

For a range of detailed walks, maps and audio guides, check out Visit Guernsey Guernsey’s annual walking festival takes place in early autumn and in spring

Discover more of the Channel Islands:

5 reasons to go to Guernsey now