7 of the best places to stay in Sri Lanka

Make your trip to Sri Lanka even more special with a sleepover in one of these unique hotels, although don’t blame us if you can’t bear to leave… 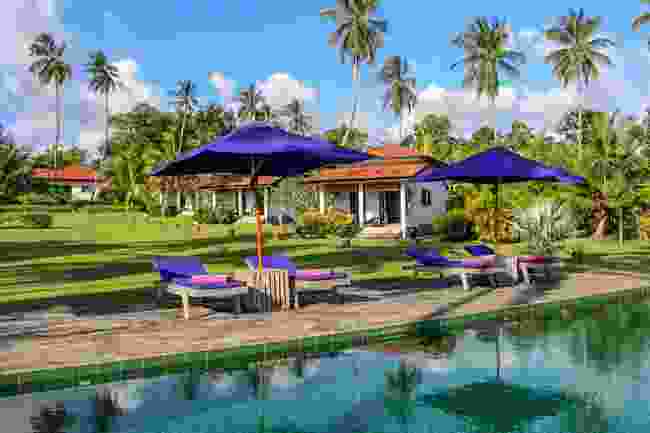 This sleek bed and breakfast feels like a stylish home from home – guests are invited to help themselves to snacks and (non-alcoholic) drinks from the bar, or explore the countryside on the property’s bicycles.

Accommodation takes the form of a villa or one of three one-bedroom bungalows, named after the three sons of Don Hendrick Wickramarathne, a local judge who built the house in the early 20th century.

After stumbling across the property in 2010, current owners Raf and Harold subsequently transformed it into a boutique hotel, and it’s now one of Tangalle’s most charismatic stays. 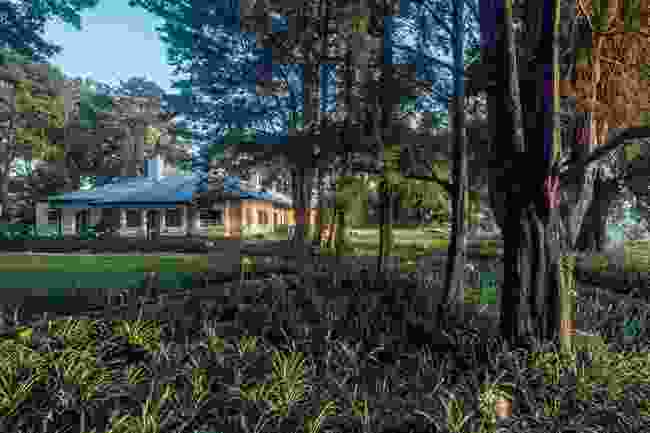 A beautiful four-bedroom estate manager’s bungalow-turned-hotel on a working tea plantation, Goatfell opened in October 2018. Our favourite spots are the living rooms, with their log fires and fantastic views over the tea fields.

On second thought, make that the hammocks dotted around the property – or maybe the fabulous L-shaped swimming pool? Everything feels rather splendid here – there’s even a butler on hand to cater to your every whim.

What’s more, Sri Lanka’s central highlands are on your doorstep, with the grasslands and escarpments of Horton Plains NP serving up some of the best hiking in the country, including incredible views at World’s End. 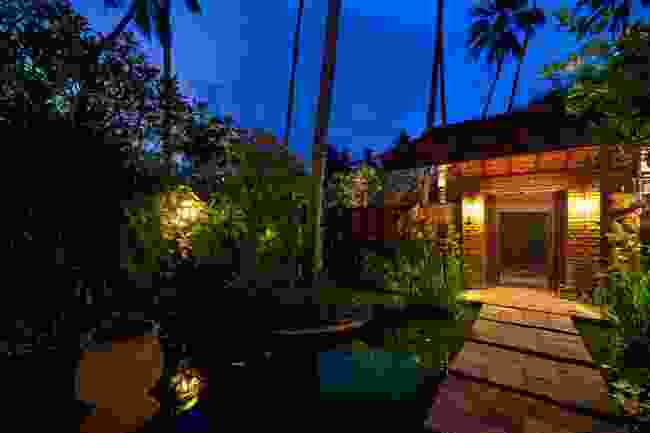 A tropical hideaway just 30km south of Colombo, Reef Villa and Spa is filled with reminders of the past, whether it’s the original mismatched floor tiles, the restored wood and brass ceiling fans, or the hand-carved wooden fretwork throughout the building.

The Daladawatta Maha Viharaya temple and the Gangatilake Stupa (the only entirely hollow Buddhist stupa in the world) are all within easy reach, and staff can organise private boat excursions on nearby Bolgoda Lake, a huge expanse of freshwater where you can spot purple herons, pelicans, cormorants and kingfishers. 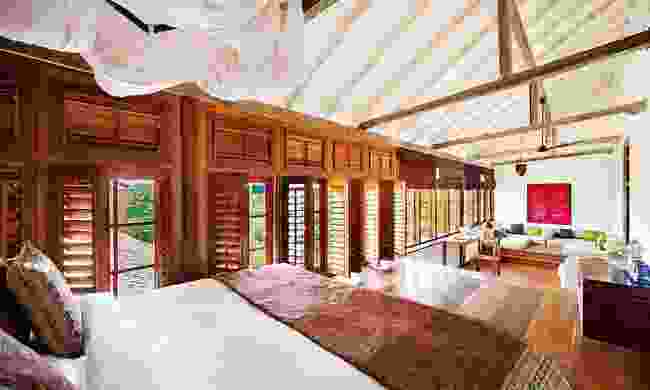 Galle Fort is a fine remnant of Sri Lanka’s colonial past, its walkable streets still veining the walls of this old UNESCO-listed port city.

To soak that history in, it pays to stay somewhere within those walls. This hotel started life as a single 18th-century mansion, even if its suites now fill several heritage buildings.

Rooms are furnished with old writing desks and daybeds. Nods to the past come in various forms, including a 1945 Morris Minor – staff will gladly take you for a spin – while the frangipani-filled courtyard is a fine dinner spot. 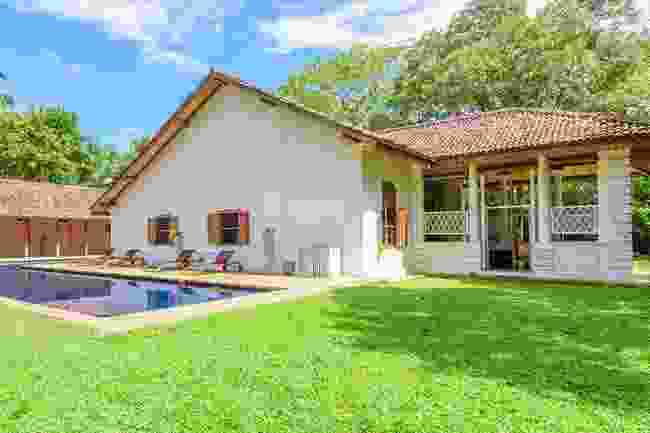 There are just five suites in this 19th-century manor house, which British interior designer Niki Fairchild discovered in 2004 and restored to glory with the help of Sri Lankan architect Pradeep Kodikara.

The gardens are charming, and some of Sri Lanka’s best beaches are just a few kilometres away. Five species of turtle nest on the coast here year round, but the main season is between April and July when evening turtle-watching tours are common. There’s also a surf school nearby where you can learn to hang ten. 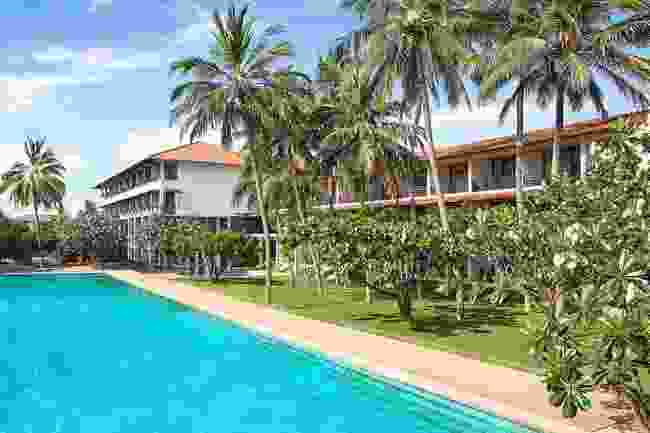 Don’t be put off by the fact that Jetwing is one of Sri Lanka’s biggest hotel brands – this beautiful property has the feel of a boutique hotel, thanks to the Sri Lankan architect behind it, the late Geoffrey Bawa.

Rooms are modern and spacious, and there are two pools, a spa, tennis court and gym. We also love the emphasis on sustainability: the hotel was the first in Sri Lanka to use solar panels to heat its water, and there’s an organic garden and even a treatment plant processing wastewater for irrigation. 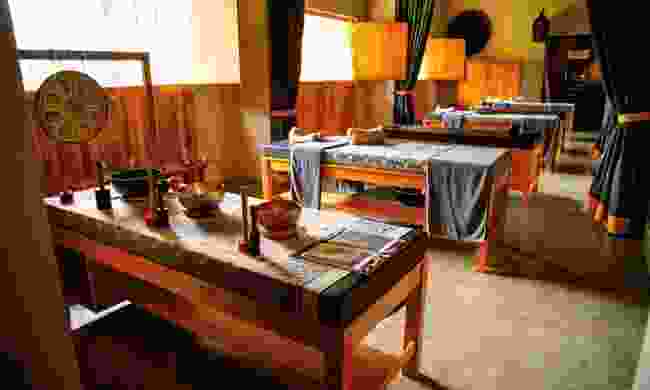 While most associate tea with Sri Lanka, its most important export, historically, has always been cinnamon. This gorgeous boutique hotel is not only set in the midst of a fragrant former cinnamon plantation but has one of Sri Lanka’s finest spas and infinity pools.

There is a definite touch of luxury here, and the villas even come with their own butler. We also love the property’s location, just a short walk from laid-back Pitiwella beach and around 10km from Galle. Further west, along the coast, take a riverboat safari through the mangroves of the Madu River to learn more about the cinnamon trade.

8 of the best sleeps in Marrakech

7 of the best hotels in Luang Prabang