Polish cuisine has evolved over the centuries to become very eclectic. Due to Poland’s history, it shares many similarities with neighbouring German, Czech, Slovak and Silesian culinary traditions. It has also been widely influenced by other Central European cuisines like Austrian, Hungarian as well as French, Italian and Turkish.

Just like many other Eastern European cuisines, Polish food consists of a lot of meat, cabbage, potatoes and dairy – simple, not the most pretty and gastronomic to look at, but packed full of flavour, nutrition, and vitamins from seasonal and fermented vegetables thrown in. Just delicious.

The more traditional dishes are often demanding in preparation. Many Poles allow themselves a generous amount of time to serve and enjoy their festive meals, especially Christmas Eve supper or Easter breakfast, which can take a number of days to prepare in their entirety.

Here are 7 Polish dishes you absolutely must try... 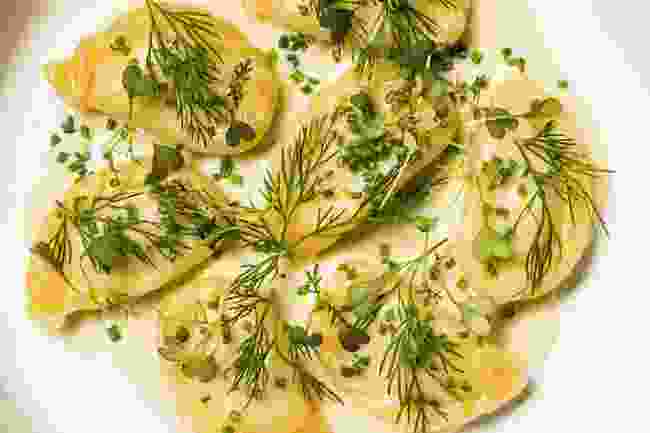 Pierogi are made of thinly rolled-out dough, which is poached in water, stuffed with filling and, depending on the type, fried till crisp. There are endless varieties of fillings, both savoury and sweet, to include: meat, sauerkraut, wild mushrooms, cheese, bilberries and strawberries.

Pierogi ruskie (Russian-style), which surprisingly originate from Ukraine and Poland as opposed to Russia, are stuffed with potato, twaróg (a type of cottage cheese) and onion. They are topped with crispy onion and pork crackling, with a side of sour cream. 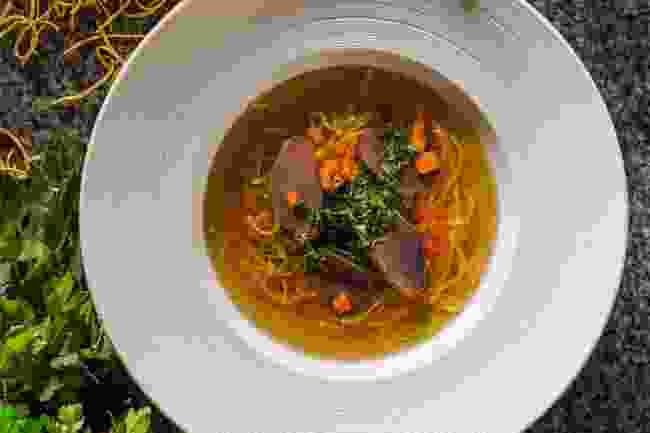 There are countless soup types in Poland – perhaps because the average person eats soup as part of their meal few times a week. Rosół is the most common broth, usually made out of chicken or beef, then served with noodles and chopped parsley.

Rosół can provide a two course meal: soup to start, quickly followed by the meat in which it was cooked, served with potatoes, vegetable salad and mustard. It is believed to have medicinal properties, so it's often eaten to battle cold or flu. 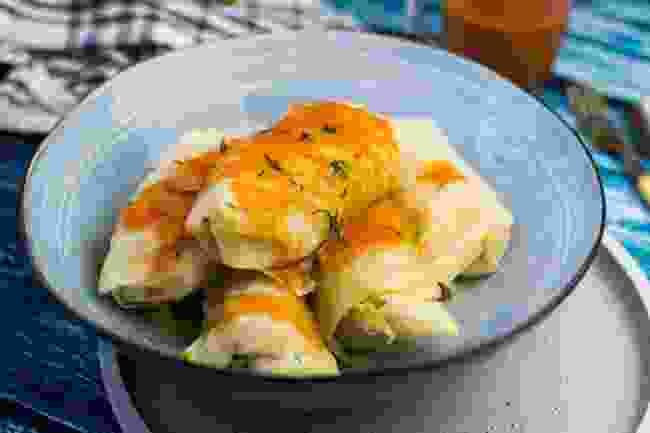 Gołąbki translates to ‘little pigeons’, although these cabbage rolls have nothing to do with birds at all. Typically, cabbage leaves are wrapped around a filling of minced pork shoulder and rice. The rolls are then braised in stock and served with clear broth, or tomato and sour cream sauce.

There are other variations, too. Gołąbki can be stuffed with poultry, mutton or even made vegetarian, with a potato, buckwheat and lentil base. With a sensational aroma and delicious flavour hitting you from the very first bite, these cabbage rolls are easy to devour. You'll want a few, at least! 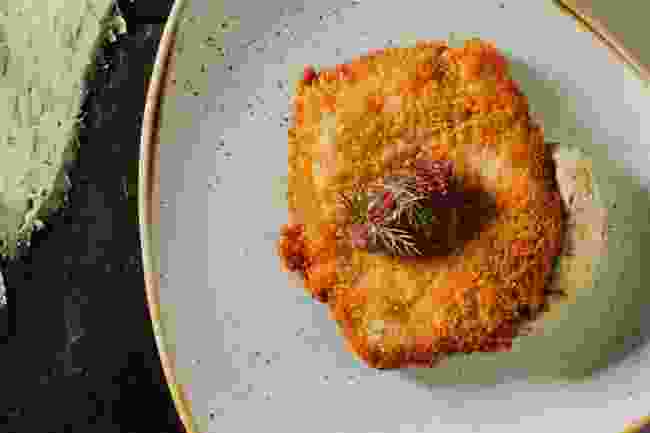 Poland’s finest and most popular main course is kotlet schabowy: flattened and breaded pork chop (sometimes chicken breast), which is fried in lard or clarify butter. Sometimes, it's served with bone.

Sides include crushed, buttered potatoes and – depending on the season – cooked and grated beetroot, sauerkraut salad or mizeria (cucumber, dill and sour cream salad). Kotlet schabowy is easily the nation's favourite dish, and it continues to be served at weddings and family dinners all over the country. 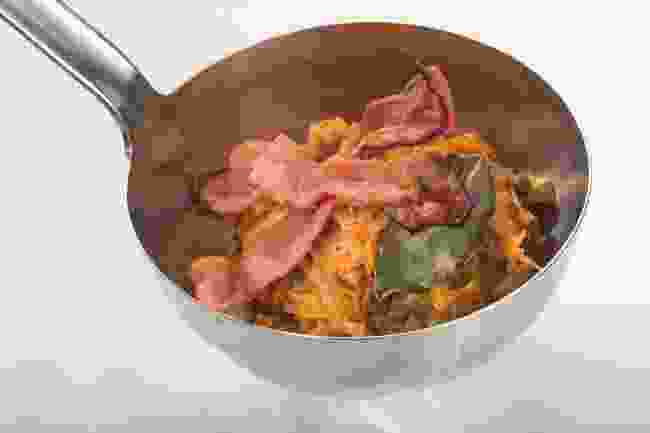 Bigos, also known as ‘Hunter’s Stew’, is a meaty dish and the epitome of Polish nourishment. It's a hearty combination of stewed sauerkraut, various meats (whatever is around), smoked sausage, wild mushrooms, spices and a few prunes.

It is a popular one-pot dish, once upon a time cooked over the fire and consisting of whatever meat hunters had brought home, mainly wild boar or venison. It is a meal in itself, best eaten alongside thick slices of crusty sourdough bread and butter. Top tip: Bigos tastes better as time goes on, so eat on the third day, after it has been warmed and cooled a few times. 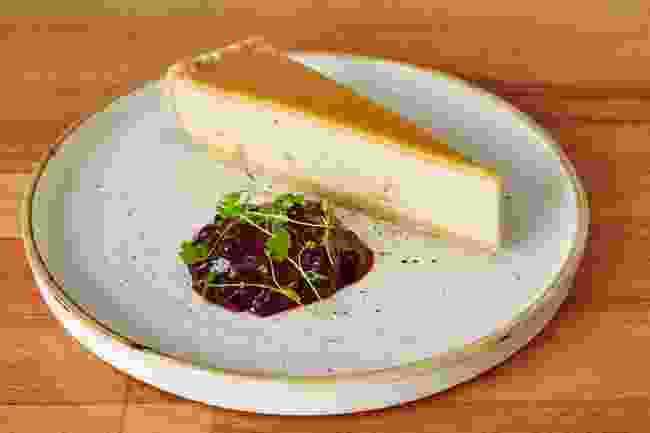 Sernik is made out of twaróg – that sweet curd cheese mentioned earlier – plus ricotta or quark, and plenty of egg yolks.

There are many kinds of sernik. When it comes to the base, some choose a version that is half-crispy, some omit it entirely. Orange peel, raisins, crumble or chocolate is often added. Sernik is baked in the oven and is eaten all year round, but it is always made for Christmas, weddings and other important celebrations. 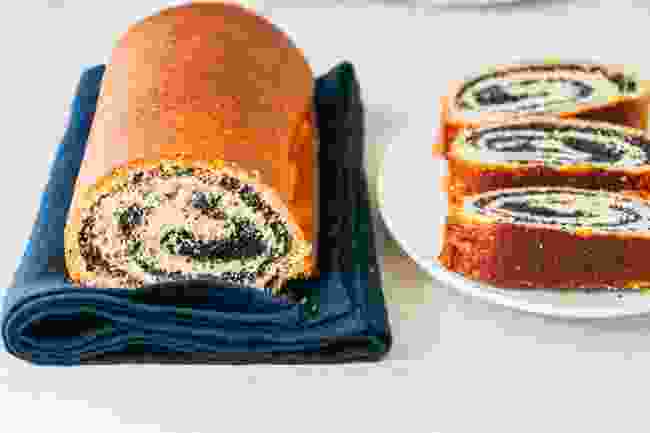 In the Christian tradition, a poppy, containing thousands of seeds in one head, is a symbol of harvest and fertility. Therefore, traditionally Poles and other Slavs believed that eating poppy-seed cake during the holidays of Easter and Christmas would bring them luck in life.

Makowiec is a strudel-esque, yeast-based cake. Filling spun inside is made of finely ground poppy seeds, honey, butter, raisins and walnuts. The cake is then glazed with icing and finished with orange peel. In some parts of Poland, it's traditional to make the cake with poppy seed mix only, forgetting dough entirely. 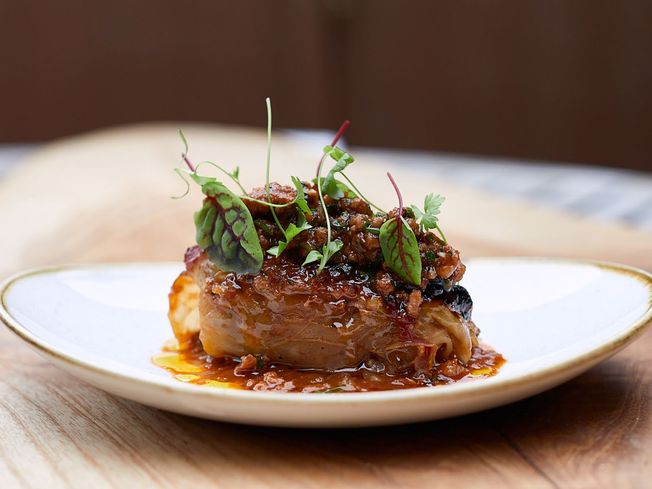 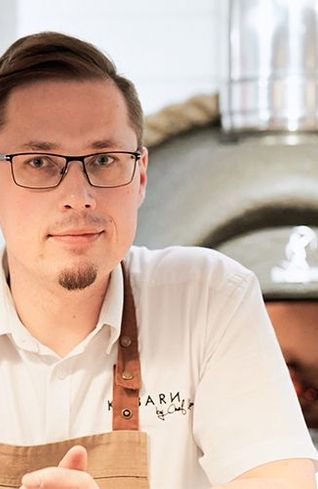 He opened non-profit initiative KUBARN in November 2019. It is the smallest development kitchen in the UK, located in 95 sq ft shed in his own home garden. He invites diners to comment on his food, style and concept, ahead of opening his first full-sized restaurant in autumn 2020.

The best Andalucian food for beginners to try