5 of the best places to see zebras in Africa

You'll find zebra in most national parks in eastern and southern Africa. but these are truly unique zebra experiences – like walking amongst them or witnessing a breathtaking mass migration... 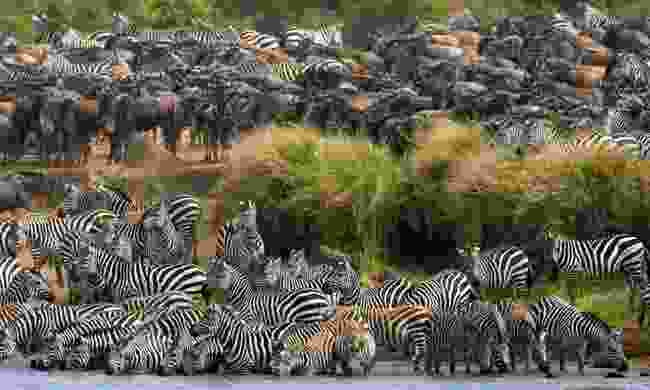 Zebra crossing the Mara River during the Great Migration (Shutterstock)

The largest terrestrial mammal migration in the world, the Great Migration sees vast herds of wildebeest, zebra and antelopes following the rains between the grasslands of Kenya’s Masai Mara to the vast plains of Tanzania’s Serengeti.

It is one of the natural world’s greatest spectacles, and while people tend to associate it most closely with wildebeest, over 300,000 zebra make the journey as well. Indeed, wildebeest and zebra make perfect travelling companions. Although both feed on grass, they prefer different parts, allowing them to graze in harmony.

What kind of migration experience you get depends on the time of year you visit. Head to the southern plains of the Serengeti between January and March and you’ll witness the herds gathering to give birth, with vast numbers of zebra stretching as far as the eye can see.

Come July to October and the Mara River is the place to be, as herds of grunting and bellowing zebra and wildebeest attempt the treacherous crossing between the northern Serengeti and the Masai Mara and back again. 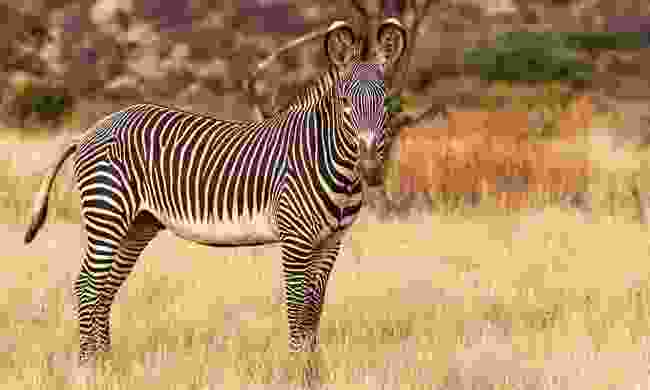 Grevy’s Zebra are the largest breed of Zebra and also the most endangered. Once common across north-east Africa, with herds ranging from Djibouti and Sudan to Kenya in the south, today they can only be found in Northern Kenya and Ethiopia.

Worse, their numbers are plummeting. There are now less Grevy’s Zebras than rhinos, dropping from 5,800 to just 2,000 over the last few decades.

Buffalo Spring Nature Reserve, near Isiolo in Northern Kenya, is one of the few places Grevy’s zebra flourish. The zebras here are actively monitored by the Kenya Wildlife Service and the data gathered is used to better protect them. 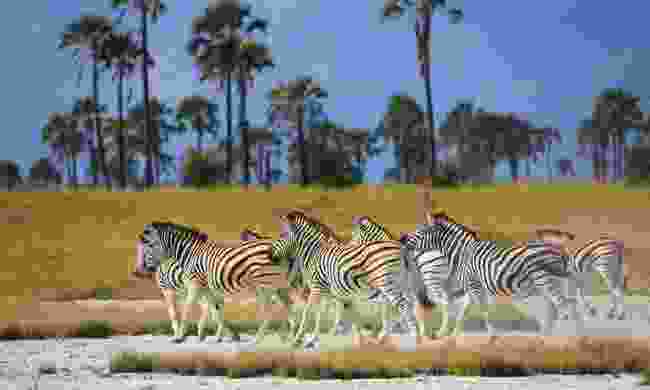 Zebras on the move in Makgadikgadi Pans National Park (Shutterstock)

When the Botswana government removed vast swathes of cattle fencing in the early 2000s, something magical happened. Vast herds of zebras began moving about the Makgadikgadi Salt Pans, following the rains and the grass it brings, reviving an age-old wildlife migration that had been disrupted by the intervention of man.

Herds of 25,000 to 30,000 zebra arrive in the south-west Pans in December, just as the rains turns the dry pans into lush grasslands. While zebras have to share the spotlight with wildebeest in the Great Migration to the north, here in Botswana it’s all about them.

When the dry season begins in April they head to the Boteti River on the western side of the park, staying until September when they follow the rain to the Kalahari, before turning to the south-west again in December.

Pick the right part of the Pans at the right time of the year, and you’ll witness black and white stripes as far as the eye can see. 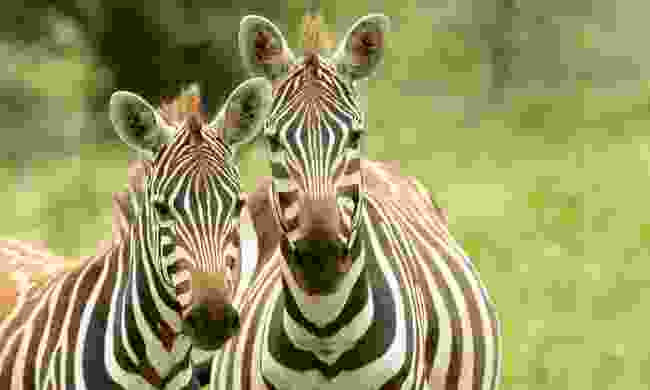 Tucked away in Ethiopia's south-west, on a bridge of land between Lakes Chamo and Abaya, Nechisar National Park is regarded as one of the most scenic in East Africa. It also supports huge herds of Burchell’s zebra, a subspecies of the plains zebra, that gather here groups of more than 100.

The park is also home to herds of Swayne’s hartebeast and Grant's gazelles, but surprisingly, very few lions. It is estimated that there are less than 10 in the park, and even those are rarely seen.

As such, visitors enjoy the rare chance to get really close to zebra, with some tour operators offering the opportunity to walk amongst them. Without the worry of an apex predator on the loose, they are less easily spooked. 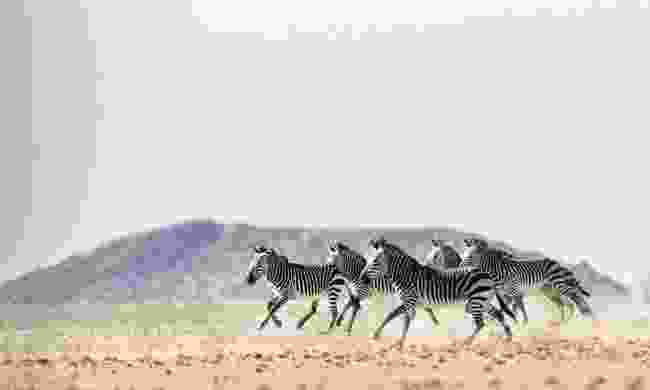 Burchell’s zebra are common all over Namibia, but Etosha National Park offers the rare chance to see them and a Hartmann’s mountain zebra as well.

Only found in south-western Angola and western Namibia, Hartmann's zebras are agile climbers and love the rocky terrain around Dolomite Camp in Western Etosha.

You’ll find the Burchell’s zebra wherever there is grass and water, more often than not in the company of other plains species like wildebeest, as well as elephants and giraffes. It’s rare, but if you’re really lucky, you might catch both types of zebra slaking their thirst at the same waterhole together.

The best places to see Africa’s other wildlife superstars:

The best places to still see rhinos in the wild

7 things you didn’t know about giraffes